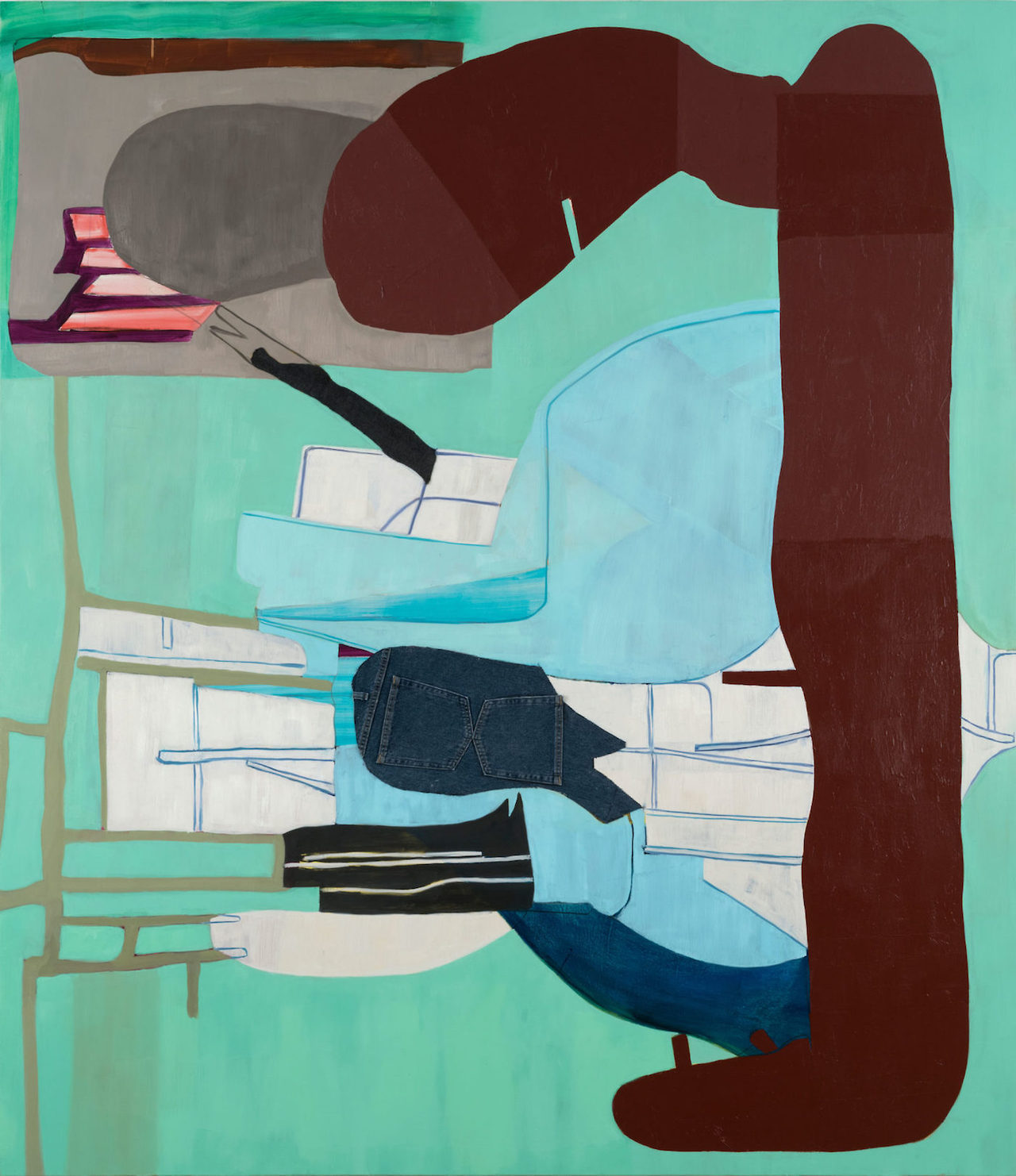 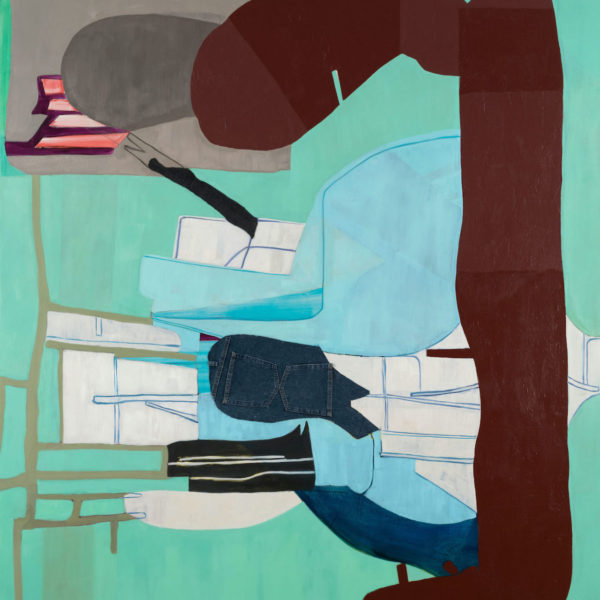 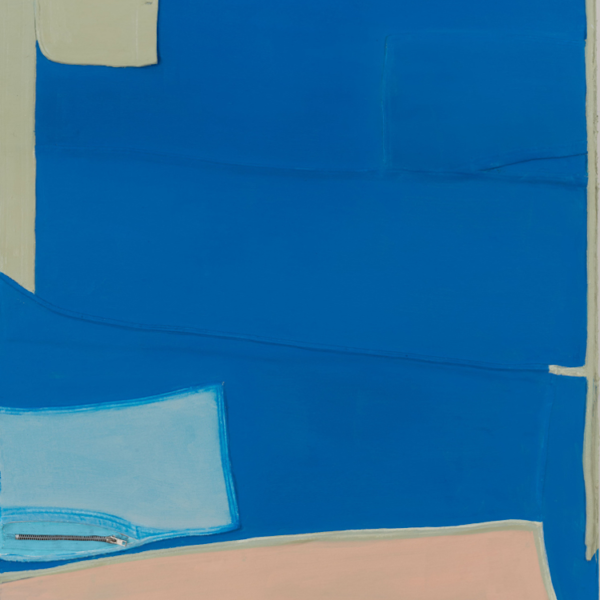 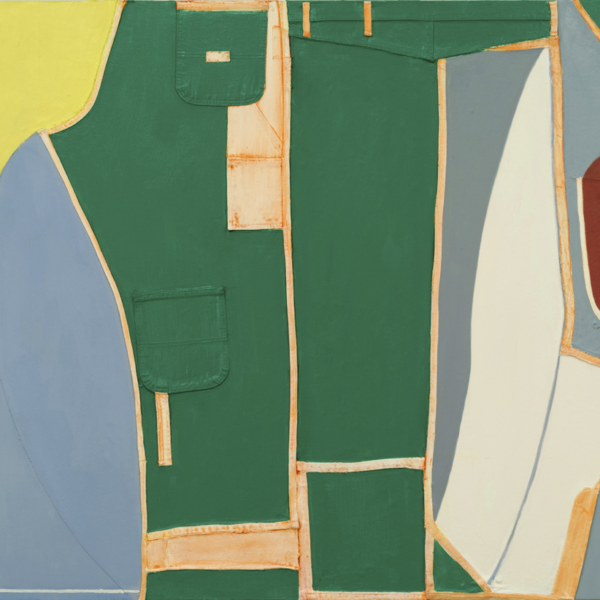 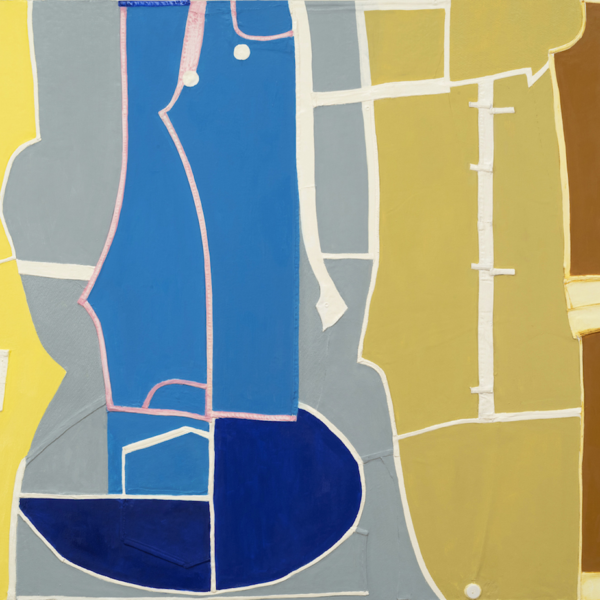 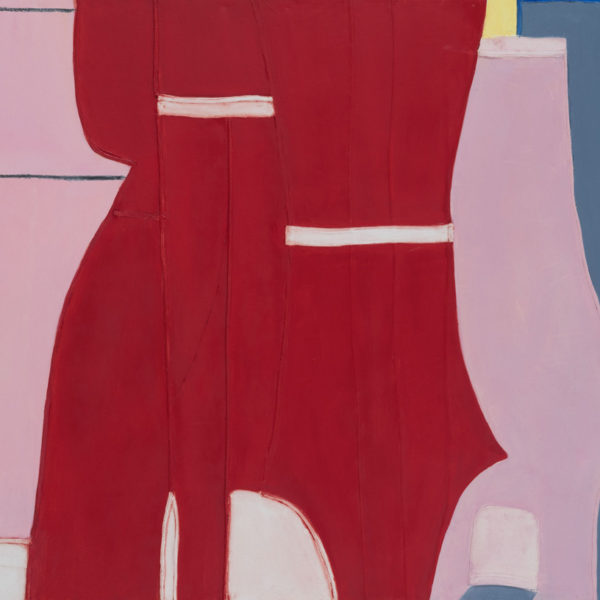 Ever wonder what your clothes would look like disassembled? If you’ve ever flipped through a tailoring book (this is a great one, if you need a reference), you may have seen something called paper patterns. Those are the technical drafts that go into making each of the panels of your clothes. And as familiar as a suit jacket or shirt can look, when they’re disassembled, those panels can look a bit alien.

Medrie MacPhee is using that to her advantage. The NYC-based artist is deconstructing clothes and turning them into paintings. And although the art is abstract, anyone who’s familiar with clothes will be able to spot the bits of tailoring here and there – the front panel of a sport coat with its accompanying patch pocket or the pieces that go into making a pair of five-pocket trousers. They’re small hints of the work being based in “real” and vaguely identifiable things.

Hyperallergic has a nice post about the artist’s work. An excerpt:

As my gallery-going companion said to me, seeing this show was like unexpectedly bumping into some old friends… even though we couldn’t quite remember where we’d first met. “A Dream of Peace” (60 by 78 inches, oil and mixed media on canvas; all paintings 2017 unless noted) typifies the collage-like method and appearance of the new work, in which broad areas of a single hue, outlined in (mostly) white piping are punctuated here and there by patch pockets, wide belt loops, big buttons, and puffy seams — indicators of sweat paints, pajamas and the like. These are pieced together in a way that synthesizes formal improvisation with the industrial imperatives of loungewear production. Featuring lemon yellow, two blues, warm earth pigments, and a pewter gray, the palette is designed for comfort.

The idea that a painting exists to clothe its structural support has yielded some laughs. In the mid-1980s, Dieter Roth used buckets of white glue to stick his old jackets, trousers and even pairs of shoes to sheets of plywood for his “Clothing Pictures.” A decade later, James Hyde made a line of “baggy” paintings, flouting the tightly stretched, Jordache-like norm.

MacPhee’s work probably has not much to do with Dada — either historical or Neo — but on the compositional level, “A Dream of Peace” reminds me of the great Man Ray painting, “The Rope Dancer Accompanies Herself With Her Shadows” (1916, Museum of Modern Art). While there is no little figure in MacPhee’s painting as there is in Man Ray’s, there are strongly figural echoes reverberating among jostling monochrome shapes and the twitching, snaking lines that visually bind them. Recurring curves build to a funny totemic cohesion in “In the Red” (45 by 55 inches), which also plays spindly brushstrokes and wan colors against a bold, central crimson mass in a way that recalls Amy Sillman’s pianoforte pictorial dynamics.

You can read the rest here. For more clothing-based art, see our posts on Joy Pitts and Hormazd Narielwalla.