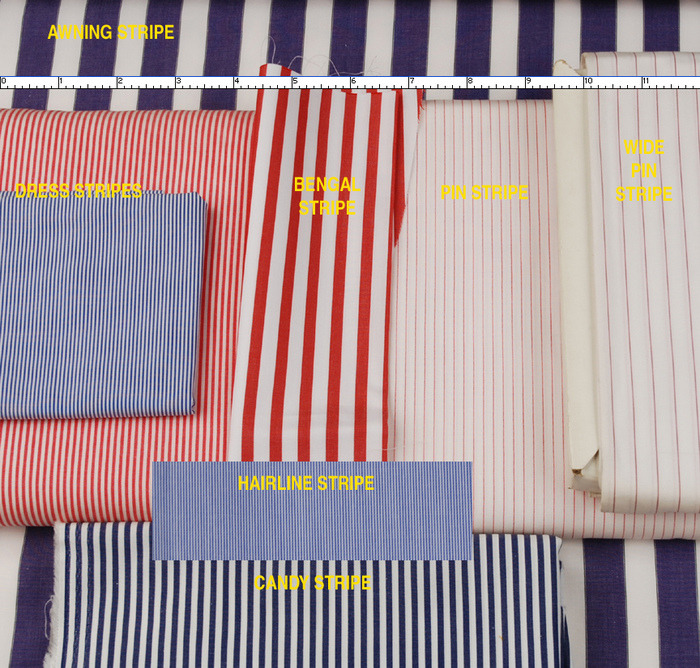 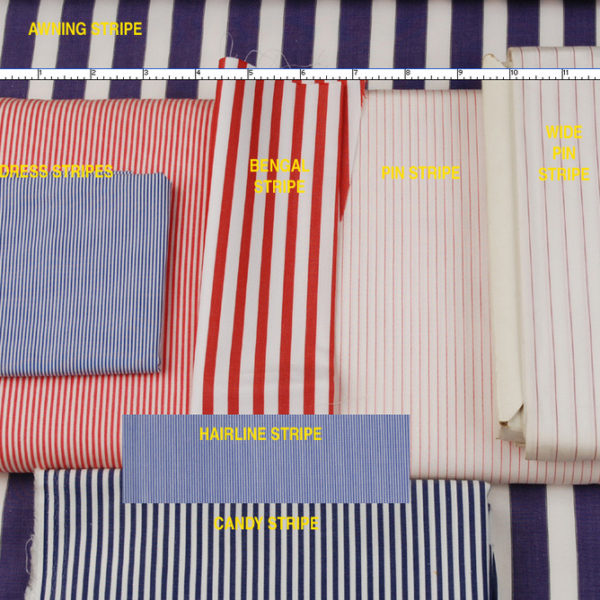 As long time readers may know, I’m a graduate student in his mid-30s, and I teach and study at a research university located in the Bay Area, a region somewhat known for its casual culture. One way for me to dress down my usual sport coat and wool trousers ensembles is through patterned shirts. If solid blue shirts are a good alternative when white is too formal, then patterned shirts can make things more informal still.

There are two basic patterns for shirts – checks and stripes, with each having varying degrees of casualness. The rule of thumb is that the bigger or bolder the pattern, the more casual the shirt is considered. For example, madras and gingham are more casual than graph check or tattersall. Gingham is that “picnic table cloth” pattern you see here, and madras is the colorful Indian interpretation of Scottish plaids, which we’ve covered here. Graph checks and tattersalls, on the other hand, are a bit more conservative, with the first looking like … well … graph paper, and the second looking like two or three graph checks overlaid on top of each other. Gingham and madras should probably be reserved for weekends, whereas graph checks and tattersalls can be acceptable in more casual office environments. In the fall, I think they can look especially smart under “textured” sport coats, such as ones made from tweed or flannel.

Stripes follow similar principles. A hairline stripe, which you can see above, is when the stripes are so close together than they resolve to a solid when viewed from a distance. As I write this, I’m wearing a light blue hairline stripe shirt with taupe tropical wool trousers and a patch pocketed navy sport coat. On some level, perhaps a light blue candy stripe or Bengal stripe would have been better, since I’m also wearing loafers. That way, the casualness of a bolder stripe would match the casualness of the shoes. Candy stripes are usually about 1/8” in width, whereas Bengals are a bit wider at 1/4”. Those along with dress stripes (also known as pencil stripes) are the three patterns I wear the most.

Of course, I still think you should have a strong foundation of solid blue shirts. Depending on your lifestyle, those will probably be the easiest to wear. However, I will say that I only own two solid blue poplin shirts, and don’t plan to get any more. I’ve found that lacking a pattern, solid blues tend to be more interesting in something that’s not a simple plain weave. End-on-end and chambray, for example, have a nice criss-crossing mix of blue and white threads, which give them a slightly more interesting look than a plain poplin, where no weave it detectable. Similarly, twills will have a subtle diagonal weave and oxfords will have a rougher basketweave. Like how bolder patterns should be considered less formal than subtle patterns, the rougher texture of an oxford should be considered less formal than an end-on-end, which in turn should considered less formal than a smooth poplin. However, since we live in a seemingly never-ending “casual Friday” these days in America, all these fabrics are more or less acceptable in most offices. Which means if given a choice, I favor slightly more textured cloths when wearing solids rather than smoother plain weaves.

To learn more about shirt patterns, consult these posts by Alexander West and Alex Kabbaz.