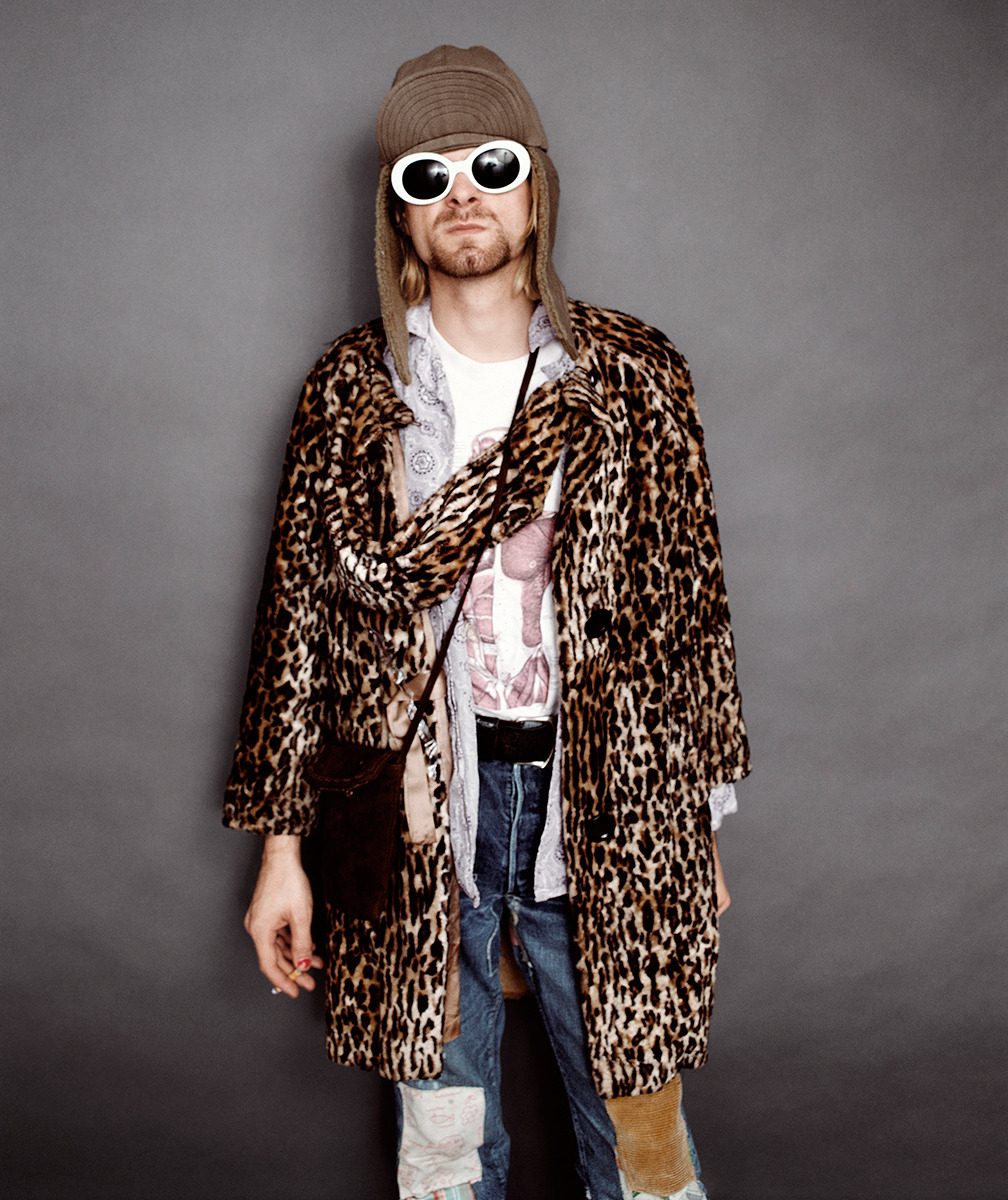 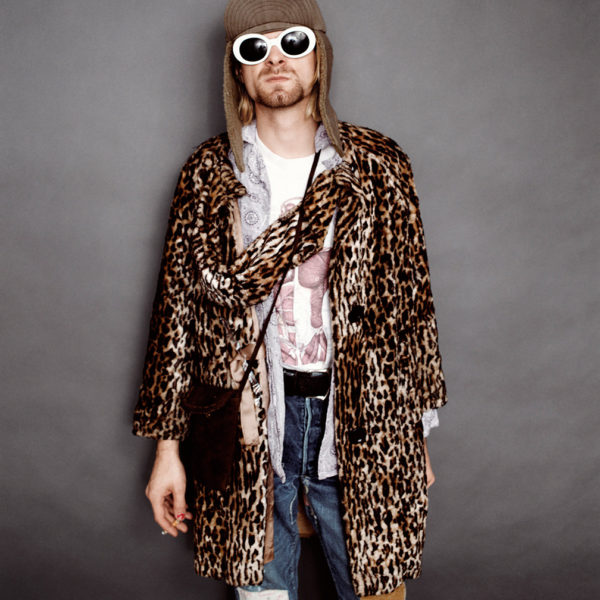 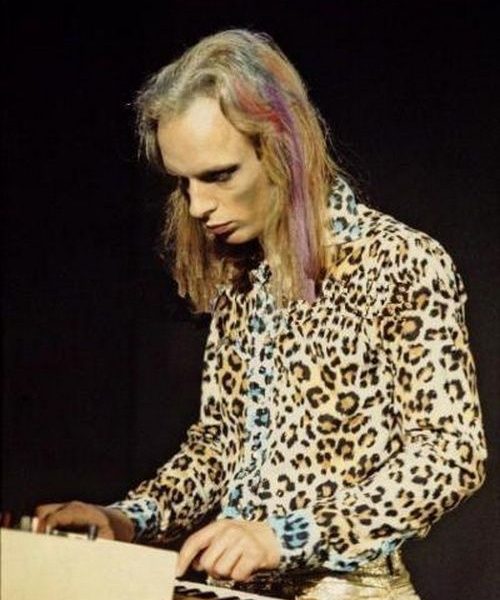 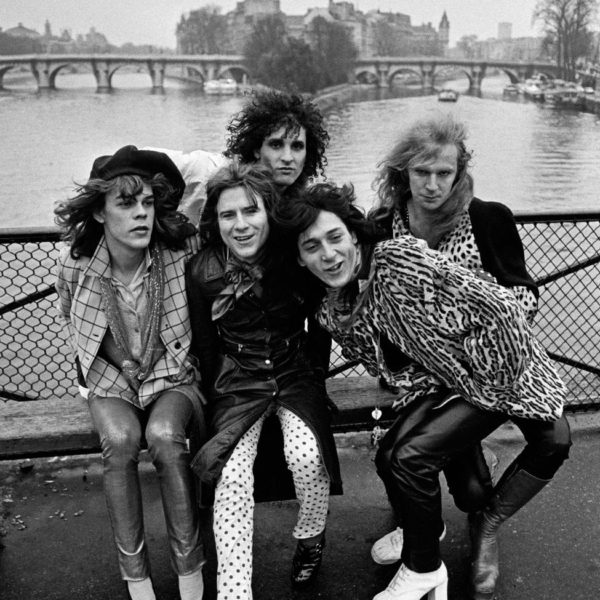 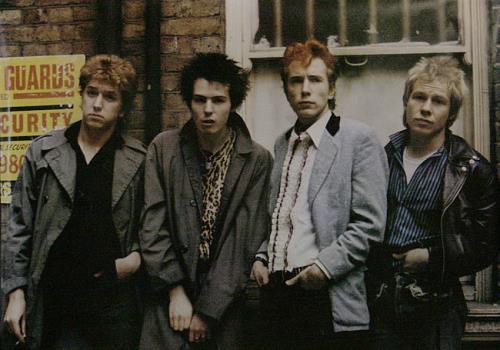 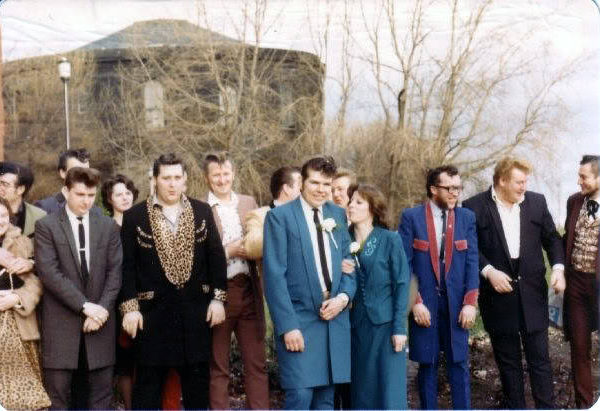 It’s not news that men tend to stick to relatively safe colors and patterns–navy, gray, olive, white; stripes, checks, plaids, twills. The occasional paisley or patchwork. But wilder stuff always prowls on the edges of men’s style. Since at least the 1950s, men have incorporated the occasional big cat print into their style. Somehow, it’s still a little shocking–primal, flashy, a little androgynous, even a little trashy. Men don’t generally like their clothing to be overtly sexy, and leopard, well, it’s difficult to de-sex.

Women, of course, were first, going back at least as far as the 1920s with leopard outerwear–in the form of garments made from actual pelts. Pierre Balmain, Christian Dior, and Cristobal Balenciaga all used leopard skins or prints in their designs in the 1950s and 1960s. It was exotic, bold, and has the design-friendly aspects of being both non-geometric and yet consistent and repeating.

Maybe it was Tarzan who brought leopard print to men. Johnny Weissmuller’s costume in 1932′s Tarzan the Ape Man was actually quite plain (if, uh, minimal), but in the film posters Tarzan wears a magnificent skin. In the 1950s, Jayne Mansfield and her husband Mickey Hargitay (also a body building champ) would tour and pose for photos in their Tarzan and Jayne leopard print outfits. That was basically underwear, and leopard has remained a popular motif for undergarments.

A Through LIne for Rock’n’Roll

Leopard didn’t make much of a leap into menswear until rock’n’roll and rockabilly got ahold of it. Elvis wore a pair of leopard print mohair shoes performing in 1954. Little Richard likewise wore it as part of his stage attire. Mostly it appeared as an accent–on collars, lapels, or shoes. 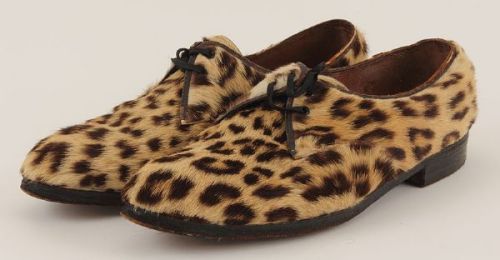 At the same time, in England, the Teddy Boy subculture was coalescing, and (maybe influenced by American rock-n-roll), Teds also dug leopard (see photo above of a Teddy Boy wedding). They used it as tailoring accent and often as panels on their brothel creepers. Both American rockabilly and British Teds were primarily working class phenomenons, known to be wild and sometimes violent. That broader society regarded them with suspicion if not outright fear gave their preferred dress codes a rebellious connotation. One that later would appeal to people wanting to seem rebellious.

Those references would pop up again in the late 1970s with the rise of punk rock. Malcolm Mclaren and Vivienne Westwood helped style the Sex Pistols–their look leaned heavily on Teddy Boy fashion and S+M accessories, and aimed to shock. Bassist Sid Vicious was photographed in a leopard waistcoat under his black double rider motorcycle jacket, an ensemble that would echo through the fashions of punks for decades. Later, punks would customize double riders with painted band art, studs, and leopard panels.

The 1980s saw leopard and other exotic prints mostly associated with L.A., spandex and hair metal, which, for all its macho posturing, derived a lot of its style from 70s gender bending bands like the New York Dolls. Leopard went from high fashion and low culture to just seeming tacky. 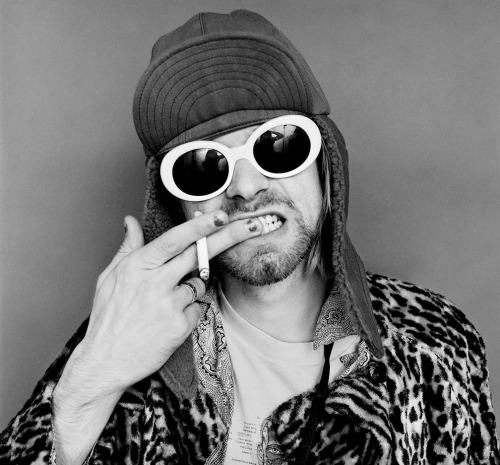 If there’s a photo to which you can trace the current vogue for leopard, it might be the one of Kurt Cobain taken by Jesse Frohman in 1993–Cobain’s last formal photo session and one that led to photos that would adorn many a dorm room wall in poster form, including mine. In the photos, Kurt wears oversize white sunglasses (aka clout goggles), a goofy cap, and a leopard print robe. Whether the clothes were essentially props or Cobain really liked them (I mean, what’s the difference), we won’t know, although he wore other items, like mohair cardigans, that winked at 1970s punk.

Leopard print persists in women’s high fashion and wherever the subcultures that had a taste for it hang on–in rockabilly bands, punk rock jackets, and the fashion lines that allude to them. It’s a perfect match for Hedi Slimane’s Saint Laurent Paris, for example. Streetwear and streetwear-adjacent brands like Supreme and Japan’s Wacko Maria almost always have a piece or two with a leopard or zebra accent–often the lining of a jacket, where it will be seen but isn’t shouting at you. Yuketen has been known to incorporate leopard into otherwise-staid shoe shapes like moccasins or loafers. Justin O’Shea’s obnoxious SSS World Corp made an entire velvet coat in leopard print (they call it jaguar, but it’s leopard). 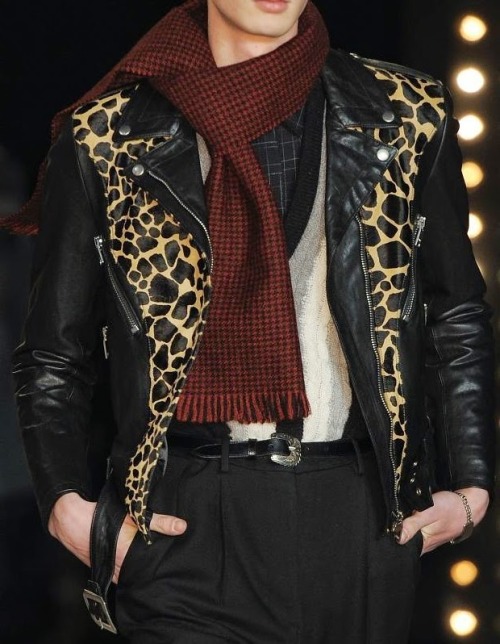 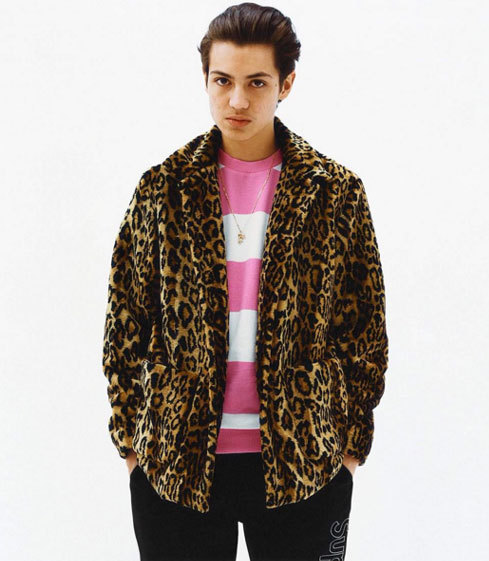 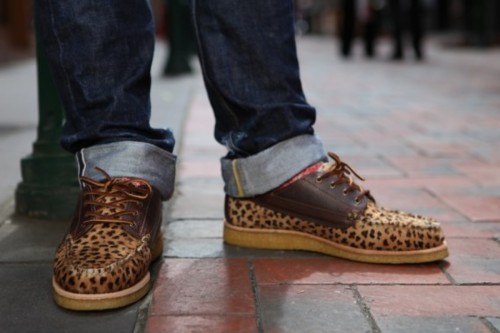 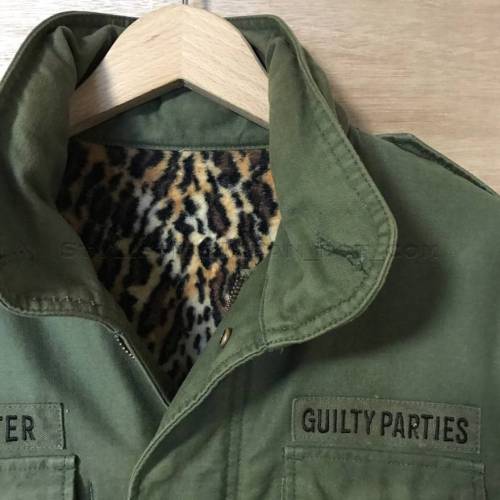 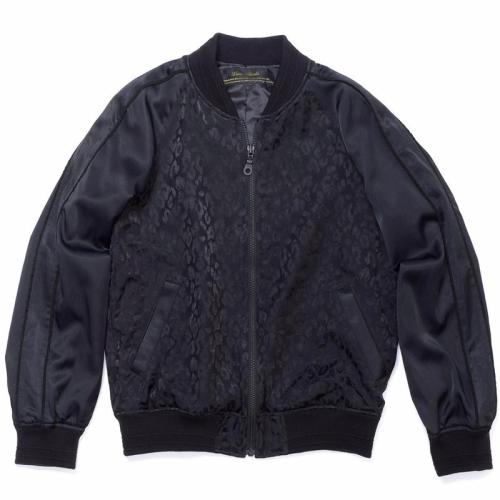