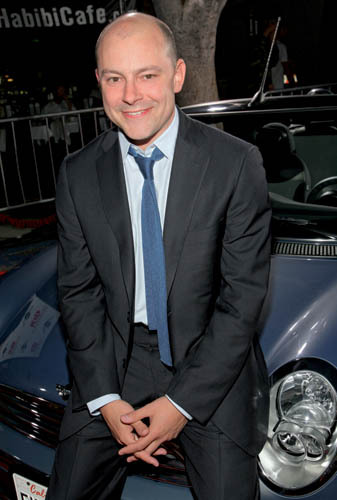 Rob Corddry is a comic actor and improviser whose sweet mug you know from The Daily Show or film.  He’s got a brand new series coming soon on [adult swim], based on his hilarious web series Children’s Hospital, and in March you can catch him with John Cusack in the real film that is really called Hot Tub Time Machine.  So what does Mr. Hollywood want for Christmas?

“I’m usually yelling at people in Italian so why not dress more like an Italian film director?  Mi Grande!”