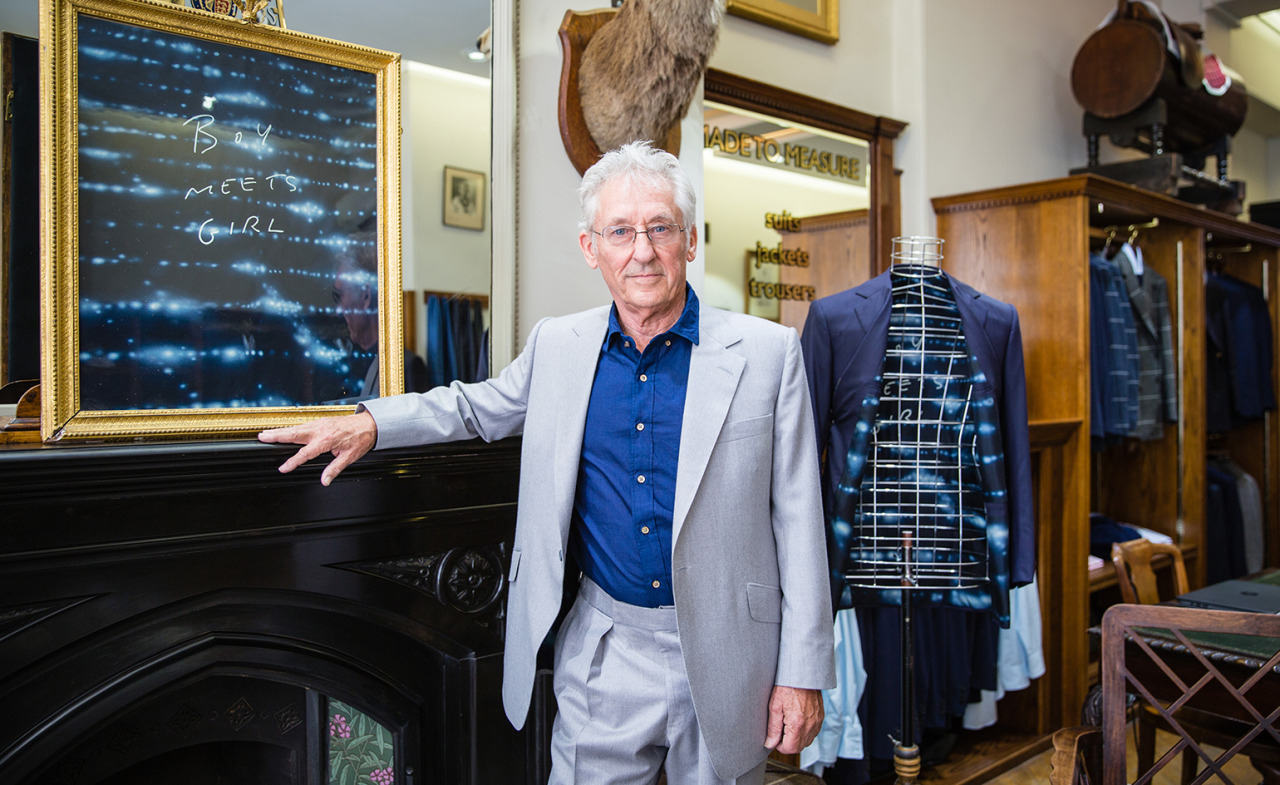 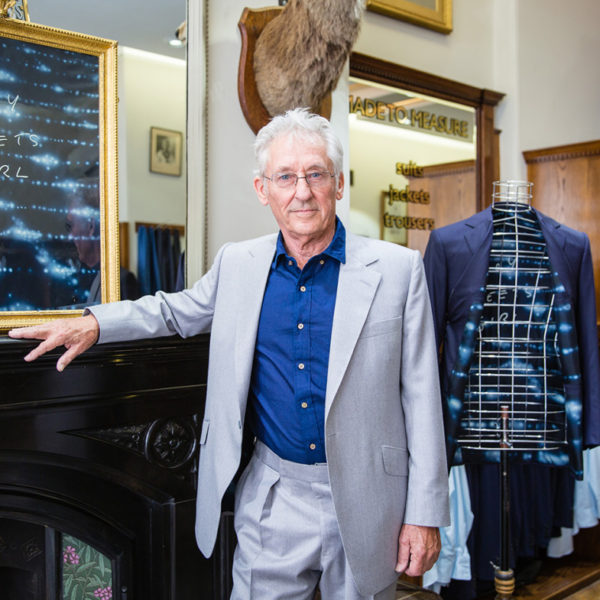 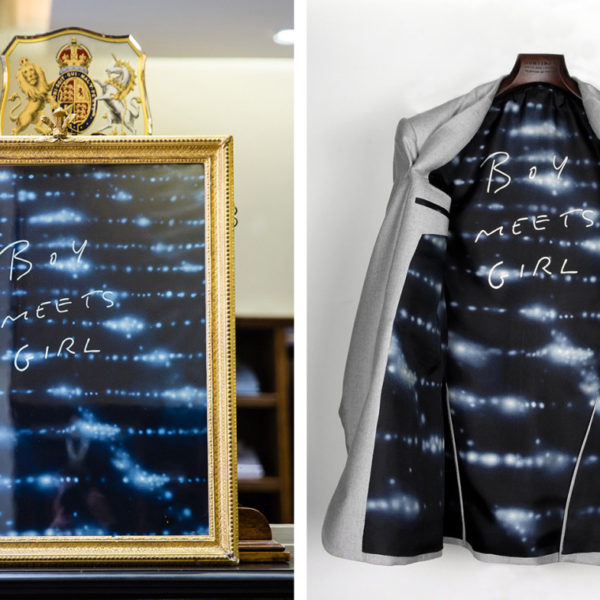 Ed Ruscha gets his suits made for him at Huntsman, but he’s the one who gets to design the linings. In a couple of his recent commissions, he had the interiors lined with a custom print, taken from his 1987 “Boy Meets Girl” painting. The lining has also been used for a couple of suits made for Ruscha’s friends, as well as a charity auction. Wallpaper has the story:

Ruscha certainly has style when it comes to words and colours. His paintings put carefully selected phrases and American-isms (like ‘oof’ and ‘honk’) into new contexts, carefully designed to help us reconsider their use and impact. His works are famed for their elegance, exactitude – they’re bold, confident messages about bold, confident American culture.

But does such an artist have personal style, in the sense of clothing? ‘I wouldn’t call myself a clothes hound,’ says Ruscha, while he attends his fitting for a very fine bespoke grey suit at Huntsman in London. ‘For years I liked second hand clothing,’ he confesses.

While the tailoring will be left to the professionals, Ruscha has designed the suit lining. ‘I like the idea of the concealed secret,’ says the artist, indicating the loud message contained in his jacket’s silky lining. ‘You know that you wear the jacket and clothing like this but then there’s this surprise, almost like you’re flashing’.

The lining print is taken from one of the artist’s seminal works from 1986, Boy Meets Girl, which is currently on show at the Gagosian. When asked if, nearly 30 years on, the painting still felt relevant, he said: ‘Boys still meet girls and girls still meet boys.’ The painting’s owner, actress Lauren Hutton, will own one of the Ruscha suits, as will the artist’s dealer Larry Gagosian. The last suit in the edition of six will be sold at a charity auction in New York later this month.