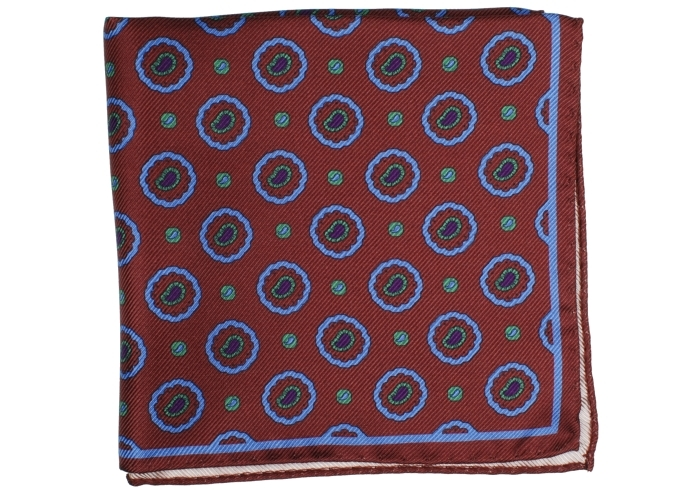 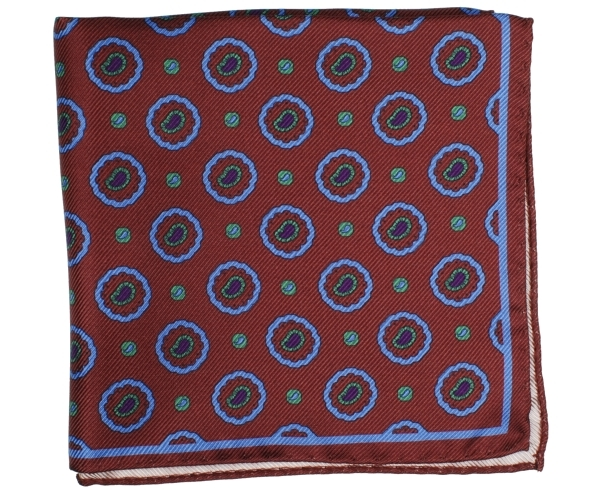 Trey writes: I’m a gentleman on a budget and for the price of some pocket squares, I can get a decent shirt. Why are they so expensive?  If I went and bought fabric, could a tailor whip some up for me by just finishing the edges? What’s the deal?

I’ve never asked my tailor to finish a pocket square for me, and I wonder if he would.  The edges of pocket squares are rolled and sewn by hand to achieve a distinctive roundness which cannot be reproduced by machine – it’s a specialized task, and not one I’d imagine most tailors are often asked to perform.  That said, from what I’ve heard, it isn’t especially tough, either.  I suppose my major concern would be explaining to my tailor what I wanted, because his English is a D+ on his best day, and my Korean is a solid F-.  Squares are also often made from fine fabrics which would be tough to find down at the sewing store.

There are ways to get squares cheaper, though.  When I’m in a thrift store, I always check the bin of ladies’ scarves, and I’d say there’s at least one or two men’s pocket silks in there about a third of the time.  They’re also often found on eBay, though you’ll have to pay a bit more.  The buy & sell forum at styleforum.net is a great source, too.  If you happen to live in New York, Century 21 often has an amazing selection at great prices (Robert Talbotts for less than ten bucks each), and I’d guess that’s the source for many of the pieces on StyleForum.

If you haven’t got any, I’d pay for a few basic linen pieces, either from a local men’s store or from an online purveyor like Kent Wang or Howard Yount.  Give yourself a few basic options, then expand from there as the opportunity strikes.