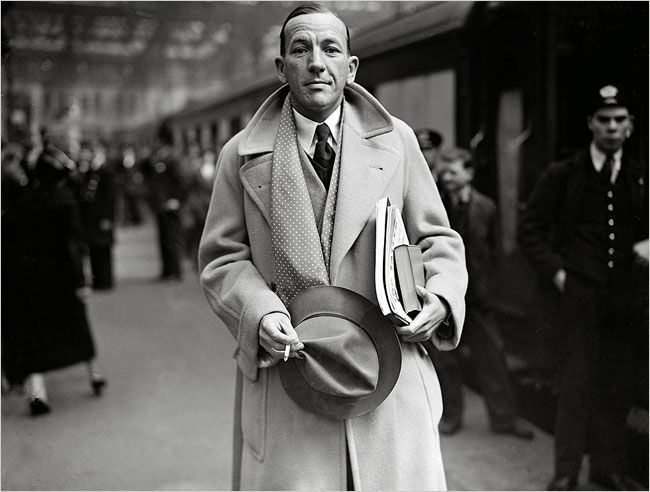 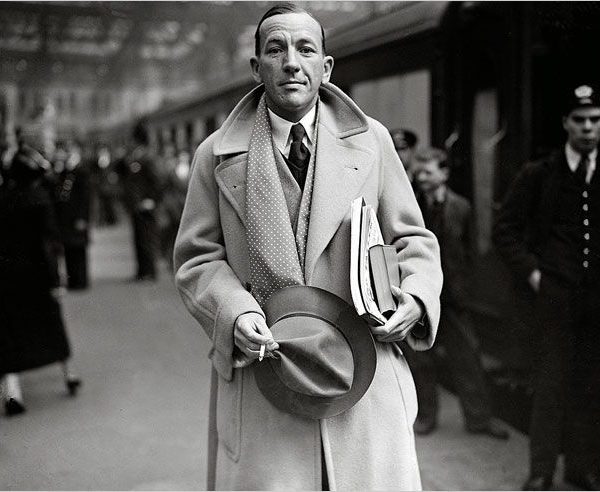 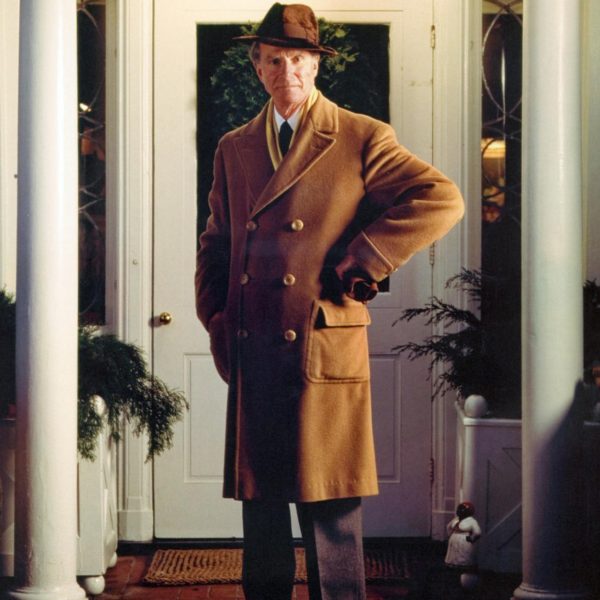 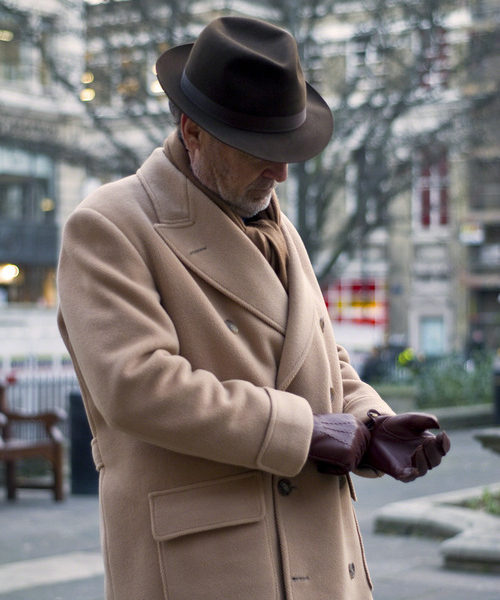 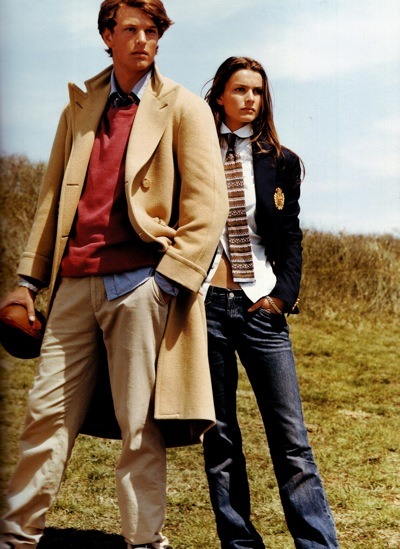 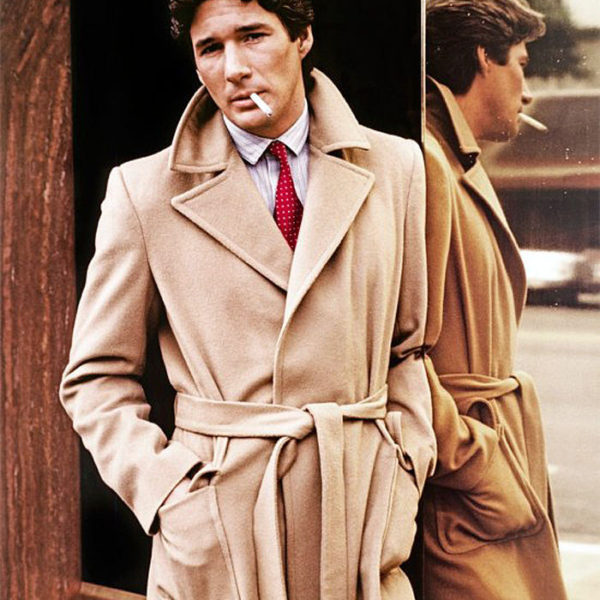 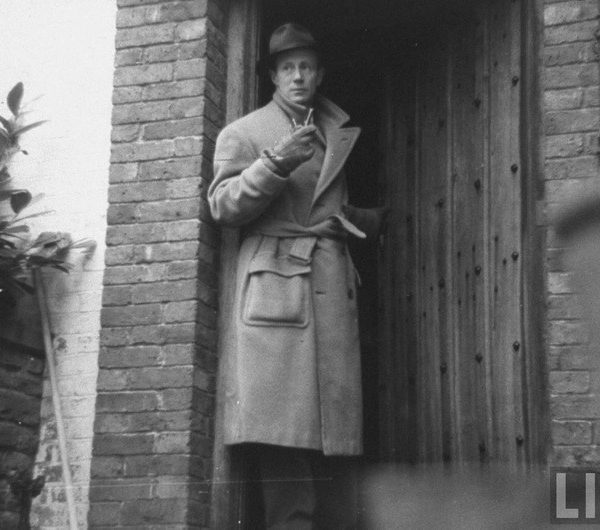 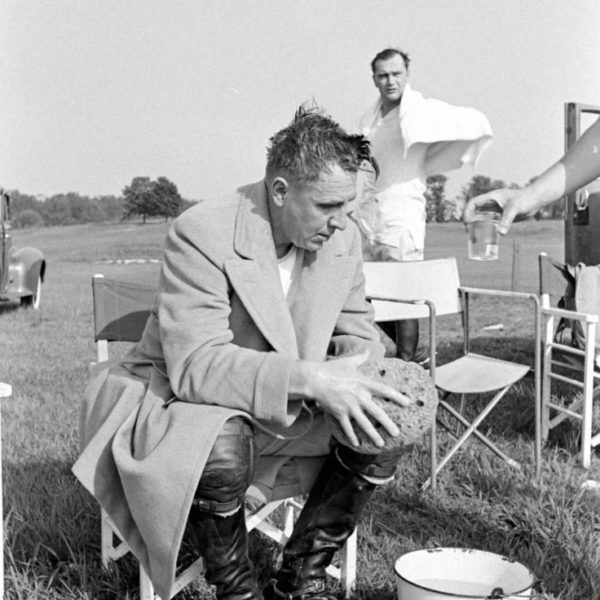 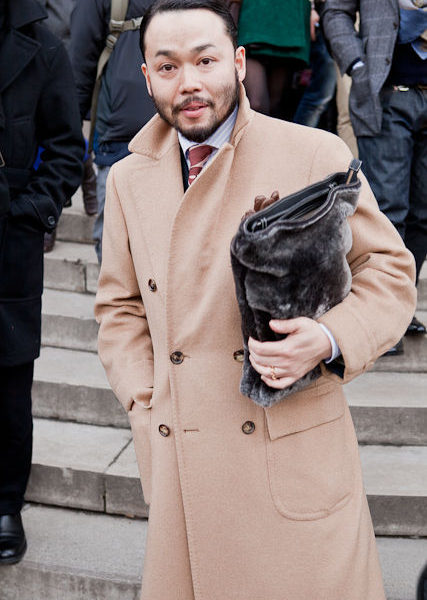 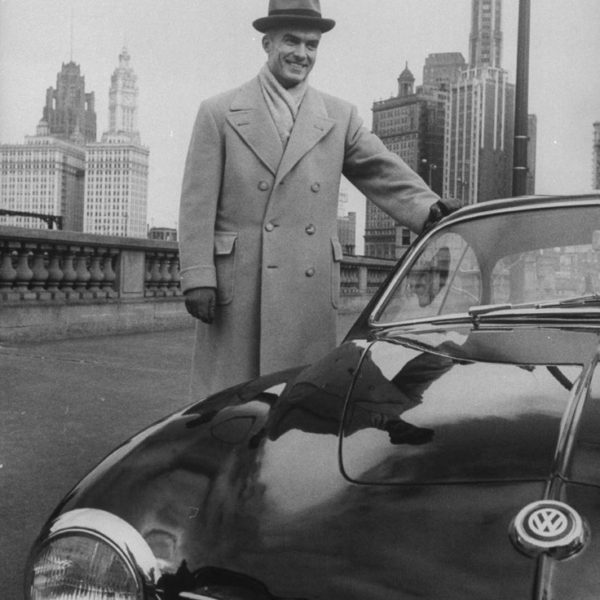 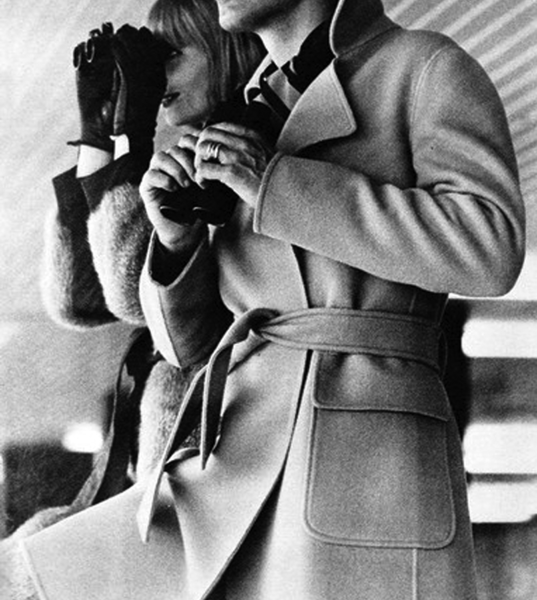 Despite what people say, it doesn’t get that cold in San Francisco, at least not compared to places where it actually snows. Still, that doesn’t stop me from wanting a polo coat every year. Polo coats are long, loose fitting coats originally worn by polo players in England. Early versions were often simple wrap styles – something like a robe, I suppose – but the cut eventually evolved into the more detailed version we think of today. The defining characteristics? Certainly flapped patch pockets, which mark the coat as somewhat casual; a double breasted closure to keep the wearer warm; a loose, half-belt at the back (known as a martingale); traditionally an Ulster collar (the thing you see in the first photo above, with the almost horizontal notch), though peak lapels have also become common; and of course that golden tan color that so nicely complements the browns, blues, and grays most of us wear.

Though the coat originated in England, the double-breasted style really developed in the US, where retailers such as Brooks Brothers popularized it in the 1920s. It soon became associated with prep schools and “Ivy style” – that distinctive, American style of dress that involves tweed jackets, penny loafers, and Shetland sweaters. With the ups and downs of Ivy style, so went polo coats. They fell into obscurity in the ‘70s or so, but had a revival in the ‘80s. You see the coat much less today, but that’s true of all traditional outerwear. With fewer people wearing tailored clothing comes fewer customers of “dress coats.”

I like the idea of having one if only because the polo coat stands out as one of the few coats you can wear both formally and casually. By formally and casually, I don’t mean the extremes, of course – tuxedos on one end, jeans and flip flops on the other (is this guy wearing one in his boxers?). I mean that it’s something you can wear with a suit in most industries, or with a sport coat and a pair of wool trousers if you’re going out to a really nice restaurant. Compare that to coats that are much more formal, such as Chesterfields, or ones that are too casual, such as many of the sportswear styles you commonly see today.

Where to Get One

Unfortunately, like all good dress coats, polos are expensive, even more so than your standard piece of outerwear (which can already be pretty pricey). For new and off-the-rack, you’re looking at about $1,000 to $1,500. If you have that kind of money, you can find some handsome ones at places such as O’Connell’s, Ben Silver, Brooks Brothers, and Ralph Lauren. If you can afford bespoke, some tailors can make you one for about the price of a suit. For traveling outfits that visit the United States, that price ranges anywhere from $2,500 to $6,000.

That’s a lot of money. On the upside, heavy coats such as polos hold up really well over the years, which means if you’re patient, you can find one on eBay or at your local thrift store for pennies on the dollar. Jesse wrote a great thrifting guide you can use for this. I’m not as experienced as he is in thrifting, but even in my few trips, I’ve seen some nice dress coats selling for about $100 or $200. Set aside a little extra money for alterations and cleaning, and you can have a very nice garment on your hands.

A note from Jesse: I bought my own polo coat, which is from the 1930s, for $35 on eBay. Not a tailor on Savile Row wasn’t pawing at it when I wore it to our shoot there last year. There’s a decent overcoat right now in a quarter of the thrift stores in America, and with some patience, there are plenty on eBay as well.

Oh, and one other note: the good folks at Howard Yount have a shorter, lighter (and more lightly constructed) version of the polo coat at $899. Thanks to NickelCobalt for the tip.)