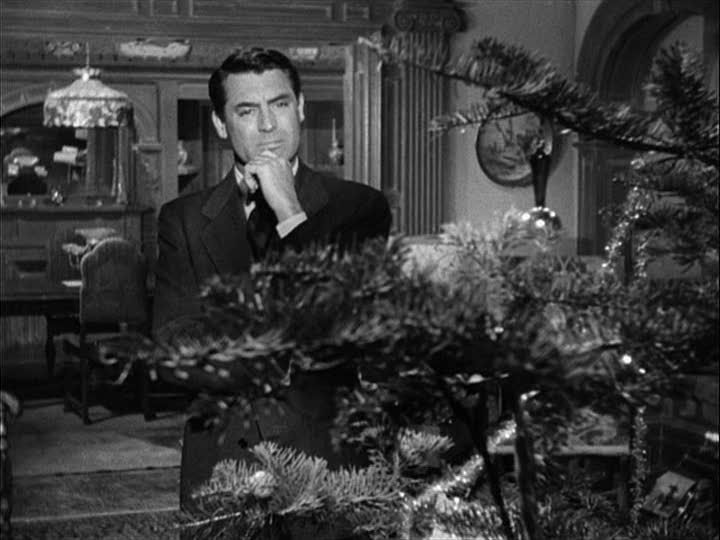 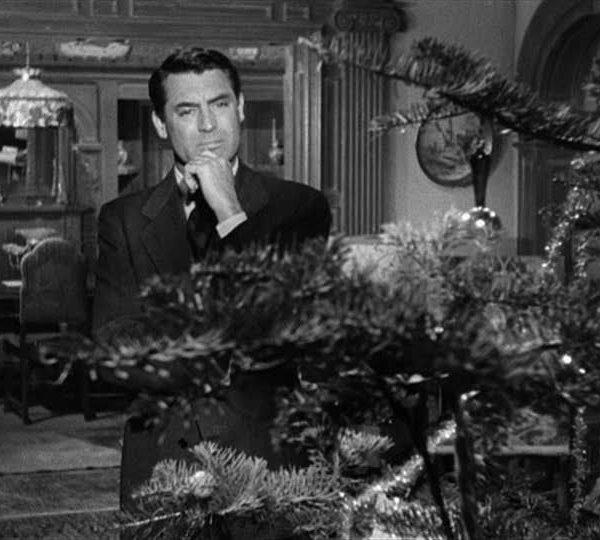 Every year, we put out a gift guide for readers searching for that perfect gift to put under a tree. Here’s our 2015, edition – from vintage eyewear to Adventure Time DVDs to national park passes. Stuff that’s 100% PTO approved, and will be too by your giftee. For more suggestions, don’t forget to check out our previous guides, where you’ll find dozens of other ideas – and we stand behind them. And of course don’t forget to take a look in our own shop, where you’ll find beautiful vintage items, handmade pocket squares and scarves, and who knows what else.

Bonavita Electric Kettle: My stepmother – an Irishwoman who cares very much about tea – bought this last Christmas for my wife and me. I’ve been shocked at how much it improves our life. My wife is a coffee snob non-pareil, and combined with an inexpensive burr grinder and an Aeropress or a simple drip setup, it makes perfect coffee. I appreciate the ability to make tea (or, earlier today, jello for my sick son) with almost no hassle. -Jesse

Ebbets Field Flannels Satin Windbreakers: I’m a big fan of Ebbets Field Flannels, who make reasonably-priced, good-quality reproductions of classic sports clothing. I bought one of these satin windbreakers last year – the San Francisco Seals model, so I could rep my hometown at Giants-Dodgers games here in LA without risking permanent injury – and I couldn’t be happier with it. It’s a very simple garment – unlined, with exposed interior seams – but pretty good quality and a bargain at the price. And I get compliments every time I wear it. -Jesse

As for me, I bought a backpack by the Japanese company Master-Piece, and I’m absolutely in love with it. It’s clearly been designed by some powerful backpack nerds, who think about backpacks 24/7 and dream about Cordura nylon. It’s good-looking in a 1970s-hiking sort of way, and astonishingly functional. -Jesse

Anonymous Ism Socks: What I like about these socks is that they’re both good-looking and functional – they’ve held up well to machine washing and drying and they’ve got enough synthetic in with the cotton that they stay soft and comfortable. They’re kinda expensive, but who doesn’t love socks for Christmas? (Answer: my elementary school friend Evan Larson, whose parents ALWAYS got him socks for Christmas.) -Jesse

Nike Flyknit Lunar 3: I got these on the recommendation of my friend Derek Guy, and I have been absolutely thrilled with them. They’re my regular gym shoes, and they’re both incredibly comfortable and incredibly light. I also think the flyknit fabric is pretty cool looking. All the middle-aged ladies at the YMCA are certainly impressed. -Jesse

Koss PortaPro Headphones: The PortaPro is one of those products that’s been exactly the same for thirty years or so. The reason? They are totally great. For $40 or so, you get lightweight, comfortable, great-sounding headphones. And when you wear them, you look like a cool Tron spaceman. They even have killer customer service – generally speaking, they’ll replace them if they break, with almost no questions asked. -Jesse

Liz Gilbert’s Big Magic: Trust me, Liz Gilbert is totally amazing. I know she wrote Eat, Pray, Love, and that is a book for your mom and/or bougie sister. But she is funny, brilliant, and has an incredible attitude about life. Her new book is about how to be creative. It’s funny, brilliant, and has an incredible attitude about life. I found myself yelling quotes across the room to my wife every twenty minutes when I read it on vacation this year. If you do or aspire to do creative work, and you just wanna go for it for once, this book is a great kick in the ass. -Jesse

Eyewear from Allyn Scura: Allyn Scura Optical is a fixture on the California flea market and vintage show scene. They show up at the big LA flea markets, at the Alameda Flea in the Bay Area, at vintage clothing shows, and of course online. I’ve bought four pairs of glasses from them, and love every one. They’re reasonably priced and their customer service is great – I scratched the crap out of a pair of sunglasses, and just got them back – the lenses replaced and everything cleaned and tightened for $25. My favorite is the Kala Chateau. Stuff’s cheaper in-person, and you can check out the show schedule on their website – plus f you stop by their booth, you can see their huge selection of vintage frames and try on your favorites. -Jesse

Solomon Burke’s Soul Alive: The late Solomon Burke was known as “The King of Rock & Soul,” and it was no coincidence. He had one of the greatest voices in pop music history, and was known to sing from a grand throne onstage. This double live album records an early-80s date, well past Burke’s prime as a pop star, but it’s one of the most thrilling concerts you’ll ever hear. Burke has all of his huge voice, and has made zero concessions to musical fashion. It’s just a straight-up rip-roaring R&B revue, with a full band and one of the greats right at the center. -Jesse

Laguiole Steak Knives: One day my mom came home from an estate sale with a bag full of knives. “These knives! With the bumblebees! They’re amazing!” She was absolutely right. The French company Laguiole makes nearly perfect steak knives. If you don’t want to pay retail, sniff around eBay for a set. They’re worth every penny, either way. -Jesse

Cattoos: I’ll admit that I’m more of a dog guy than a cat guy, but I find Megan Lynn Kott’s paintings so immensely charming I might have to switch teams. Cattoos is her book of cat-themed temporary tattoos. It is every bit as great as you imagine/ fear it might be. -Jesse

Engineered Garments Button Shawl: The button shawl is one of those items that makes people wonder if we’ve reached peak menswear. Does it cross the line from the practical and quirkily stylish into the absurd, like the urban sombrero of yore? I have a button shawl, and it does not. It’s a nice big scarf with buttons on one side. Sure, you can wear it as a skirt, sorta. Or High Plains Drifter poncho style. I mostly wear mine either tied like a plain ol’ scarf or with the buttons down the front under a jacket, where it does a good job of blocking wind and adds color without the bulk of a full layer. -Pete

Adventure Time on DVD (or iTunes): Adventure Time has become a pretty decent cultural litmus test for me. If you’ve seen Adventure Time and don’t like it, we probably aren’t going to like the same stuff in general. Now in its seventh season, the show has evolved from a relatively straightforward wacky buddy cartoon into a morally complex, multicharacter juggernaut. The show delicately walks the line between a sort-of-kid’s-show, that involves Finn (a boy) and Jake (a talking dog) embarking on various quests and learning life lessons, and the truly weird, e.g., when an apocalyptic demon unleashed by a long-ago nuclear war has a showdown with Finn and Jake in a time room, where the wish-granting manifestation of an old man’s dream (voiced by Kumail Nanjiani) and a cosmic owl (M. Emmet Walsh) hang out in a hot tub. Just; watch it. Episodes are 11 minutes long; perfect for squeezing in when you have only a little free time. If you gotta start somewhere, start with season 2. -Pete

The Beautiful Struggle: A Father, Two Sons, and an Unlikely Road to Manhood, by Ta-Nehisi Coates: Everyone should read Coates’ 2015 book Between the World and Me, a perceptive and challenging meditation on race in America in the form of a letter to his son. But you should also check out Coates’ work from 2008, which focuses on his relationship with his father and his upbringing in Baltimore. In it, you can hear Coates finding his voice and his perspective social structure in America. Plus, The Beautiful Struggle brims with evocative, poetic images of being young in 1980s/90s Baltimore, when hip hop was also coming of age:

“While I was hobbled by preteen status and basic nature, Big Bill was enthralled by the lights. This was the summer of ’86. KRS-One laid siege to Queensbridge. I would stand in my bedroom, throwing up my hands, reciting the words of Todd Smith—“Walkin’ down the street, to the hardcore beat/While my JVC vibrates the concrete.” Bill and my brother John spent all summer busing tables. Bill schemed on a fat rope, one that dangled from his neck like sin.”

Keel’s Simple Diary: The world’s nightstands are filled with journals and diaries maintained for a week and then neglected. After a few consecutive entries outlining a day of working, eating, and sleeping in relatively consistent amounts, a diary is mostly a reminder that your day-to-day life is not all that interesting. Keel’s Simple Diary is more than just blank, lined pages; it’s filled with brief writing prompts and sometimes thoughtful, often goofy questions to react to. It encourages reflection but does not judge your lack of commitment to a daily journal. Also the books just look nice. -Pete

Death & Company Drinks Manual: Either for the home cocktail enthusiast or the friend who likes to host parties, this cocktail manual has 500 great recipes for delicious drinks. The instructions are easy-to-follow and the ingredients easy-to-find. Another good book: The Dead Rabbit Manual, which is a little more speakeasy inspired (like the wildly popular NYC bar who produced this title). For someone who’s just getting into mixed drinks, try giving The Bar Book and a couple of things from Cocktail Kingdom. -Derek

National Parks Pass: I’m sure we’d all love a trip to Italy or Japan, but for something more local – or at least affordable – consider giving an annual pass to this great nation’s parks and recreational sites. For $80, you can cover the entrance and amenity fees for one driver and his or her passengers at over 2,000 national parks, wildlife refuges, forests, and grasslands. It’s just the excuse your friend needs for using his Engineered Garments parka for something other than stunting on disinterested people in the neighborhood. -Derek

Anza Knife: A friend gave me an Anza knife about ten years ago and I absolutely love it. Each Anza blade is cut from a tempered steel file, which makes it both sturdy and low-maintenance. Perfect for a guy like me, who’s mostly using this on camping trips and for cutting open packages at home. Also worth checking out: Buck 110, which is a little heavier, but equally handsome. (Buck has a custom knife option, if you want to get fancy). -Derek