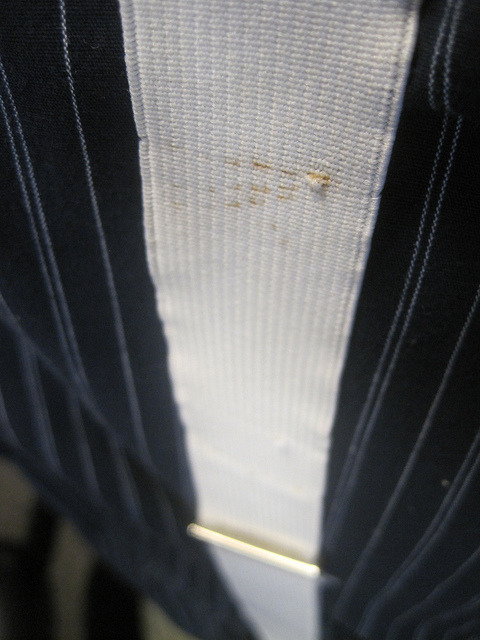 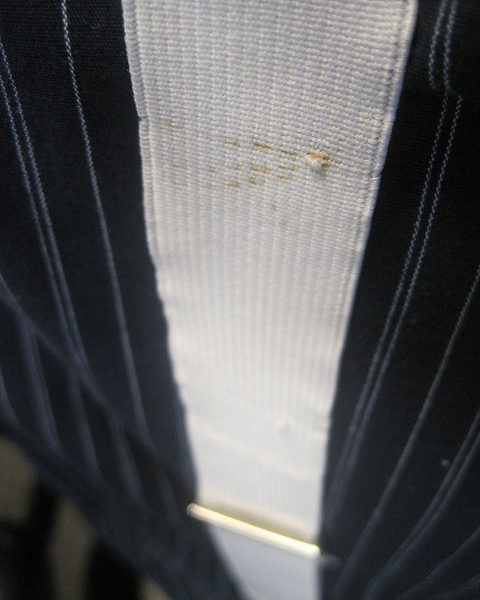 Joe asks: I really want to start wearing suspenders for work. It is a shirt and tie shop but not necessarily the suit crowd. I have one pair of pants in my closet of 20 that actually has buttons. Do I really have to replace the other 19 pair of pants or can I get the clip on suspenders?

We’re big proponents of suspenders here at Put This On. As a general rule, they’re more comfortable than a belt, reduce the amount that you have to mess with your pants, and pretty much keep your shirt tucked. They’re not for everyone, but I certainly wear them as frequently as reasonably possible. Suspenders are particularly comfortable if you carry a bit of weight in the middle, since your gut (be it small or large) doesn’t push down your trousers. (One note: generally in the UK, what Americans call suspenders are called braces. Typically “braces” is a bit of a fancier way of saying it, but generally, they’re interchangeable.)

There is a catch, though: suspenders are generally underwear, not outerwear. Nobody wants to be a Larry King. Suspenders are best hidden under a coat, or at the very least a sweater. Some say no one but you and your beloved should see your suspenders. I’m not that dogmatic – I take off my coat when I sit down to work – but I think they should be worn in a situation where you can reasonably expect that they’ll mostly be covered by your jacket.

Furthermore, suspenders work best with higher-waisted trousers that fit a bit more loosely around the waist than their belted counterparts. Belted pants must grip your hips with sheer friction. Pants with braces hang cleanly from the shoulders. The best pants for suspenders, of course, are fish-tailed pants. They’re designed to take the back central buttons a bit higher than the waistline, which gives a clean line to the back of the trousers. You probably won’t find those, though, unless you’re buying custom clothes.

As a result of this convergence of small reasons, most ready-to-wear clothing simply isn’t prepared to accept braces.

So where does that leave you?

First of all, clip-on suspenders are only appropriate if you’re on a work site. Even then, you can get a pair of Carharrts with metal fasteners for your suspenders that’ll hold those pants steadier than any clip. In an office environment, do not wear clip-on suspenders.

Second, you can convert non-suspender-supporting pants into ones that will work with your choice of holder-upper by having a tailor or alterationist add a few buttons. Again, this is more appropriate for pants with a longer rise and higher waist, but it’ll work on pretty much any pants. It’ll also be cheap – maybe $5 or $10. You can even have them remove the belt loops while they’re at it if you like.

Most likely, your best bet will be to wear a mix of belts and braces for the time being, as you add buttons to your trousers and add trousers designed for braces.