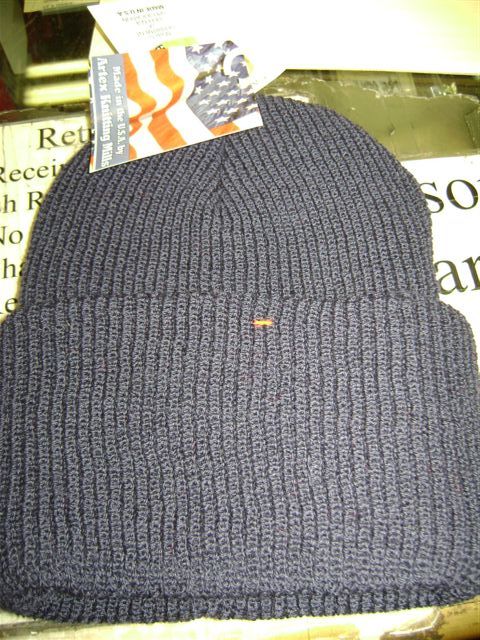 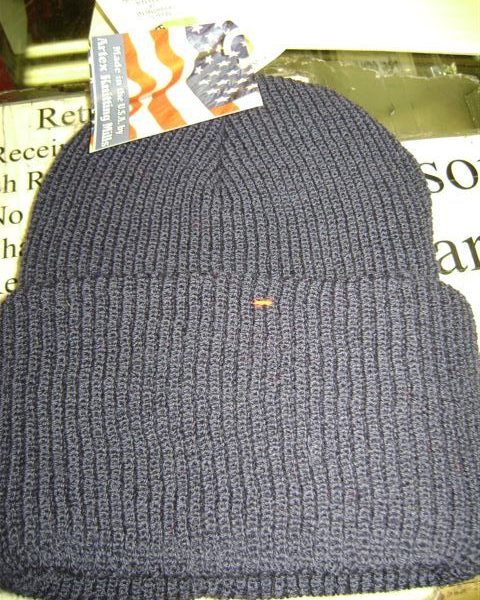 OK, it is officially really fucking cold. What can the well dressed man put on his head to avoid loosing it to frostbite?

The one above comes from the Billings Army-Navy store, is 100% wool, made to US Navy specs, and costs a grand total of $6.95.  If it is good enough for the deck of a battleship, it’s good enough for your head.  And we like navy blue over black, generally speaking.  The advantage of ordering it from the good people in Billings is that once you’ve got them on the phone, you can ask them to throw in a union suit ($29.95), a brass bugle ($39.95), and a Vintage European Wheelbarrow ($199.95).

Of course, if you’ve got sensitive ears, you could also go with this ladies’ watch cap from Lands’ End, which is 100% cashmere and only $29.63 at the moment.  A little less heavyweight, but a L/XL should fit a pretty sizable man head, and will be nice and soft.  If you’re too embarassed to buy something from the ladies’ section, you can keep your eyes peeled after Christmas as retailers mark down winter accessories pretty dramatically.  My two cashmere watch caps were about $15 each from Banana Republic.