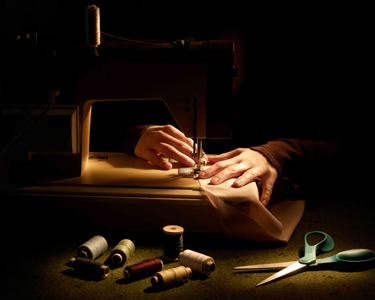 Justus writes to us to ask: My family has been divvying up my grandfather’s clothes after he recently passed away. Most of it is too large for me, but he did have some very nice silk ties. The problem is, they’re all very wide – about 5″ or so. Can I get them narrowed, and if so, what should I expect to pay? And is the amount worth it or should I just buy new ties?

You can definitely narrow a tie, and the good news is: it’s not a difficult job. You just have to find someone with experience (make sure they don’t flatten the tie when they press it). Expect to pay anywhere from $10 to $25 for the work. A small price, we think, if the tie holds sentimental value.

Many tailors will alter ties, but if you can’t find someone local, I’ve had great success sending my ties to TieCrafters, a specialty shop in NYC. They have over sixty-three years of experience in the trade – cleaning, repairing, and altering ties and scarves – and were recommended by Alan Flusser in his book Style and the Man. Shipping back and forth will add to your cost, but they do great work.

Other notable services from TieCrafters, which can help breathe new life into old ties: