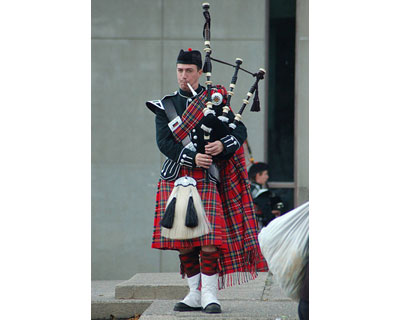 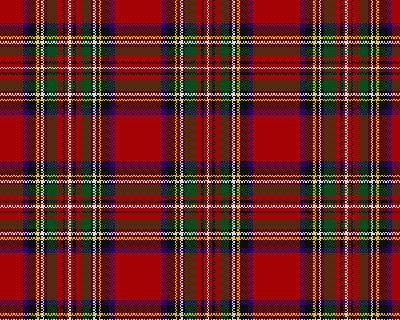 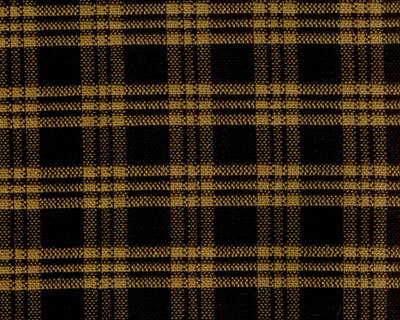 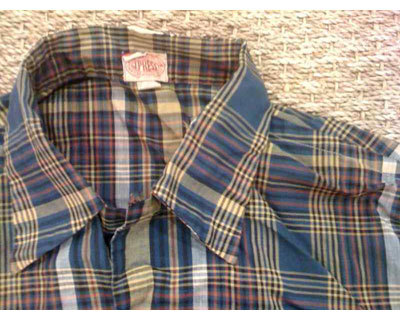 Michael asks: I have looked for an explanation of the difference (or relationship) between plaid, madras, and tartan. The results have been less informative than I had hoped for. I was also curious if there was a definitive way to tell the difference between the three.

Scotland has always been known for its weaving, and particularly its weaving of wool. Scotland is also known for Highland Dress, the combination of kilt and other elements that is the country’s national costume. Banned by King George II in the early 18th century, these outfits became a powerful symbol of Scottish and Celtic identity.

One of the most important characteristics of Highland Dress is the distinctive checked patterns of its woolens – tartans. These patterns came into vogue throughout the commonwealth in the early 19th century, and have stayed popular ever since.

The tartan emerged in Scotland in the 16th century. Over the course of the next three hundred years, these distinctive patterns gained symbolic associations. Today, a specific tartan pattern can “belong” to a clan, an organization, even a company. In the United States, when we say “tartan,” we’re usually referring to a pattern that has a specific association, like the famous Stewart tartan, above.

In Scotland, a “plaid” is a specific part of Highland Dress: a sort of pleated blanket-wrap that’s sometimes twice as long as its wearer is tall. This plaid is worn over one shoulder and under the opposite arm, as seen in the photo above. As you can see, the effect is quite impressive.

In the United States, the word plaid is a generic word that describes checked patterns of all kinds. Here in the States, we generally use “plaid” to describe pretty much any such pattern, and “tartan” to describe a pattern with a specific Scottish symbolic meaning. (We also tend to chuck out the window the symbolic meaning of the tartans, unless we’re in a Scottish person’s wedding or at a Highland Games.)

Madras is something else entirely. It refers to a type of cloth, originally made during the British colonial era in Madras, India, (now Chennai). The cloth is a very lightweight cotton, decorated with plaids that are typically in loud colors. The most famous madras fabrics were dyed with natural dyes, which bled when washed – “bleeding madras.” These fabrics were particularly prized by Americans in the middle of the 20th century, and the Ivy League revival has made them popular again today. Today’s madras, largely made with artificial dyes in places other than India, tends to be even brighter than its forbear.