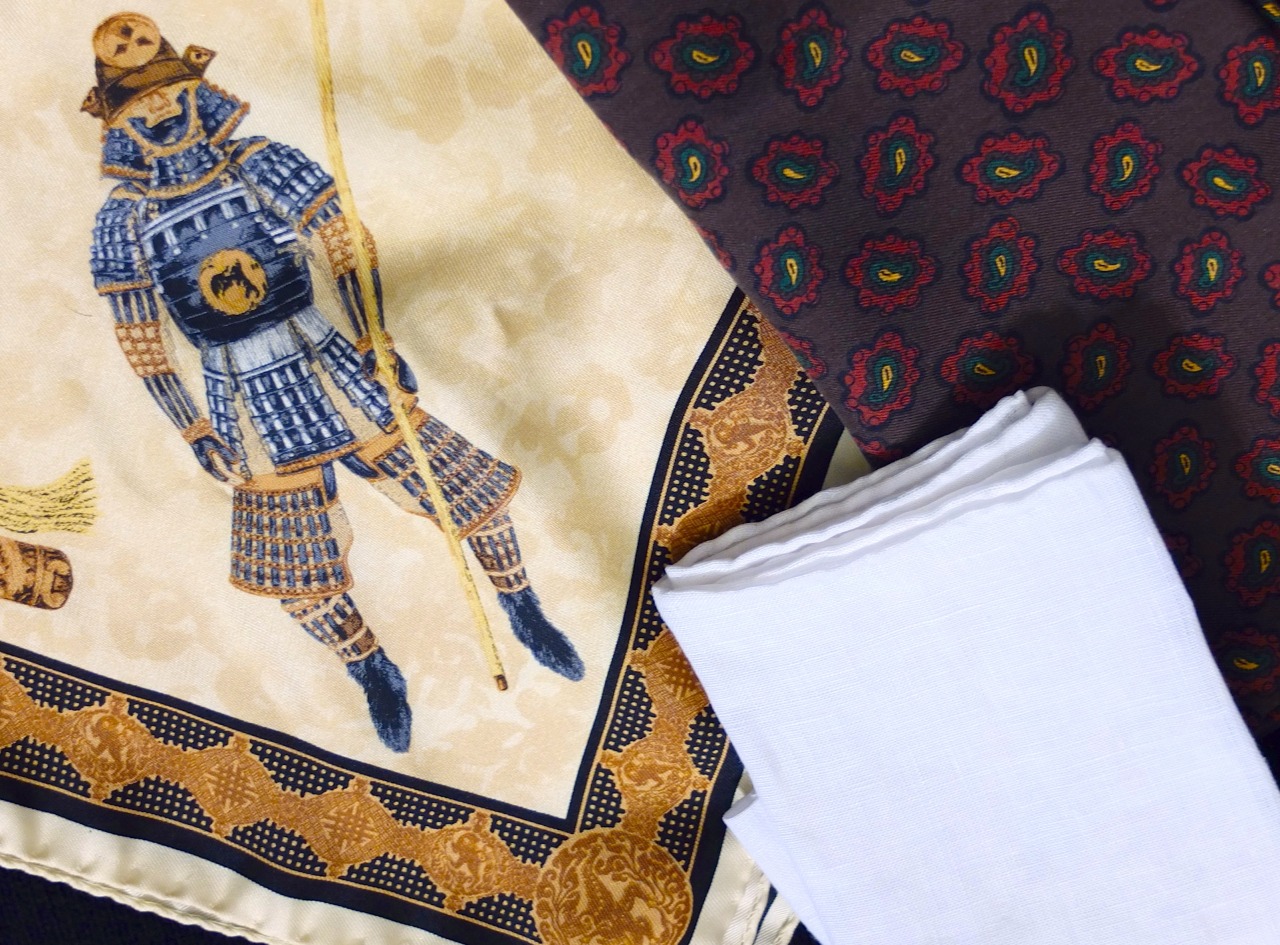 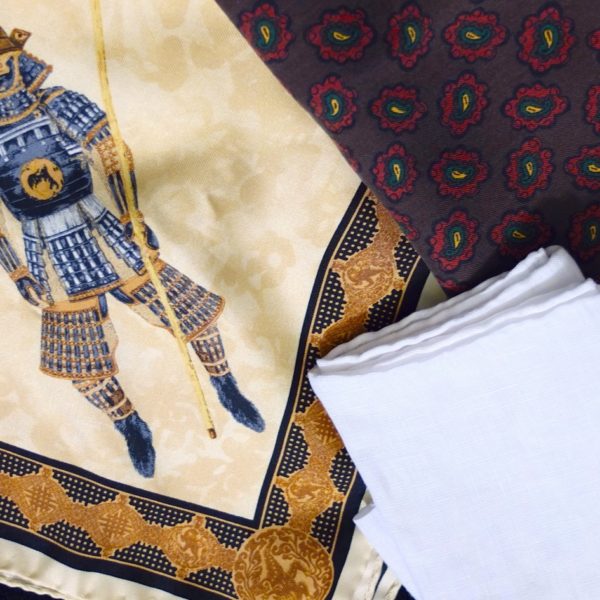 I received this question from Tumblr user “enjoynicethings” about where to start with pocket squares:

Slowly coming around to the idea of pocket squares, but want to keep it simple. If you were only going to have three pockets squares in your selection, what three would you choose?

I suspect my answers will vary quite differently from both Jesse and Derek, but I can only look at what squares I’ve worn most often in my rather modest collection.

A safe first bet for the start of any collection is a solid white linen square. It’s conservative and goes well with any occasion in which you would wear a suit and all the way up to black tie. I also wear it quite often with a navy blazer. It’s my default in a rush, but also a bit boring perhaps too conservative when you’re wearing a sport jacket.

I would suggest finding two squares – likely silk, but potentially blended with another material like wool or cotton – with two types of prints. One print ought to have some sort of medium to small scale repeating pattern on it. Look for dots, geometric shapes or something like the paisleys I have above. Ideally, the colors in the square should compliment a good number of your sport coats or more casual suits you plan to wear it with. Because it’s a pattern, the eye will be drawn toward its recognizable repetition. If you want to play it safe, consider navy dots on a white ground.

Finally, the other print should be a large-scale design with a lot of colors. When folded up, you won’t see what’s on it, but it’ll blend the colors nicely as it peeks out from the breast pocket. Huge paisleys, giant florals or intriguing prints that one might find otherwise on a Hermes-style silk scarf work quite well. Try to find something unique that you feel a connection to and think you could stuff into your pocket in various way to express the multitude of colors. These tend to go well with solid sport coats, especially when you’re not wearing a tie, to bring some color variety.

This is where I’d start, but I think as you build a wardrobe of various textures and colors in your ties and jackets, you’ll likely want to start exploring more options. Derek wrote a great primer on how to wear a pocket square that’s worth reviewing if you’ve never worn one before.

(Of course, at the Put This On Etsy store, Jesse has a solid white linen square and prints large and small worth checking out.)