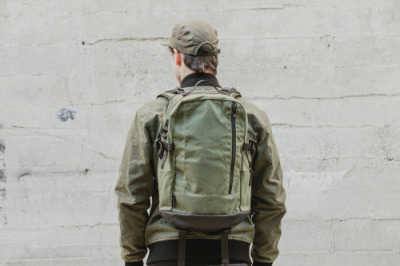 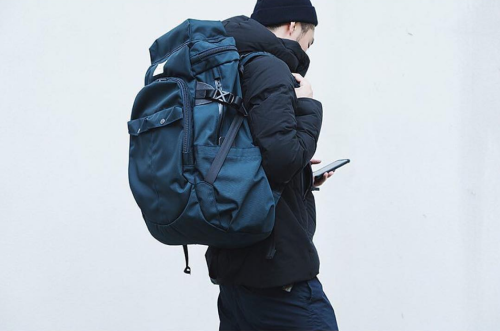 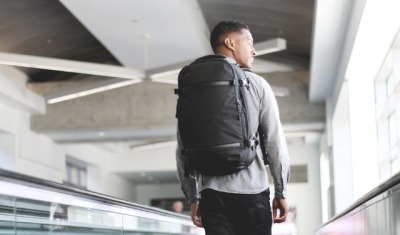 Kai writes: I’ve been using briefcases for years now, and I have a really nice one from Linjer. Unfortunately age (or poor posture) is finally catching up with me. The laptop that I put inside it is pretty heavy and it’s giving me back ache. So rather than risk chronic back pain, I’m considering carrying a backpack, at least on some days. Good-looking options are few, if any. Would love to hear your ideas on office-appropriate backpacks.

Swapping out a leather briefcase for a backpack is like swapping out a suit for something more casual. It can certainly be done, and people are dressing more casually to the office nowadays anyway. But what’s considered “work-appropriate” can vary wildly from office to office, industry to industry. This is one of the problems of business casual — what’s right for one person may not be right for you. And with a backpack, you’ll want to make sure it complements your wardrobe.

Certainly, health comes before anything else. That said, if you’re wearing a suit or sport coat, we can’t endorse backpacks. Not only does the combo look awful, any kind of shoulder bag can ruin your jacket. Remember, a tailored jacket will have lots of padding, canvassing, and sewing going from the shoulder and into the chest. When you’re carrying a heavy backpack every day, you can permanently ruin that tailoring. Before you go for a backpack, we recommend finding slightly lighter-weight briefcase, maybe made from canvas instead of leather. Ghurka and Filson sell some handsome ones. Porter Yoshida is also widely used in Japan, with some businessmen carrying their nylon cases. Again, we like their briefcases more than their backpacks if you’re going to use these with a tailored jacket, but the weight of their nylon makes them a good contender if you want something very light.

For something more casual, Brooks England and Master-Piece are good starting places. I use Brooks England’s Pickwick bag, which is made from a structured canvas and some simple straps. The bag’s simplicity makes it easy to use with almost anything — so long as your outfit is casual. Master-Piece looks a bit busier, but they’re sleek and sophisticated, and clearly a step up from your standard Jansport. Jesse once called them the “Platonic ideal of a nylon backpack” and I agree. Nanamica is another solid option if you like either of these styles.

If your wardrobe leans more heritage Americana — say, Rugged Ivy or neo-retro hiker — try Kletterwerks, Altadena Works, Epperson Mountaineering, Mt. Rainier, F/CE, and South2 West8. Many of these companies take inspiration from the heydays of outdoor backpack design, specifically the 1970s and ‘80s, which means they pair well with things such as chore coats and mountain parkas. For something slightly more contemporary, but still rugged, there’s Goruck, Briefing, Patagonia, and DSPTCH. The last one has a nice collab with one of my favorite denim companies, 3sixteen. I also recently bought And Wander’s 30L backpack in green, and while it’s tech’d out with weirdly placed straps and zippers, I like how it looks with workwear.

There are other options here and there. For affordability, it’s hard to beat Herschel. Their bags are a bit flimsy compared to other options, but they’re solidly styled — taking after the kind of day packs that became school staples in the ‘80s and ‘90s — and they come just under $100. Leather backpacks are mostly awful, although Haerfest looks better than most. Finally there’s Aer, which makes minimally styled backpacks that go well with the standard business casual uniform — flat front chinos, button-up shirts, and no jacket. A bit boring looking, but that’s likely the bag you want if you’re wearing that sort of outfit. Handsome without being visually obtrusive, reasonably professional looking despite being a backpack, and well-built with lots of internal features. YouTube, which is weirdly good for finding backpack reviews, has a bunch of videos on Aer.