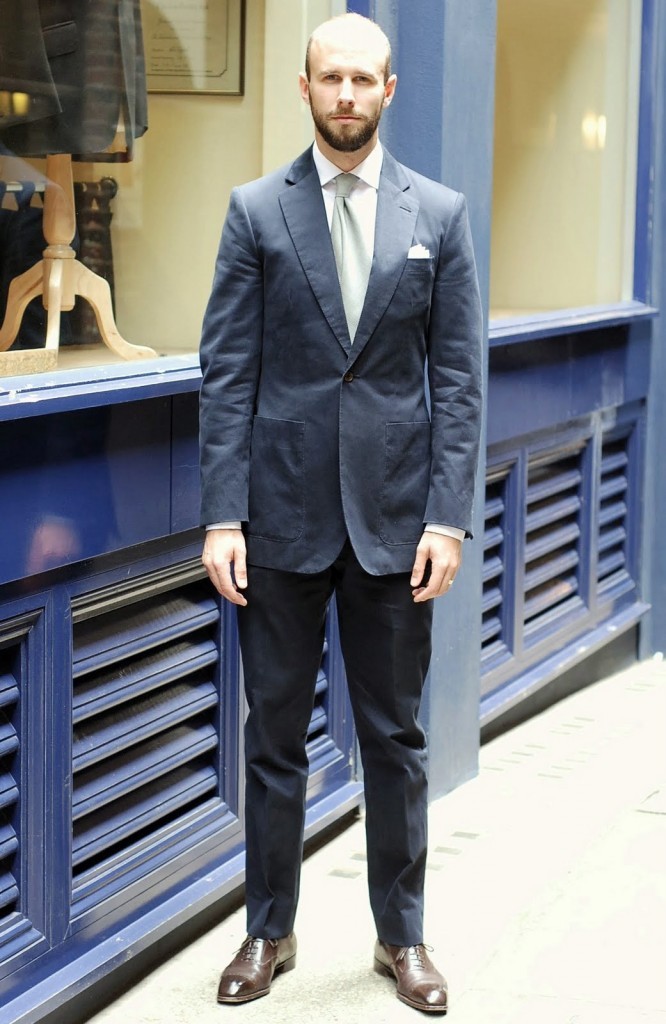 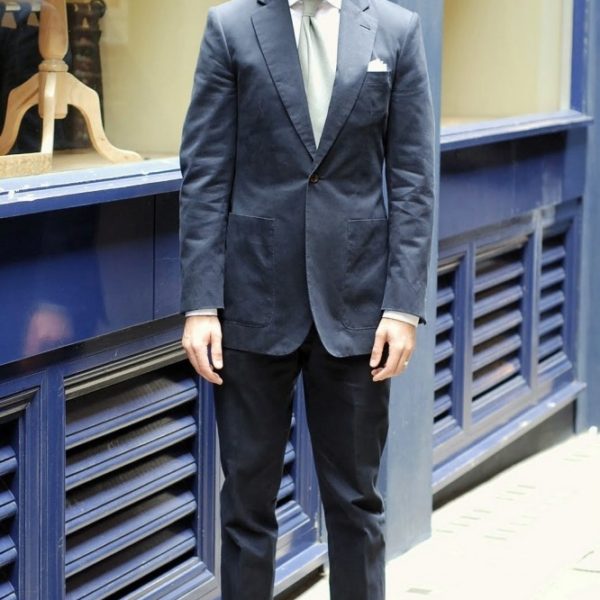 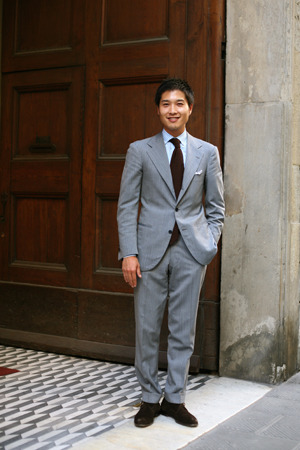 One of the most important areas to pay attention to when examining the fit of a suit or sport coat is what online menswear enthusiasts like to call the “quarters.” This is the section of the jacket that sits right below the buttoning point. Professional tailors refer to the area as the “front” or “front of the skirt,” but this is just a difference in terminology.

They’re never completely straight, of course. The lounge suit evolved from the riding coat, which was heavily shaped by King George IV. The King was one of the first royals in the 19th century to be an arbiter of fashion and taste, and he had the fronts of his riding coat cut away to make way for the saddle and horse’s flanks. It was quite unflattering on him, actually, because of his large stomach, but was indubitably la mode. Thus the fashion stuck and we now have the design on the modern lounge suit.

What you choose for yourself is a matter of personal taste. Very closed quarters might give you a “Y-shaped” silhouette, while open quarters will make your jacket form a bit of an “X.” I personally prefer open quarters, though nothing too extreme. I like the swooping line they create from the top of the lapel down to the hem. It’s a slightly more dynamic look that I think works well on young, slim men.

Of course, people differ. A friend of mine, Cooper Frederickson, once joked that strongly open quarters looked like something Diamond Dallas Page would wear. We agreed in the end that Page is probably a strictly Men’s Warehouse kind of man, but the point is well taken.

Pictured above: Simon Crompton on the left and Takahiro Osaki on the right. Crompton is wearing a bespoke British suit (I’ve forgotten the maker) with closed fronts while Taka is wearing something more open from Liverano & Liverano.