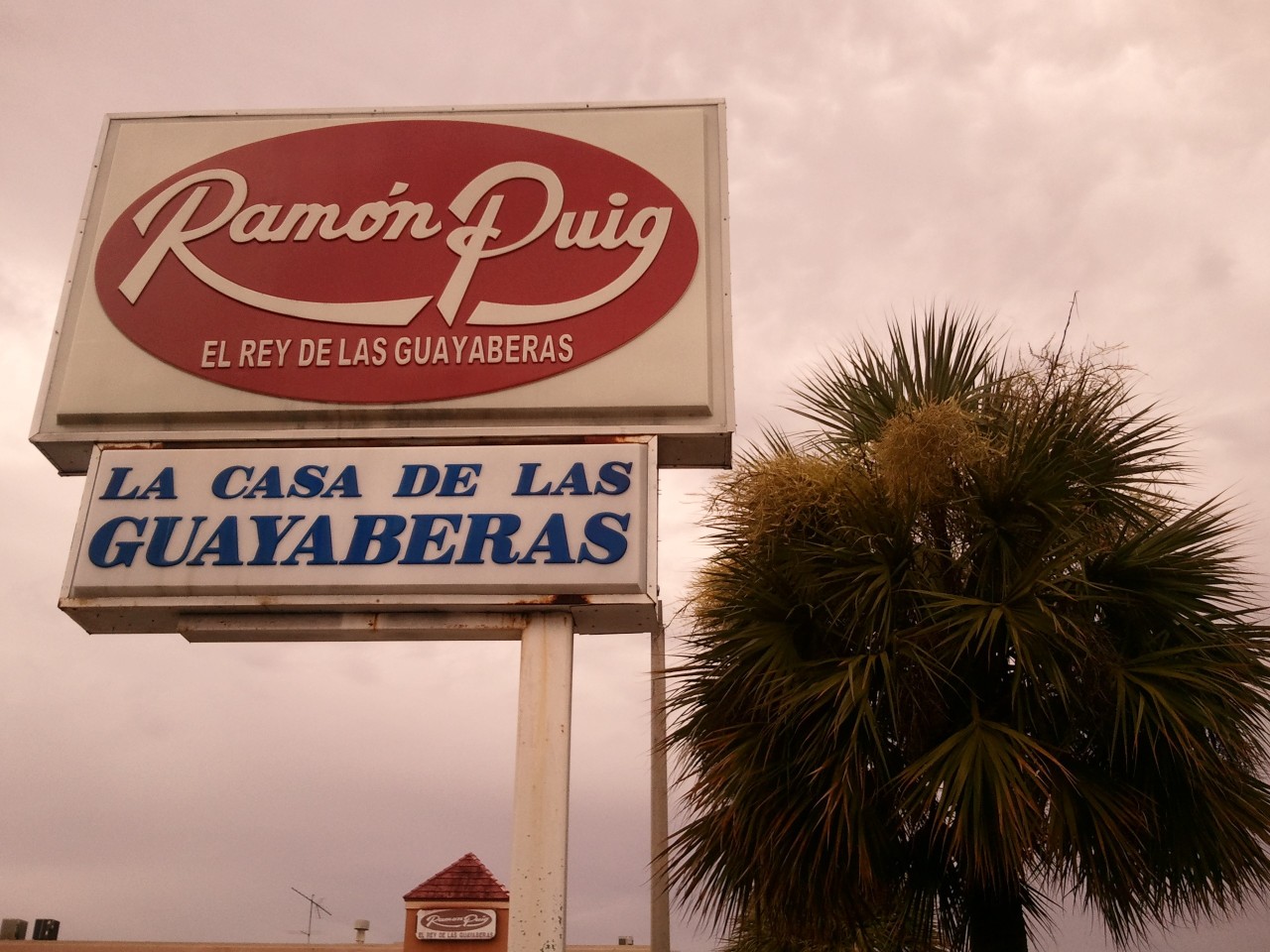 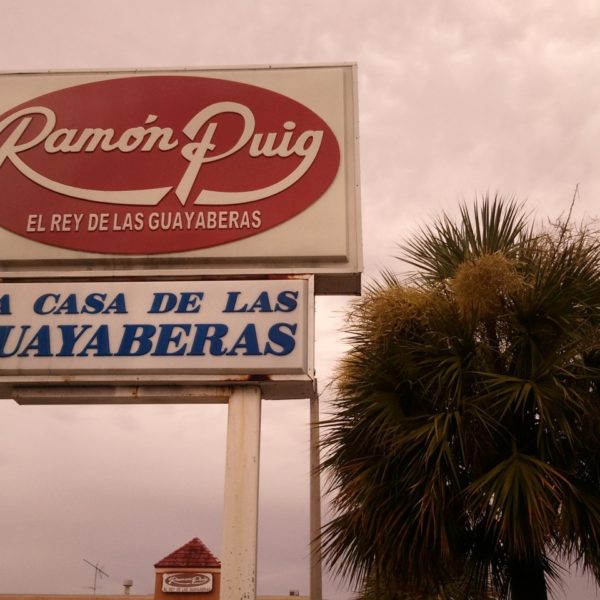 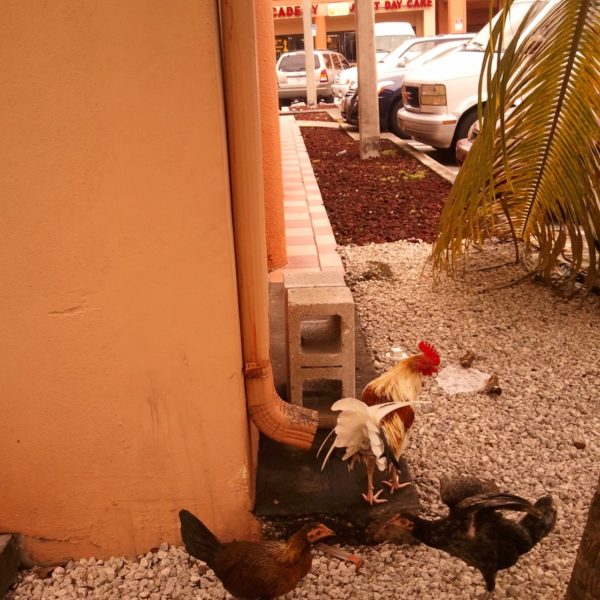 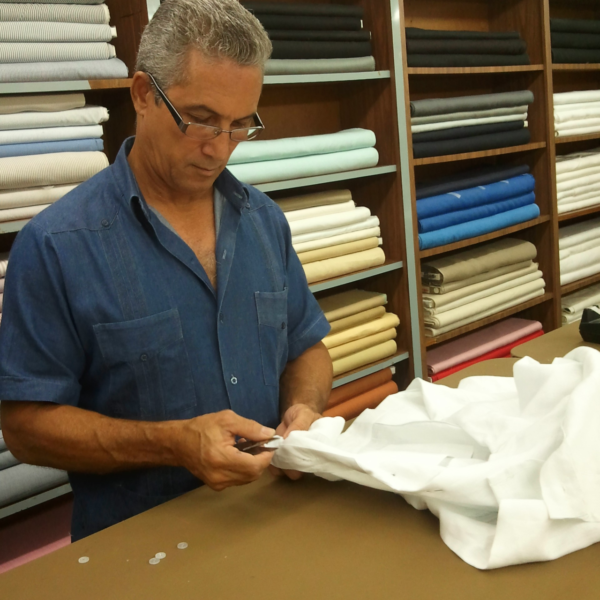 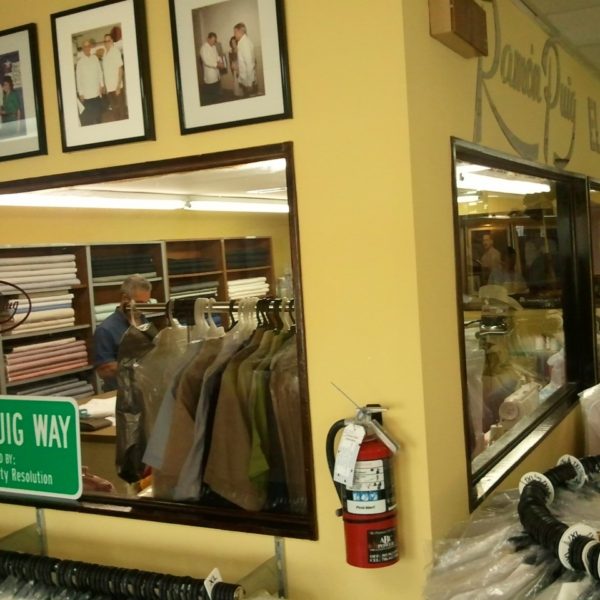 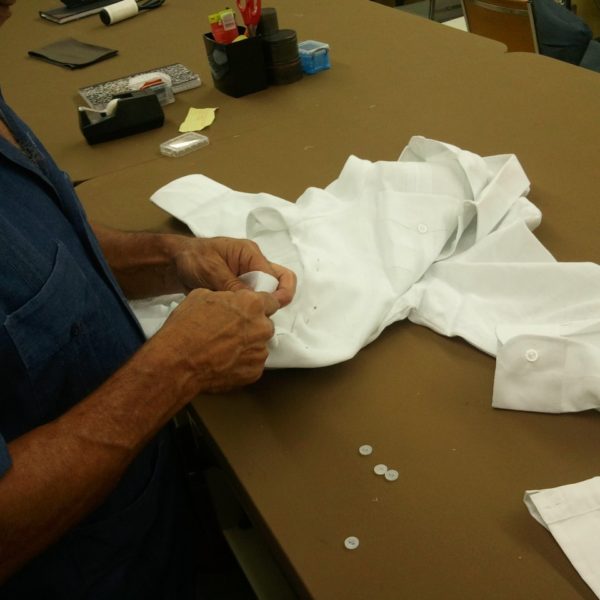 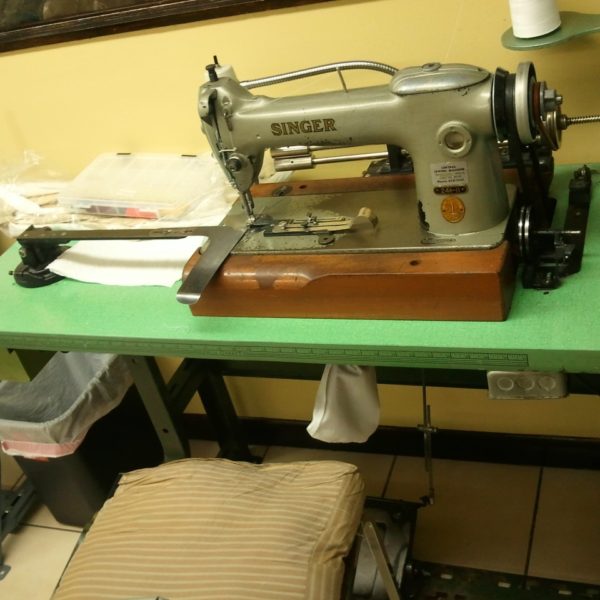 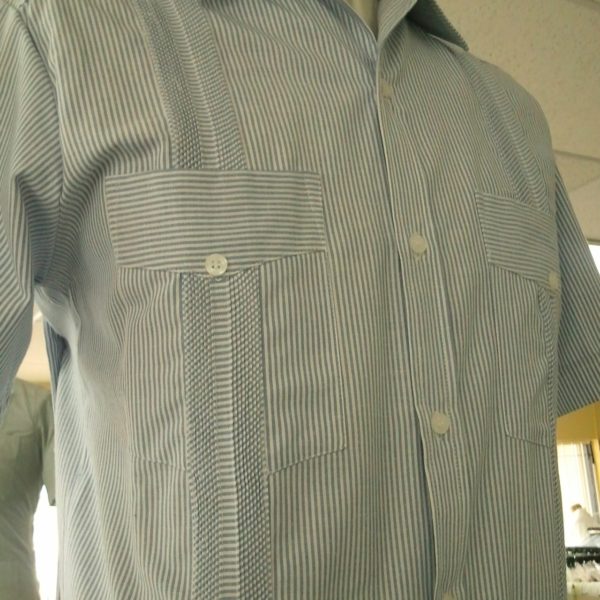 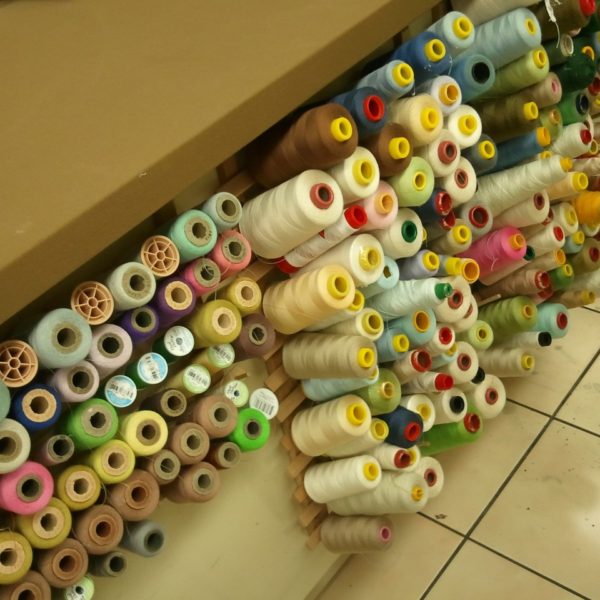 I was in Miami last week, and rather than visit South Beach, I thought I’d take my half-day of free time and go on a hunt for a guayabera. Thanks to a tip from Image Granted, I made my way from my hotel to Ramon Puig, one of the most respected guayabera shops in the world.

If you’re not familiar with the shirt, the guayabera is a pleated, button-down shirt with four front pockets. It’s often worn with short sleeves, though a long-sleeve version is worn in the tropics for business and formal occasions. It’s most associated with Cuba, though you can find it throughout the Caribbean and Latin America, and a sister shirt, the Barong Tagalog, is worn in the Philippines. You can basically find a version of the shirt anywhere tropical trade traveled in the 19th century – even Africa. The name is purportedly derived from the guava plantation workers (guayaberos) who wore them originally, though that’s in much dispute.

The guayabera, like the Aloha shirt, is perfectly suited for tropical weather. It’s also a genuine classic, a garment that blends form and function close to seamlessly. These days you’re much more likely to find American-style dress on younger folks in the third world, but like the Aloha shirt, the guayabera has made a comeback on the strength of cultural pride.

At Ramon Puig, the style is traditional, conservative and distinctly Cuban, but there are racks upon racks of shirts in a dizzying variety of fabrics and colors. There are only two styles: long sleeve and short, but when you multiply those by regular and long sizes, then numerous fabric levels, then colors in each fabric, you get a store filled to the brim. Prices range from $40 for the basic poly-cotton blend shirts to $140 for Irish linen.

Besides all this, there’s also a custom operation. Sr. Puig died a few years ago, but there’s still a tailor making shirts that run upwards of $500 each in a shop in the back. I was lucky enough to fit comfortably in a size medium-tall (be sure to size down one for a slimmer fit if that’s your preference), and walked out with a souvenir I couldn’t get anywhere else.