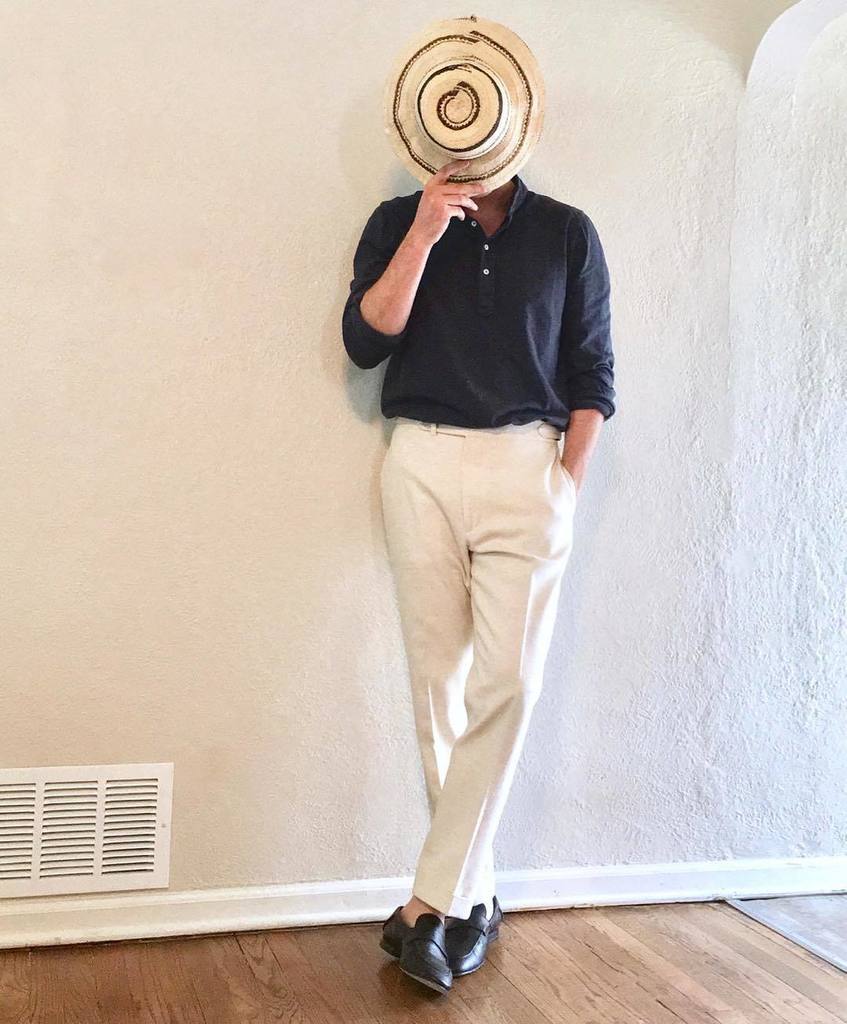 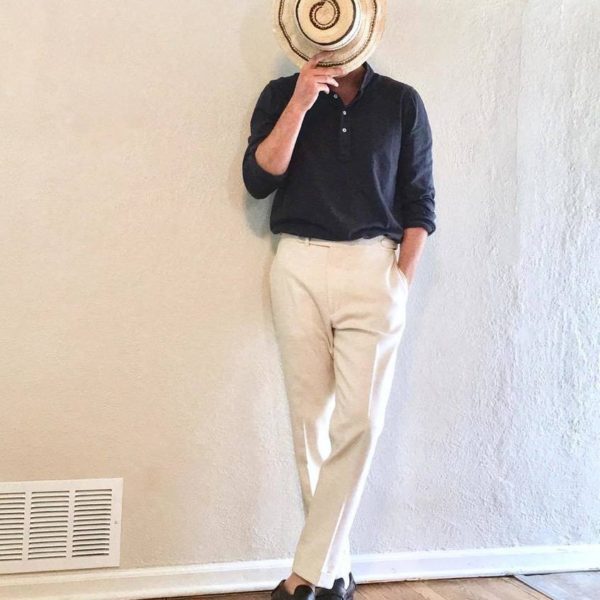 No summer outfit is more ubiquitous and God awful than a short-sleeved polo shirt worn with a pair of baggy chinos. It’s the uniform of corporate drones, Walmart employees, and Best Buy salesmen. As if those connotations weren’t bad enough, the combination was dealt a deathblow this past weekend when corny alt-right types used it as part of a protest.

To be sure, polo shirts can be worn well, but it helps to avoid looking like a middle manager at a corporate retreat. Instead of the plain, pique cotton varieties that litter every mall, try something with a deeper placket, more interesting collar, and some long sleeves (worn up, if you’re not layering this under a jacket). Better yet, polos can be a great way to dress down a casual suit or sport coat (see Yausto Kamoshita, who often wears this combo well). Pablo Picasso was also once photographed in a striking terry cloth polo, although that might look better poolside than downtown.

Your best alternative, however, is to not wear a polo at all. Instead, try a popover – a pullover shirt with a half-placket front. Before shirts were made with coat fronts – that is, where the opening goes from the collar to the hem, like a coat – they were constructed with half-plackets, such as this button-down. Popovers were the standard in the early 20th century, and then became a fashion statement sometime in the mid-century. Today, they straddle the line in terms of formality. They’re more relaxed than a traditional button-up, but dressier than a polo, which makes them great for those days you want to look sharp, but also casual.

Jasper in Denver wears this combo well with some trousers and a shirt from Eidos. The higher rise on the pants, coupled with the extended waistband, jaunty cuffs, and side tabs, make these look a little more stylish than the ill-fitting, low-slung chinos you see everywhere else. The shoes are a pair of dark brown penny loafers from Christian Kimber. The designer took out as much lining and structure as he could, which allows these to feel like bedroom slippers (and give them a floppier, more casual look). And finally, the straw hat is something Jasper bought in Panama City. “I mostly wear it when I’m walking the dog or gardening,” he says.

As for how to dress well in the summer, when you can’t as easily layer, Jasper says:

I try to dress as far from “uptight” as possible, which I think helps when the temperature rises. There’s nothing more uncomfortable than slim-fit-everything when it’s eighty degrees outside. I do like to wear lightweight over-shirts for the sun protection, which is an easy way to avoid getting stuck in a t-shirt all summer. If you want to dress simply, focus first on silhouette. For example, I think that something as simple as a plain, fitted tee tucked into wide trousers can look very nice. Beyond that, try to aim for more than just looking “acceptable.” Look at vintage photos, sort through Pitti street style edits (gasp), browse summer lookbooks. Oh, and don’t be afraid of white or cream pants.

To me, seasonal dress is as much about how you wear garments as it is about the fabrics, and summer calls for a more relaxed wardrobe than fall or winter. These days, my main criteria for a summer outfit is whether I’d feel comfortable drinking a glass of rosé at an outdoor cafe while wearing it.