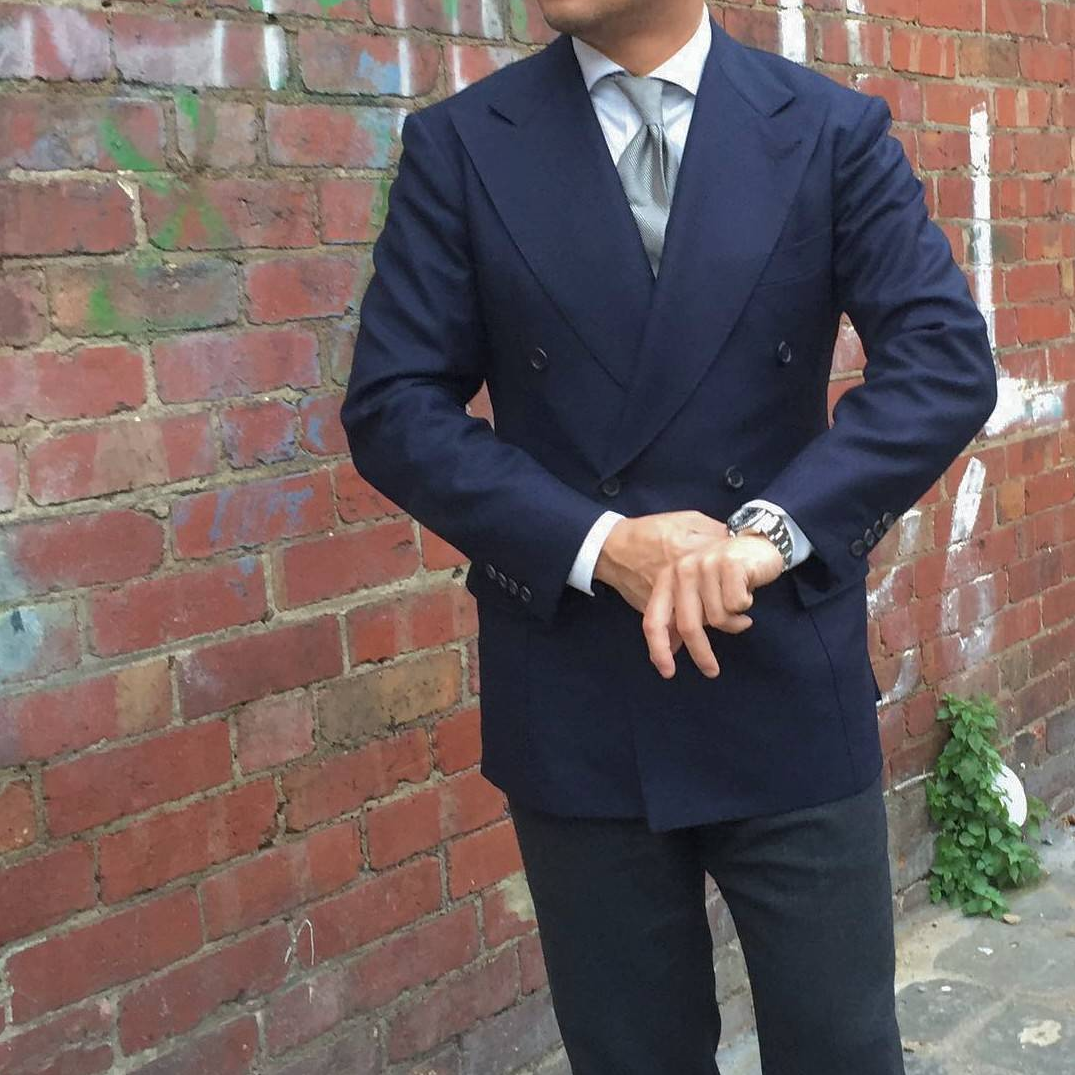 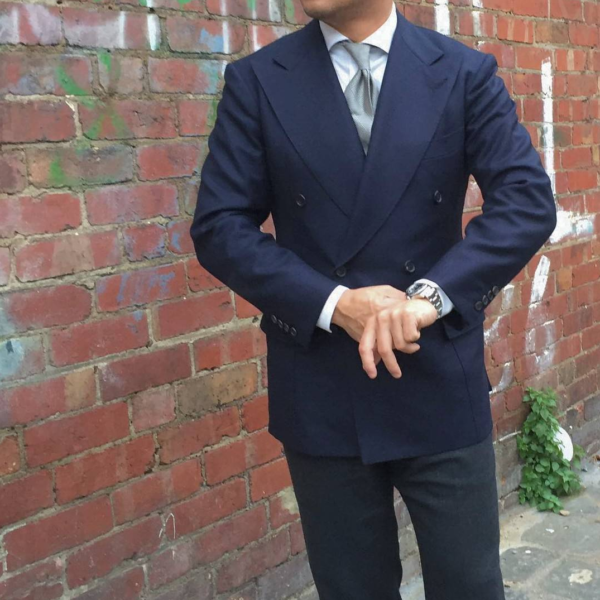 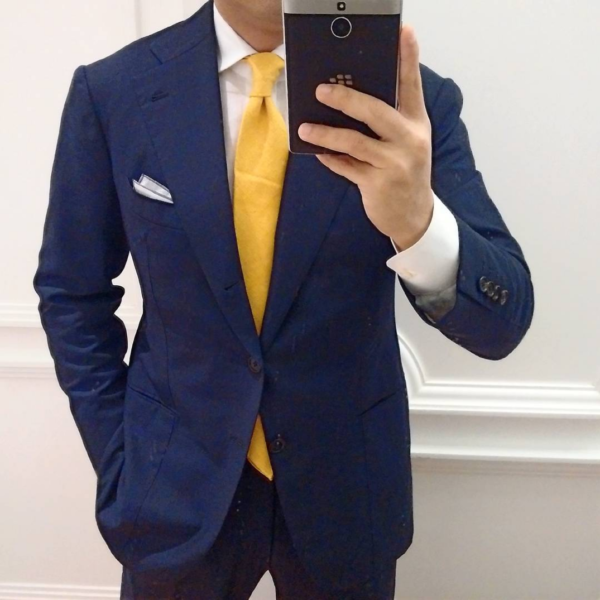 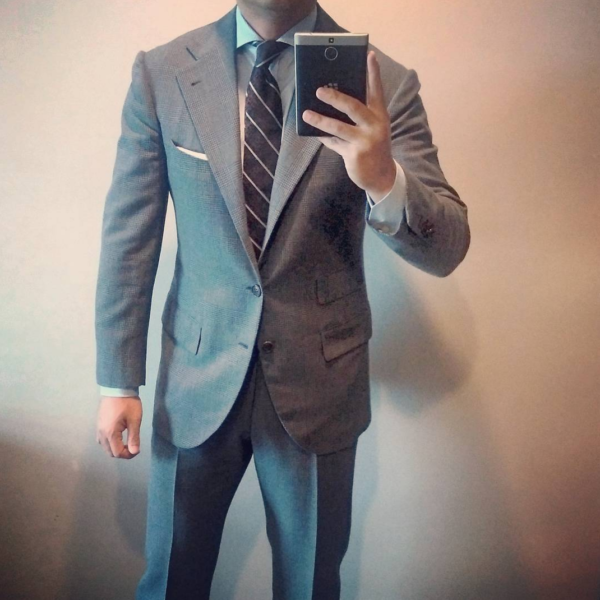 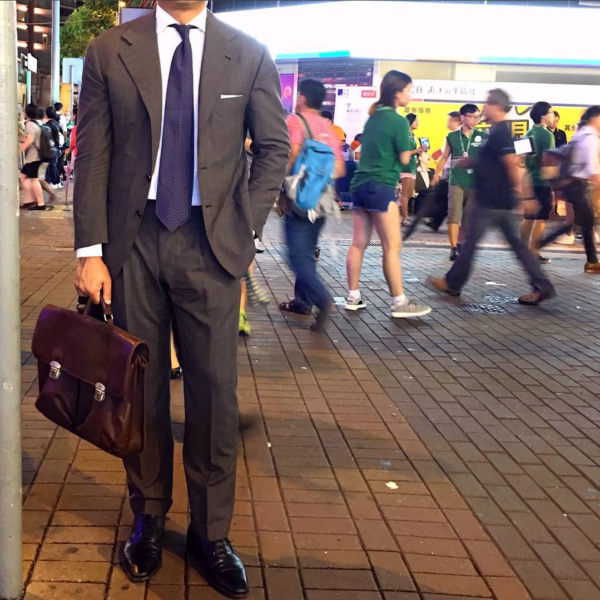 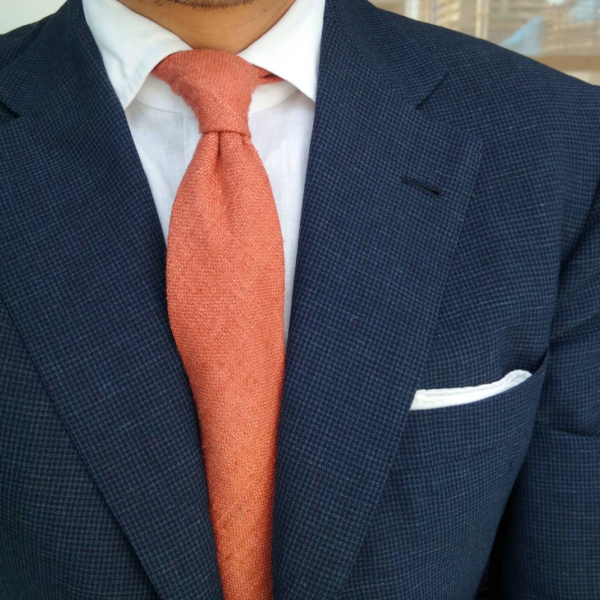 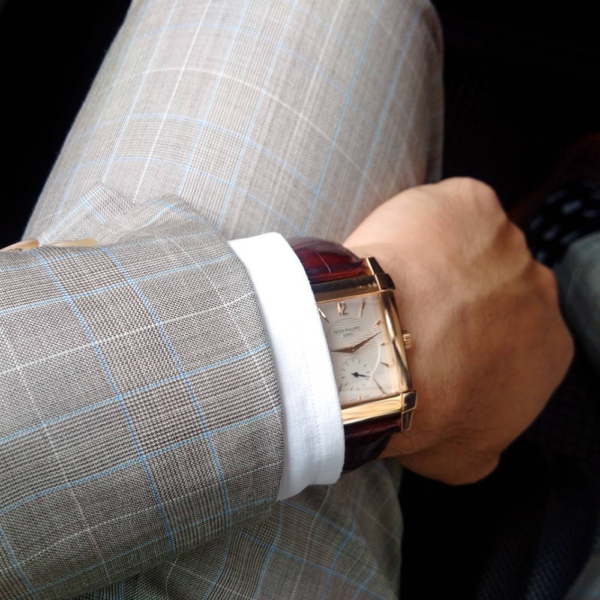 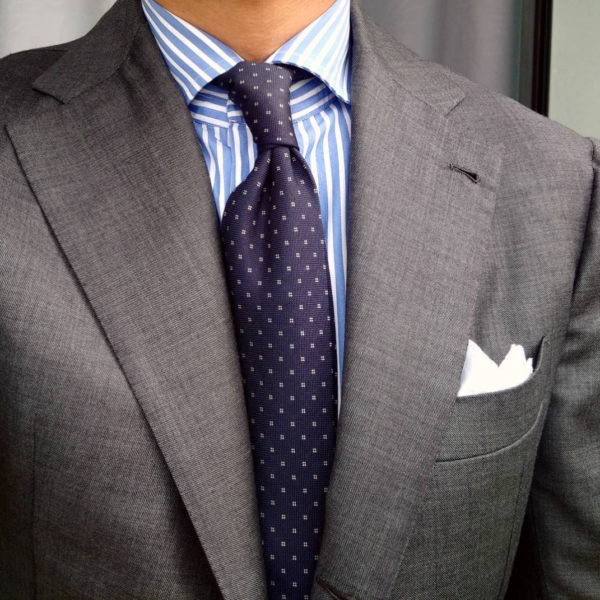 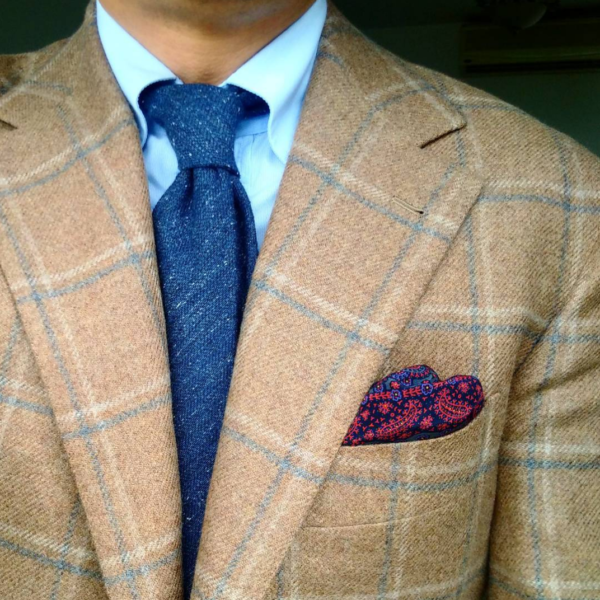 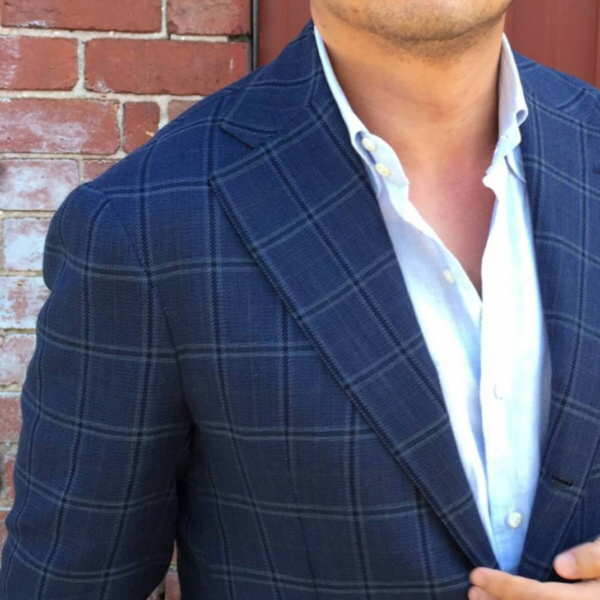 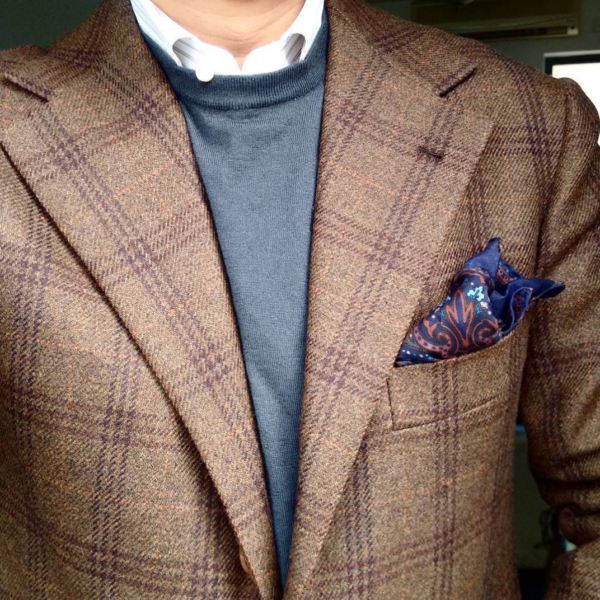 For guys who like tailored clothes, there’s often this running tension of wanting to look traditional, but also not so traditional that they seem stuffy. A navy or charcoal suit, for example, is often thought of as the uniform of corporate drones. If you wear suits more out of choice than necessity, sometimes you want your personality to show through.

For some guys, that means choosing brighter, bolder fabrics – loud checks and unusual colors – or wearing trendy accessories such as colorful socks and bracelets. Sometimes those things work; a lot of times, they don’t.

Finding what works for you can be deeply personal, but I like what my friend Gary in Hong Kong calls “building depth.” The idea here isn’t novel, but it’s worth reminding. You can look stylish in your clothes by just playing at the margins – instead of hitting people over the head with flashy cufflinks and contrast collars, pay attention to the subtle details.

First and foremost, building depth begins with focusing on fit. We have a few primers on this, but the basics are simple: make sure your jacket’s collar hugs your neck, and that there’s no puckering or pulling anywhere. After that, start to pay attention to the silhouette – do your clothes flatter your frame?

Gary, for example, has a broad chest and square shoulders, so he does better in the sort of softer suits you find coming out of Southern Italy (where, incidentally, he travels to get his clothes made). Conversely, guys with more sloped shoulders often benefit from having a little more padding. As always, be honest with how you look in the mirror and find what’s right for you.

“Solids with Something Extra”

I’ve gone on record as saying that your first suit should probably be solid navy. For guys who don’t wear suits often, this allows you to more easily wear the jacket as a sport coat – turning what would have only been a special-occasions garment into something you can break out every day.

Gary, on the other hand, wears suits all the time for his job. So, instead your basic twills and plain weaves, he likes fabrics with a subtle pattern in them – birdseye, nailhead, sharkskin, faint glen plaids, etc. Our friend Kiyoshi calls these “solids with something extra.”

The idea here is to get something that resolves to a solid from afar, but has enough visual interest to distinguish it from your basic, solid-colored suitings. These sort of weaves can be a great way to build depth – something quieter than your windowpanes and pinstripes, but have just a little something underneath the surface to make them interesting.

For sport coats, Gary chooses slightly bolder patterns to distinguish them from suit jackets, but you still see a running theme – reliable colors such as blue and brown, which are often a lot easier to wear than brighter jacketings.

Sticking to One Pattern

Finally, there’s how Gary combines everything. “I try to choose one item with a pattern and then put everything else in a supporting role,” he says. “Like with my suits, I have a lot of white and blue shirts in different weaves. So my ‘go-to’ combination typically ends up being a solid-colored shirt with a subtly patterned suit and textured tie.”

This sort of advice sounds basic, but it’s also a good way to think about how to build a wardrobe. You can make a great impact with just the fit of your clothes. After that, consider the subtleties – fabrics that have just the right amount of visual interest, along with how you combine your jacket, shirt and tie. A lot can be done at the margins.

Incidentally, Gary is coming out with a book next month on bespoke shoes. As a guy who has used some of the best shoemakers in the world, it should be a great read for people interested in craft.