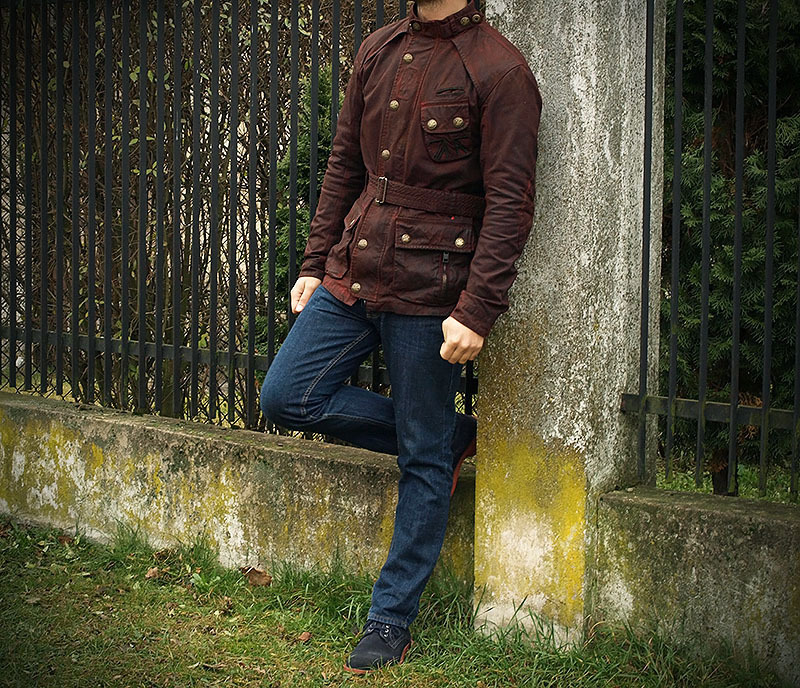 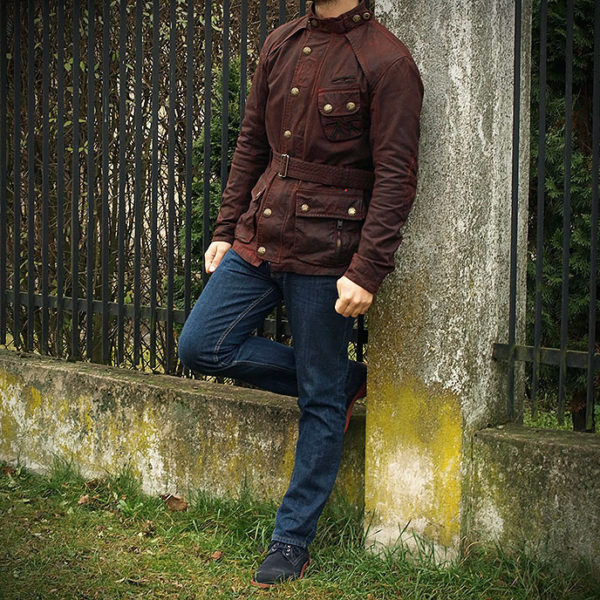 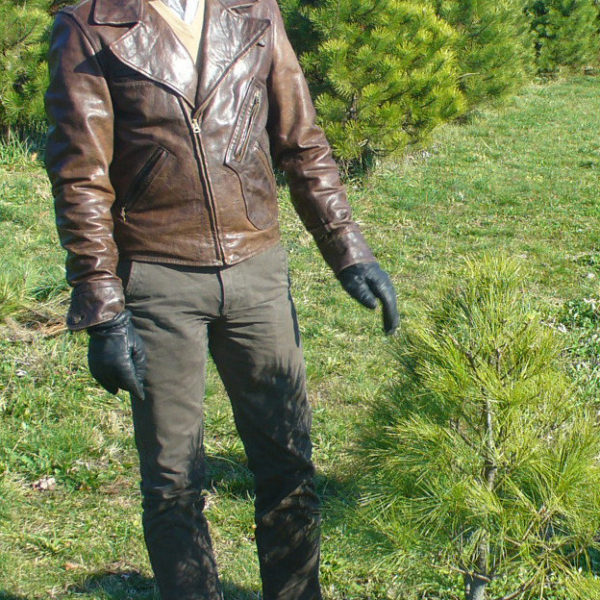 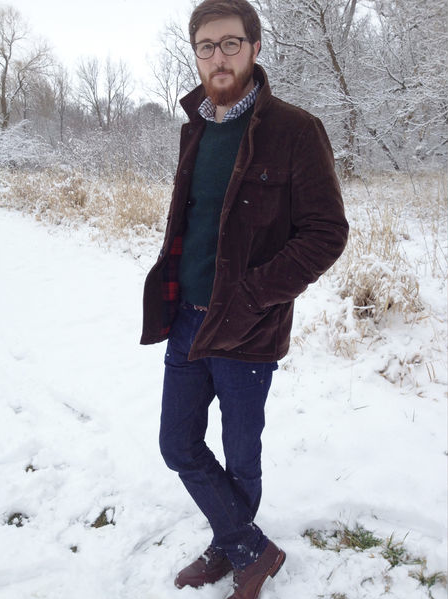 As part of an ongoing series, Put This On will be featuring photos from real men with great style.

I wanted to feature a few examples of simple, casual outerwear this week. All of these are great looks for the weekend, but also are decent for guys who won’t need to don an overcoat over a suit for their day-to-day.

“The-Bigwig” from Poland demonstrates how to easily wear a waxed motorcycle jacket. The oxblood color works great for the fall season and is a nice alternative to the often-seen black jacket. The rest of the outfit is simple and very casual: denim and navy plain-toe bluchers.

On the right, Aaron in Louisville continues the motorcycle jacket theme, but with brown leather. The colors of the entire outfit are complimentary and reminiscent of military tones. No one item is overwhelming and overall it looks laid back and very casual country rather than overly urban as leather motorcycle jackets tend to be.

In the bottom left, Mike from Michigan has a country look that’s very coherent. The corduroy field jacket, shaggy Shetland sweater and checked shirt that compliment each other quite well. The utilitarian boots with the denim are a natural match, too.

The takeaway from these three gentlemen is that a good casual outfit for the colder season can be built rather easily by picking a simple piece of outerwear and colors that represent the season well.