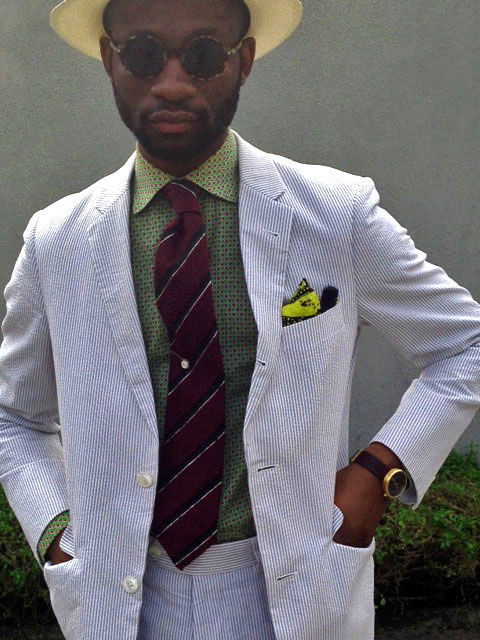 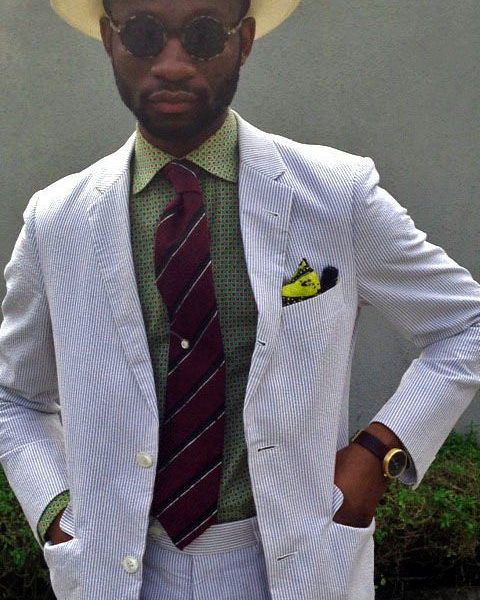 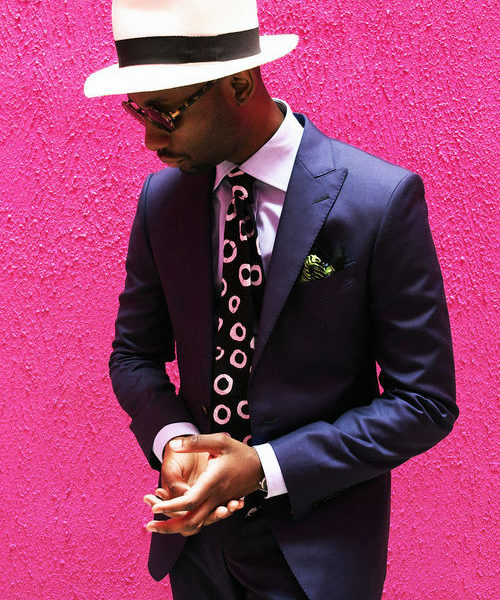 Ethan Newton of The Armoury recently wrote a nice piece about finding one’s “voice” when it comes style, and it reminded me of Niyi in New York. Niyi is a bold dresser, often wearing things I’d never wear, and using them in a ways I’d never consider, but he’s also often pulling off looks that I admire.

Above are two good examples. In the first photo, he’s wearing a tie I also happen to own. It’s a striped burgundy raw silk from Drake’s, which they sold a couple of years ago. When I wear mine, I pair it with a simple, light-blue, striped shirt and a conservative solid-tan sport coat. Niyi, on the other hand, is wearing his here with a dotted lime green shirt (!) and a more attention grabbing seersucker suit.

In the second photo, he’s in a more somber, solid navy suit, but has enlivened the look with his choice in a tie and pocket square. The tie is actually from his own accessories line. It’s a navy cotton that’s been treated to a process called adire, a kind of hand-dyeing treatment developed by the Yoruba people of Nigeria. Niyi himself is of Yoruba descent, and his men’s accessories line heavily reflects his heritage. You can check it out at his website and (soon) Sid Mashburn.

I’ve always believed that you don’t have to share other people’s choices in clothing in order to appreciate their style. Niyi’s bold sense of dress reflects his personality as much as my conservative sensibilities reflect mine. It’s this diversity of dress, and pursuit to find one’s own “voice” as Ethan puts it, that makes dressing personal, social, and fun.