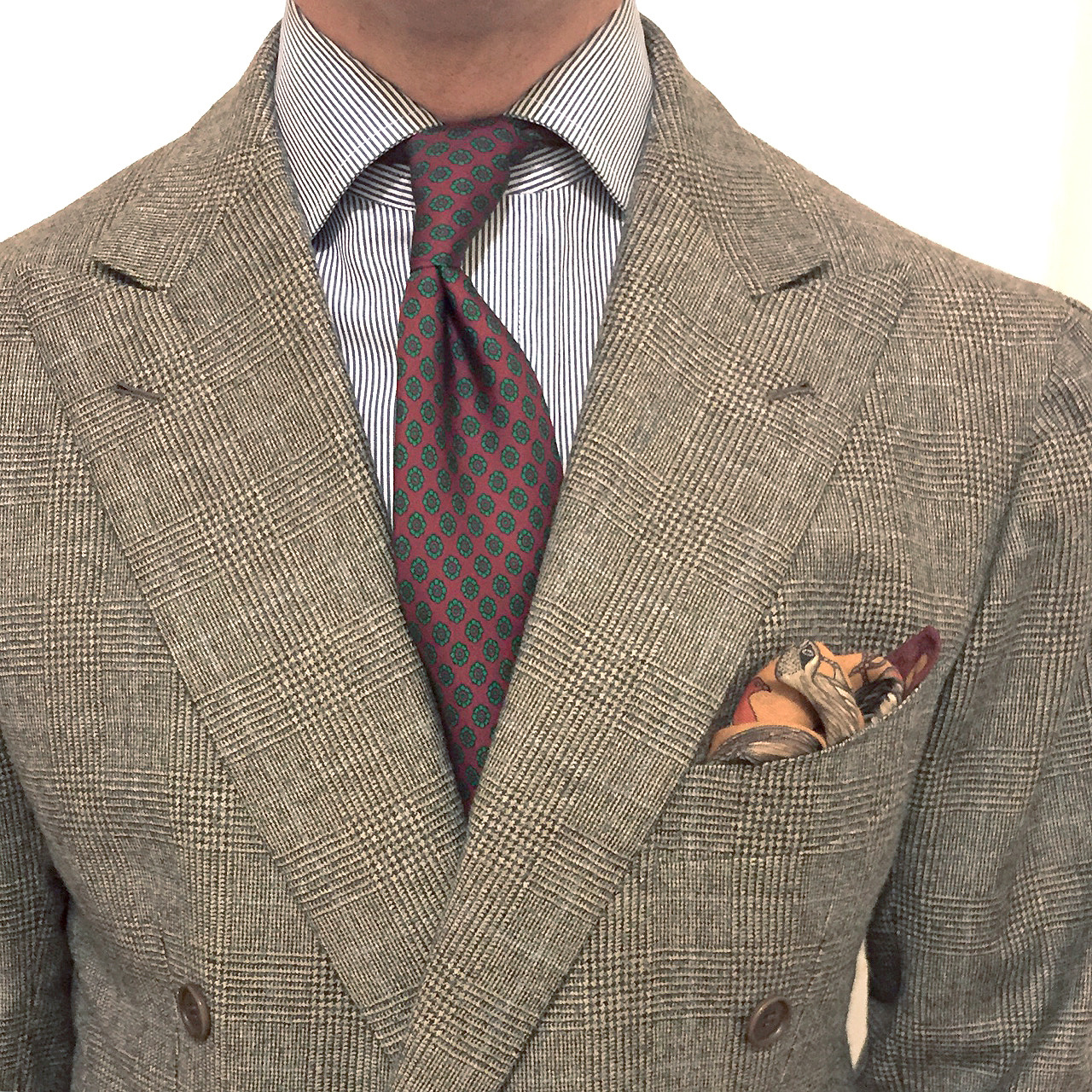 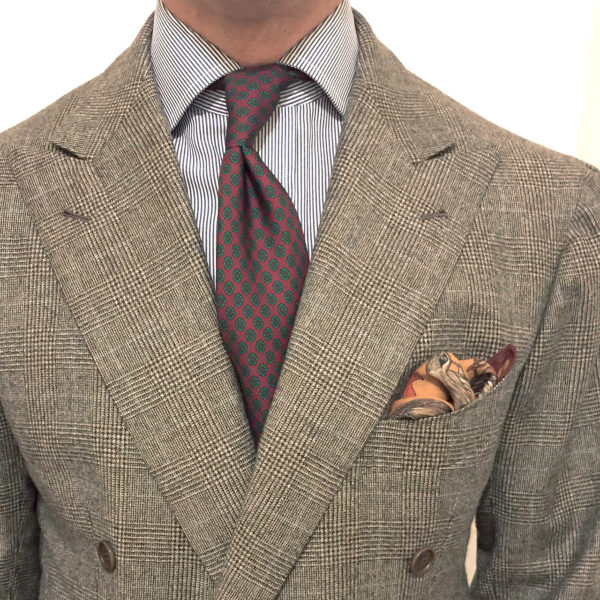 Having a system for how you get dressed sounds needlessly complicated, but it can also simplify a lot of your choices in the morning. Our friend Pete in San Francisco is a master at putting together sophisticated ensembles. What looks deceivingly complicated, however, is actually quite simple when you break it down.

“I always start with my suit or jacket,” says Pete. “That sets the foundation for everything else – patterns, colors, and materials.” In the above, Pete is wearing a grey double breasted suit from Napoli Su Misura. The glen plaid pattern stands mid-way between the large pattern on his pocket square and the smaller patterns on his tie and shirt. By varying the scales of his patterns, he can combine four without looking like a dizzying mess.

Next is color. “I tend to think of colors in terms of ‘temperatures,’” he says. Reds are warm, while blues are cool. Greys can go either way, which is why they make a good base for the warm burgundy tie and ochre-colored square here.

Finally, there’s the fabric. Everything here feels suitably seasonal – the suit is made from a worsted flannel, tie from ancient madder silk, and pocket square from wool. “I try to get some variance in there. So if the tie is silk, I’ll use a wool hank – or vice versa..”

By starting with the suit, everything else follows naturally. In this case, the mid-scale glen plaid already eliminates any other mid-scale patterned shirts or accessories, so he just has to pick things that have either large or small patterns. After he finds an appropriate shirt and tie, he simply needs to pick a pocket square that goes with his neckwear. The ochre color in the hank perfectly complements the burgundy in his tie, while the wool material nicely balances out the sheen of the silk.

“The tie, shirt, and hank combination is the trickiest,” says Pete. “They take up the least amount of space on your body, but they’re the easiest to get wrong.”

That’s when having a system helps.