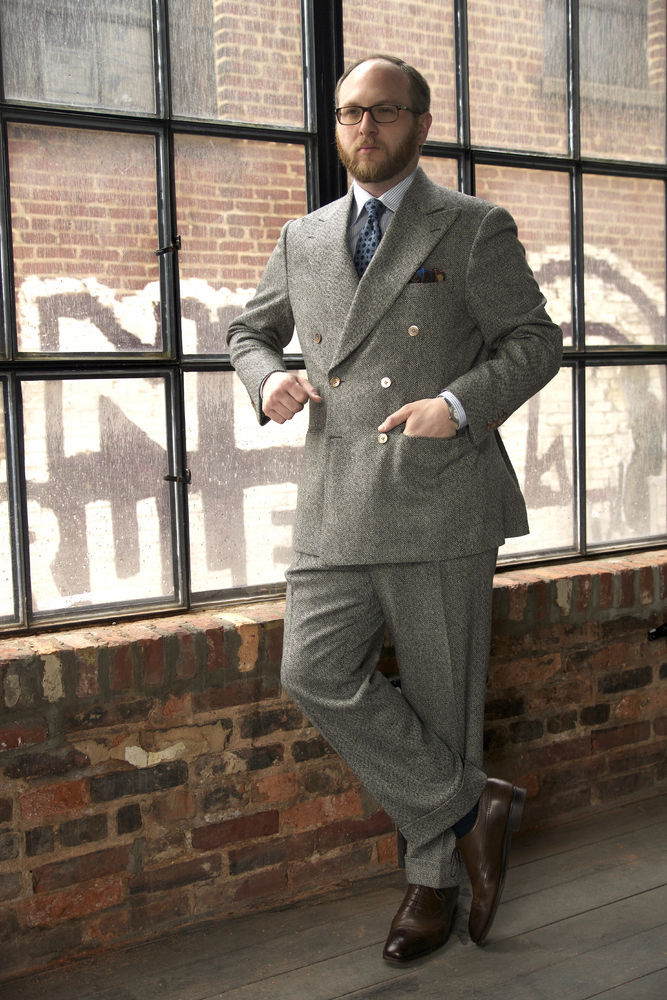 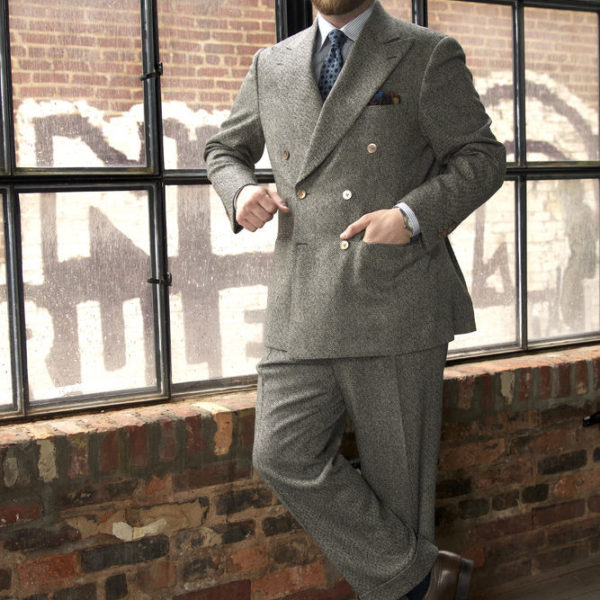 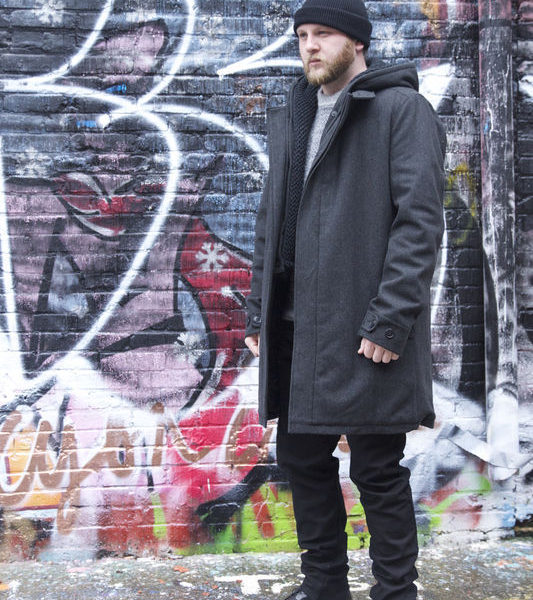 One concept we consistently champion at Put This On is building personal style. I know we’re all super-jaded postmodernists for whom concepts of authenticity are passe, but despite the fact that everything we wear is costume, what you wear shouldn’t be costume. All that said, wearing essentially the same damn thing every day gets boring. Shlomo in Baltimore has one of the most tasteful modern business wardrobes I’ve even seen–well-tailored, mostly Italian suits and accessories and handsome British shoes, plus he has a good eye for pairing shirts and ties. Not to mention a respectable beard. Over the last year, though, Shlomo has been shifting his focus from obscure Neapolitan tailors to obscure designers who specialize in dark, rough-textured, handmade garments that are pretty far from business formal. He wears both well, as seen in the photos above, shot by a friend in Baltimore.

Outfits like Sartoria Formosa and Individual Sentiments (Shlomo is wearing a Formosa suit above left, and IS pants on the right [Correction: I was 100% wrong on what Shlomo was wearing. He owns Formosa suits but this is actually a Panta ensemble. Plus the pants aren’t even IS. The boots are MA+ though, which IS artisanal and Italian]) share a marketing strategy that emphasizes handwork and Italy, but that’s about all they have in common (OK; they’re also quite expensive). One is rooted in a disappearing tradition of classic, tailored lounge suits, the other loosely draped over concepts of organic design and precise construction (and B.S. mission statements). Not a lot of closets have space for both types of clothing, but Shlomo proves that one needn’t limit oneself to one concept or the other. He told me “I think that being pigeonholed into one style is very constricting. Whatever your work or leisure life may demand you to wear, there is usually time when you are free to wear what you want, and its a lot of fun, and a great challenge for me, to try and branch out and enjoy other styles."

Shlomo said he appreciates what designers like Stephan Schneider and Yoko Ito, behind Individual Sentiments, are doing with interesting fabrics and construction techniques. I agree with him–I wear slightly dressed up business casual 9 to 5 but I like to wear slightly more directional stuff off duty, and enjoy opportunities to take chances on new, or new to me, lines that I discover via word of mouth or sites like Third Looks or Four Pins. Sometimes that means I try on or buy something that’s a little ridiculous, but as often it means a positive tweak to personal style.