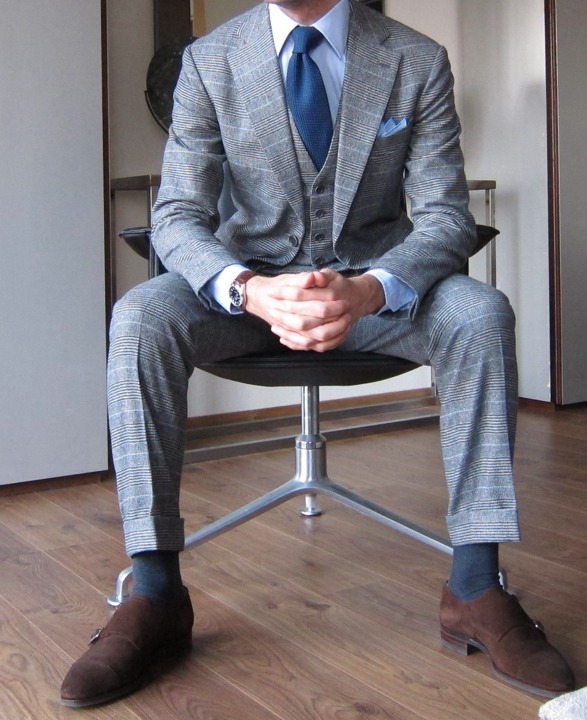 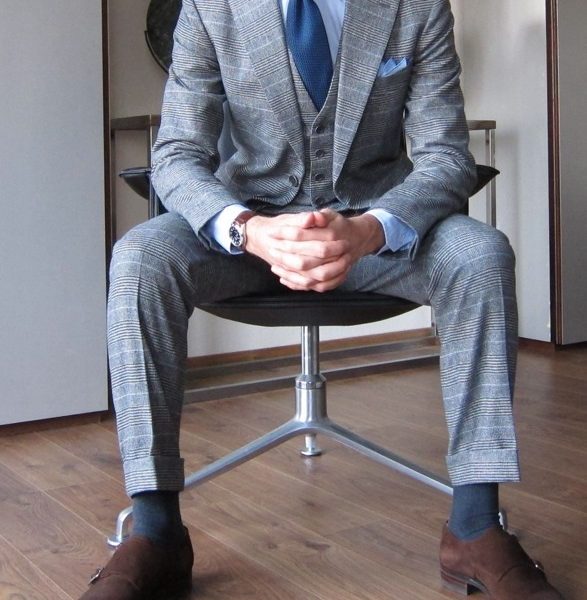 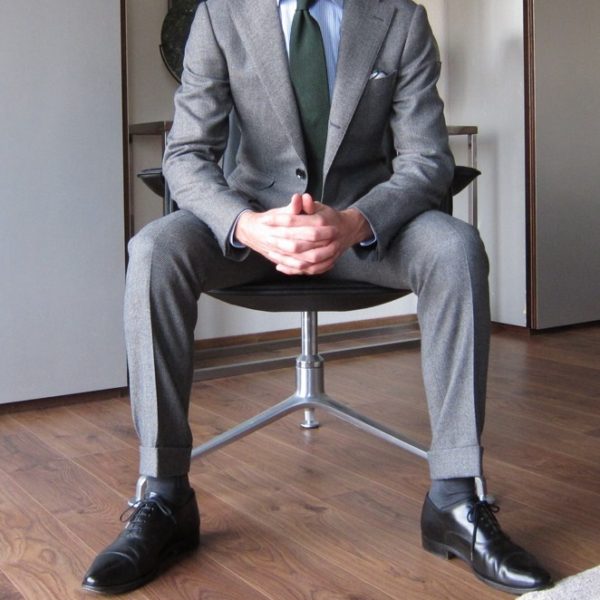 Although black shoes have always been considered de rigueur for traditional men’s suiting, they haven’t always been well loved. It might be because black doesn’t take on the same rich, deep patina that browns can develop – with those multiple layers of polish and well-worn creases – or because of the influence of Southern Italian style in the last decade or two, where many men favor more casual colors. Or maybe, as Pete suggested last year, it’s because the passing from black to brown has become something like a rite of passage for style conscious men, as they ditch their duck billed black shoes for sleeker shaped brown ones.

Whatever the reason, sometimes I think we’re missing out on something truly good by neglecting all black footwear. Particularly black oxfords, which seemingly everyone has at least one pair in the closet, but never actually wears.

Check out Paul from Luxembourg above, for example. With a mid-grey suit such as this one, you can wear either dark brown or black shoes (check out Jesse’s review of suits and footwear at the end of our Milan episode). With brown footwear, particularly in the suede double monks you see here, the suit feels a little more casual. With black footwear, it suddenly transforms to something more modern, sleek, and even authoritative. You can also get a sense of different “temperatures” from the two ensembles. The brown suede shoes give a warmer vibe to the suit, while the black shoes make the suit feel colder.

Neither are better or worse, and certainly Paul looks great in both, but I particularly like the black oxfords in this case. Perhaps more British in style than Italian, but it’s been a popular choice there for good reason.