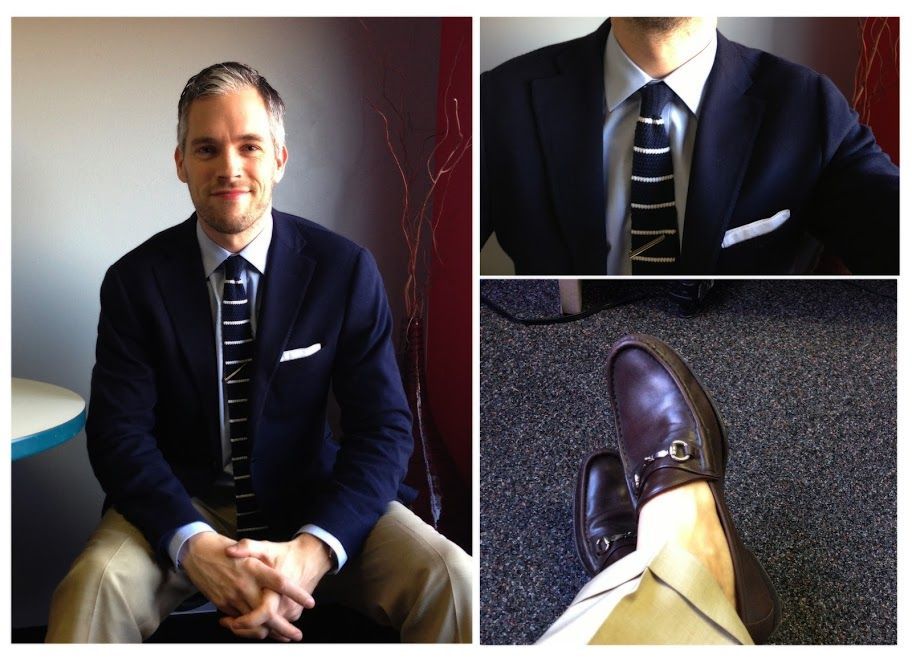 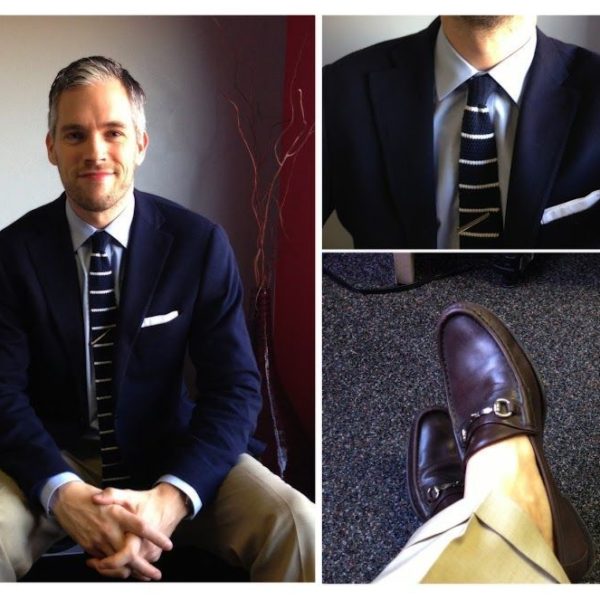 I’m a bit jealous of Mark in Atlanta. While we’re in galoshes and winter-boot weather in Chicago, he’s been able to go sockless while wearing loafers. I’ll admit to being drawn toward the sockless (or no-show sock) trend for a while, but I’ve come to find it really only looks best with loafers or casual mocc-toed shoes (like boat shoes) because of its informality.

I also enjoy his striped silk knit tie. While Derek has written in the past about the versatility of the black silk knit tie, I think a good second or third silk knit purchase might be ones with stripes or sewn dots. The added pattern allows you to have a casual piece of neckwear that can take an ensemble that’s composed of solids and break the plainness of the look.