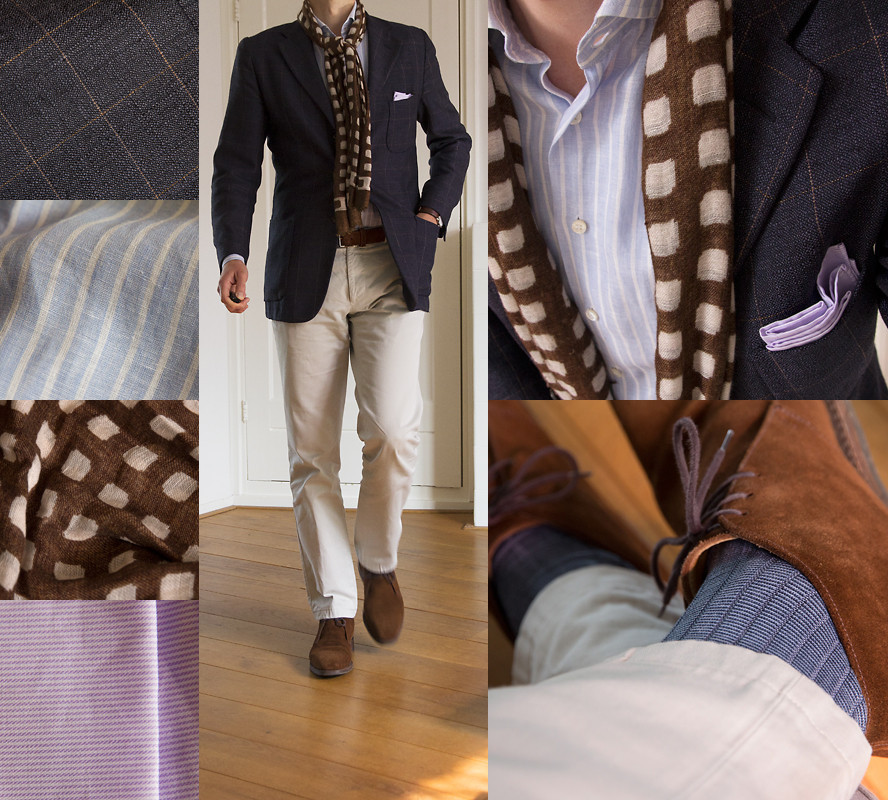 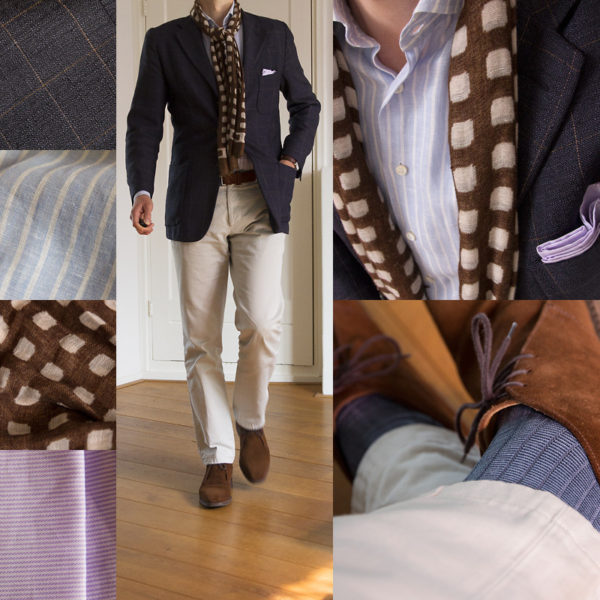 Where I live, in the Washington, D.C. area, we’ve already had 4 days of 90 degree heat, so I’m envious of people like C. in the Netherlands who can wear light scarves late into spring and even summer. I’m also envious of C.’s scarf itself in these photos, in a simple brown and cream patterned linen that complements the tone of his trousers and the blue of his shirt. When tied, it occupies the space that otherwise might be covered by a tie, and a scarf like C.’s can be a good casual tie alternative without going full ascot.

C. also submitted this as one of the more subtle entries in the recent Styleforum four-pattern challenge. Really, only the scarf is boldly patterned; otherwise, it’s a variation on a look most men return to over and over: navy sportcoat, blue shirt, and light colored cotton pants. Adding subtle patterns and the texture of looser weave linen refines the combination.

Finally, beyond patterns, C. has truly mastered the “walking toward the camera selfie.” Many bloggers (me included) have used up their camera phone’s storage space with poorly timed attempts at this level of on-camera nonchalance.