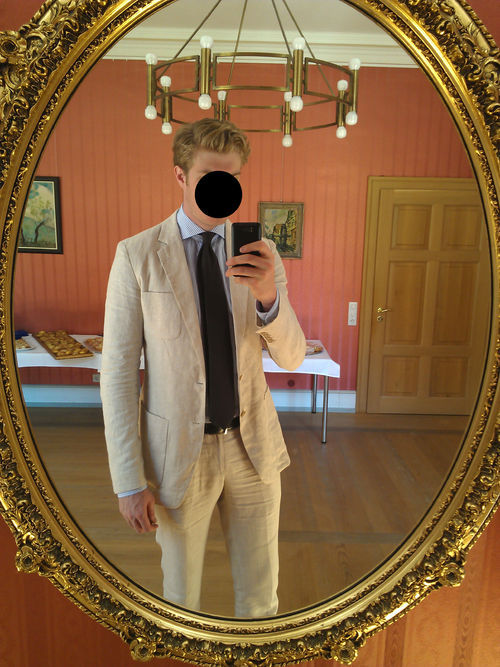 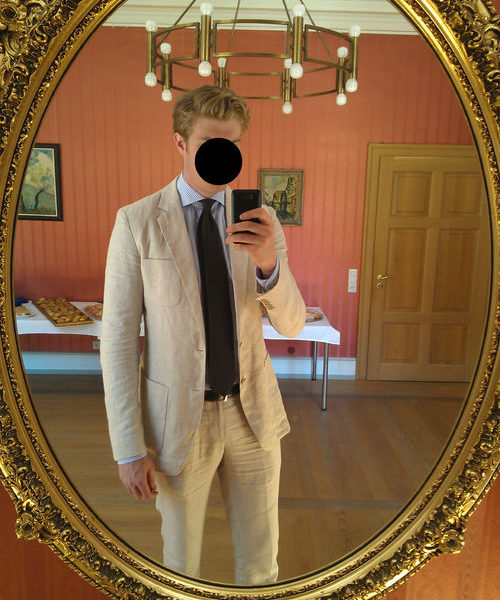 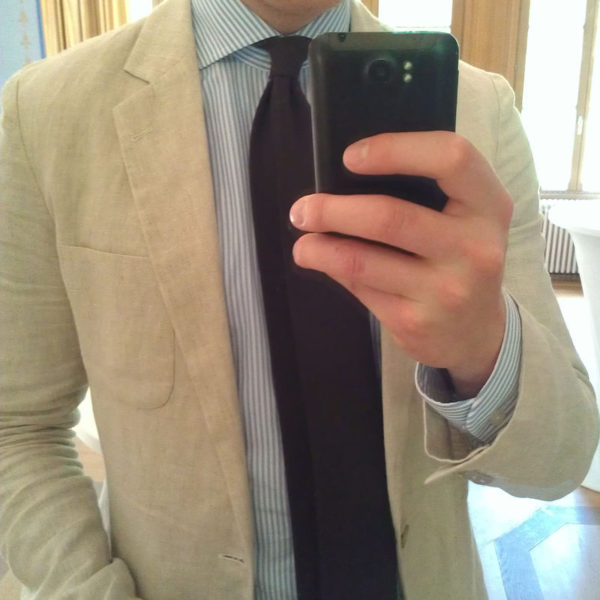 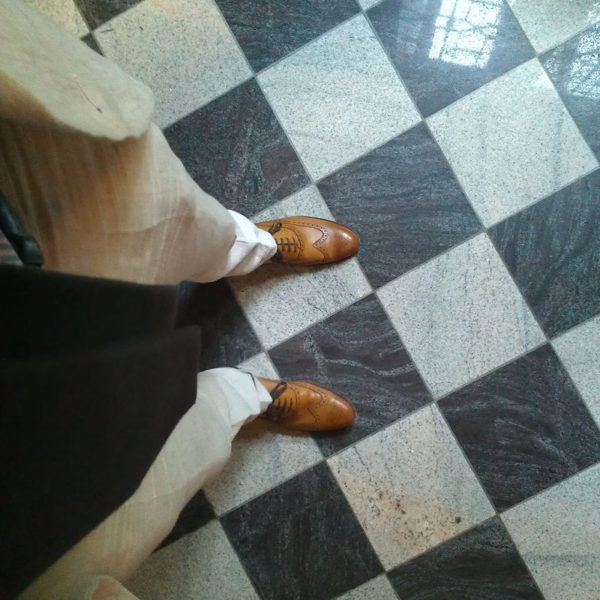 My friend gdl203 maintains a really nice thread on StyleForum where he reposts his favorite pictures that other members have posted of themselves. It’s a nice way to catch some of the best looks on StyleForum if you don’t have time to follow one of the many “What Are You Wearing Today” threads (where the activity can get quite busy). Gdl203 doesn’t update his thread often, but when he does, it’s always great.

His latest post came three days ago, and it’s of a StyleForum member in Germany named David. David is seen here attending an alumni mixer while wearing a khaki linen suit, blue and white candy stripe shirt, and a solid brown tie. For shoes, he has chestnut colored wingtips, which is a much more summery color than your standard dark browns.

I like how the stripes on his shirt break up the expanse of solid colors on his suit and tie. It adds a bit of variation where a solid blue shirt would have not. I also really appreciate how breathable the suit looks. Not only is it made from a pure linen, but it has three patch pockets. This allows it to do away with any lining that would otherwise be necessary to protect interior bags used for welted pockets. And though it’s hard to judge from a photo, the coat also looks quite soft, suggesting that the canvassing and chest piece inside are relatively thin. Having an unlined jacket with only a thin layer of material allows heat to escape more easily, thus letting the wearer stay as cool as possible. Useful if you, like me, get hot easily.

Of course, what I really like most are the wrinkles. While some people can’t stand how linen rumples and creases, I think the look imparts a certain carefree, natural charm. It suggests that the wearer himself is stylish, not that his clothes are perfect.