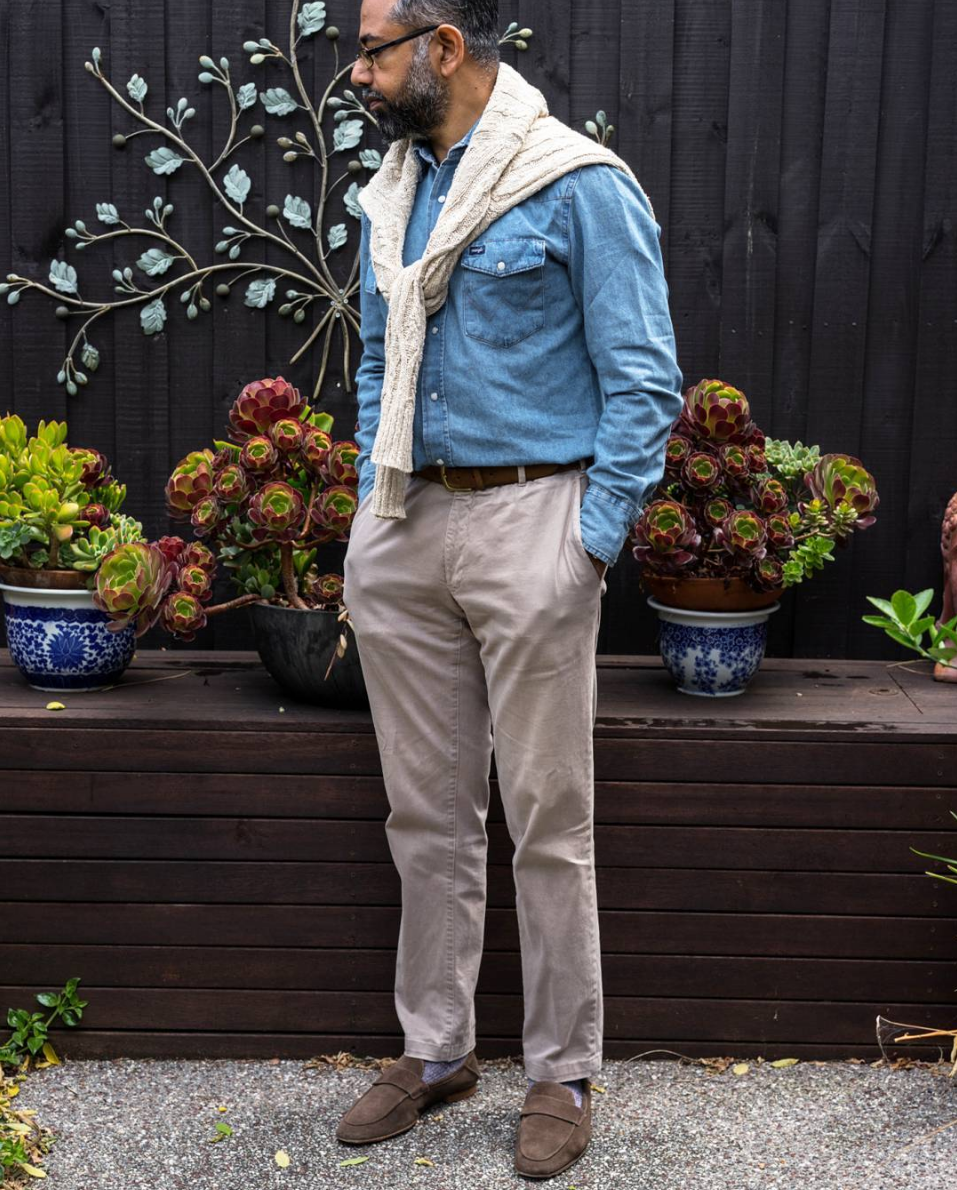 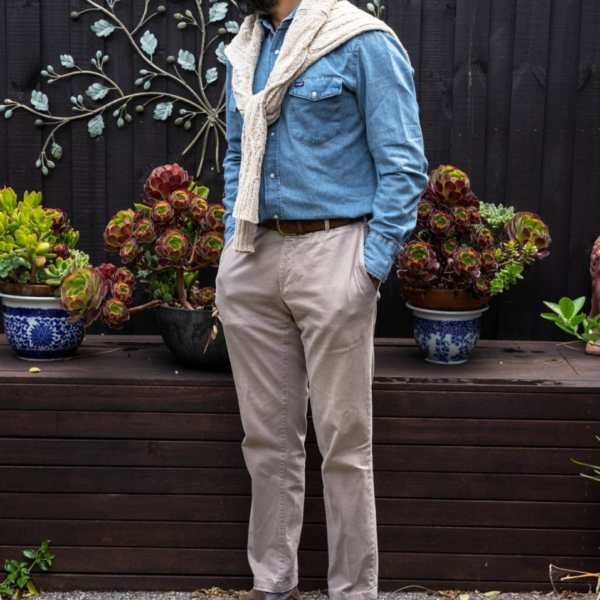 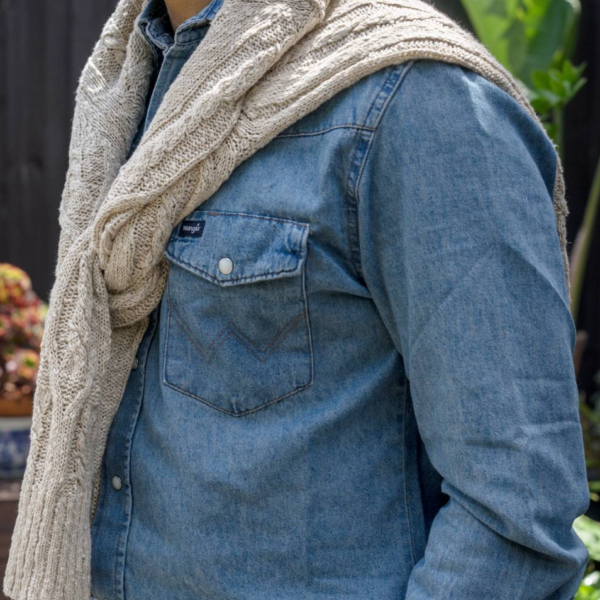 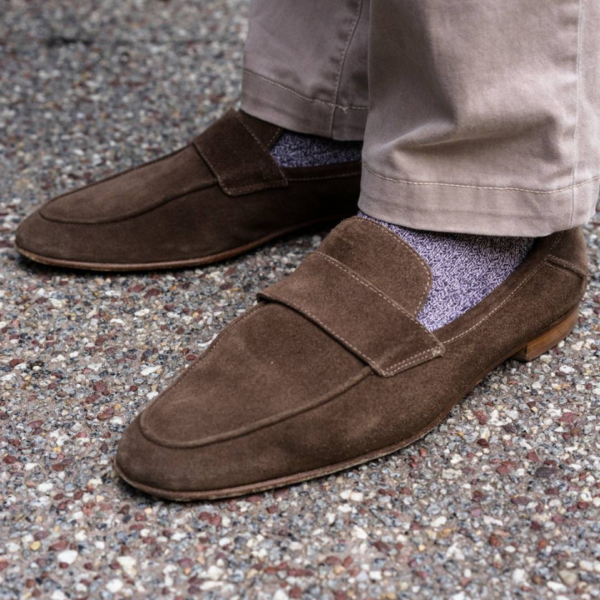 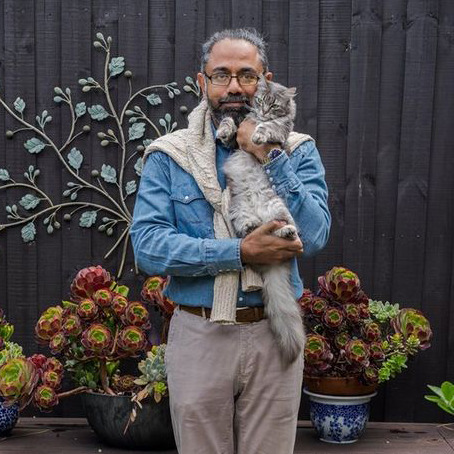 Our friend Gerry in Melbourne took a chance on that $29 Wrangler shirt I wrote about last November. I admit, when I first made the post, I felt a bit sheepish. The photos on Wrangler’s site look awful and there aren’t many examples online of the shirt being worn well. Until Gerry published his on Instagram anyway.

Gerry is wearing his above with slightly preppier elements – slim-cut chinos, unstructured suede penny loafers, and a cream cable knit thrown over his shoulders. I think the outfit would work equally well if you swapped out the sweater for a charcoal topcoat, or maybe change out the loafers for some boots and put on a green field jacket. Stonewashed denim shirts can be a great way to play down the formality in tailored clothing, or complement the rugged sensibility of workwear.

Unfortunately, the shirt is sold out at the moment on Wrangler’s site, but it’s still available through Amazon. Just be sure to stick to the stonewashed denim shirt – the other designs, including the chambrays, are pretty awful.

At $29, you’ll want to expect some compromises in quality. The interior seams here are messily finished with overlock stitches and the collar’s interlining could be better. That said, I find the shirt checks all the right boxes – the fabric is soft, but sturdy; the fit is slim, but flattering; and the hem is long enough to allow the shirt to stay tucked in all day. Gerry, who also owns a denim shirt from Orslow, says it compares surprisingly well to high-end pieces retailing north of $250. “The Orslow shirt is better, but not as much as you’d expect,” he says. “The Wrangler is definitely hard to beat in terms of value and it feels comfortable straight off.”

Oh, and in the last photo above, Gerry is posing with his rescue cat, which will always get a reblog from me. Little known fact: posing with cats is actually an old fashion tradition.