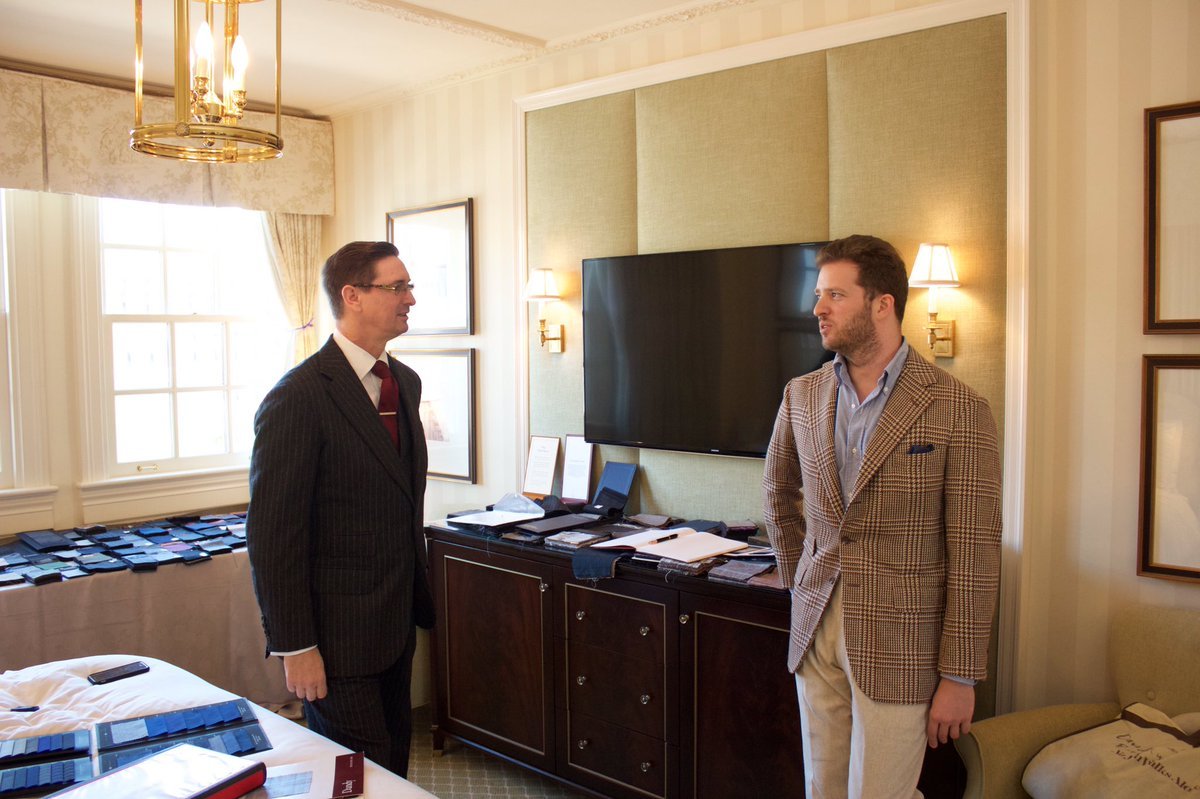 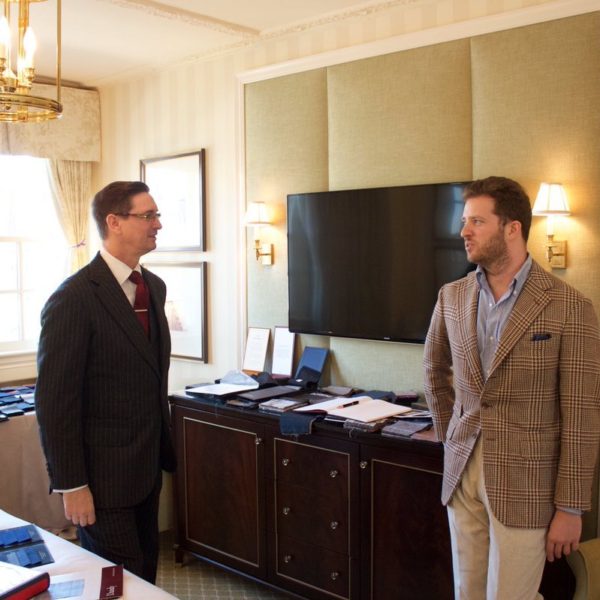 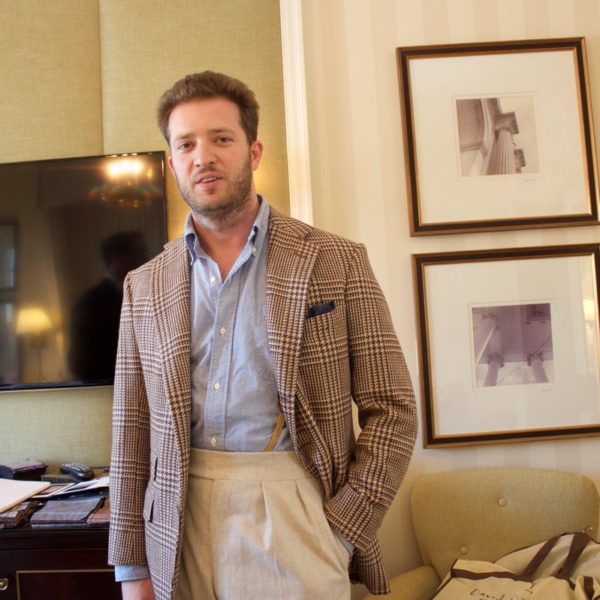 I love these two photos of my friend David in Washington, DC. Here he’s visiting Edwin DeBoise of Steed Bespoke (a tailor we share) during one of Edwin’s trunk shows. David is wearing something very similar to my own work uniform these days – a casual sport coat with wool trousers and a light blue OCBD. Like David, I sometimes go sans tie for a more casual look, although this almost always means the jacket looks better with a pocket square (we have a few, if you need).

Some guys are afraid of wearing tailored clothes because they find it a bit too formal. And let’s be honest, even a sport coat can feel a bit dressy in 2016. Since at least the 1970s, tailored clothing has become more of a rarified thing in American life. Even people who work in law and finance are finding themselves dressing down. When everyone is in t-shirts and chinos, it can be hard to wear something a little more tailored.

David notes that what he does isn’t necessarily about dressing down tailored clothes, but rather just veering closer towards the more casual side of the spectrum:

I think of dressing down tailored clothing as trying to make items seem less formal than they are – a charcoal suit jacket with jeans and sneakers, for instance. In most cases, I think this looks careless at best and clumsy at worst. If the question is how to wear tailored clothes without wearing a tie, then a sport coat, button down, and odd trousers (flannel in fall/winter, linen in spring/summer) are all you need. But you’re not ‘dressing down’ any of those items – you’re wearing them the exact way they’re supposed to be worn.

To get that look, learn how to read formality in tailored clothing and pick up some more casual shoes (brown derbies are a good start). If you wear a tie, opt for something like a silk knit (black goes with everything). When going open-collared, check our guide on how to make sure your collar can stand-up on its own. Our friend George in Beijing is a great source of inspiration for these sorts of looks.

David’s last piece of advice on how to look approachable in tailored clothing:

There’s another, separate question, which is whether or not you look stuffy and unapproachable in tailored clothing. Some people might see people in “fancy” clothing and assume they’re vain, self-centered, or otherwise well-defended against human contact. I think the best antidote to that sort of impression is not a particularly nonchalant tie knot or other dégagé affectations, but a friendly and open attitude. Or, of course, if you’d prefer people leave you alone and assume that you’re aloof (NTTAWWT), then by all means, tailored clothing is a good place to start.

Incidentally, for those interested, David’s jacket and trousers were made by Steed. Although their services aren’t cheap, they’re one of the more affordable bespoke tailoring houses in the UK, and they travel to the US three or four times a year. I’ve been using them for a few years now and couldn’t recommend them more (so long as you like that traditional, English drape cut). You can find their tour schedule on their website.