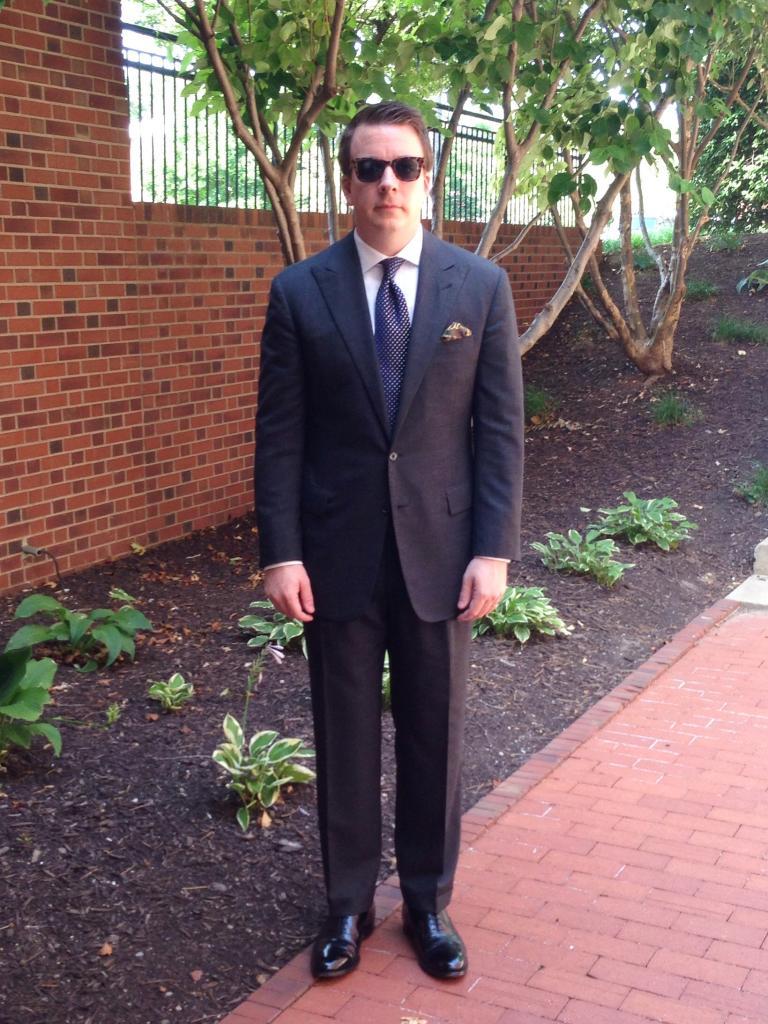 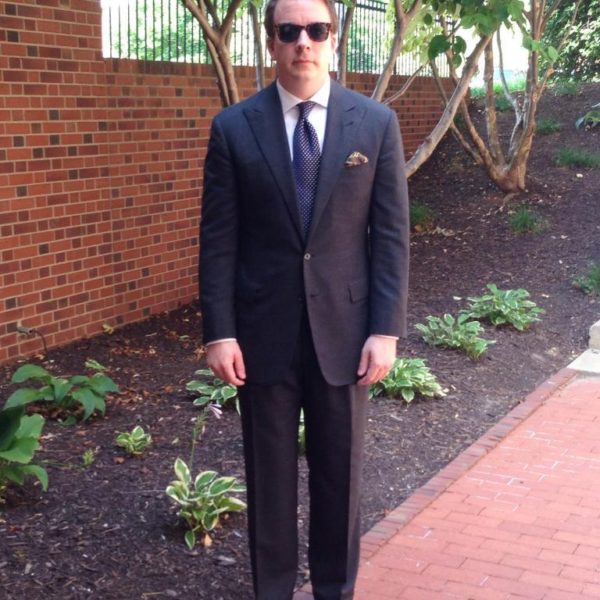 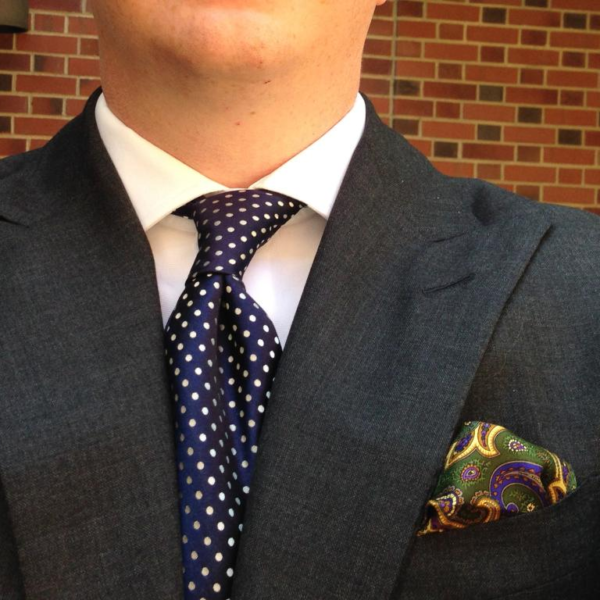 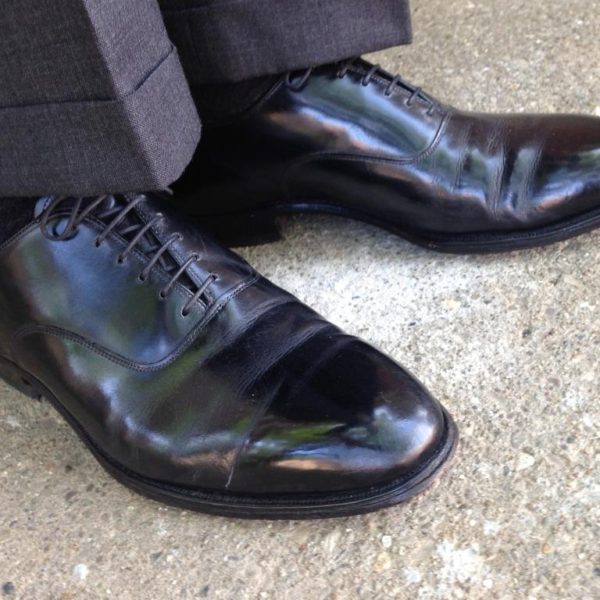 Having peak lapels on a single-breasted jacket can be tricky. Without the longer lapel line of a double-breasted coat, a peak lapel can look unusually truncated – more like the stubby wings of a rotisserie chicken rather than the sweeping fins of a shark.

Jeff in Louisville, however, shows how to do it well. The key is to get a jacket with a traditional buttoning point, where the center of a three-button coat, or top button on a two-button coat, sits at your waist. This gives the lapel its optimum length without making the bottom of your jacket look unnaturally short. A slightly wider lapel than what’s popular these days will also allow those peaks to express themselves. Jeff’s suit executes all this perfectly.

Incidentally, almost everything Jeff is wearing above was thrifted:

The thing about thrifting is that you often have to embrace the vintage look. It kind of comes with the territory. Jeff, however, somehow manages to always find pieces that fit perfectly (I assume after some alterations), and are styled in a classic and timeless way. Not only would you never know that his clothes were bought secondhand, but much of what he wears looks better than what’s sold as new in-stores today. You can check out more inspirational stuff from him at his blog The Thrifty Gent.