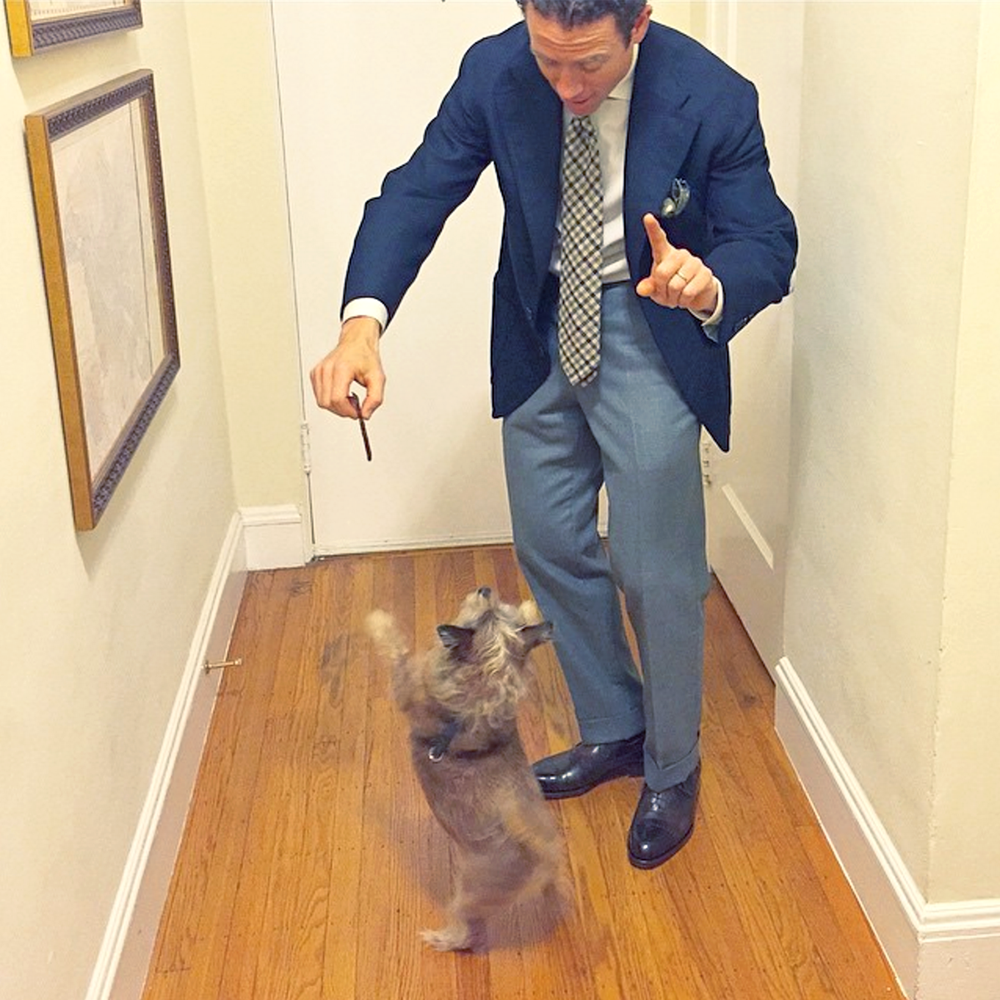 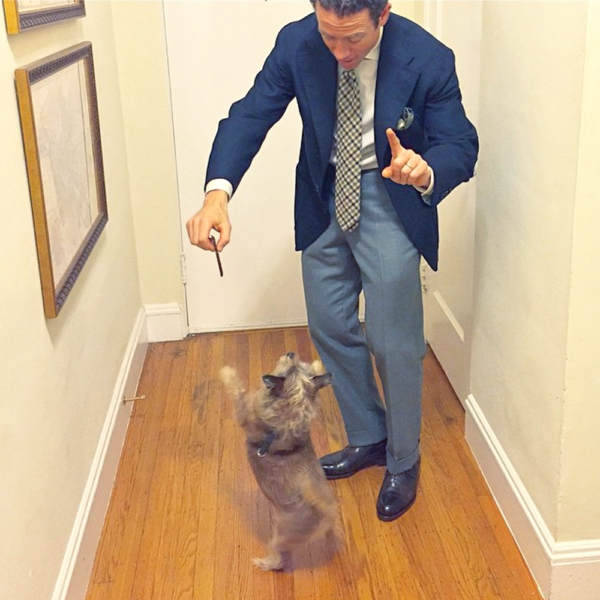 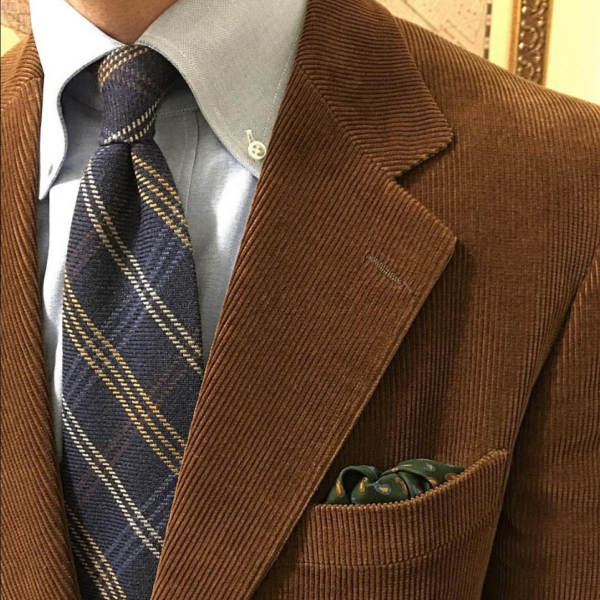 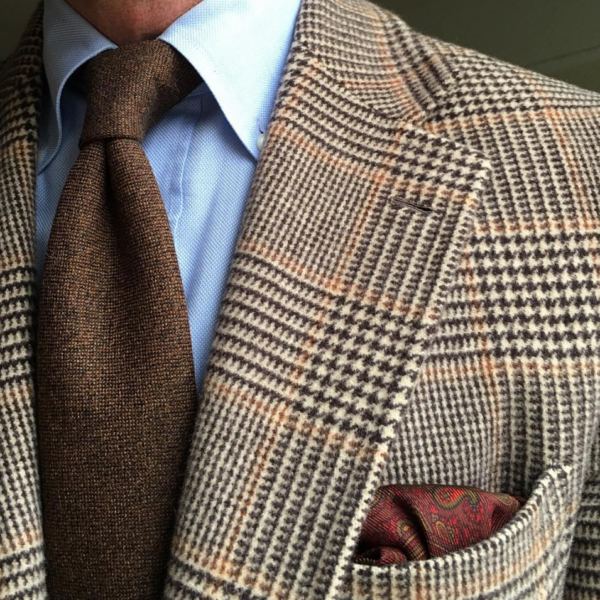 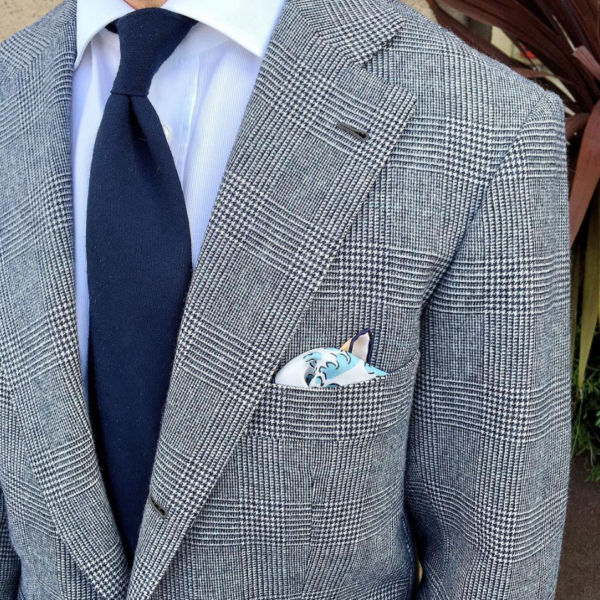 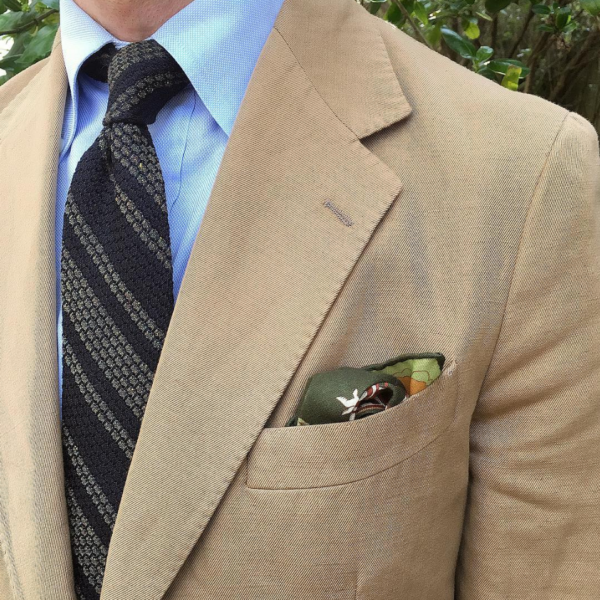 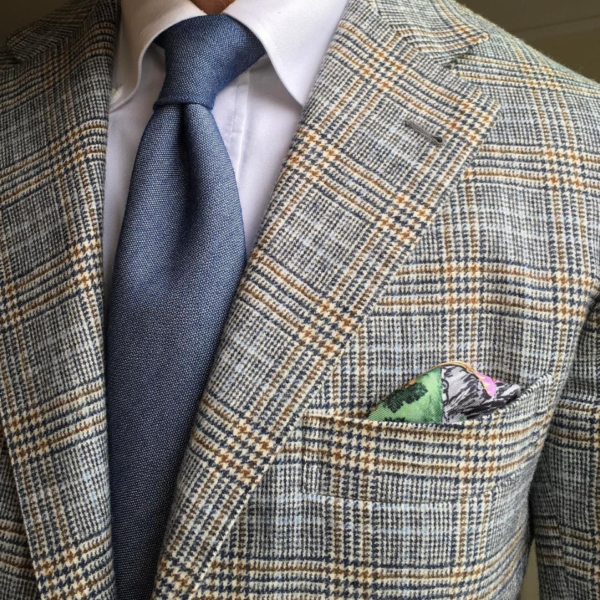 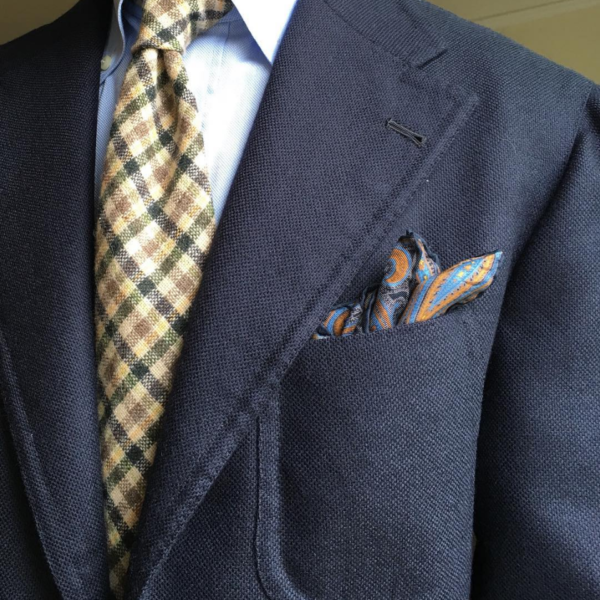 One of the simplest ways to make an outfit more interesting is to add patterns. Especially in tailored clothing, where the jacket + tie formula is somewhat set (and novelty items can breach the line of good taste). Plus, patterns generally stand out less than bold colors, which makes them easier to wear.

The rule of thumb for wearing patterns is simple: vary them by scale, and if you can, style as well. So, a mid-scale checked tie shouldn’t be set against a mid-scale checked shirt. Otherwise, you risk creating a moiré effect. Instead, pair the same tie with a thinner, pencil stripe shirt in order to make each look differentiated.

Of course, coordinating patterns becomes increasingly difficult as you add more and more on. Which is why the easiest solution is to stick to two. See our friend Pete in San Francisco for good examples. Sometimes he wears a patterned jacket with a patterned square. Other times, the patterns are only in his accessories. Adding any thing more here risks having patterns clash; any fewer and the single pattern can look a little lonely.

The best thing about sticking to two patterns is that it can look a little less fastidious. Three- or four-pattern combinations often either fail miserably or they look too studied. Much like Goldilocks, two can be that sweet spot that’s just right.