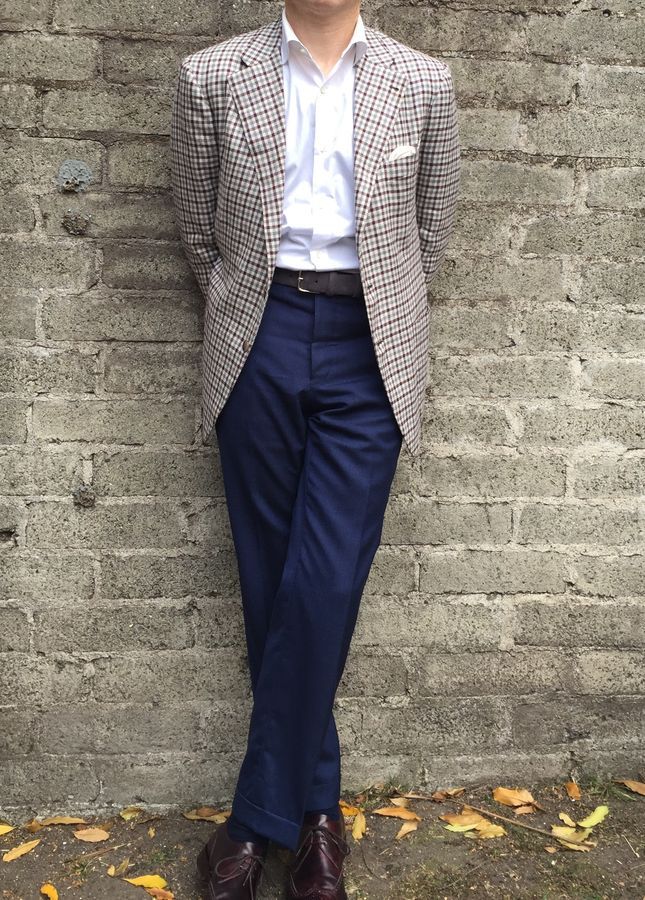 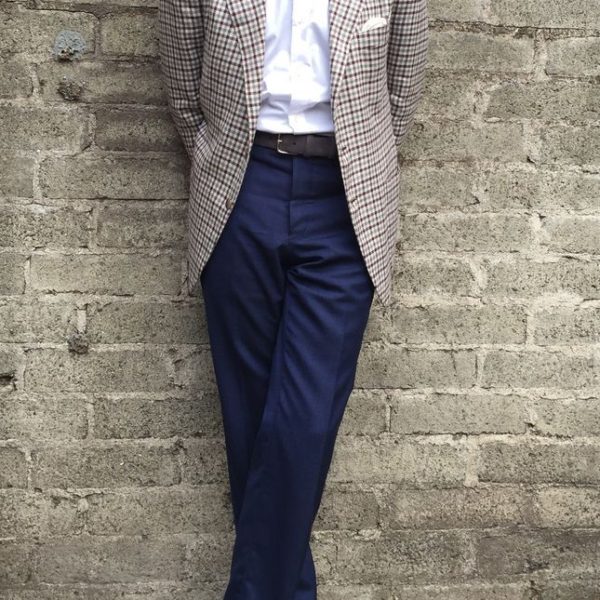 Navy is a linchpin in men’s wardrobes. It’s a staple color for suits and sport coats, great for knitwear, and an easy go-to for ties (if you’re ever at a loss for which tie to wear, you’ll rarely go wrong with a navy grenadine). Socks are also better in navy than black, and it would be hard to get by without a solid pair of blue jeans.

The only exception is navy trousers – the kind you might wear with a tailored jacket. There are a few reasons for this. Aside from them just not being traditionally done, they often don’t lend enough contrast (since sport coats are usually dark colored). Plus, in the wrong material, it’s all too easy for navy pants to look like misplaced suit trousers – something you grabbed from your closet, but then forgot the matching jacket.

On the other hand, when worn well, navy pants can give tailored clothing a more updated look. Something a little less fusty than your usual navy jacket with grey pants combo, or brown tweed with khaki chinos. Those are always reliable, but sometimes it’s nice to have something that feels a bit more modern.

Kevin in Berkeley shows how to do this well. In the photo above, he’s wearing a pair of navy Rota trousers with a white shirt, checked Formosa sport coat, and gray suede belt. Kevin says he finds navy trousers easier to wear when they’re not a true navy. “It might not look like it in the photo, but the trousers are actually woven from darker and lighter shades of blue yarn, so the effect is something that’s brighter than actual navy,” he says. “The fabric also isn’t overly smooth – they have a slight basket-weave to them – so they look less like suit pants.”

The jacket here works especially well since it has darker- and lighter-colored elements, both anchoring it to the outfit while lending some contrast. Alternatively, you could also choose jackets with a contrast weave (Kevin suggests something like a strong herringbone). That way, you still get those darker- and lighter-colored elements, which can help tie everything together.