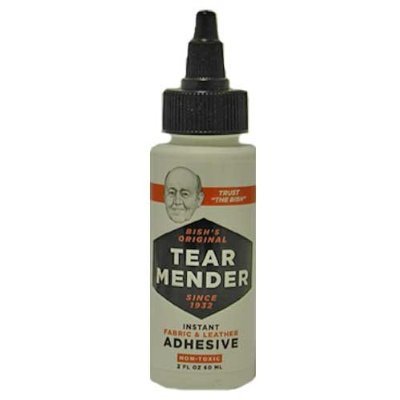 “Crotchless in Chicago” writes:  After watching your excellent episode on denim, I decided to try out your recommendations on wearing raw denim jeans.  Six months later, I am having the same problem I have had with many jeans in the past and would like your recommendations on my situation.  The current pair of jeans are Levis 527s which I purchased in early December and have been wearing almost every day since.  They have been hand washed in Woolite Dark exactly three times.  The problem is that two or three months ago I started noticing significant wear in the crotch just behind the seam.  I noticed this morning that this wear has progressed into actual holes.  Just about every pair of jeans I have owned have ended this way.  Is there some way I could prevent this or mend a pair after they begin to show wear?

First of all: let it be said that we do not endorse relaxed boot-cut denim.

OK: that aside, on to the issue of crotch blowout.

By far the biggest problem with rarely-washed raw denim jeans is crotch blowout.  It doesn’t happen to everyone, but for some of us – presumably those of us with meatier thighs or sweatier balls – it is a consistent problem.  The crotch is both the most friction-prone and swampiest area of the jeans, and the combination (dirt and moisture weakening the fabric, friction breaking fibers) can lead to a threadbare patch or even holes.

Patching jeans is easy enough.  Better to catch the problem early, but your tailor can repair the damage largely invisibly for ten dollars or so.  Many denim aficionados appreciate the “hand-made” look of a home patching – you can buy the patch at any fabric store for a couple dollars.  You can also send them to a denim specialist like Denim Therapy in New York, who charge $7/inch of damage, and ship nationwide.  If you want a perfect repair, call your local denim specialist retailer and see who they recommend.

Another option that I’ve used successfully in the past is using a fabric repair glue like Tear Mender.  This stuff is like a weird rubber cement specifically for fabric.  It dries clear and flexible, and does a great job of arresting fraying.  I put some on the seam in my crotch when it looks like it might start to go, and on the inside of my knees when they get dangerously thin, and it’s held quite well.  Be careful not to use too much – if it’s globby, it will attract dirt.