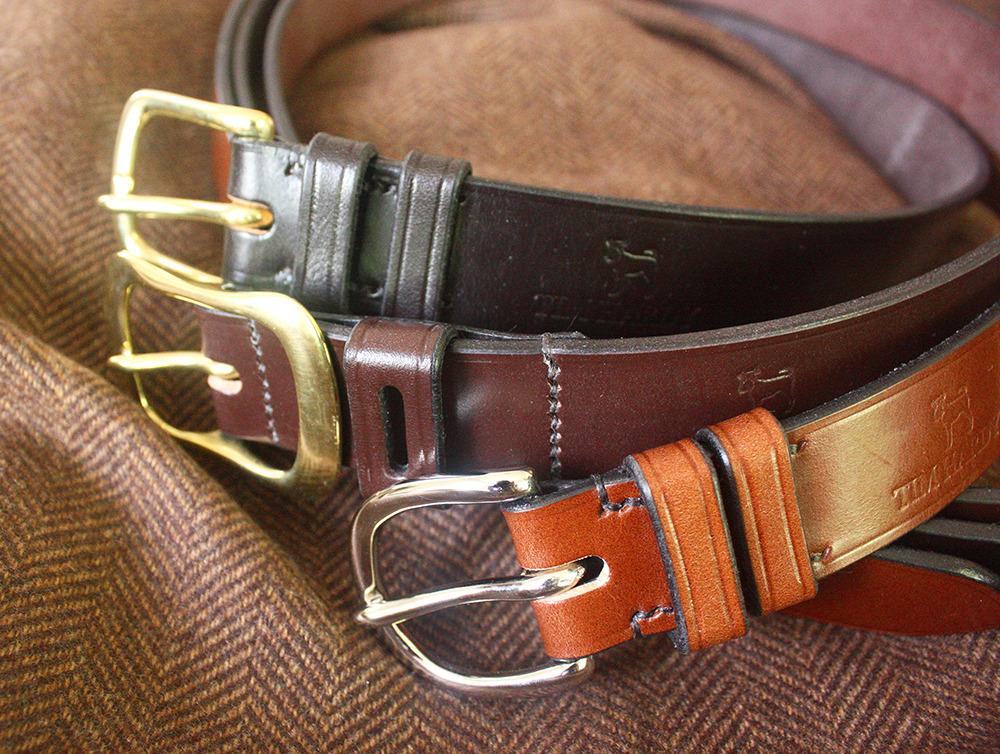 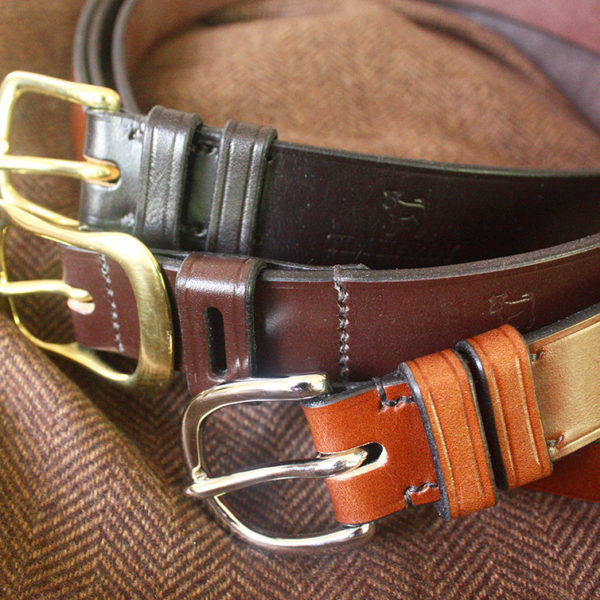 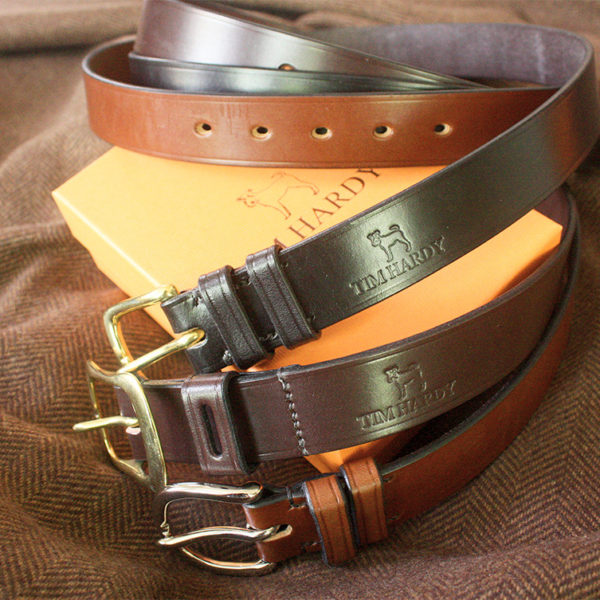 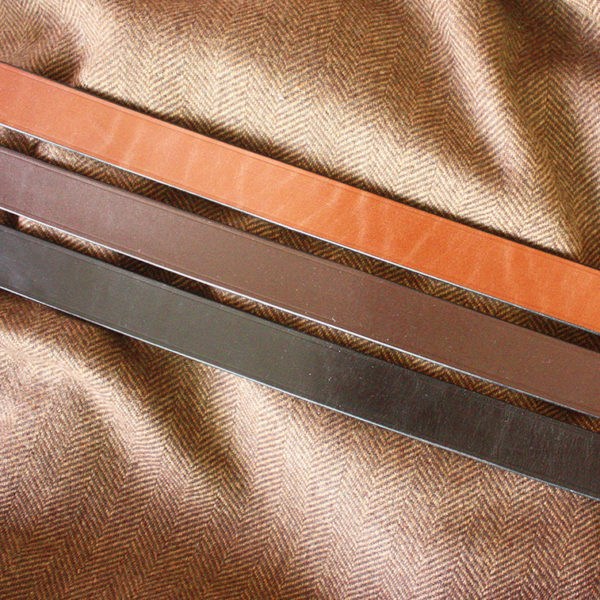 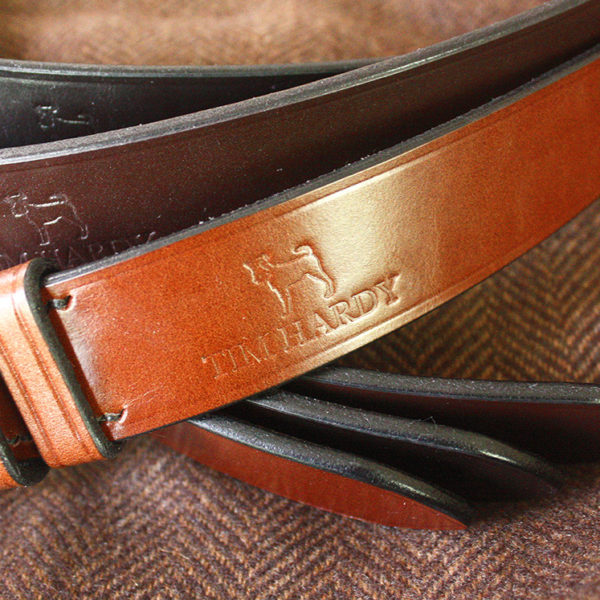 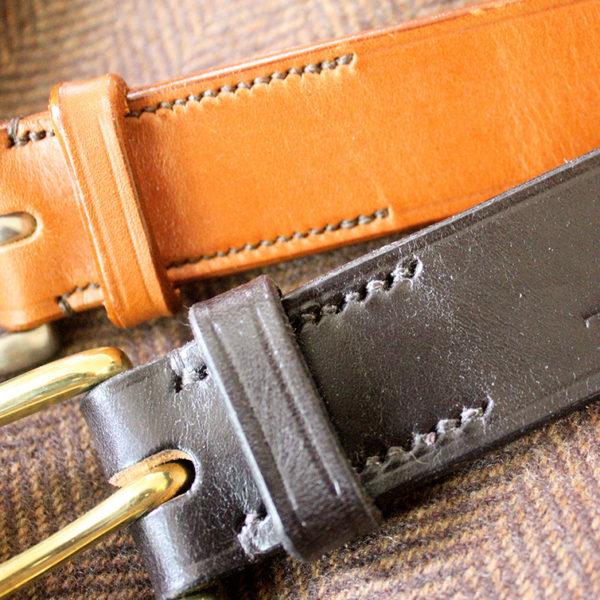 If you’re looking for a good, casual belt that’ll last nearly forever, you could do worse than by going with bridle leather. Bridle is a sturdy, smooth leather that’s traditionally used for making bridle reins (ones used for horse riding). Without the cardboard lining and thin leather you see in cheaper designs, bridle belts typically last a few decades – rather than just a few years.

Recently, Tim Hardy over at The Worcestershire Leather Company loaned us a few of his bridle leather belts to check out. He’s been making leather goods since the ‘80s and has had some impressive appointments. He’s made belts, travel goods, other accessories for top-end companies such as Gieves & Hawkes, Dege & Skinner, and Nepenthes, as well as produced special one-off bags for Ralph Lauren and military-style packs for Calvin Klein. He’s even made a Polo bag for Prince William’s birthday and some weekend luggage for the Duke of Westminster.

Tim’s belts are simple, but they’re well made and have some nice details. Everything is made-to-order according to a customer’s specs and Tim’s pretty proud of his English heritage – the belts are not only produced in the UK, but so are the leathers (from J&E Sedgwick) and fittings (from Stanley Brothers/ Abbey Saddlery). The edges are nicely burnished and the belts themselves – as well as the keepers – are handsomely scored, which keep them from looking too plain.

That level of detail makes these nicer than Narragansett’s belts, an American maker that’s one of the more affordable in this category (just $35 per belt, and made-to-order like Worcestershire). The belts fall just short of Equus, however. As you can see in the last photo – where the black Worcestershire is set against my tan Equus – the stitching isn’t as fine. On the lighter brown Conker belt, you can also see growth marks (the hazy white marks crosscutting the leather). Tim tells me these are more likely to occur on lighter colors, although I haven’t seen them on my belts from Equus.

That said, Worcestershire’s belts are a touch cheaper and Tim is very responsive to customers’ requests. If you were to bring the issue up over email before ordering, he could probably find a hide without such marks. Belts can also be made without the logo stamped at the end (although that’s covered up when worn). Worcestershire is a worthwhile company to keep in mind, especially if you like the robust build and refined look of English leather goods.

Along with belts, readers may be interested in checking out Worcestershire’s wallets, business bags, and canine accessories. They also have a sale section if you’re looking for a deal.