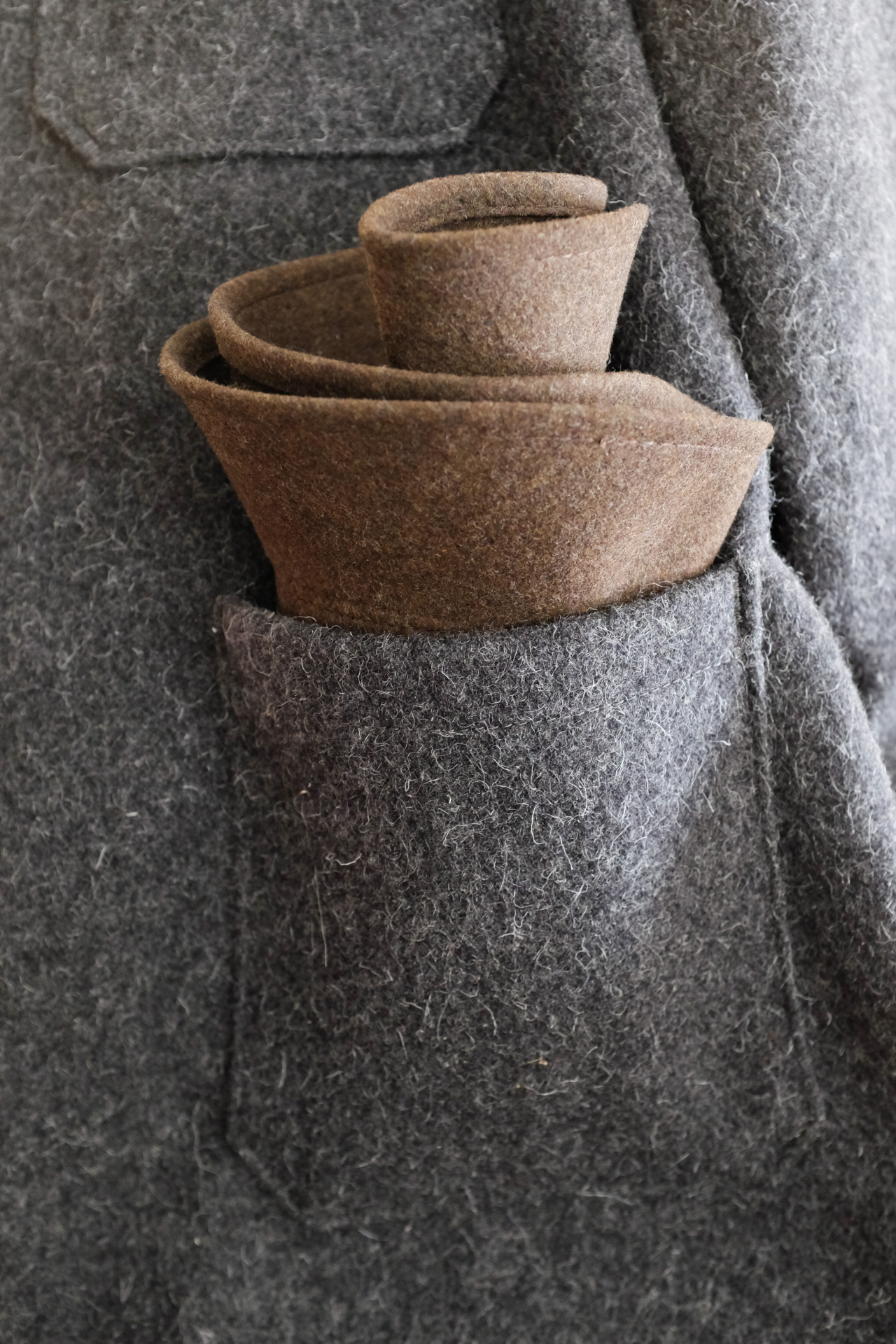 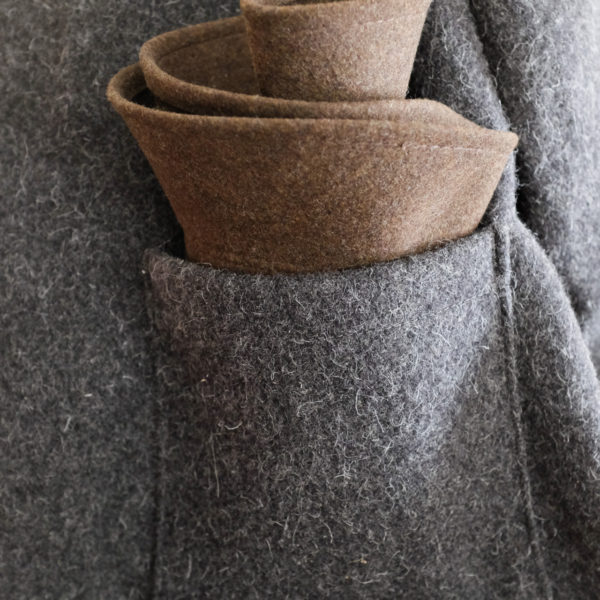 Brimmed hats–potentially awesome, but among the riskier accessories out there (it’s been reasonably argued that dickbags and megadorks have tainted them for everyone else) (but who knows maybe YOU’RE a dickbag or megadork–they need hats, too. Maybe I am. I mean; probably not.)

It’s generally easier to wear a classic brimmed hat if it’s one that’s not too fussy (true, of course, of a lot of clothing), and you treat it that way. That’s one of the reasons I like a rollable felt hat–they’re designed to be flexible and resilient enough to roll up and stuff in a pocket or suitcase, and to be worn in nasty weather. They don’t need to be handled with kid-leather gloves and stored carefully in a hat box when you’re not attending a film noir marathon. And, although it’s a stretch to compare a felt hat to a good pair of jeans, a well-made hat can even look better with age. I’ve had some cheap ones that were fine in the rain and recently picked up a finer version from Lock & Co. after seeing it endorsed a couple of times.

Another option I’ve been meaning to try is from Stoffa. Stoffa is an interesting, relatively new line designed by Agyesh Madan, previously of Isaia, and one of the first items they made was a rabbit or beaver felt, rollable hat. With no ribbon or band on the outside, and available in a pleasant range of earthy colors, they look sleek and modern in a way many brimmed hats don’t. Stoffa owners are enthusiastic. Fortunately, just as I was trying to figure out how to properly roll and stuff my new felt hat, Stoffa put up a straightforward, 1 minute video on how to do so.

If you scroll down to the “How to Unroll the Hat?” video there’s also a very short but worthwhile dance instructional segment.