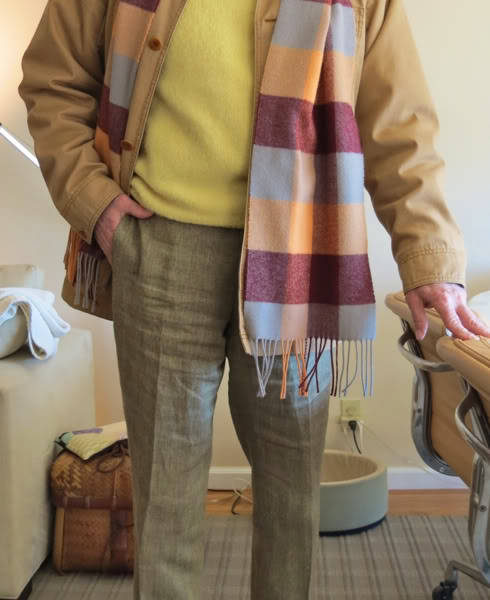 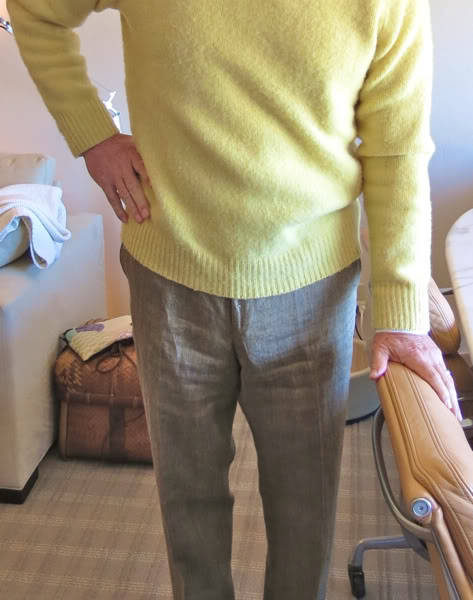 Ralph Lauren announced last week that they plan to discontinue Rugby after this season. I admit many of Rugby’s offerings were a bit overstylized for my taste, but one thing I’ll miss is their affordable brushed Shetland sweaters. The original brushed Shetlands were invented by Irving Press of J. Press fame. At the time, Mr. Press had a close relationship with the principal of Drumohr, one of the more renowned knitwear manufacturers in Scotland, and together, they devised a way to make J. Press’ Shetlands more distinctive by brushing them until they achieved the kind of slightly hairy look you see above. Charming, comfortable, and infinitely stylish, these are wonderful sweaters to wear on lazy days when you don’t want to iron a shirt and put on a necktie.

Rugby’s brushed Shetlands retail for about $100, which isn’t exactly “cheap.” They do, however, often go on sale. In fact, right now they’re $70, with an additional 20% off if you use the check out code INSIDERFALL (the sale ends today). They fit slim, though not enough to size up, and feature sueded leather elbow patches. I haven’t tried myself, but I imagine you can take those patches off with a seam ripper if they’re not to your liking.

Other brushed Shetlands on the market include, of course, J. Press’ original, which is made a bit nicer and denser than Rugby’s. It retails for considerably more at $195, but sometimes you can catch them off-season for about $108. They’re currently about $150 with the coupon code PSNOV12. For other sources still, there’s Edifice at Present London and Drake’s. If you’re willing to order from Japan, there are also sellers stocking Peter Blance and John Tulloch. You may need to use a Japanese proxy for those, however.

Still, as you can see, while all these are nice, none of them are as affordable as the ~$50 version from Rugby. I’ve always thought these were a nice way for people to score a charming sweater without breaking the bank. They will be missed.