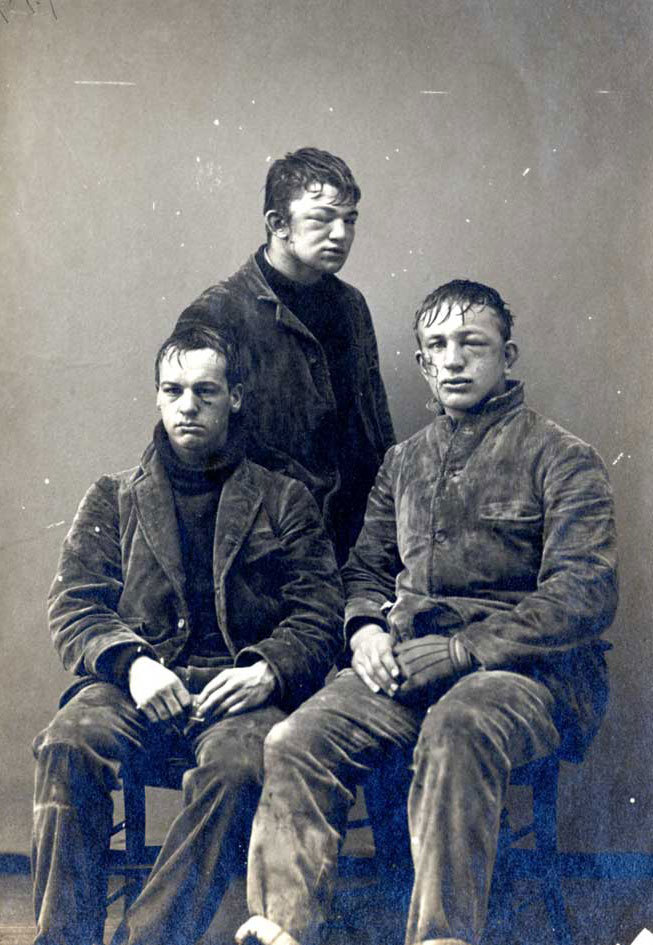 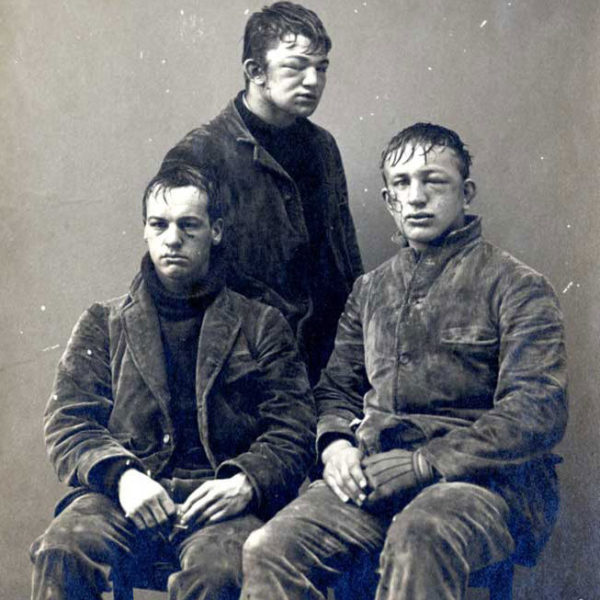 Tailored clothes, rollneck sweaters, and an Ivy league education didn’t seem to civilize this fight any. All three men pictured were sports stars at Princeton; one of them, John P. “Johnny” Poe (center, I think), never graduated, but continued looking for fights–he enlisted in the U.S. Army twice, the National Guard, the Marine Corps, the Nicaraguan army (with whom he first saw action), and then the British army at the outset of World War I, eventually fighting (and dying) in France as a member of the famous Black Watch.

(Aspire via The Paris Review Daily)