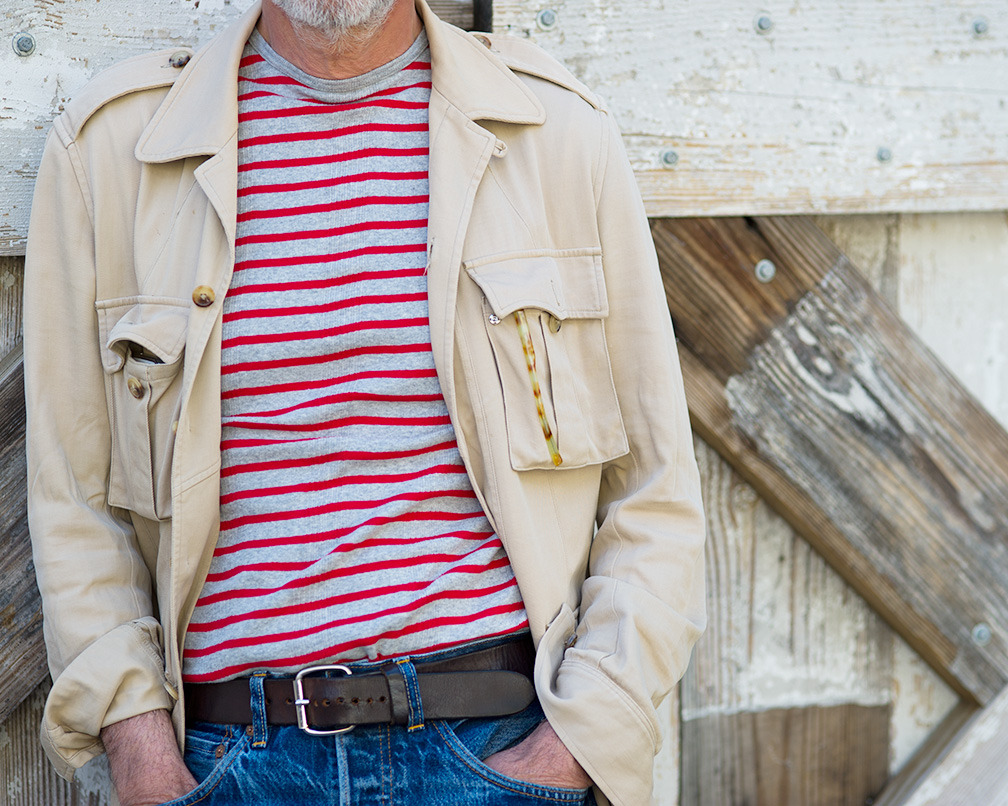 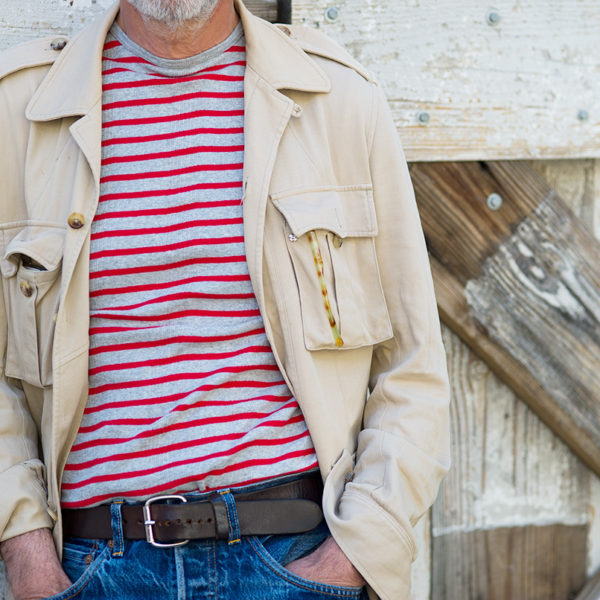 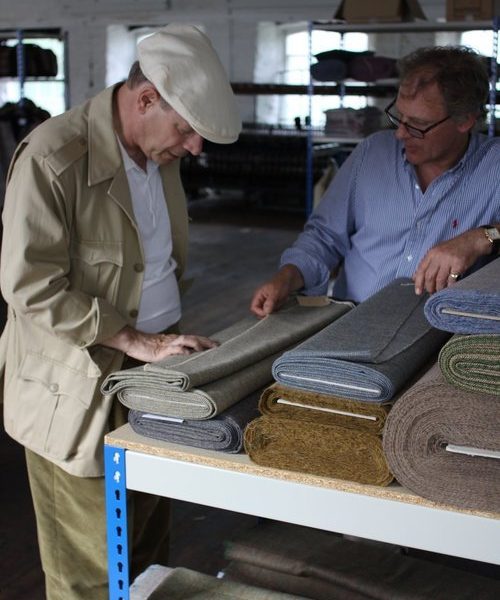 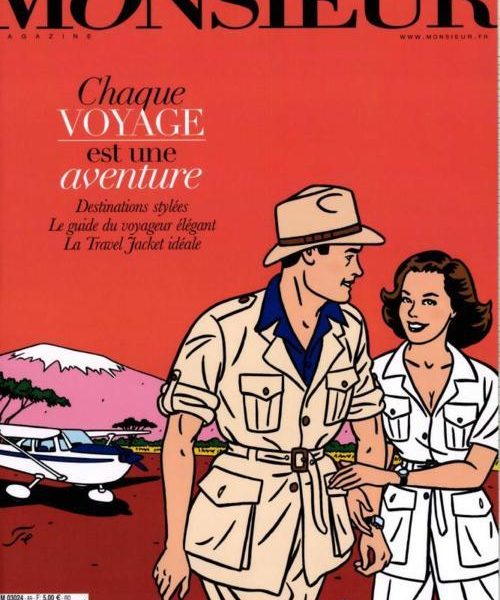 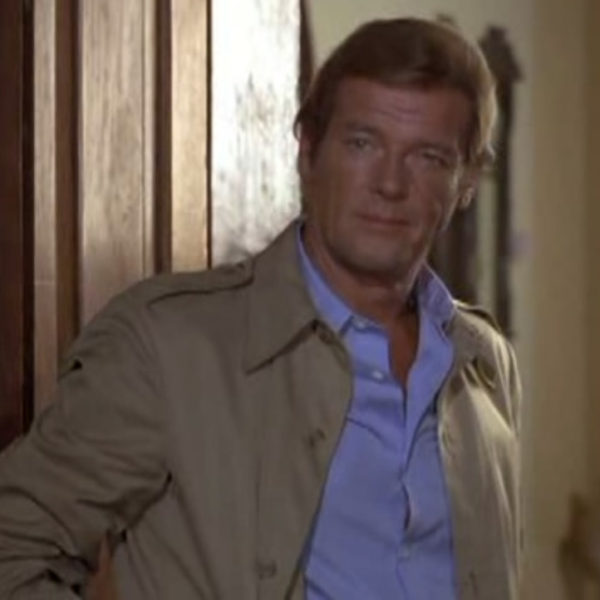 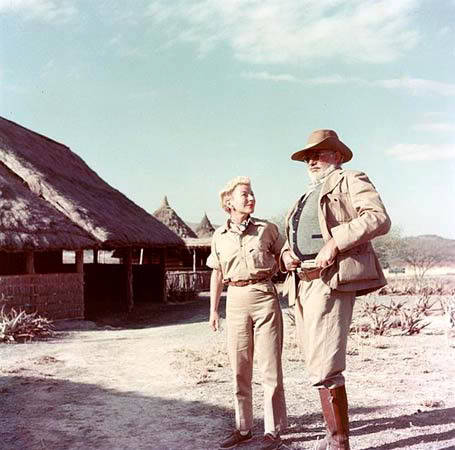 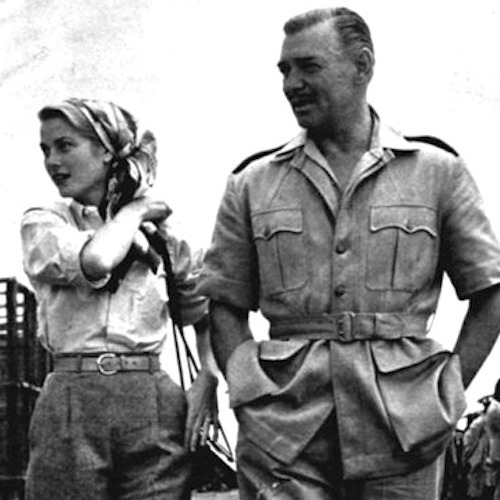 It’s not easy to dress well when temperatures climb past the mid-80s. Jesse has a pretty good summer uniform here, which involves a linen shirt, shorts, and simple, low-top sneakers. For outerwear that won’t leave you sweaty, consider safari jackets.

You don’t see safari jackets around much anymore, although for a short time, they were considered glamorous during the mid-20th century. This was when they were associated with men such as Ernest Hemmingway, Clark Gable, and James Bond. Yves Saint Laurent also famously featured them in his 1968 Saharienne collection, which gave them a slightly more chic, fashion-forward vibe. The style disappeared for a while after that, only to be resuscitated again in the late-70s by Banana Republic – back when they were a high-end, safari-themed outfitter, rather than the mall-brand they operate as today (see Scott Adam’s Abandoned Republic blog for inspiration).

The great thing about safari jackets is that they’re exceptionally easy to wear. Constructed from lightweight cottons, they’re usually fully unlined and unstructured – making them something more like a breathable shirt jacket than a full piece of outerwear. I usually wear mine with a thin t-shirt, a pair of jeans, and some unlined chukka boots. Hooman Majd above pairs his with a striped Breton and jeans, while Will from A Suitable Wardrobe wears his with a white polo and brushed cotton trousers (good for early to mid-fall).

You can sometimes find safari jackets at places such as Ralph Lauren, J. Peterman, and Orvis, but honestly – your best bet might be eBay. Vintage pieces from brands such as Abercrombie & Fitch and Banana Republic will come with a bit of provenance, although you can find near-new, contemporary models as well. Mine is from Holland & Holland, which I purchased for $30 (thanks to a tip from Jesse). For better hunting, do a search for both safari and bush jackets, as they’re sometimes listed under different terms.