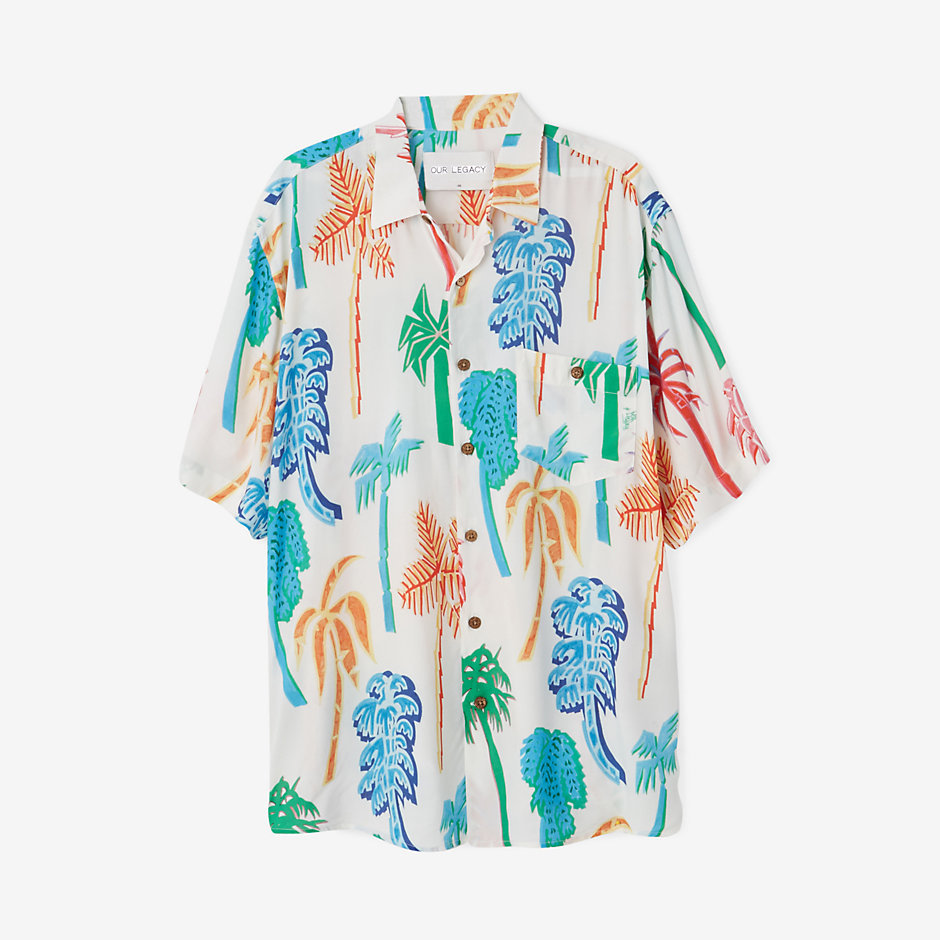 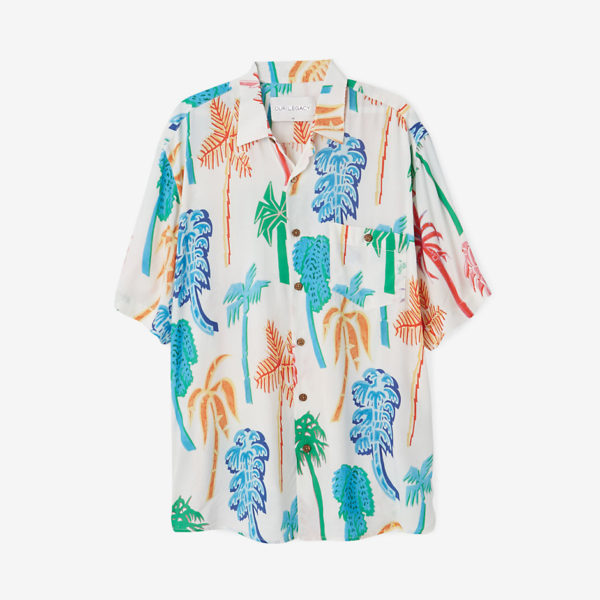 Like many moms before her, my mom recently moved to Florida–and last time I visited she’d picked me up a silk, palm leaf print shirt. I won’t name the brand but it rhymes with Mommy Bamomma. The shirt could serve many purposes: you could wallpaper a decent sized bathroom with it, you could rig it up in your yard as one of those cool sun shades. But you could only wear it if you like your short sleeve shirts long sleeved–it was huge.

In the middle of the 20th century, American culture embraced Polynesia. The seeds were sown before World War II, when tiki bars began to open in Hollywood, and Hawaiians started selling aloha shirts to American visitors. During the war, thousands of American service members were deployed in the Pacific, and brought home impressions and souvenirs of the cultures they encountered. One of those servicemen, James Michener, won a Pulitzer for Tales of the South Pacific, on which the hugely successful musical was based.

In 1959, Hawaii became a state, further cementing the place of Polynesian culture in America.

It should be mentioned that cultural sensitivity and authenticity were not hallmarks of this incorporation of Pacific island culture. Tiki bars served pineappled-up Chinese food and drinks with sometimes unfortunate names. And Americans didn’t bother differentiating too much among Hawaiian, Tahitian, Samoan, or Maori cultures. They took from it what appealed to them , minus most of the reality

The original tiki bar, Don the Beachcomber in Los Angeles.

After the horrors of war and in the context of the social repression of the time, idealized island life represented the freedoms average Americans dreamt of: warm evenings in a floral shirt, with a fruity drink at a bamboo bar far from the concrete and steel of office or factory work, serenaded by ocean waves. As Self Edge’s Kiya Babzani put it, wearing the clothes and serving some tiki drinks was “A mini vacation people were having in their homes.” Even as air travel enabled more people to visit the islands, most Americans were indulging in suburban fantasy.

As surfing spread from Hawaii, so too did the sport’s influence on clothing and culture. A lot of this influence was beach blanket corny, but it brought board shorts and other modern vacation wear staples into the American fashion lexicon. Board shorts today, of course, are about a foot longer and worn much lower than they were in the 1960s. Other key surfwear items included Pendleton shirts, white jeans, and huarache sandals. Along with surf-influenced music from bands like Dick Dale and the Beach Boys, the wave of surf culture broke all the way across America. Not everyone could be a surfer but anyone could look the part.