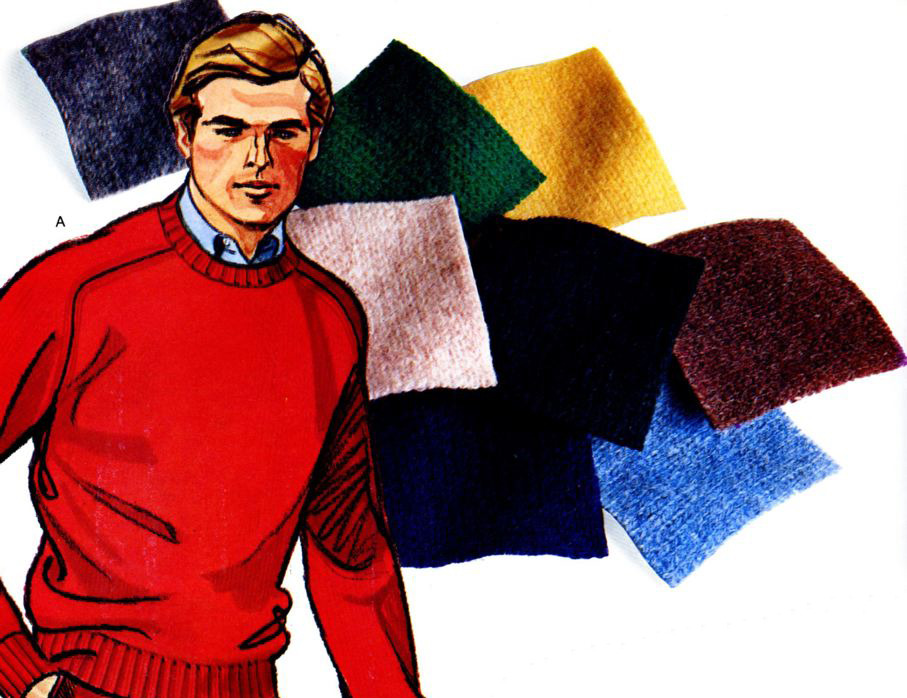 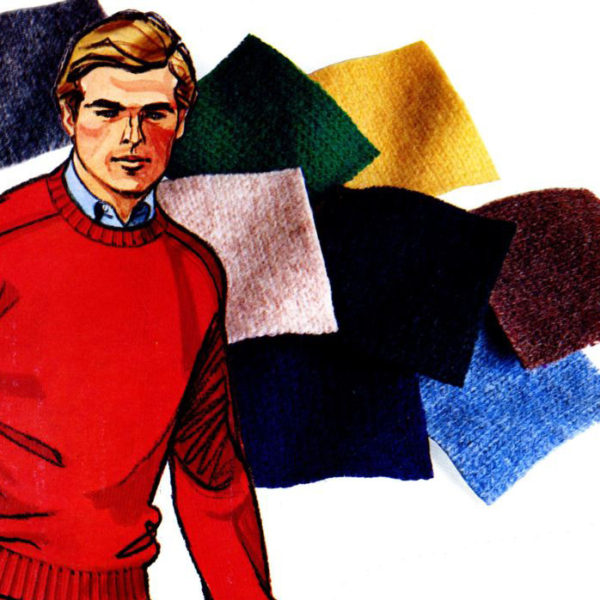 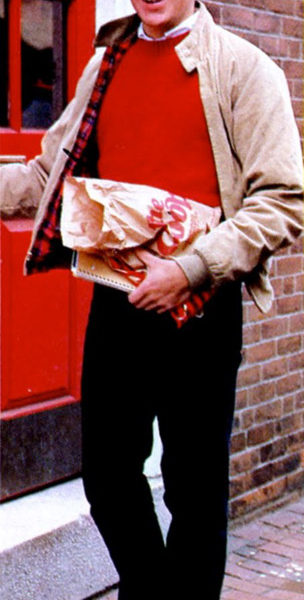 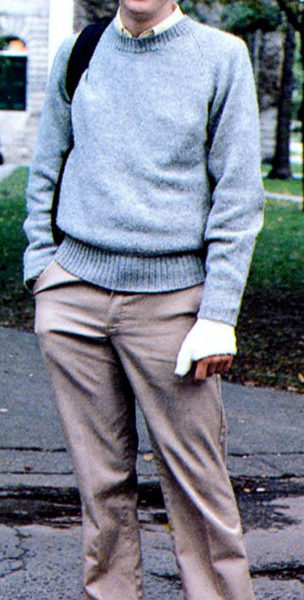 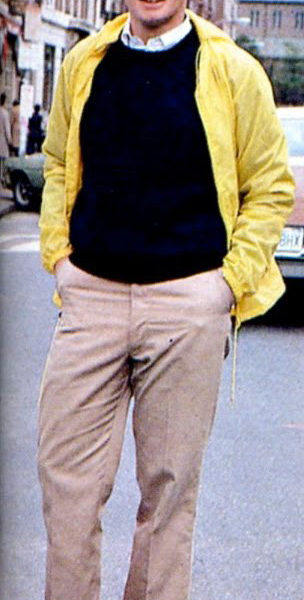 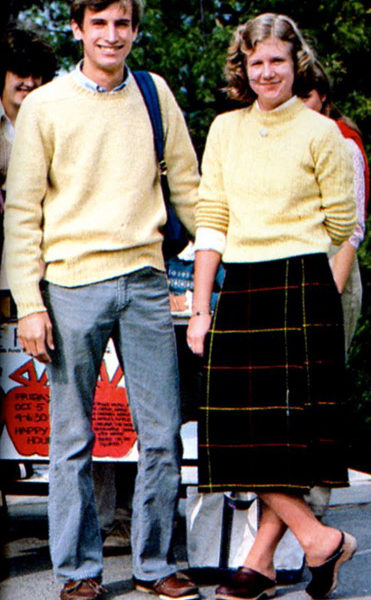 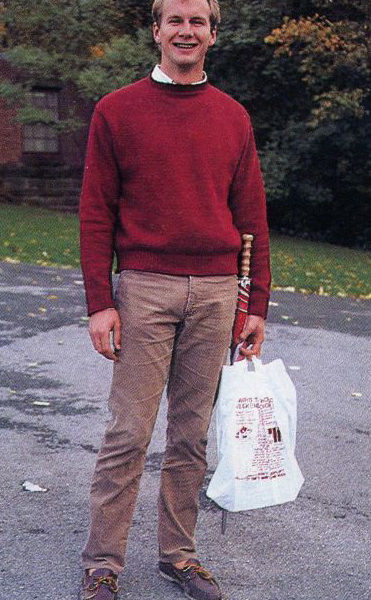 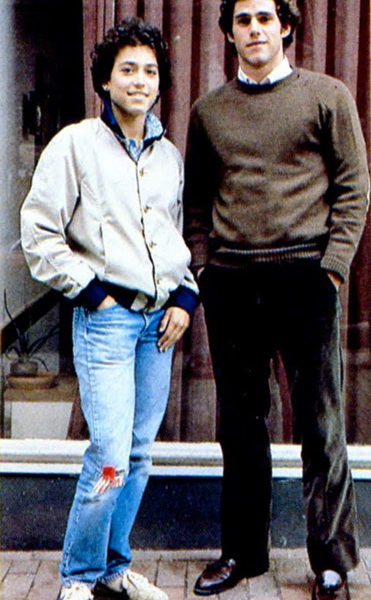 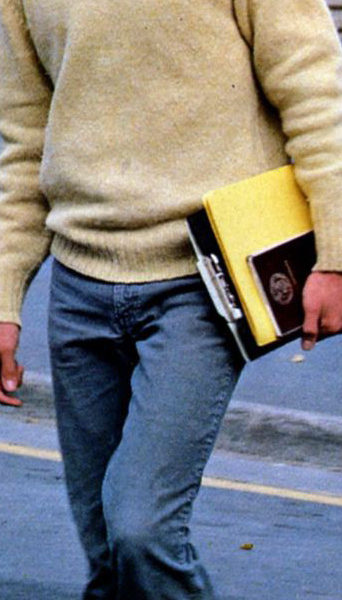 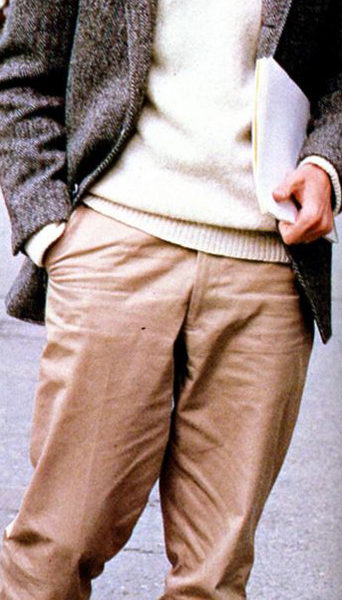 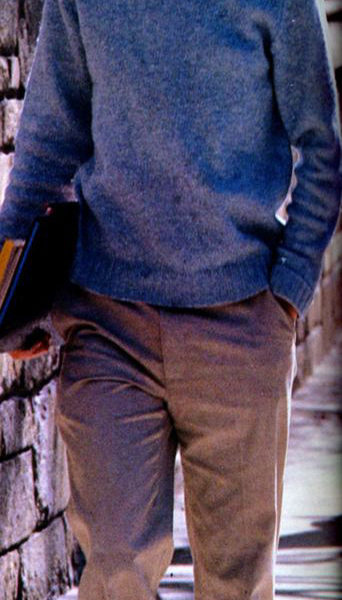 There was some confusion after my post yesterday on Shaggy Dogs, where some readers were unsure what’s the difference between Shaggys and what’s commonly referred to as “Shetland sweaters.” Simply: Shaggy Dogs are just one of the many types of Shetlands that exist, and not all Shetlands are shaggy.

Shetlands get their name from the Shetland Islands, which are located halfway to Norway off the north coast of Scotland. Due to the region’s harsh conditions, the sheep there produce a sturdy, lightweight, long staple wool fiber, which is typically plucked instead of shorn. This wool is made into a very sturdy fabric, which is then turned into garments. Woven Shetlands are relatively rare, and when you see them, they’re usually in sport coats. Much more common are knitted fabrics, which are used for sweaters.

Shetland sweaters were originally made by peasant women on the islands, and came with a strong, smoked herring smell because of the way the wool would absorb domestic odors. It’s said that on damp days, the smell would become unbearable. These early sweaters were often knitted with distinctive patterns that were developed on the island over a period of centuries, but over time, they mainly came in one of four forms: plain, cabled, Fair Isle, or brushed (J. Press invented the hairy, brushed version, and they called it their “Shaggy Dog”). Thus, the term “Shetland sweater” – while formally referring to a very specific knit – now simply just means any sweater that’s made from that hardy, slightly itchy Shetland wool (brushed or not).

Where To Get A Good, Plain-Knit Shetland

Shaggys are certainly distinctive, but almost anyone with a classic sense of dress can wear a plain-knit Shetland. I particularly like mine with chinos or corduroys, and layer them over thick oxford-cloth button-down shirts. They’re more casual than your typical merino or cashmere sweater (the kind you find in almost any store), but dressy enough to wear underneath a sport coat. Plus, I think guys just look awesome in them. Evidence is above.

If you’re looking for a plain version, let me recommend who I think sells the best: O’Connell’s. They’re expensive at $165 (and never go on sale), but they’re the Goldilocks of Shetlands. Not as thick as Bill’s Khakis, and not as thin as Brooks Brothers’, they’re just right. The Andover Shop also has something similar, but I favor O’Connell’s saddle shoulder design. If you get one, I recommend sizing up from your sport coat size. They should also be restocking on sizes in a couple of weeks, and getting in a few new colors.

Other good, traditional Shetlands can be found at Cable Car Clothiers and Ben Silver, while slimmer interpretations can be had through Howlin’ of Morrison, Albam, and Norse Projects. There’s also Harley of Scotland (available through Bahles and Neighbour), Peter Blance, and Fisherman Out of Ireland, but I have no firsthand experience with those. Made-to-measure versions can be bought through Spirit of Shetland. If you go custom just remember: it’s better to err on the size of full than small, as you can slim a sweater down, but you can’t add material where there isn’t any.