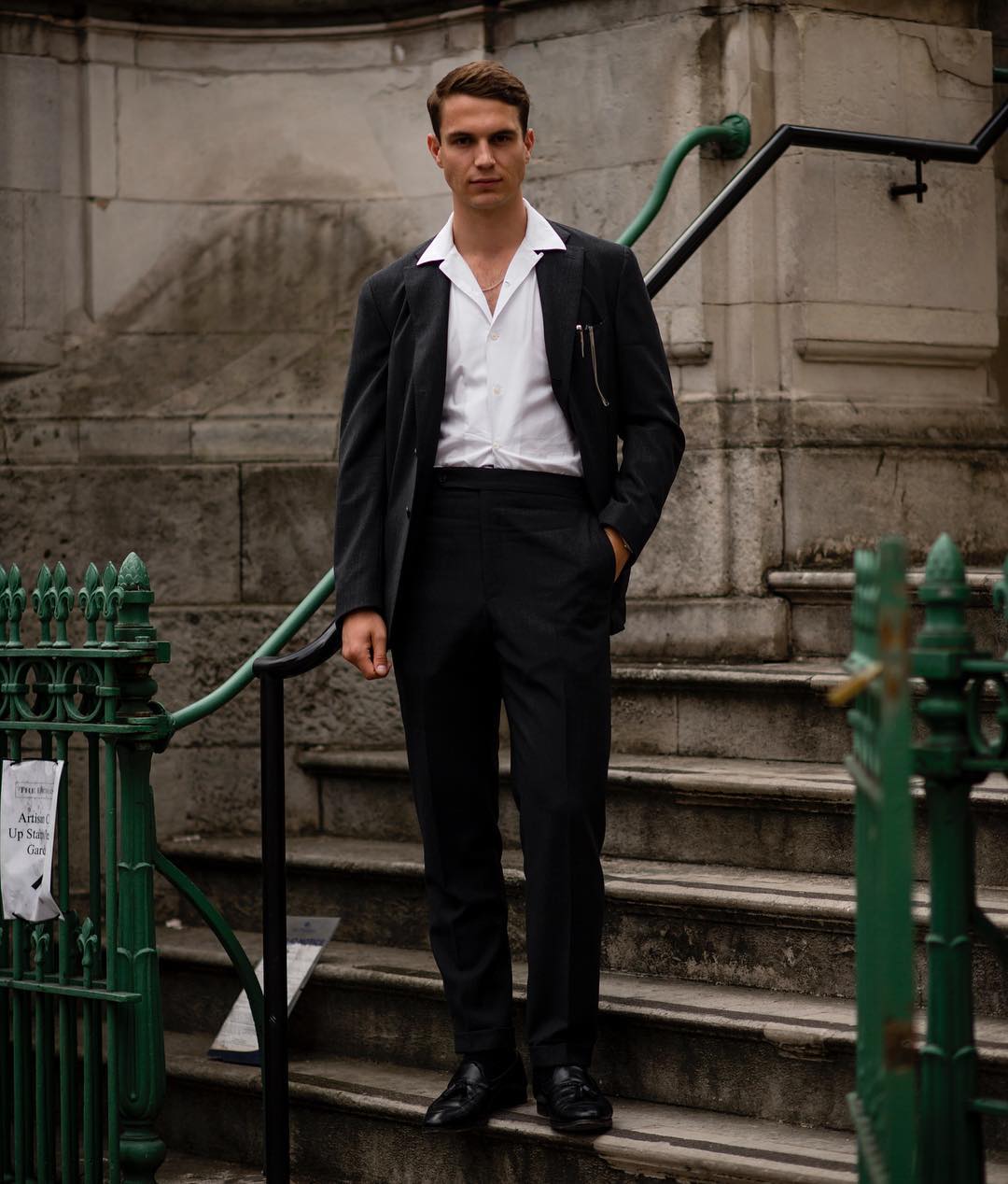 I like my shirt collars like I like my dogs: domesticated. Tamed. Often buttoned-down (not talking about dogs anymore). When I wear a jacket with lapels, especially without a tie, I like a spread or button-down collar, for the express reason of keeping those collar points tucked nicely within the friendly confines of the lapels. Create a nice v shape; frame the face, etc.

But. I also have enjoyed the loud shirt party we’ve been enjoying the last few years. In the summer I’m more likely to be in a vacation shirt of some sort rather than a tshirt (and let’s face it, traditional oxfords can be pretty heavy for the summer). It’s less that collared vacation shirts are more dressed up, and more that a lightweight woven with an open collar is airier and less clingy than a cotton knit. Mostly I wear my aloha shirts, camp shirts, and guayabera style shirts with fatigue pants or jeans or shorts. And even then, I like shirts like Reyn Spooner’s, that often have a nice, chill, button-down collar.

Lately, though, I’ve seen a lot of bright, patterned, call-your-travel-agent shirts worn with tailored jackets, with collar points roaming free over the lapels. It may be reaching critical mass at the current Pitti Uomo, the twice-a-year menswear tradeshow/ parade of silliness held in Florence, Italy. The lead photo above was taken in London by Robert from Thousand Yard Style, and he’s captured a bunch more in Florence. The look is a staple of Hollywood costume design — usually shorthand for an overconfident lowlife. Think Tony Montana. 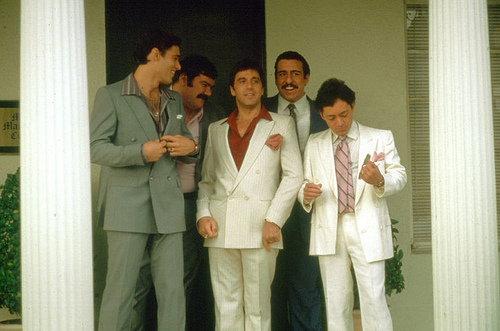 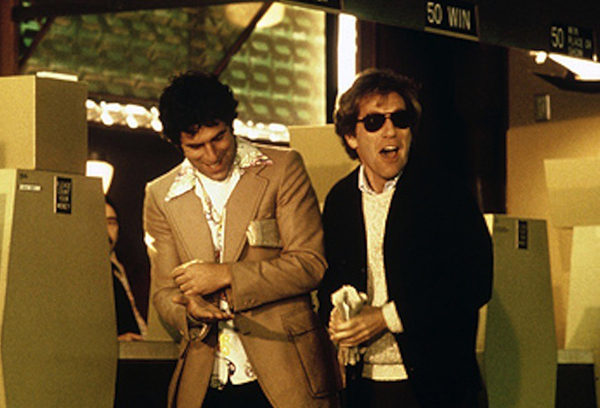 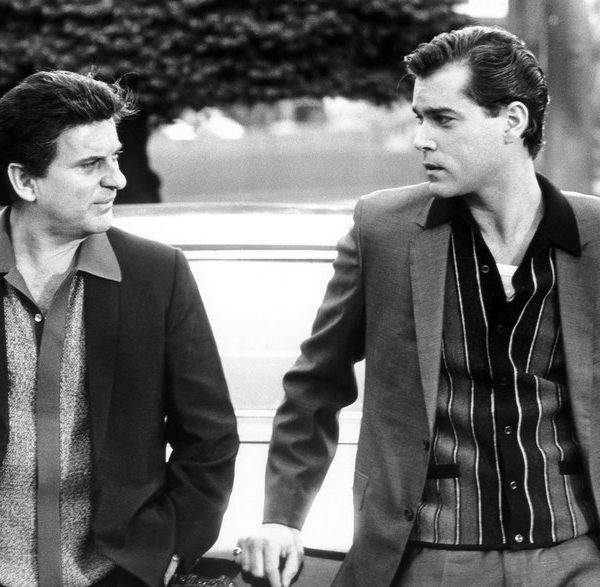 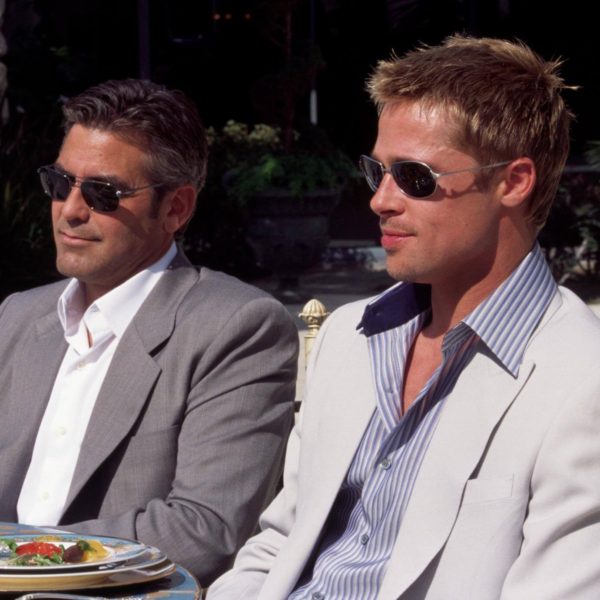 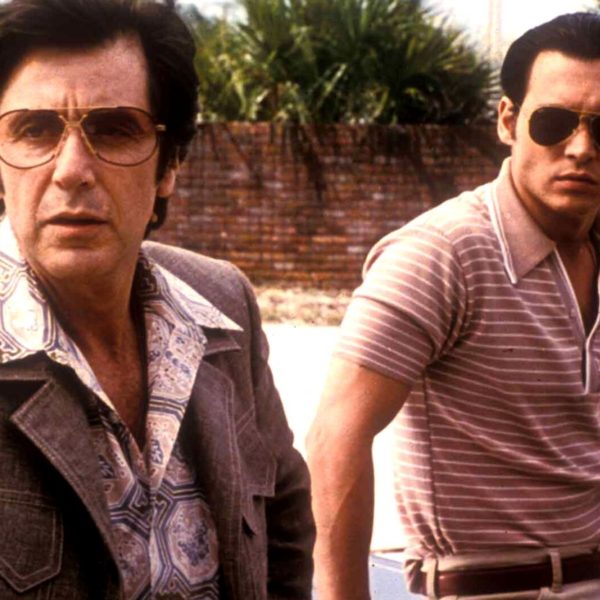 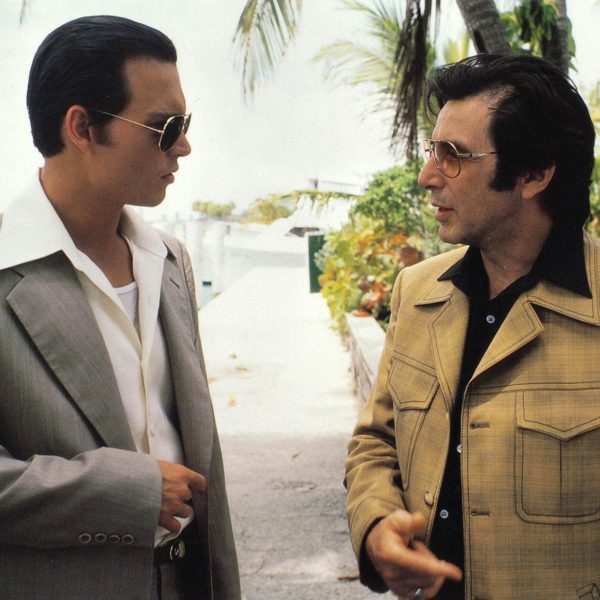 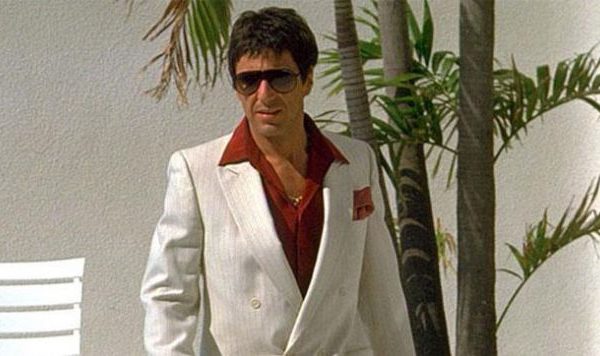 Why is this look, which has roots in the 1930s but was arguably murdered and then set on fire by the 1970s, blossoming again now? Maybe it floats between the competing currents in menswear right now — for one, a negative reaction to the ultra-tailored, but in some ways conservative, look embodied by Pitti attendees a few years ago. High contrast, colorful, highly accessorized, tight to the body. Men have moved on from that brand of dandiness — it’s not sprezzatura if it looks like you’re trying too hard. On the other hand, a youthful baroque movement has taken hold, unafraid of color or volume, driven in some cases by the unapologetically attention-grabbing designs of Alessandro Michele at Gucci. Not surprisingly, Italians seem to wear casual tailoring very well.

The shirts and jackets that work best for the collar-over-lapel look are blatantly casual.

Shirts with one piece collars, rather than traditional dress shirts, are more likely to fall elegantly over the lapel rather than try to stay upright and formal and end up somewhere in between. These include camp collar shirts and capri collar shirts. Likewise, shirts in 50s-style gabardine weaves, or in rayon or linen or even silk, will cooperate better than dressier cottons. These Portuguese Flannel capri shirts seem like a good fit; Camoshita as well. An Aloha shirt could also work; even the right polo. A good bad example is Brad Pitt in Ocean’s 11, which in retrospect looks like what it is–someone trying to approximate 60s/70s rat pack rakishness with 2001 clothing.

Jackets in the trad mold — trim, with stingy lapels — are going to work less well. Not Tommy Nutter exaggerated or leisure suit corny, but in that general diretion, works better. Many suit makers have been moving in the direction of a more generous lapel in the last few years. Not surprisingly, Camoshita seems a good fit (the brand is comfortable with restrained 1970s-checking palettes and shapes). Eidos, especially their cut for No Man Walks Alone, would also make sense. Berg and Berg’s new line moves in the broader direction at a reasonable price. Vintage is a possibility, but only if that’s your vibe.

Otherwise, it’s a casual look, so the rules are loose — shirts can be tucked or not, the collar can be intentionally popped then folded down (more 1970s), or just let loose to escape over time (more 1930s). So long as the collar points aren’t touching your shoulders, I think you’re OK. 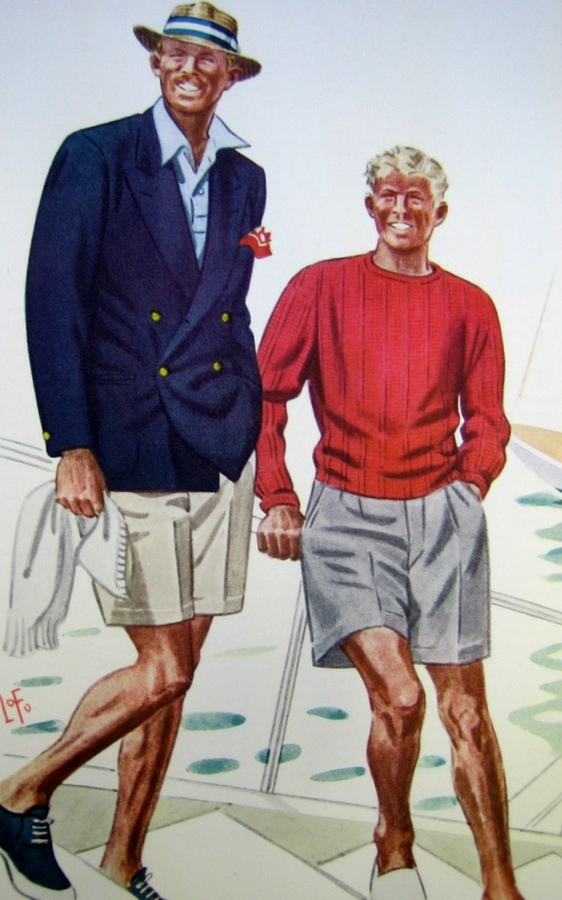 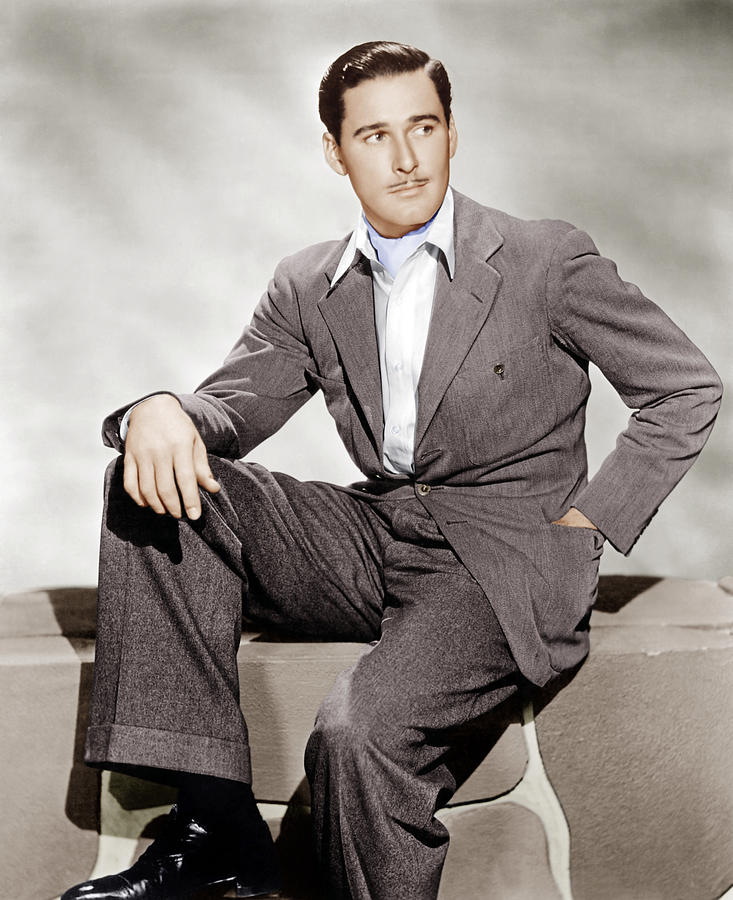 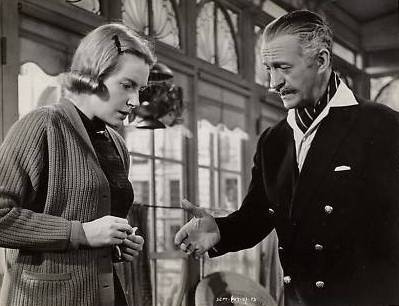 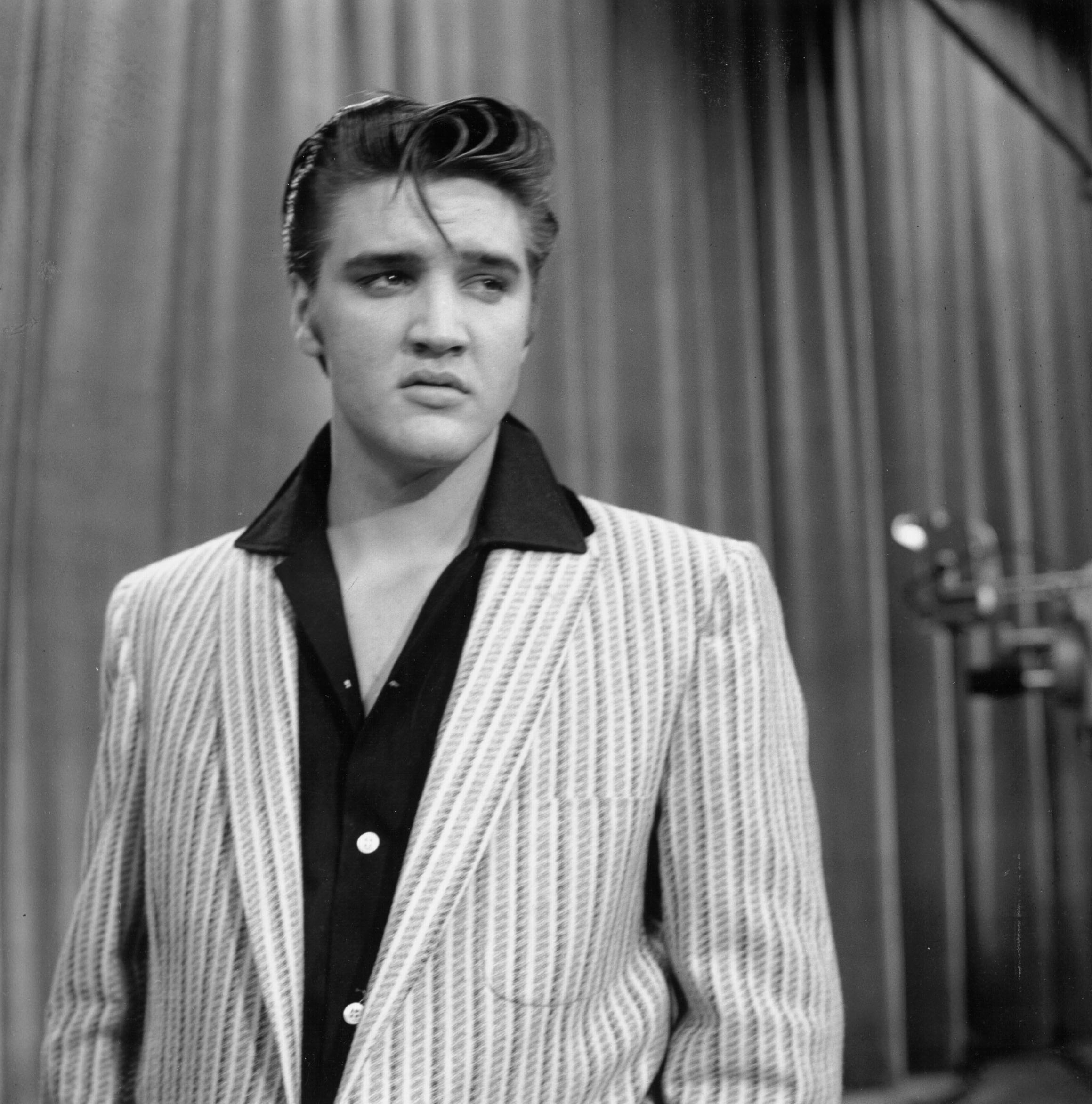 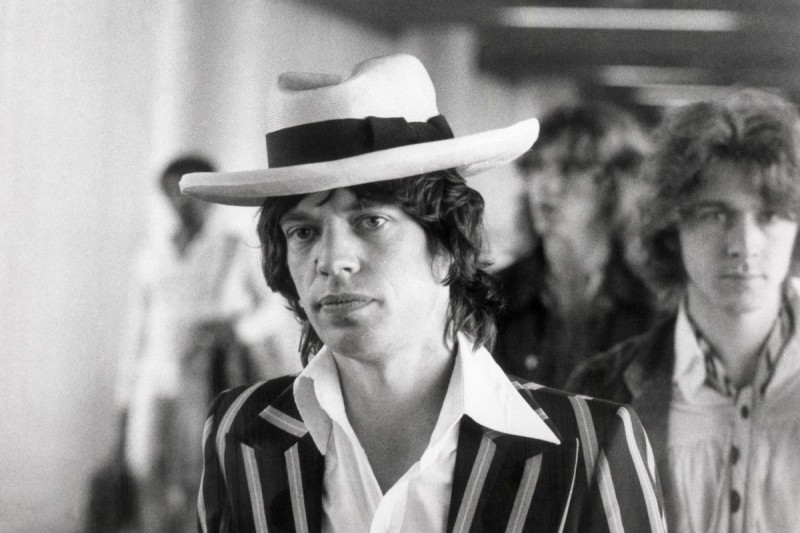 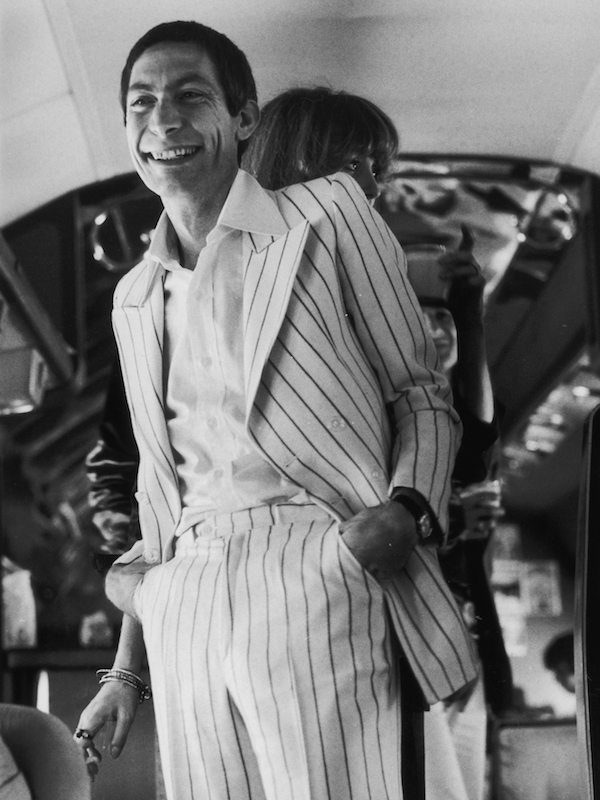 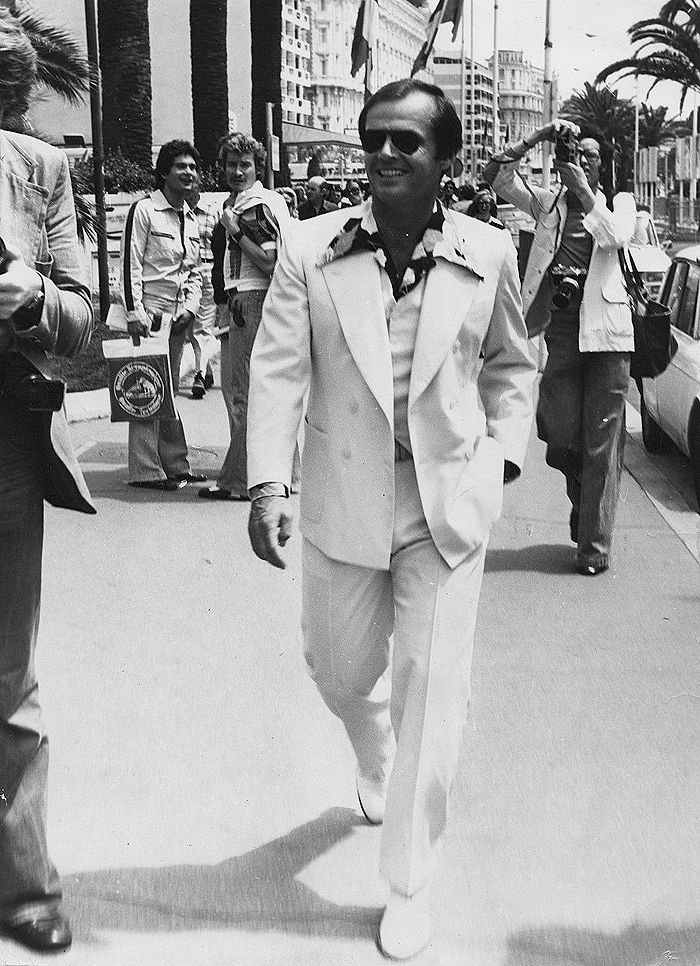 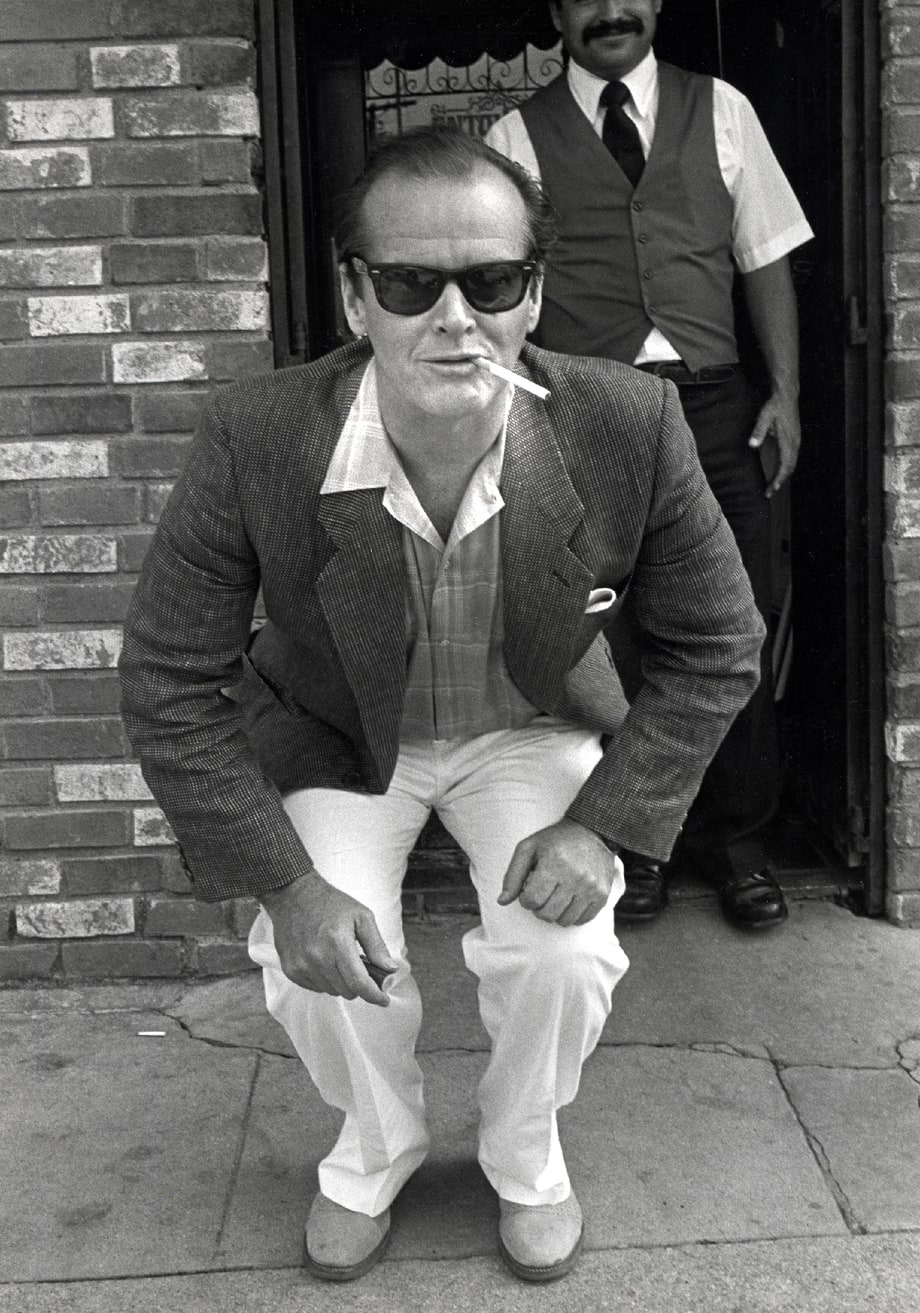 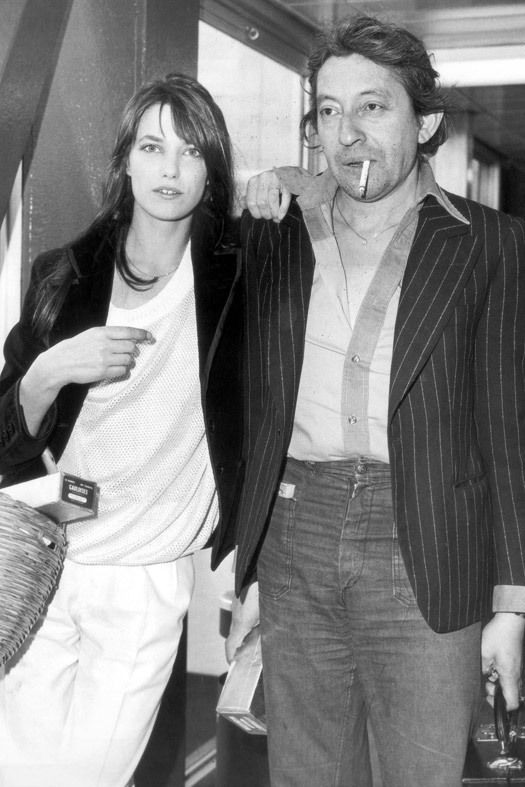 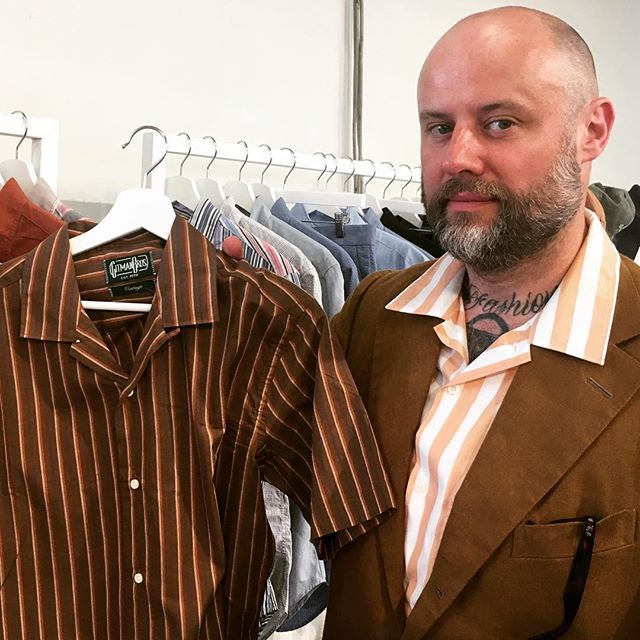 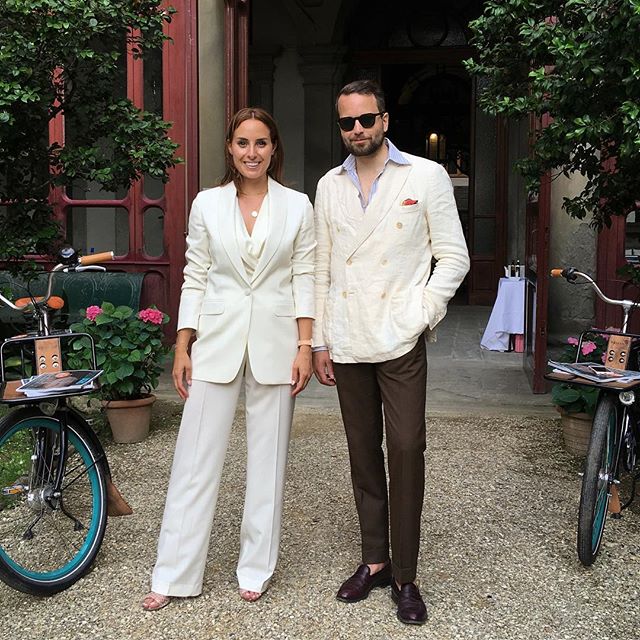 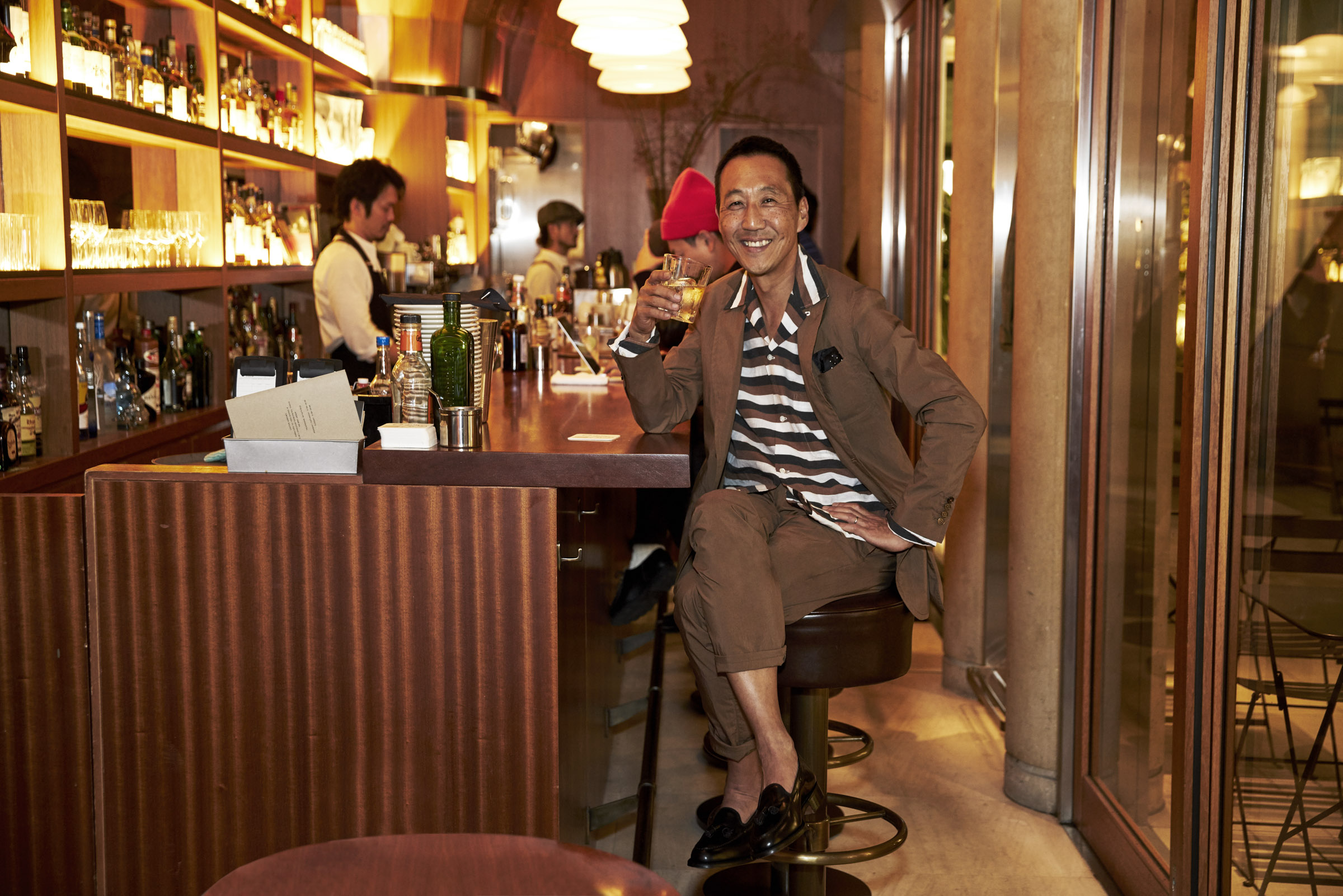 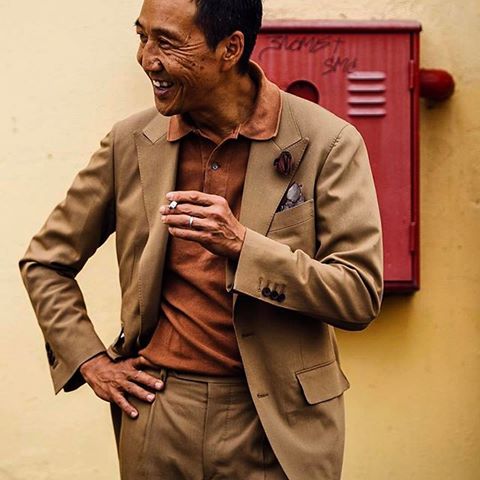 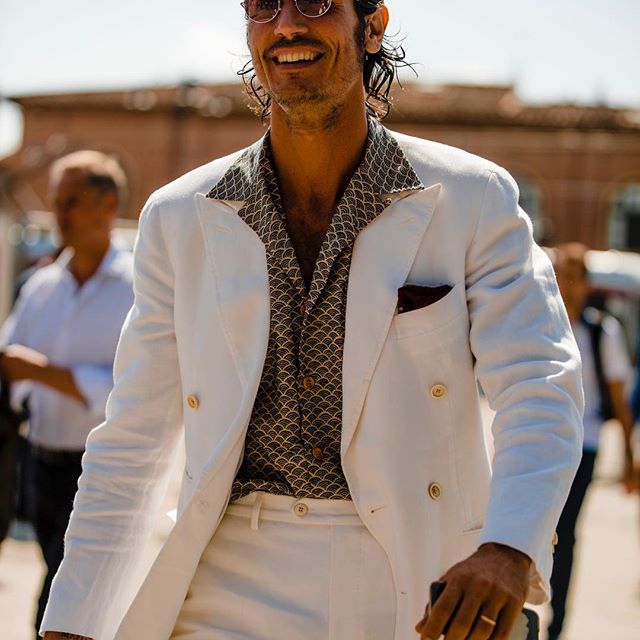 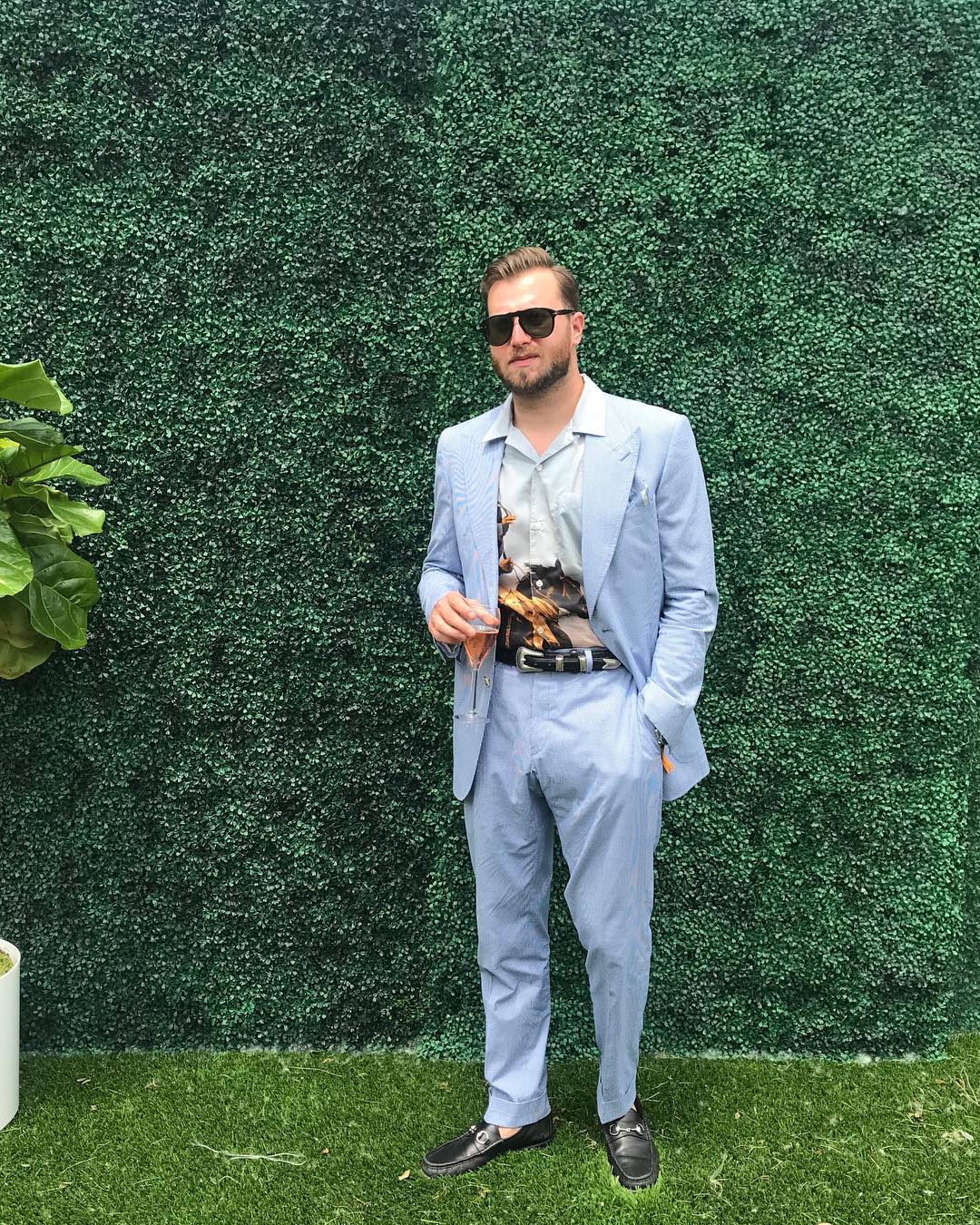