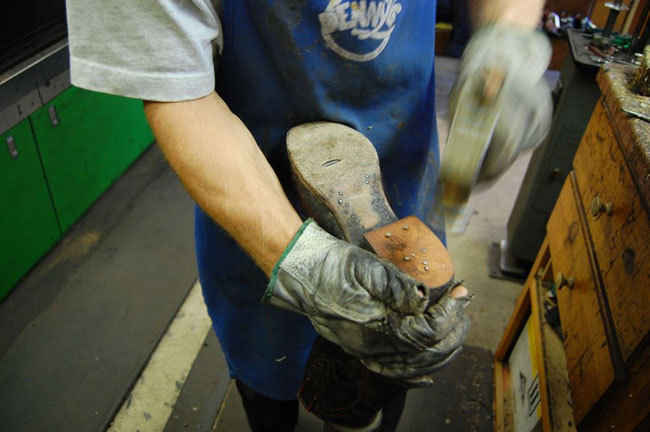 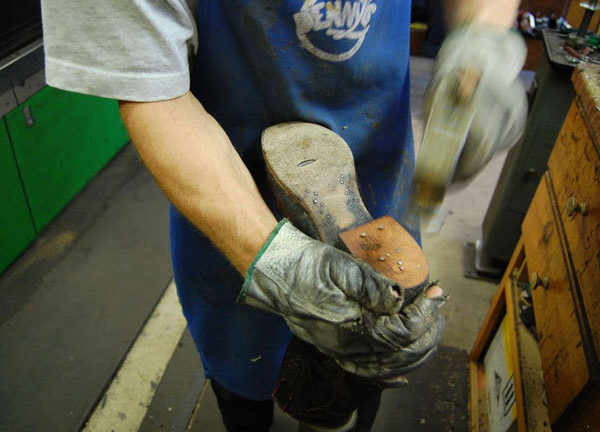 A reader writes: I have quite an annoying problem that cause my shoe heals to wear unevenly, favoring the outside heel, at quite a rapid pace. It has something to do with how i walk I suspect. I have destroyed many a shoe this way long before their time, is their anyway to to correct this?

We talked with Raoul about this very subject for our second episode, but we just didn’t have enough time to include it in the final cut.  Here are the basics.

New shoes can be fitted with heel protectors, sometimes called “taps."  These are kidney-bean shaped pieces of hard plastic which are nailed to the outside back of the heel, where heel wear is worst.  They’re cheap (usually about five bucks, including installation), and they can be removed and replaced as the wear away.  Sometimes similar protectors are installed on the forefoot – this is useful if you have a gait which wears one side or the other of the toebox dramatically more, but it’s much less common than heel protectors.

You can also have a sole protector attached.  This is a thin layer of hard rubber which is cemented to the sole of the shoe.  Sometimes it’s known by the brand name Topy, but Topy isn’t the only brand that makes sole protectors.  This will give you a bit of extra purchase on smooth surfaces, and is also easily replaceable when it wears down, saving your leather soles.  It does reduce the breathability of the sole slightly (one of the advantages of leather), and it’s generally a bit less attractive than a leather sole, though it should be all but invisible from the side view.  This is a bit more expensive, in the ten to twenty dollar range.

The most important thing to remember is that your sole and heel are both replaceable.  Take your shoes to the repairman before the bottom layer of the heel or sole is worn through completely, and he can replace that layer easily, particularly on good shoes.  A full sole replacement will be in the neighborhood fifty dollars, and a heel much less.