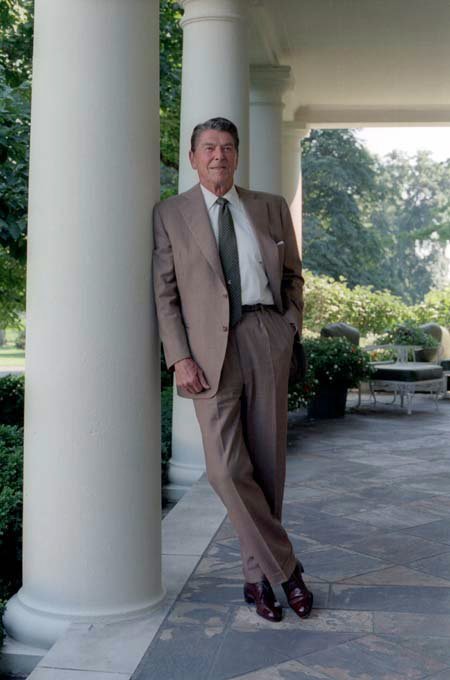 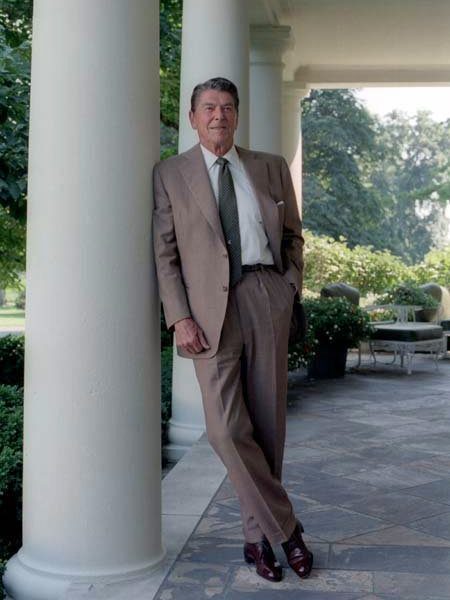 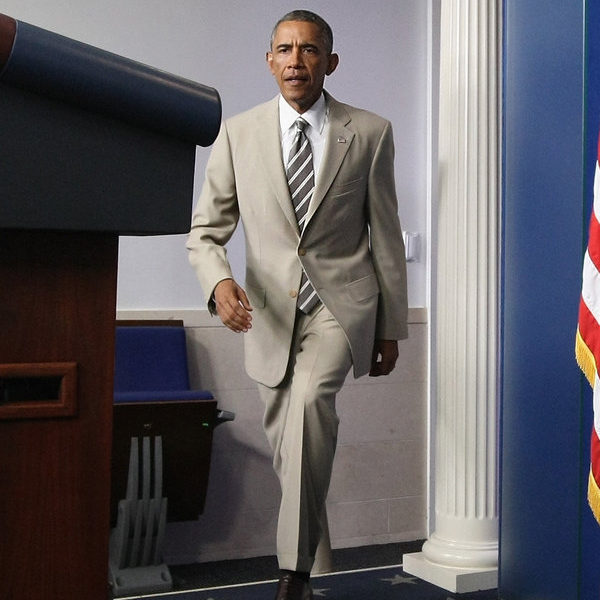 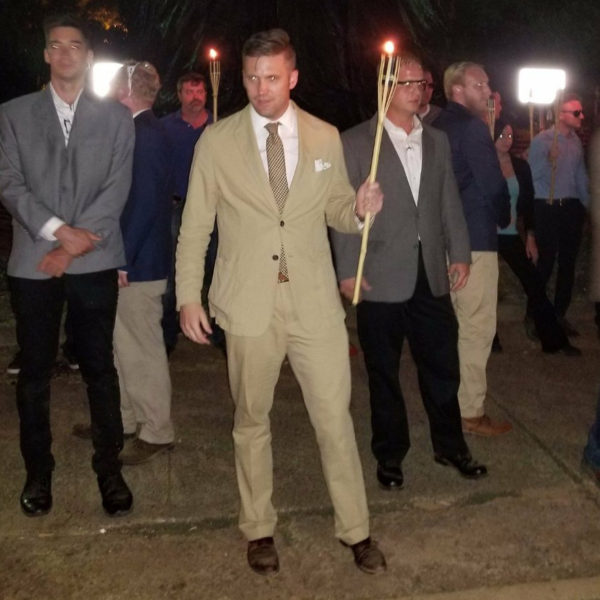 Slim, unstructured suits have been en vogue for almost twenty years now. They came out of the ‘90s, partly as a reaction to the oversized and padded silhouettes before them. The idea was that form-fitting clothes would be more flattering, and the lack of structure would make suit jackets and sport coats easier to wear in today’s casual, dressed-down world.

As fashion goes, anything that starts off as a good idea eventually gets exaggerated to comical proportions. Walking around San Francisco these days, I mostly see guys wearing tailored jackets that fit like shirts – just as tight and short, with about as much structure as a button-up. A good example of this look is Richard Spencer above, the failed academic turned neo-Nazi and white nationalist, who took his merry band of mall kiosk employees to Charlottesville this weekend for another protest.

Shrunken, unstructured suits work better in theory than in practice. They often make men look heavier than they are, with hemlines that ride too close to the hips and raised buttoning points that give the wearer the illusion of a beer belly. The slimmer silhouette and lack of structure also means the tailoring has to be pitch perfect – something nearly impossible to achieve off-the-rack – otherwise you end up looking like the crumpled mess you see above. Think of the difference between a structured tweed and a thin dress shirt. Any mismatch between the tailoring and your body will more likely show up in the latter, while a properly sized jacket with a bit of structure will not only be a bit more forgiving, but also give you a silhouette that flatters (there’s a reason why most guys don’t look good in t-shirts alone).

You can see this in the photos of Presidents Obama and Reagan, who are wearing more traditionally cut and constructed suits. The shoulder line is cleaner; the length doesn’t look absurdly cropped. And although Spencer’s suit is cotton – which accounts for many of the wrinkles – you can tell Obama and Reagan’s suits also just hang better. Frankly, they don’t look like they’re wearing their younger brother’s clothes, dredged out of the back of some closet.

Unfortunately, unless you know many people in your personal life who wear good, tailored clothing, it can be hard to tell what works. The best you can do is try on as many things as possible, so you get a comparative view. If you’re not used to wearing suits and sport coats, a tailored jacket may feel strange at first. The length will be longer than your casual outerwear, but not as long as a coat. Instead of trying to make a suit jacket fit like a denim trucker, think about the silhouette. One of the benefits of having a slightly more structured jacket is that you can extend the shoulders, which will make your waist look slimmer by comparison. Just see how the upper half of Spencer’s suit is built like a rectangle, while Obama and Reagan have that flattering V-shape. Spencer tried to get shape by taking in the waist more than his actual body would allow, which ends up making his jacket pull at the center. It does the magical trick of making him look worse than he already does.

Some final things worth mentioning: never buy a jacket that exhibits a collar gap, which is a colloquial term for when a jacket hovers off your neck. The defect can be fixed, but it can also be very expensive. Low rise trousers are awful, but they’re even worse with short jackets as they end up showing a bit of shirt and tie below your buttoning point. If you see your jacket’s lapels sharply bowing off your chest, it probably means your jacket is too small. We have a checklist you can use to think through whether a suit jacket or sport coat fits you, but you should also just pay attention to the overall silhouette. That’s what determines the garment’s style.

As for the two bums flanking Spencer, it should be obvious to regular PTO readers that you should never wear a grey suit jacket with black suit pants. Come on.