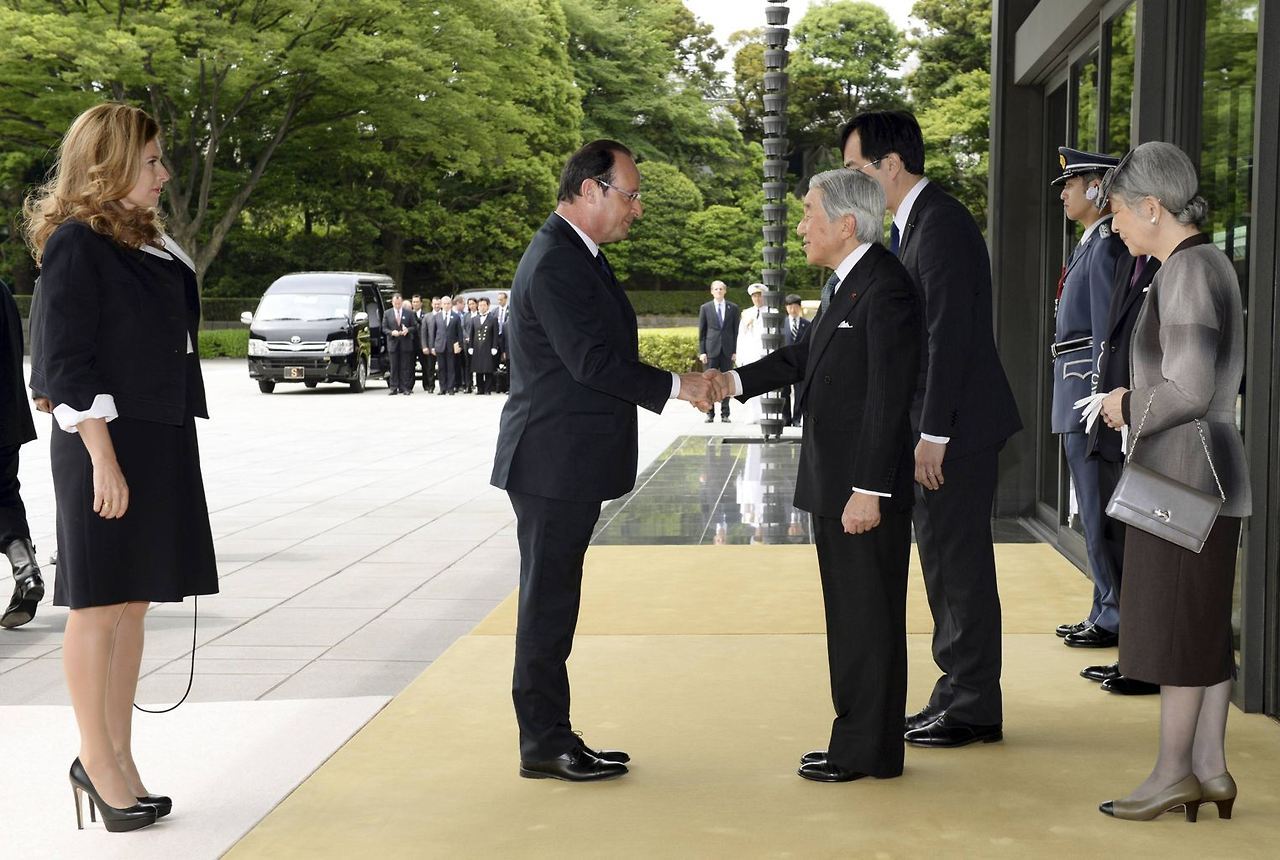 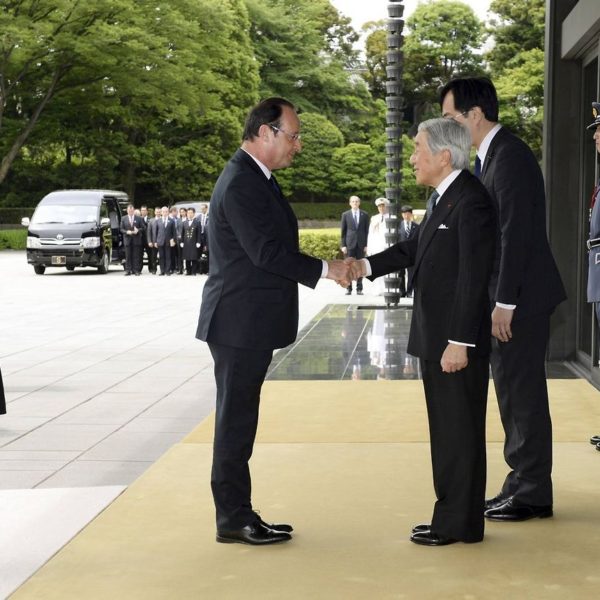 Truthfully, I think clothes do very little to change how your body looks. A large guy will look large, and a short guy will look short, regardless of what they put on. The only thing clothes can do is not call attention to these facts. There are of course, a few exceptions – and they usually deal with sport coats or suit jackets, and how they can make a man look slightly more athletic or symmetrical than he really is – but for the most part, it’s true. Clothes will not make you look like a different person.

Take a look at the photo above, for example, which shows France’s President Hollande shaking hands with Japan’s Emperor Akihito. Hollande’s suit demonstrates some of the problems that slim fitting clothes can have on a guy that’s neither slim nor athletically built. Slim jackets pucker and pull more easily, which can make your body look fatter than it actually is. Similarly, you’ll often see the same thing in trousers, where an overly slim cut can make your trousers catch on the back of your calves and ripple under your seat – neither of which will make you look particularly good.

Hollande’s trousers here fall cleaner, but they still make his feet look long and his torso heavy. For many guys, a slim suit can give them a silhouette that looks vaguely like a double Popsicle stick.

Emperor Akihito, on the other hand, is wearing a much fuller cut suit. Granted, he’s no Adonis himself, but the clean lines don’t call attention to this fact. Notice how his trousers, even if not fashionably slim, are well proportioned with his torso, and how his jacket give him a flattering build.

I wouldn’t go as far as to say that slim fitted suits are bad. On the right guys (usually slim or athletically built men), they look fantastic. For everyone else, tread lightly. As usual, you should always value fit over everything else, and for the most part, that means avoiding clothes that pull, pucker, bag, or otherwise create lines where there shouldn’t be. Slim clothes won’t necessarily make you look slimmer, but good tailoring will always make you look better.