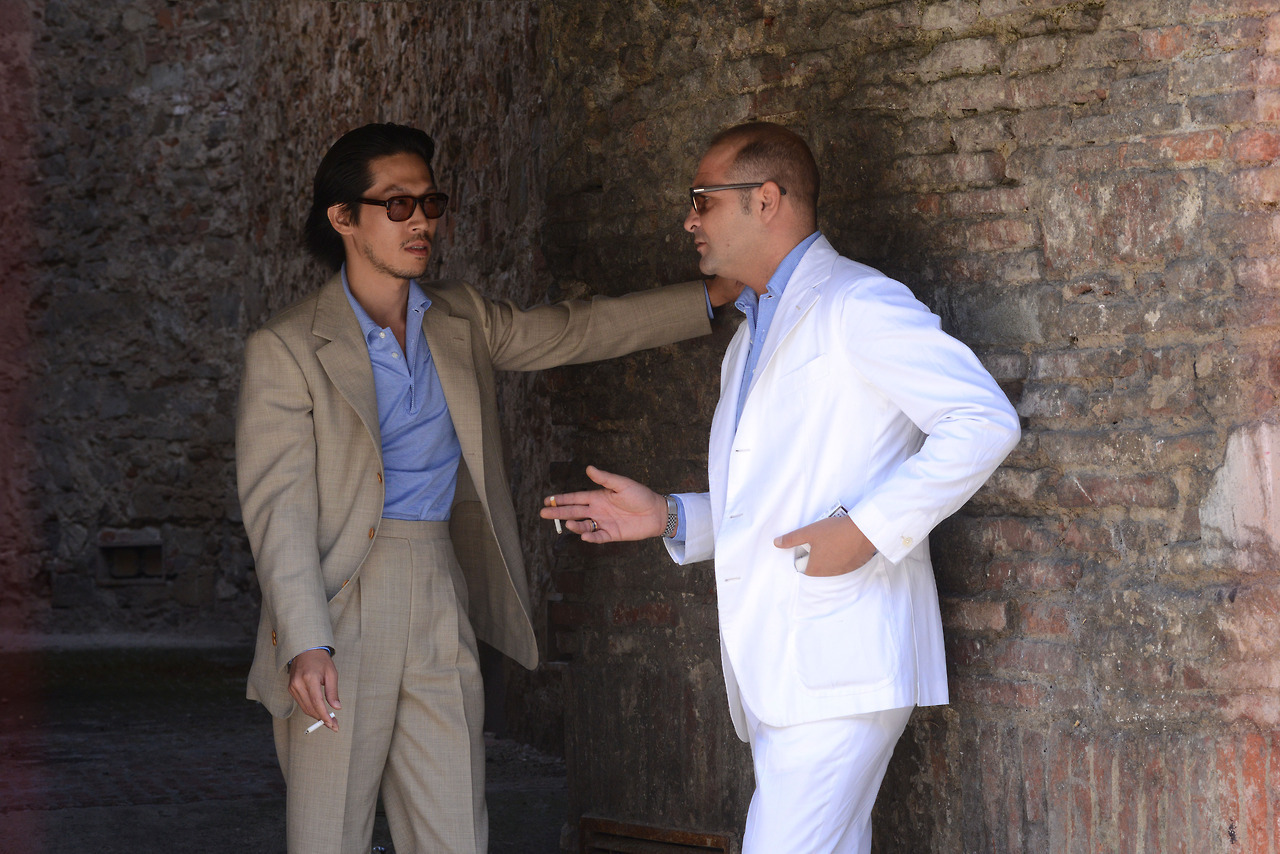 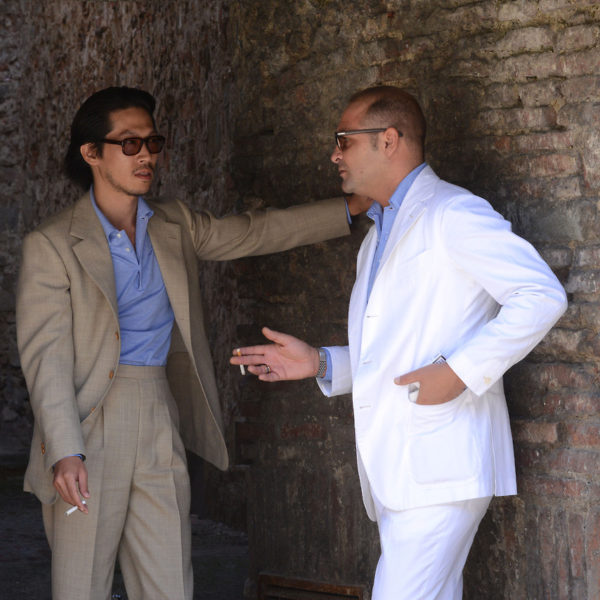 Fashion designer and menswear historian Hardy Amies once said that only heavy-set men should wear high-waisted trousers. On skinny men, they look like the waistband is coming up to the wearer’s armpits. Plus, he noted, high waisted pants slip down easily, which means you’re either hitching your pants up all day or wearing suspenders. “Then you’ll really be on a slippery downward path,” he warned.

I’ve been wearing higher waisted trousers for years (as a skinny dude) and Amies is right: these lead to a slippery slope. For one, belts go out the window, as they generally only look right with lower rises (conversely, suspenders only work with higher rises). You’ll also eventually wear pleats, as they visually break up the expanse of fabric that stretches across your lap. When that day comes, you’ll look down and realize that you’re wearing the exact thing menswear writers have told everyone to avoid – pleated, high rise pants that are typically associated with old, frumpy men.

If the tailoring is done well, however, I think the style can look great. Take this photo of Seon Hwang, for example. He’s wearing a traditionally cut jacket with wider lapels, and a pair of higher waisted pants that comes up to about his navel. The trousers feature single reverse pleats, and although he’s not wearing suspenders in the picture, his pants are almost certainly outfitted with the internal buttons that would allow him to wear some. (If you’ll notice, the pants don’t have belt loops, so a belt isn’t an option).

Rather than old and frumpy, however, Hwang’s silhouette looks young and rakish. His suit has a sort of old-school Italian sensibility to it – almost like Richard Gere’s Armani suits in American Gigolo. I’d argue this feels more Italian than the skimpy jackets and narrow, low slung trousers that define Continental style today.

So yes, higher rises will lead to other things. If you have a sharp eye and a skillful tailor, however, those things can be good.