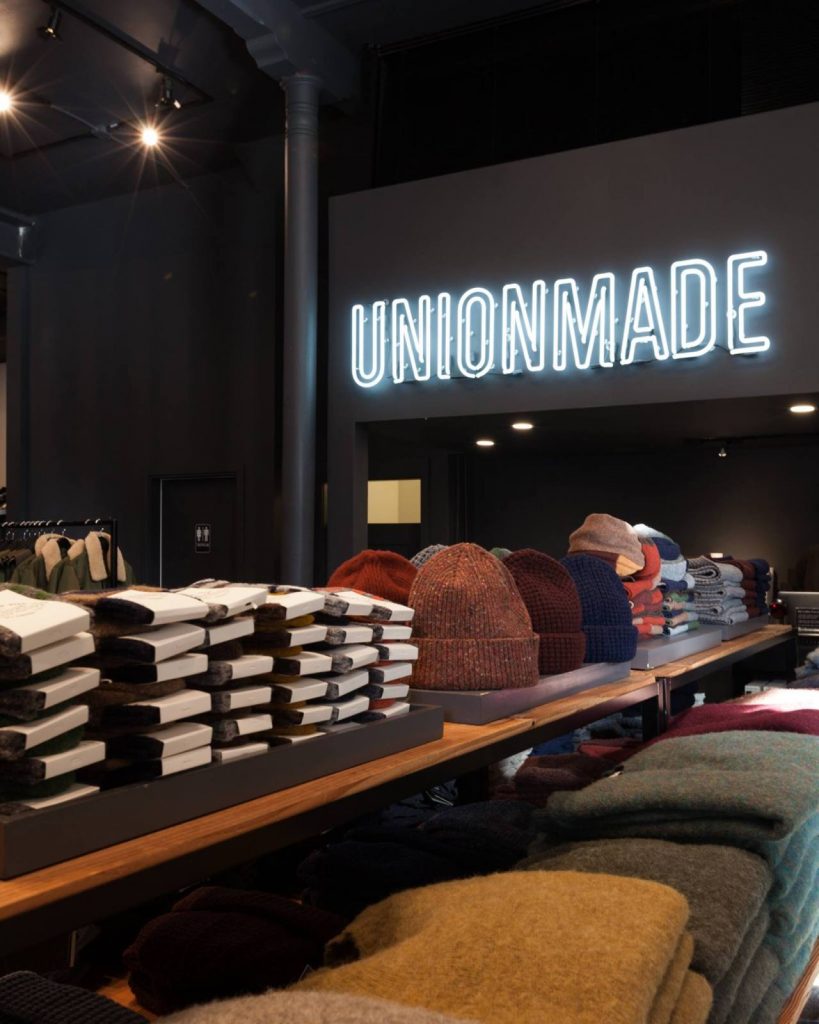 In the last few years, legendary clothiers such as Carroll & Co and Louis Boston have boarded up their doors. While regrettable, a lot of that news is admittedly academic to me since I never really shopped there. Last week, however, when San Francisco’s Unionmade announced they’re closing, the news hit home. I love Unionmade and shopped there almost every season, up until the store’s last days.

Todd Barket founded Unionmade ten years ago after he was laid off from his job at The Gap. Barket had been working there for twenty years, climbing up the ranks to Director of Brand Fashion, and received a nice severance package at the end. Upon leaving, he took a bit of that money to go travel. One of the countries he visited was Japan, where he saw how local clothiers were selling their interpretation of Americana, workwear, and heritage clothing — styles he loved. On WeFunder, Barket wrote of his experience in those early years: “I’ve always thought that there’s room for merchandise that’s accessible, and either has color, a brand history, or a handmade quality,” he wrote. “From my travels in Asia, specifically in Japan, I saw how retailers presented American products in a Japanese environment. It felt fresh. I decided to do an Americanized version of this Japanese concept.”

The history of Unionmade runs jointly with ametora, a Japanese concept that David Marx outlines in his book by the same name. In Japanese, the word means “American traditional.” The concept refers to how Japanese consumers and retailers saved Americana, workwear, and prep during a time when they were out of fashion in their native land. Thanks to the stewardship of Japanese consumers, who ritualized and preserved these styles, it was possible to eventually bring them back into the US through stores such as Unionmade.

“At the time, no one was presenting these men’s brands, which had been around for a long time, but become a little dusty,” Barket continued. “It was very much a personal thing about the way I dress and the things I’ve seen throughout the years. I assembled a lot of those old brands for Unionmade, and suddenly we had started the men’s heritage movement. People started hunting us down. We got tons of press and PR, and we turned into this model for a new revised men’s haberdashery and a shopping experience that people thought was a little more revolutionary at the time.” 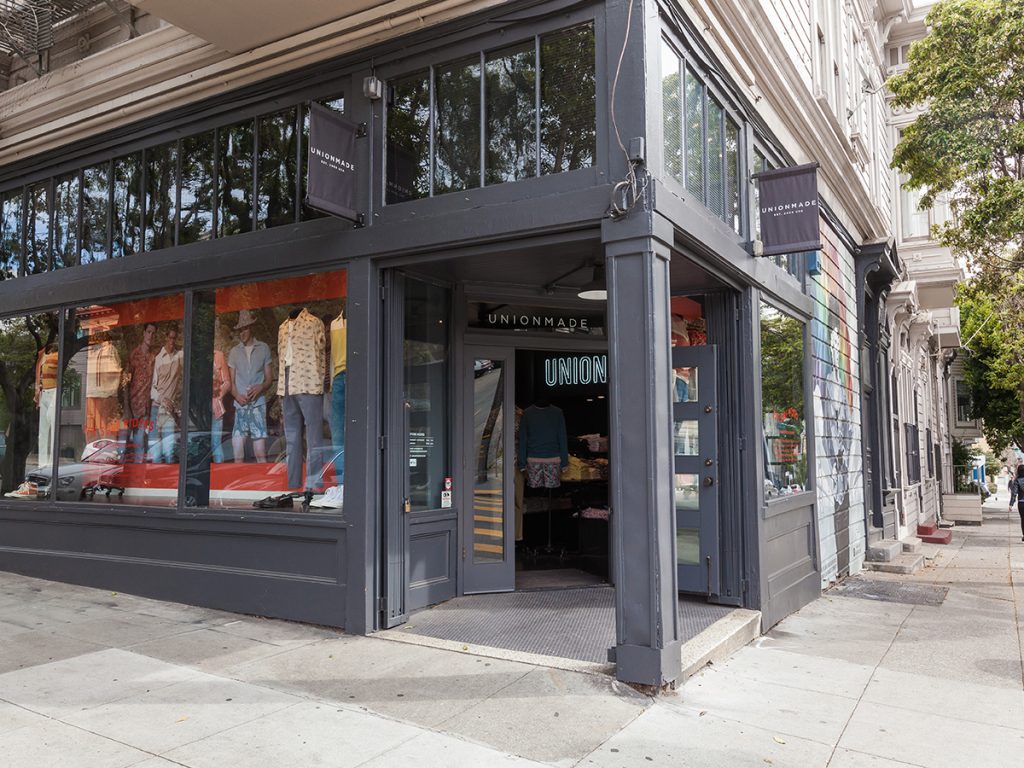 Granted, it’s unclear whether Unionmade was the genesis of the heritage movement, but they were undoubtedly a pioneer. When they opened their doors in the Castro District of San Francisco in 2009, they were one of the first shops to sell raw denim alongside chunky Aldens, neo-retro outdoor gear, British heritage labels, and hard-to-find Japanese imports. Walking into their store was like walking through the pages of Free & Easy, the now-defunct Japanese menswear magazine.

The model, at first, proved successful. Buoyed by the heritage movement, Unionmade soon opened their second and third locations in Los Angeles and Marin County. Their tiny Sanchez Street space doubled in square footage, breaking into the area next door so they could offer more clothing to San Francisco customers. They also opened a women’s store in San Francisco’s Noe Valley, called Mill Mercantile. And a new location in West Hollywood, making it their fifth location overall. For years, before Mr. Porter dominated the online market, Unionmade’s end-of-season promotions were among the most talked-about sales events at StyleForum.

At some point, the engine started to sputter. By 2015, the Grove location lasted for just a year before shuttering and the Brentwood boutique closed shortly after. As the online market for heritage clothing started to get more crowded, with stores following Unionmade’s lead, the company tried to diversify into cleaner, more contemporary lines. At the same time, fewer men were interested in buying workwear and Americana. Some were simply satisfied with the hardwearing raw denim and Alden boots they purchased five years earlier; others moved on to streetwear and designer clothing. Women also didn’t take to Mill Mercantile as much as Barket hoped.

The deathblow, however, came in 2017. The City of San Francisco forced Unionmade out of their flagship location so they could retrofit the building according to earthquake safety standards. This meant that for the last six months of that year — during the retail industry’s two busiest seasons — Unionmade had to move into a small location with half the square footage. I visited the store during this time and was amazed at what a difference the location made. Instead of the massive, two-room area with a beautifully decorated interior, Unionmade became a small, somewhat cramped space that didn’t allow you to browse for anything easily. Stopping by became a quick peek-and-go, whereas the other location encouraged you to hang around and peruse. 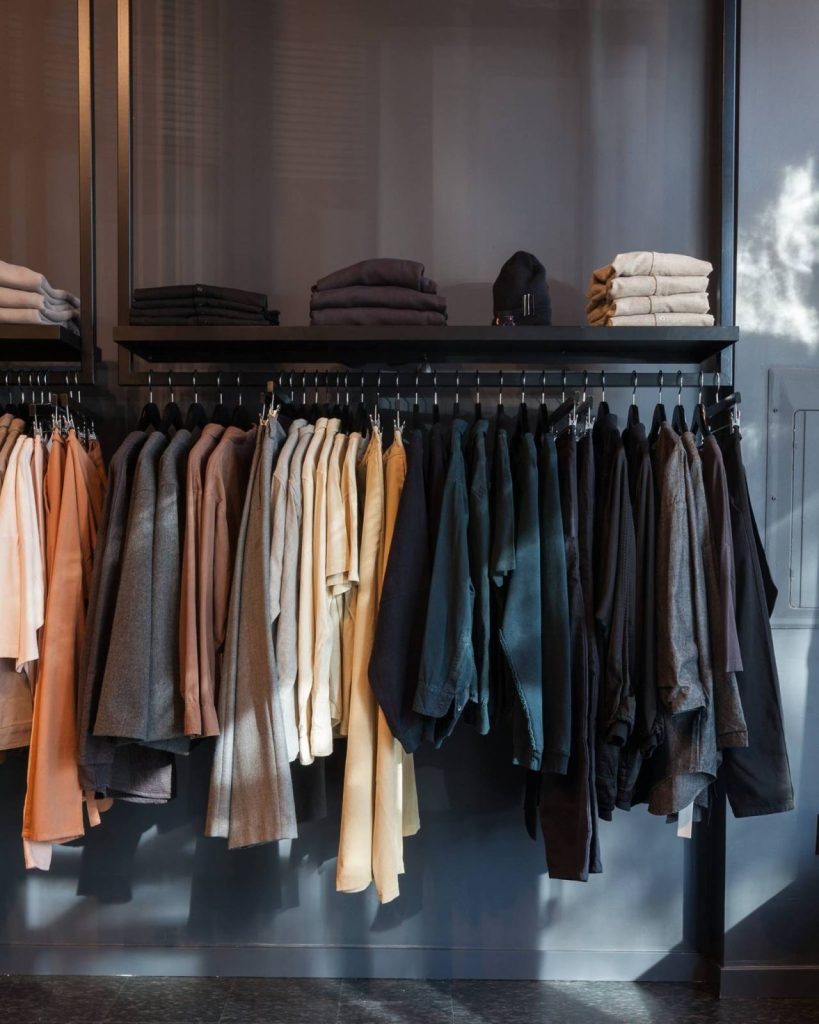 The company’s sales were already flagging at the time. Unionmade had just closed two of its locations, and the heritage movement was tapering off. But to give you a perspective, Unionmade turned a small profit of $24,000 coming out of 2016. A year later, with the forced retrofit, they lost nearly $650,000. With little cash on hand and piling short term debts, as well as an unsuccessful campaign to raise money through WeFunder in winter of 2018, they finally threw in the towel last week. Around the time of their closing, they were doing $6 million in annual sales, but they were also about a million in debt.

Last week, Barket issued a public statement, which read: “After ten years of independent retail, I have decided to move on to new creative endeavors. Over the past few years, it was exciting to create a unique fashion point of view to match the uniqueness of San Francisco. I especially loved meeting all of the customers who shared in my vision of unique quality clothing and expressing their personal style.”

Some have derided the company for selling what they see as overpriced goods under the banner of Unionmade when the clothes are often not, in fact, made by unionized workers (something a Gawker writer spared no words in describing). But for me, Unionmade was special. Their flagship was a cozy, non-judgemental, and friendly space where you could peruse some beautiful clothes. The sales staff, without exception, was made up of clothing enthusiasts who never pressured you to buy anything and were simply happy to chat. They also carried an incredible assortment of brands, from Kapital to Camoshita to Nigel Cabourn. It was here where I first encountered Chimala, one of my favorite labels, as well as Grei, Studio Nicholson, and Eastlogue. At the same time, the store also had accessible brands such as Alex Mill, Carhartt, and Woolrich (to be sure, they’re not as affordable as what you can find in the mall, but these lines are certainly value-driven).

Most of all, I’ll miss what Unionmade did for the broader menswear community. They helped recontextualize heritage and workwear labels so that things such as chin-strapped chambray shirts and Barrie lasted shoes felt relevant and cool. Most of those clothes are just as wearable today as they were ten years ago when Unionmade’s customers bought them. Perhaps the store could have survived if they didn’t expand so quickly into the surrounding areas. Or maybe if the heritage movement kept its steam. Or if they weren’t forced into a retrofit. In any case, I think the store’s overall values endure and I’ll miss their black-walled atmosphere, which made every visit feel like Christmas. They helped promote the idea of “buy less, buy better,” and introduced many men to clothes that endure just as much in terms of their design as construction. They showed you can dress classically without looking fusty, contemporary without looking out of place. The clothes were admittedly expensive, but they were good.