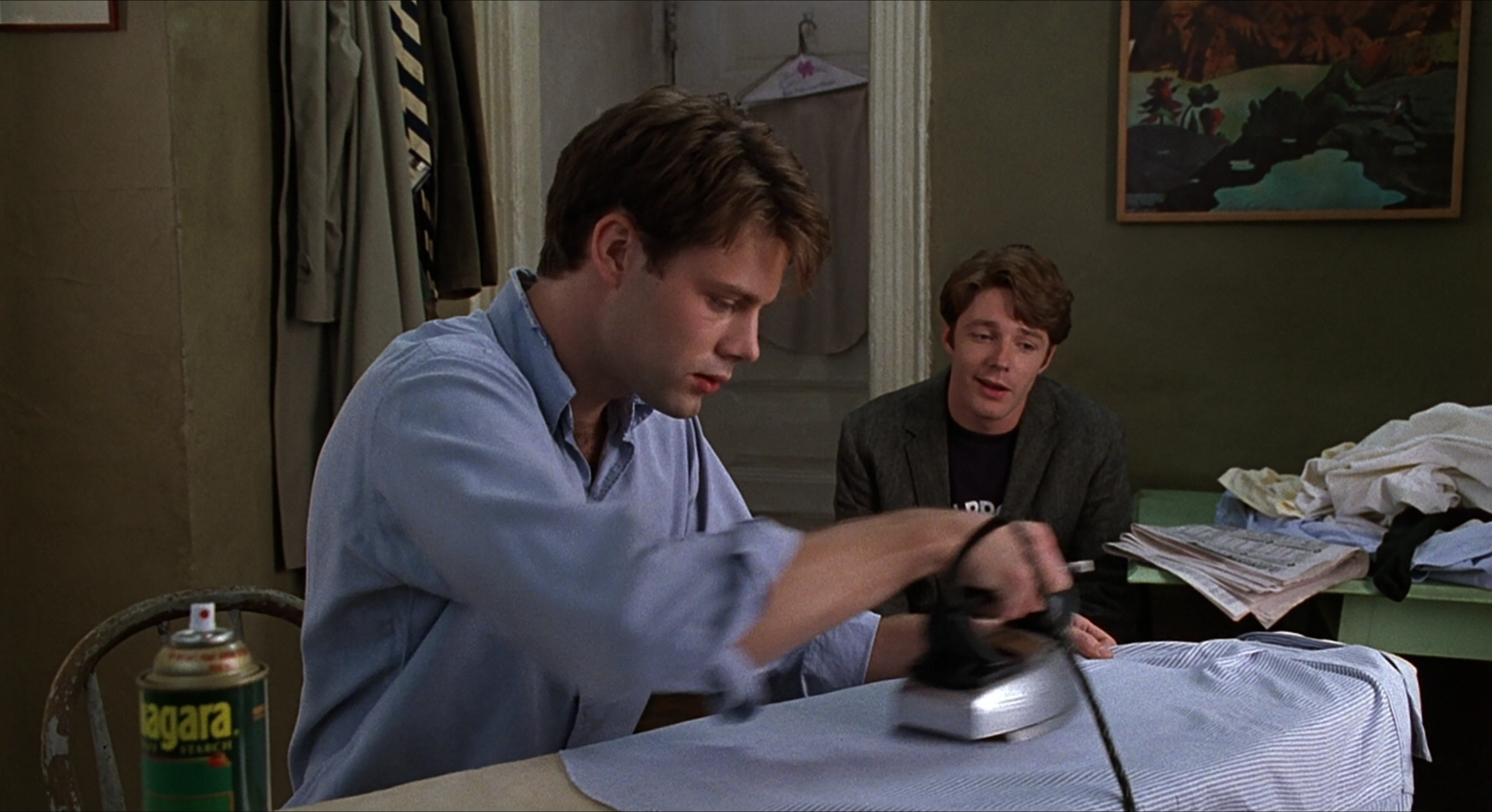 Matt Keesler’s character, Josh, irons his own OCBDs while wearing a frayed collar oxford. AKA a typical Friday night in for me.

I don’t know if there’s a term for when a film/show set in an earlier time ages to the point that people (especially people too young to remember the original run) start to wonder whether it was filmed when it was set. But there should be. For example, do people under, say, 30, realize on first viewing that Happy Days represented a 1970s viewpoint on the 50s and 60s? That Animal House, set in 1962, was released in 1978? I understand that just asking this question blows my cover as a fellow kid.

I didn’t see Whit Stillman’s Last Days of Disco, set in the early 1980s, when it came out in 1998. As a punk kid, I knew disco sucked and didn’t want to watch anything that might celebrate it. When it came to musically nostalgic films of 1998, I was more of a Wedding Singer guy. I discovered Stillman’s Metropolitan later, and as a person who grew up prep-adjacent, relished its skewering of its self-identified Urban Haute Bourgeoisie characters. I also liked the clothes–they’re constantly engaging in witty repartee while wearing tuxedos. Perfect storm for a guy in his early 20s who just discovered tailoring. It led me to the rest of Stillman’s work.

I first saw Last Days of Disco in the mid-2000s. (It’s over 20 years old now; we’re further from its release than its release was from its setting. Keep up, kids.) Like Metropolitan, it focuses on a small group of friends in limited locations in New York, falling into and out of relationships with each other while delivering terrific lines. Stillman nails how people in their 20s compensate for deep insecurity by being savage to each other. The movie has some fun with the disco backlash, which was well under way by the movie’s era — Disco Demolition Night happened in 1979. (Some mild spoilers for the film follow.)

Stillman has said “We set the film a little later than prime-time disco. I didn’t like the idea of disco as this sort of bad-taste, polyester version… I saw that at the beginning of the 80s, I really liked how things looked.” The characters regularly talk about how great disco and clubs are, even as they realize they’re enjoying the tail end of a musical era. Says Des, the manager at the club that’s the center of the film, “We’ve lived through a period that’s ended. It’s like dying a little bit.”

More thought likely went into the women’s wardrobe than the men’s in Last Days, as main characters Chloe Sevigny (as Alice) and Kate Beckinsale (as Charlotte) dress Preppy-Handbook-primly for their jobs at a publishing house during the day, then get decked out to dance at Des’s club, which is modeled not on Studio 54, but not not on Studio 54. 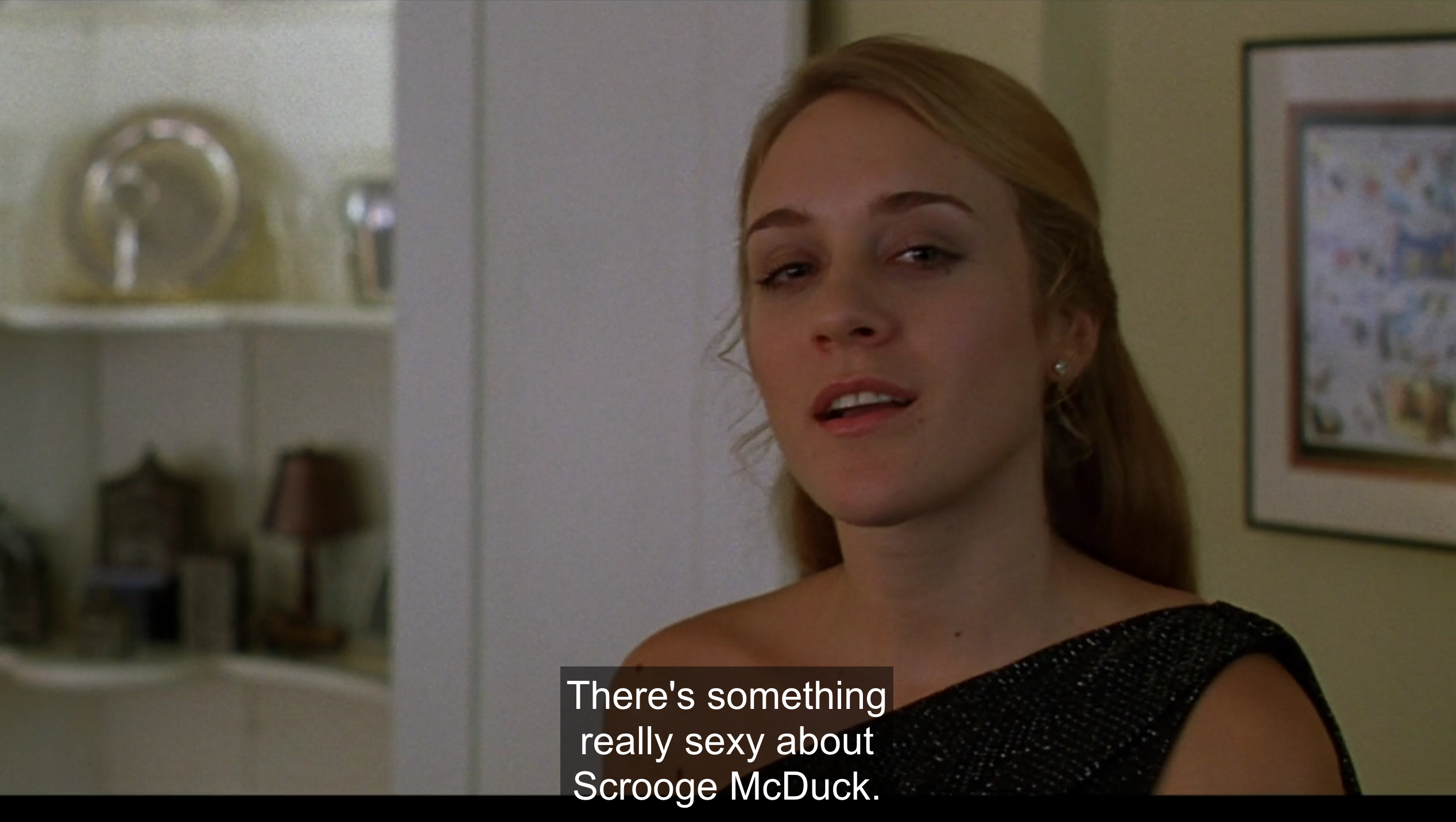 Chloe Sevigny gets some of Stillman’s best lines.

But the men look great, too. The main male characters, intended to be in their mid 20s, include Des, Jimmy (a junior ad executive), Tom (a lawyer specializing in environmental issues — spoiler alert: he’s a jerk), Josh (a lawyer in the DA’s office) and Dan, who works at the same publishing company as Alice and Charlotte. For the most part, they just wear their work clothes to the club. Each gets a slight spin on similar wardrobes — they’re all supposed to have prep/Ivy backgrounds. 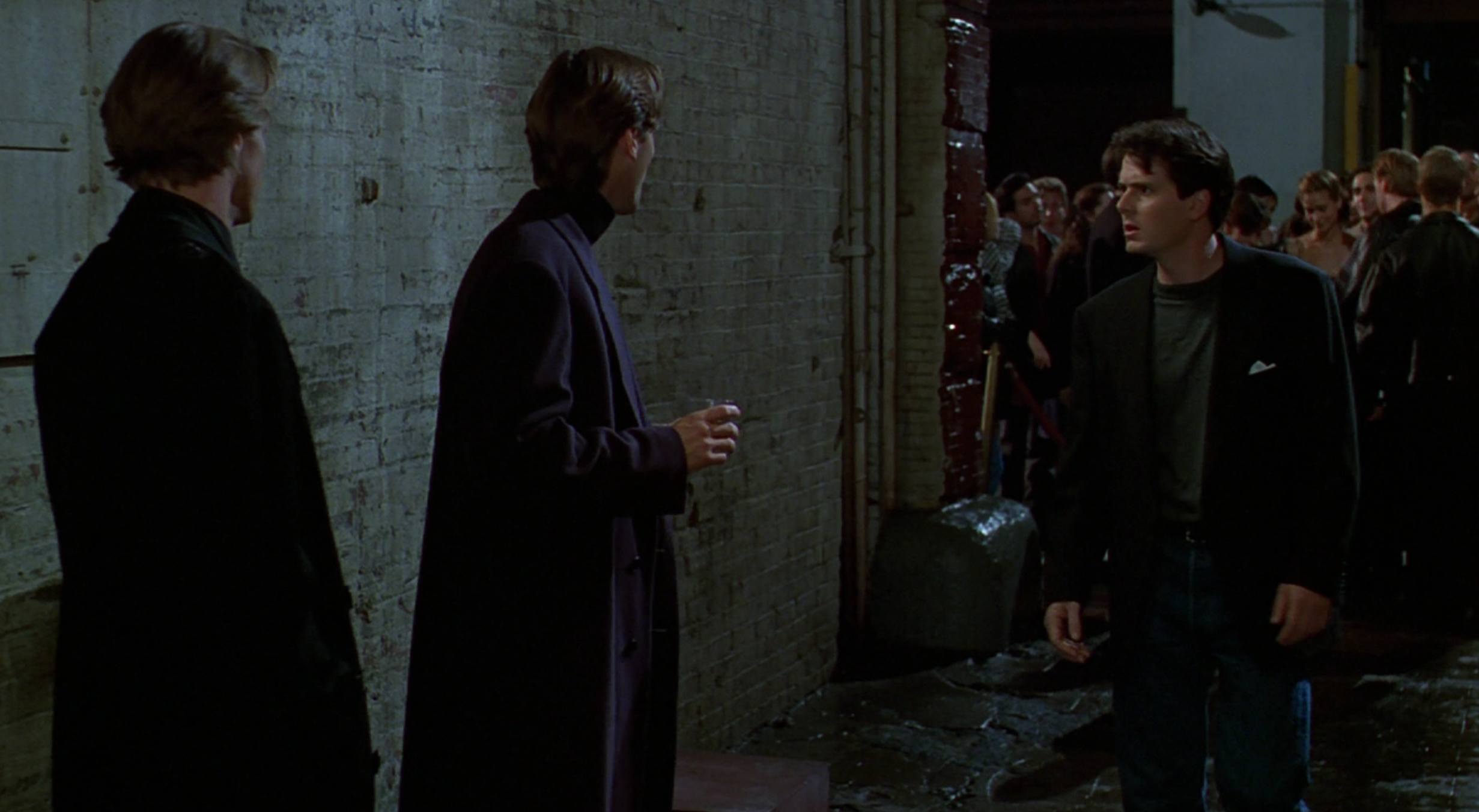 Des and the disco’s doorman, Van. 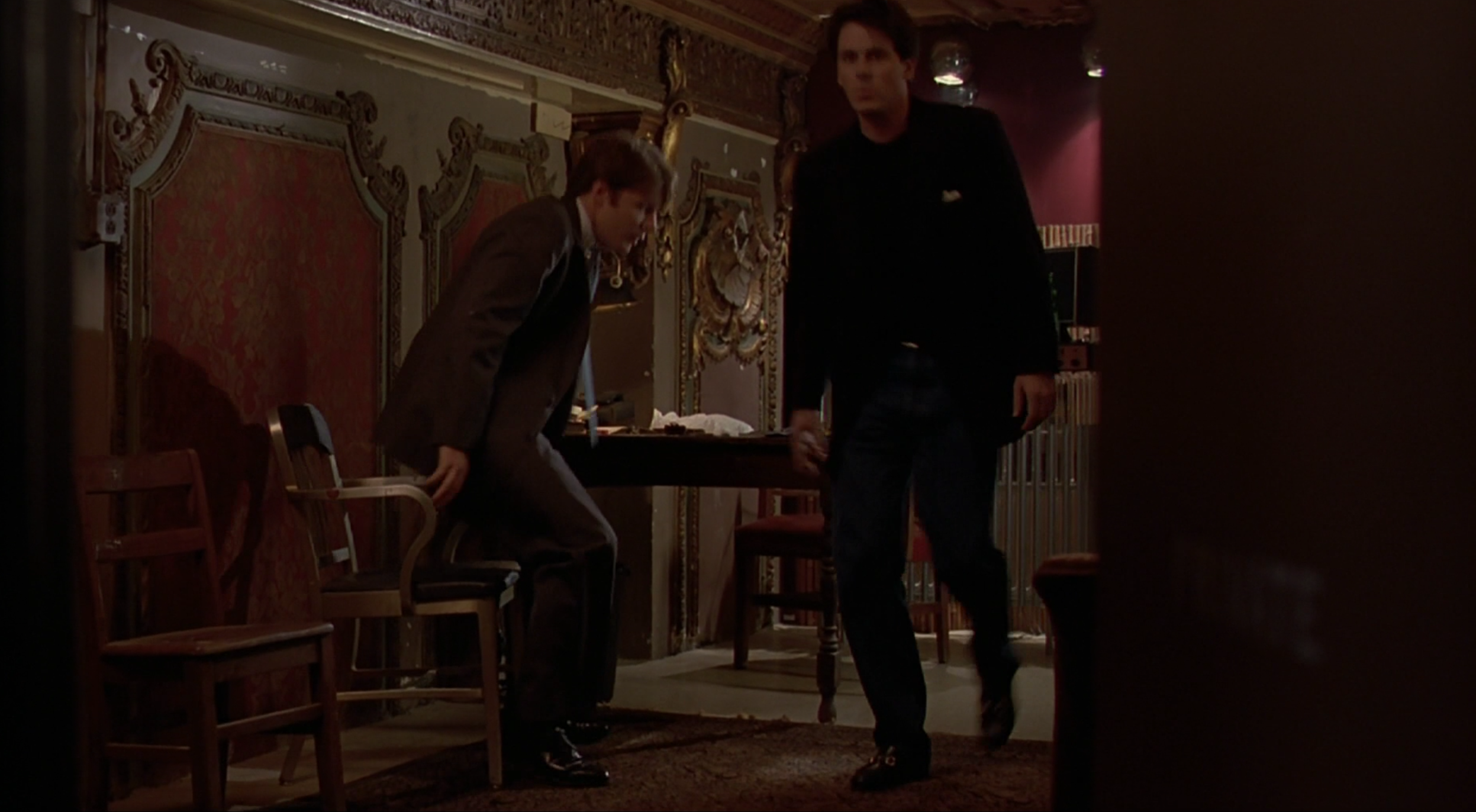 Des in his typical outfit of crewneck tshirt, sportcoat, denim, and Gucci loafers. 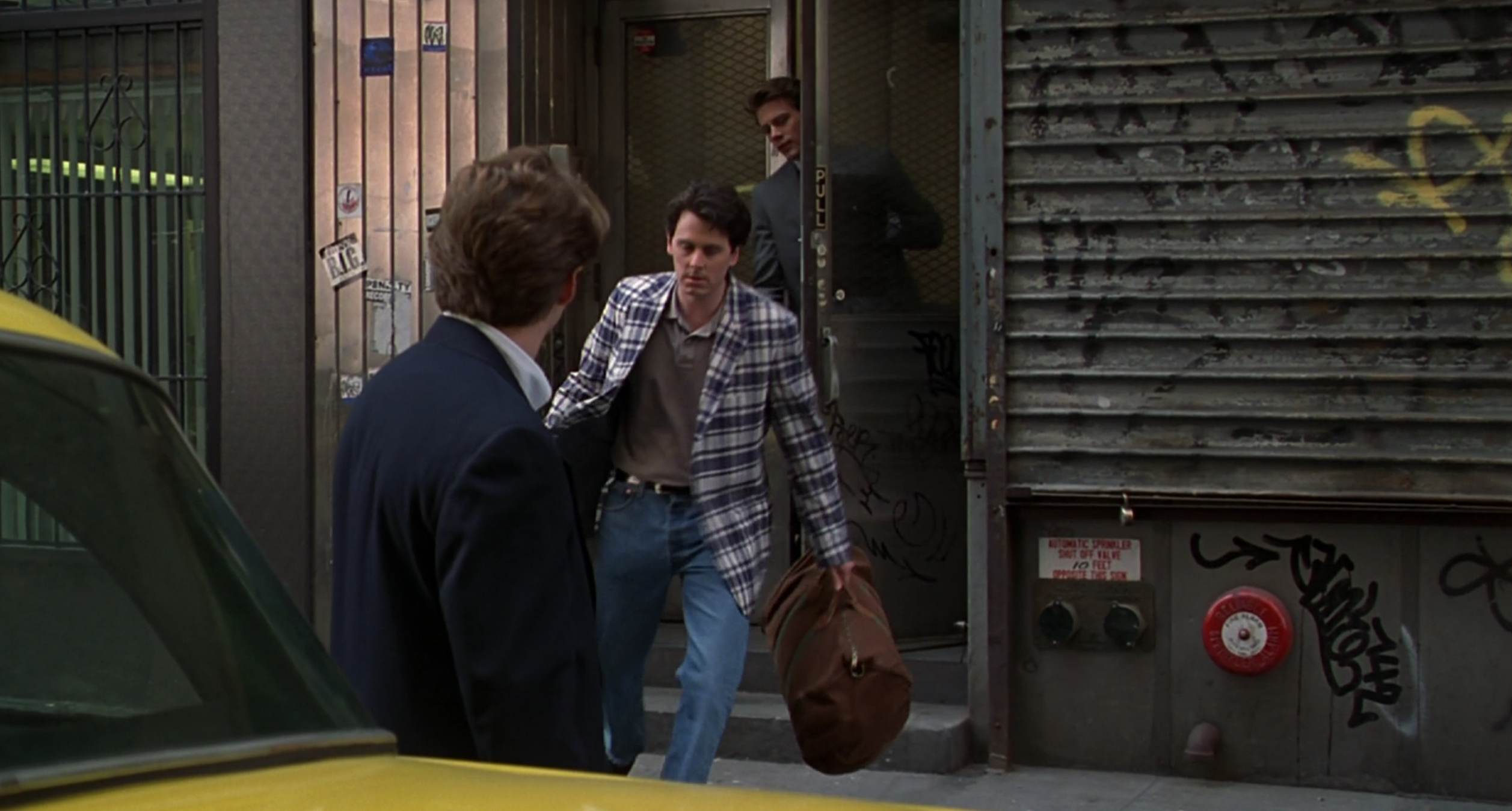 Des flees the country in a madras sport coat with an LL Bean duffle bag. 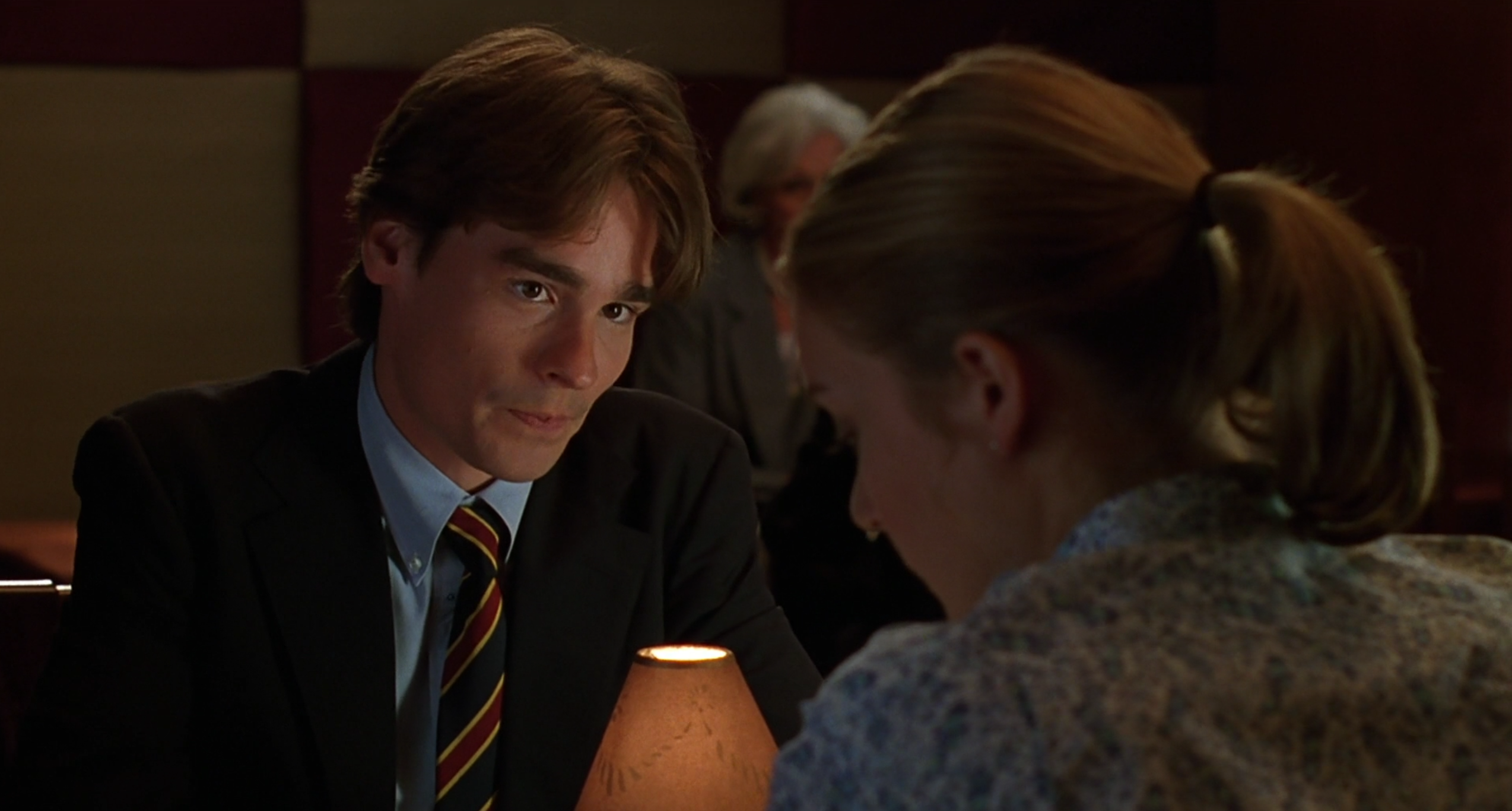 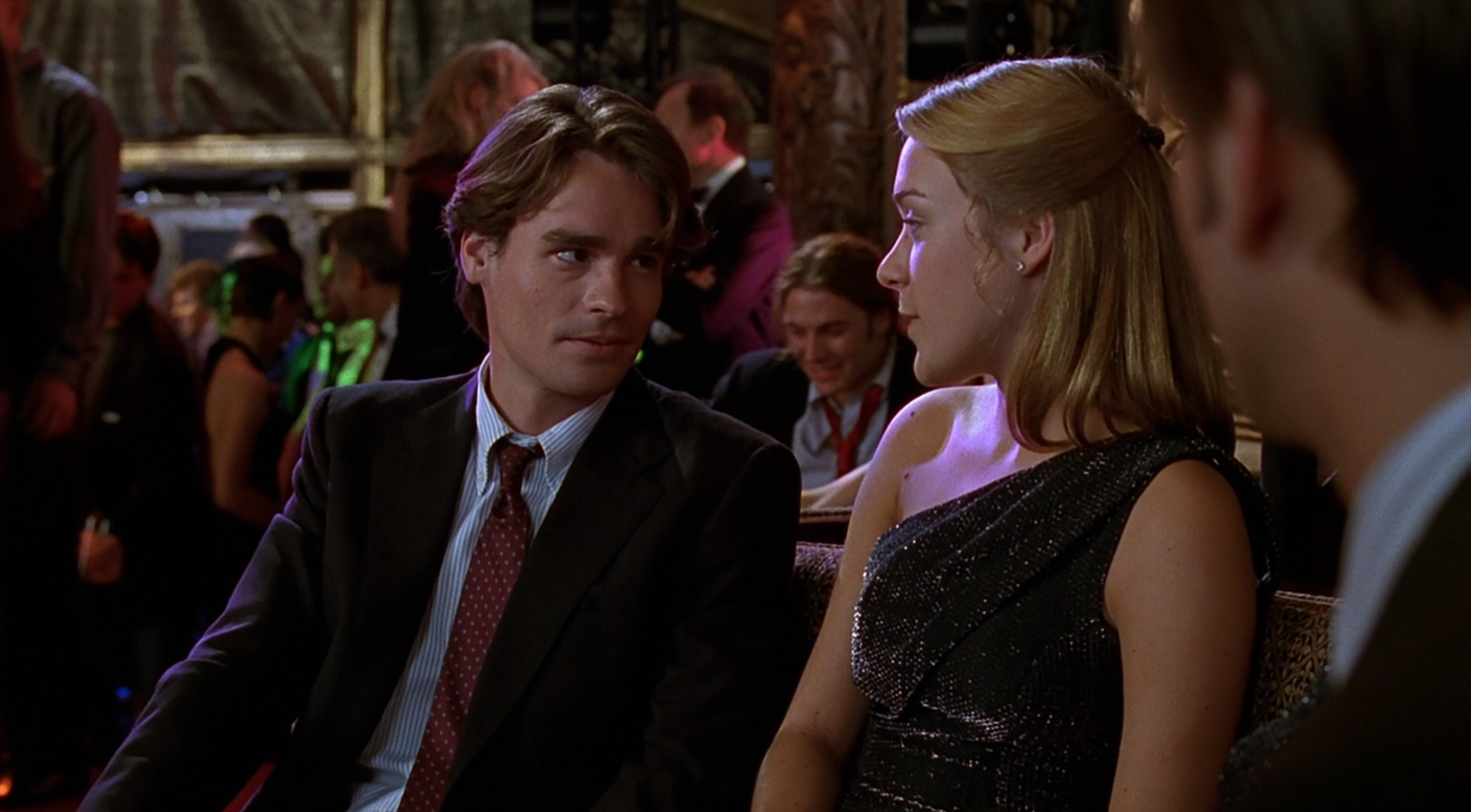 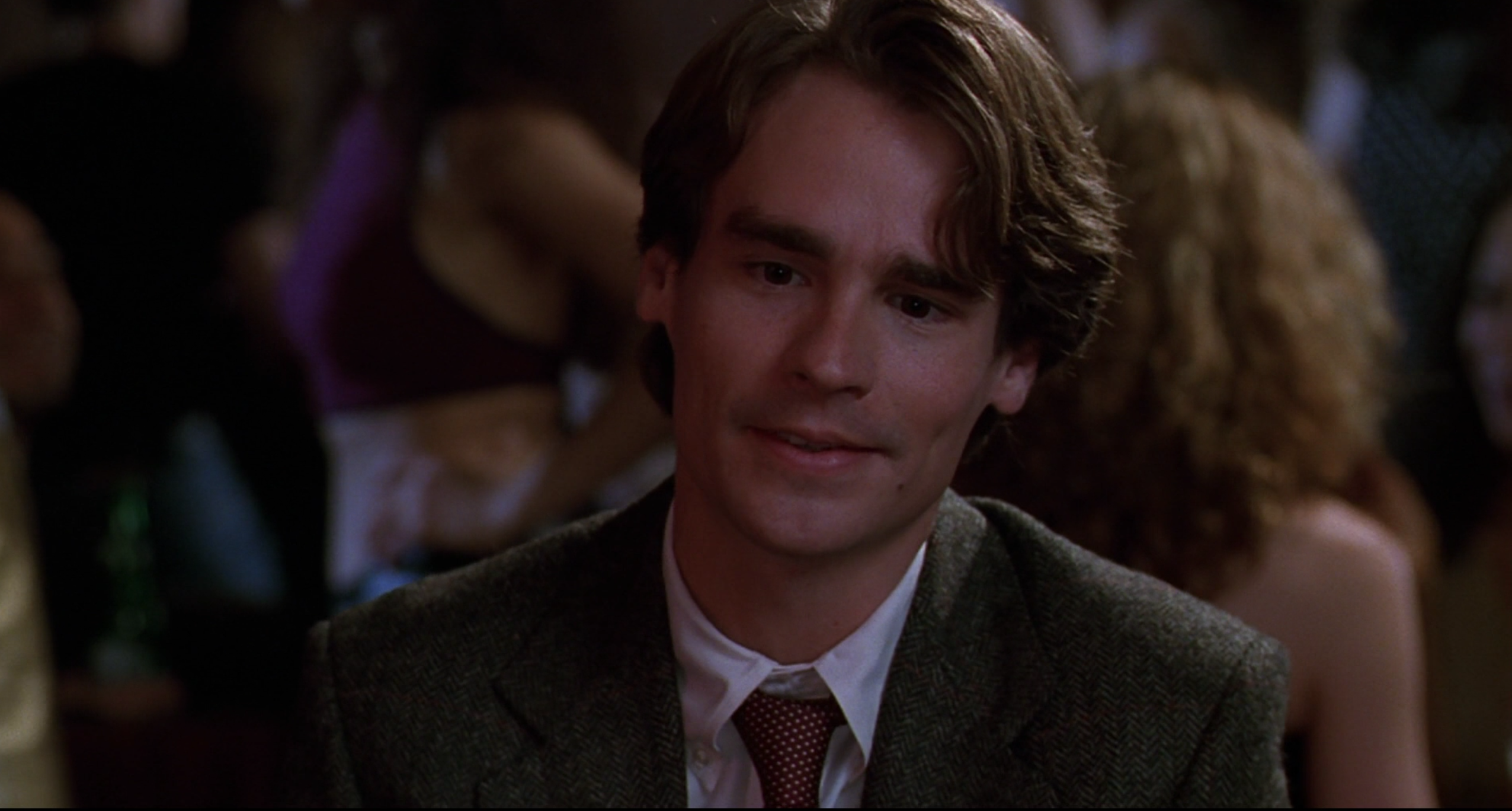 Tom has some nice ties and great hair. Turns out he also has gonorrhea. Can’t win em all. 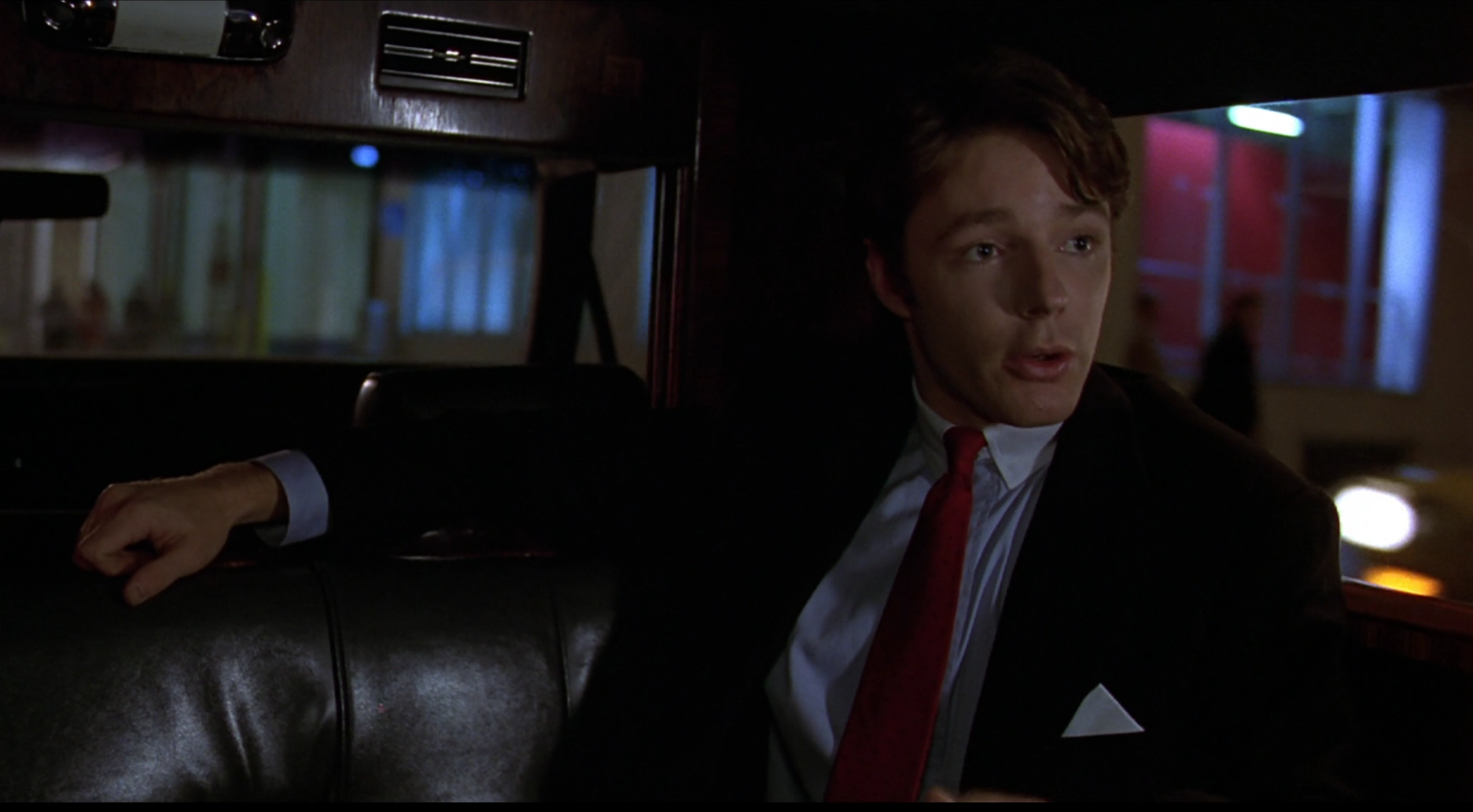 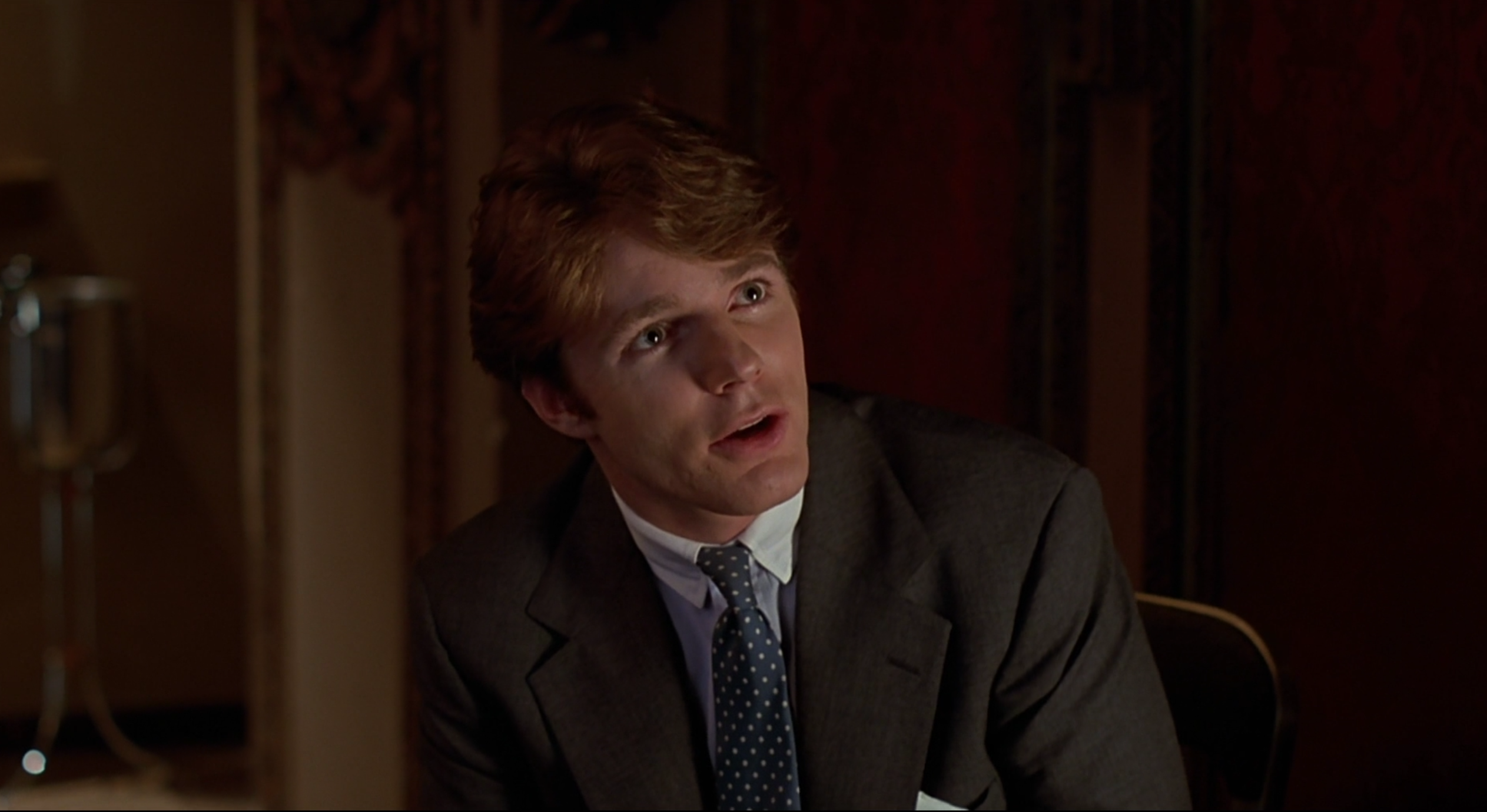 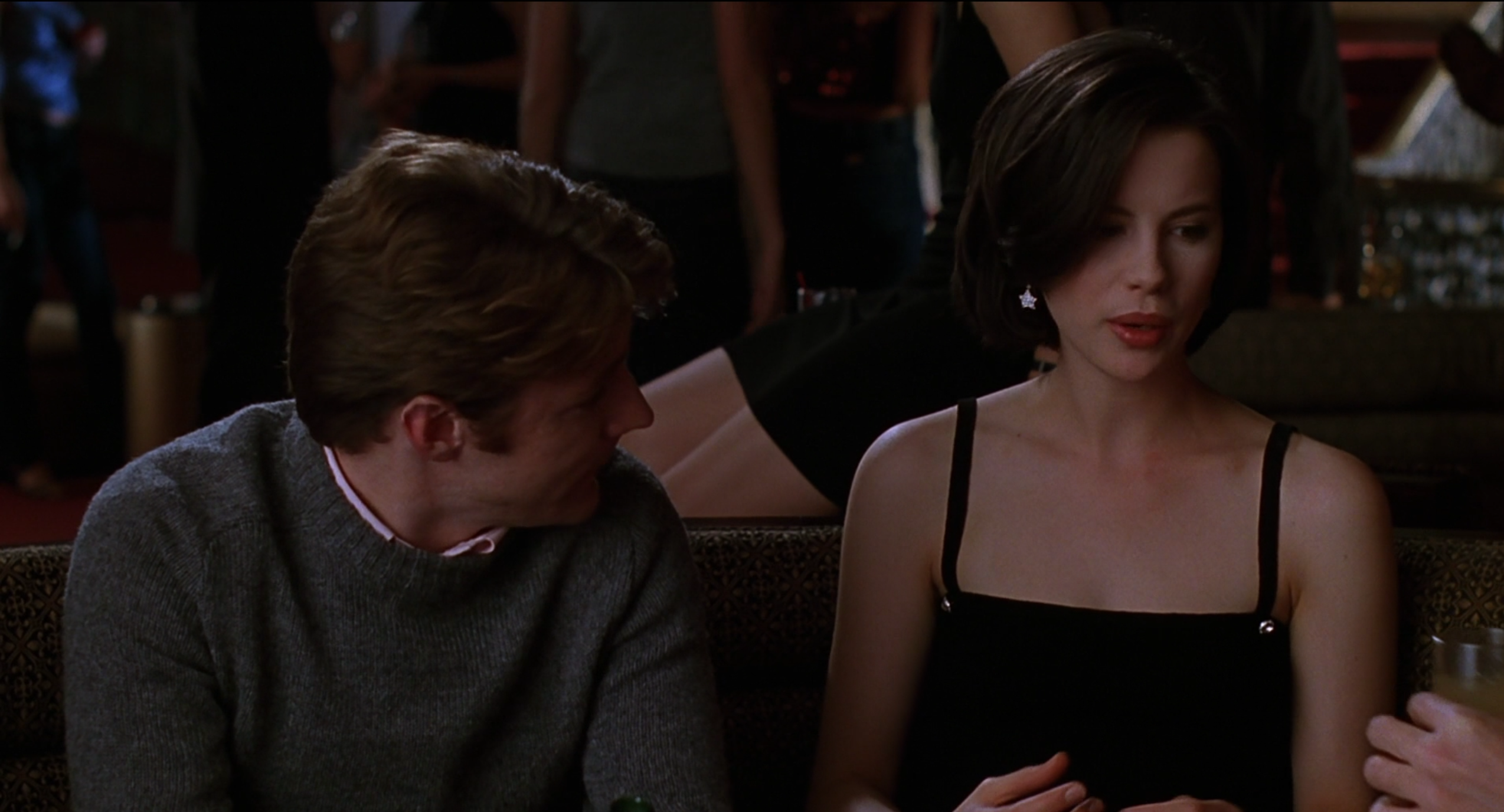 Jimmy in button down collars with tasteful printed silk ties and a nice saddle shoulder shetland. 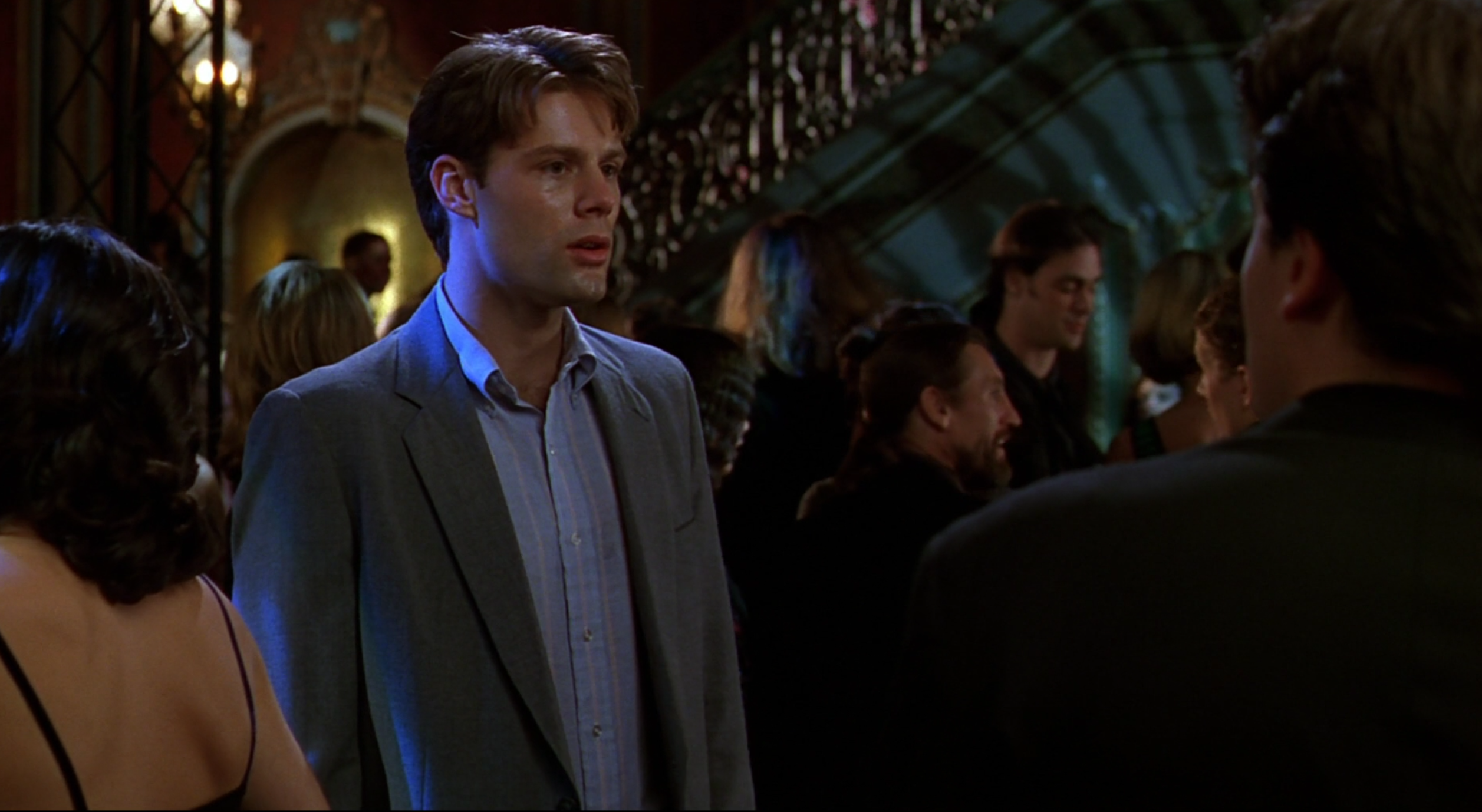 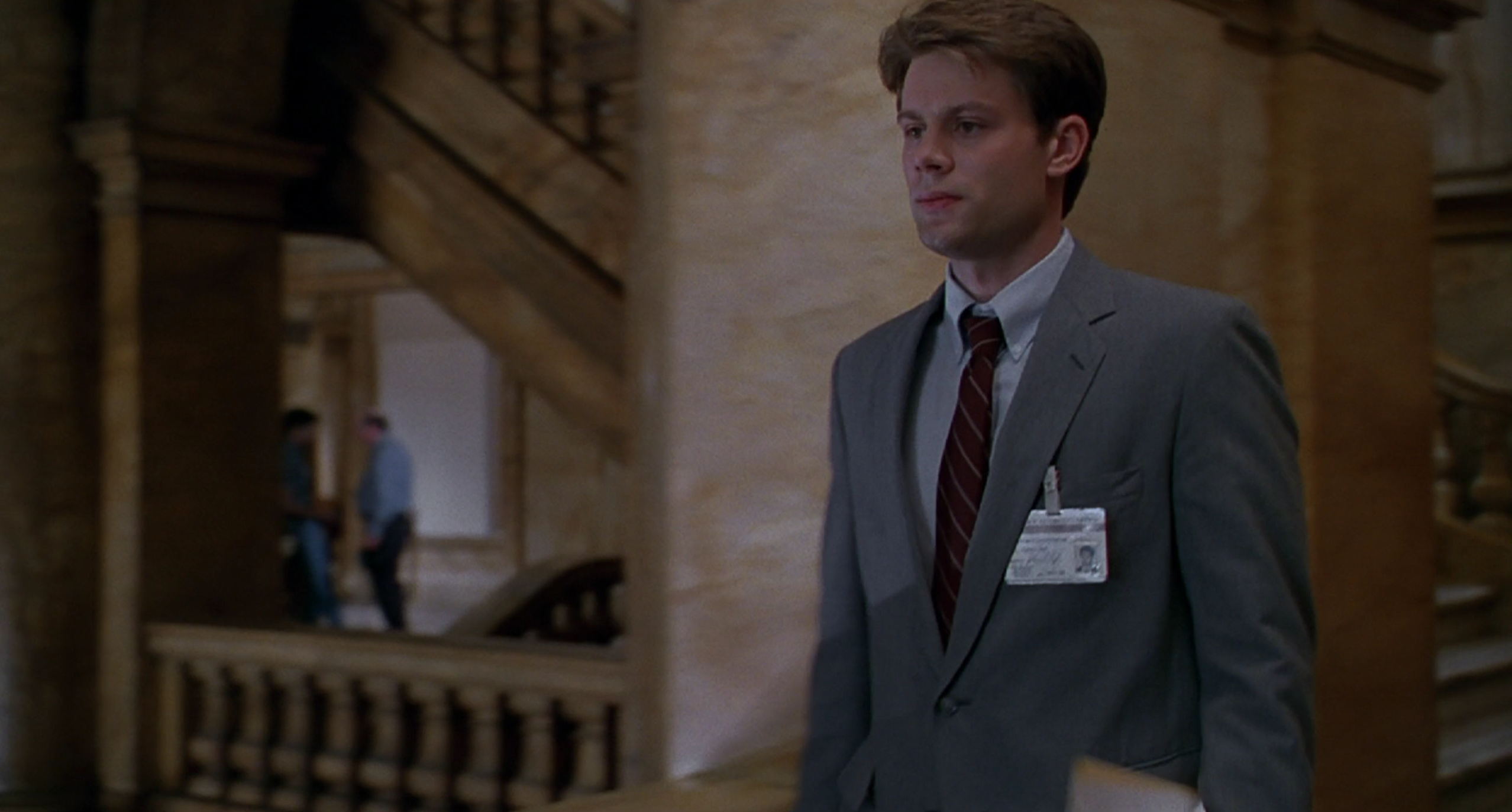 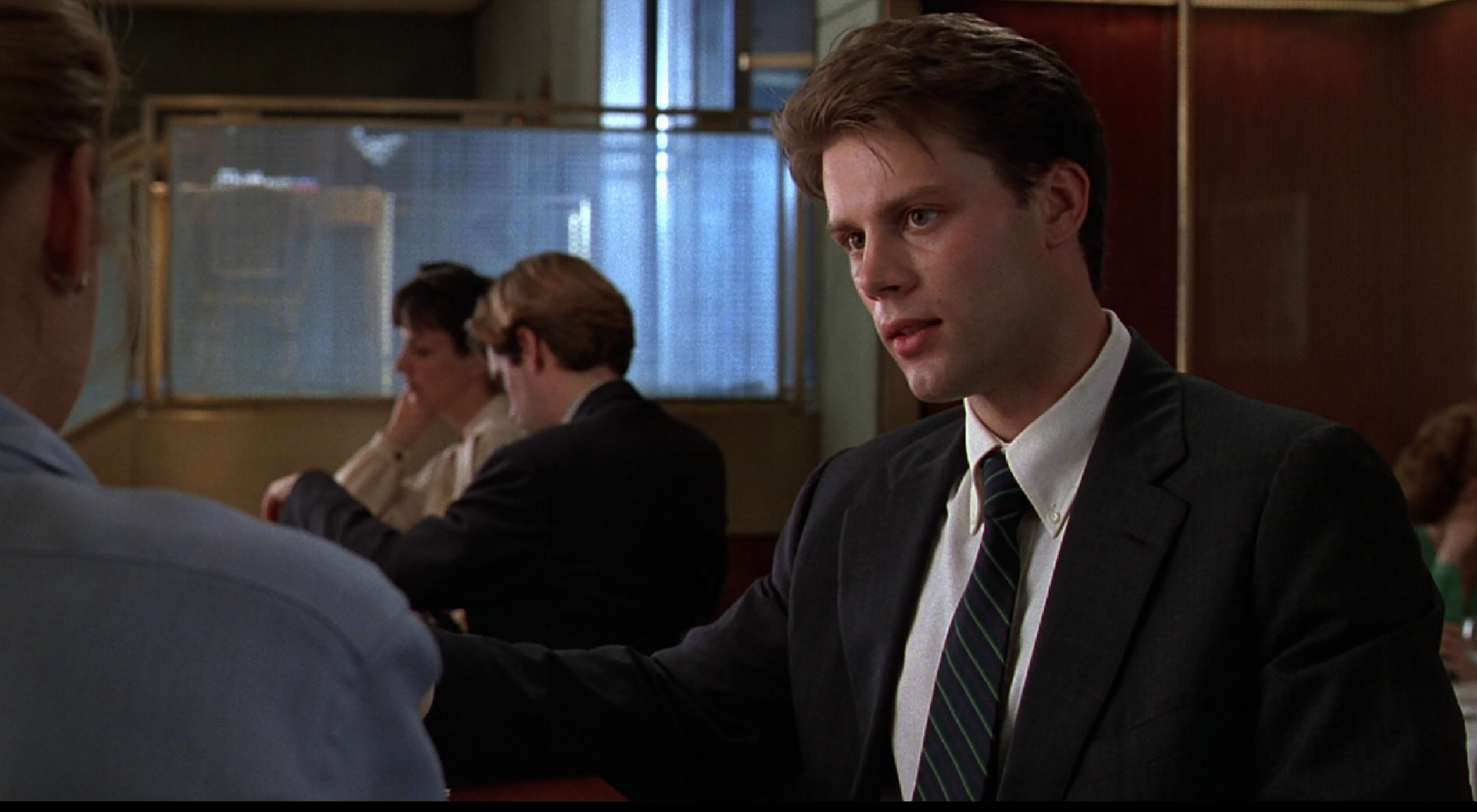 Josh wears the most conservative combos. He’s sort of a Robert Mueller for night clubs in Manhattan in the early 80s. 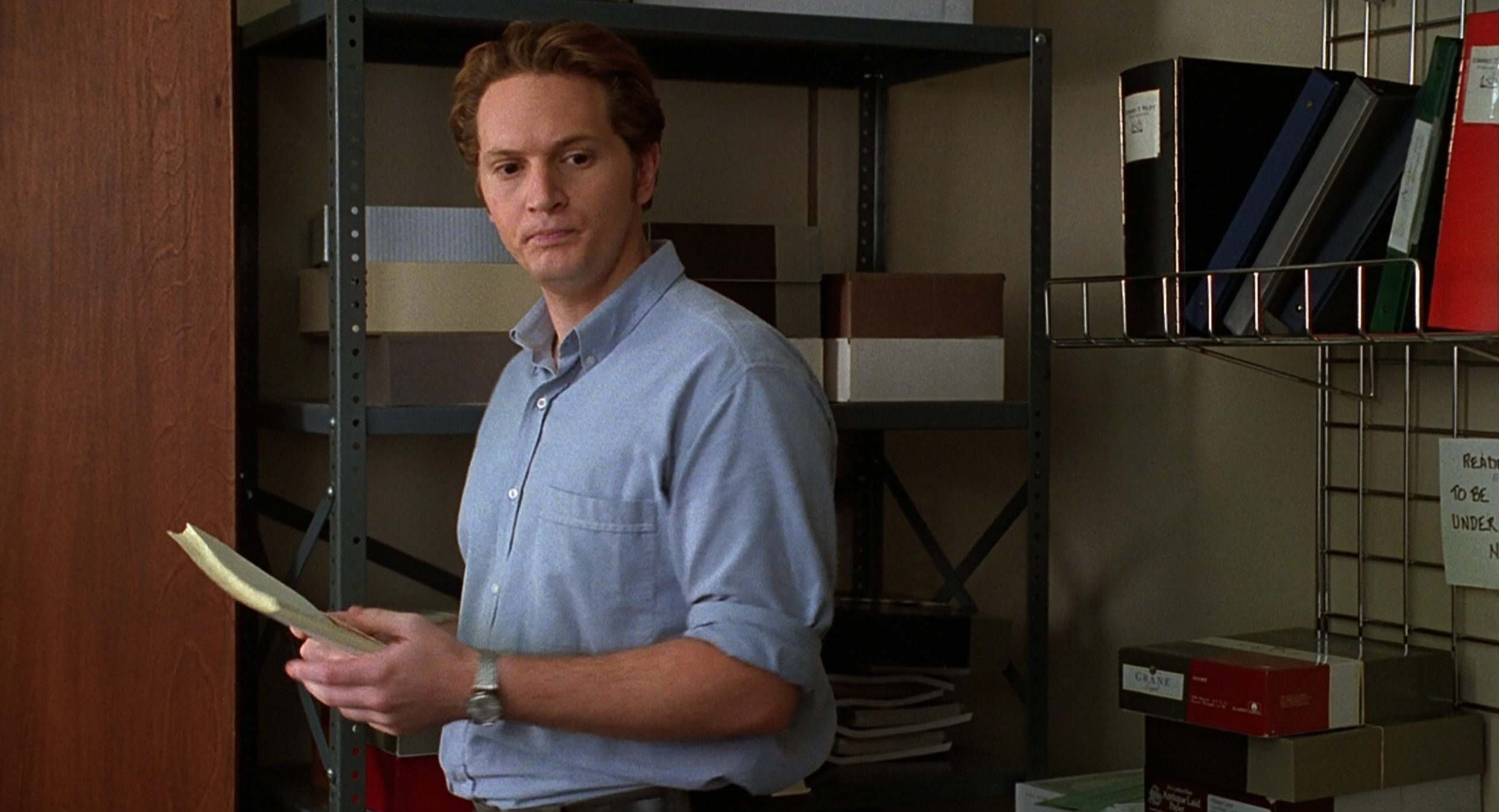 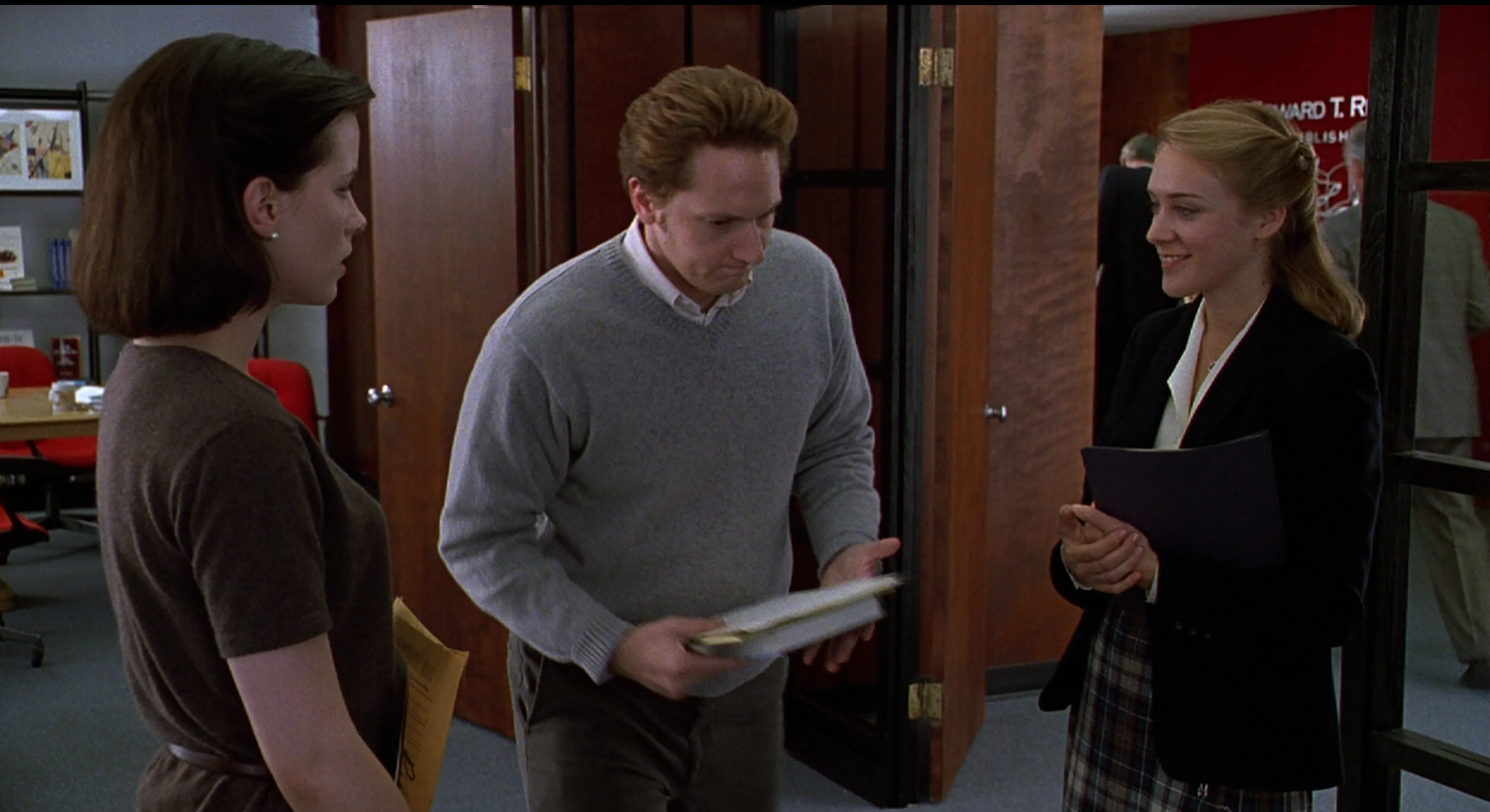 A man of the people, Dan prefers rolled up OCBDs to suits. 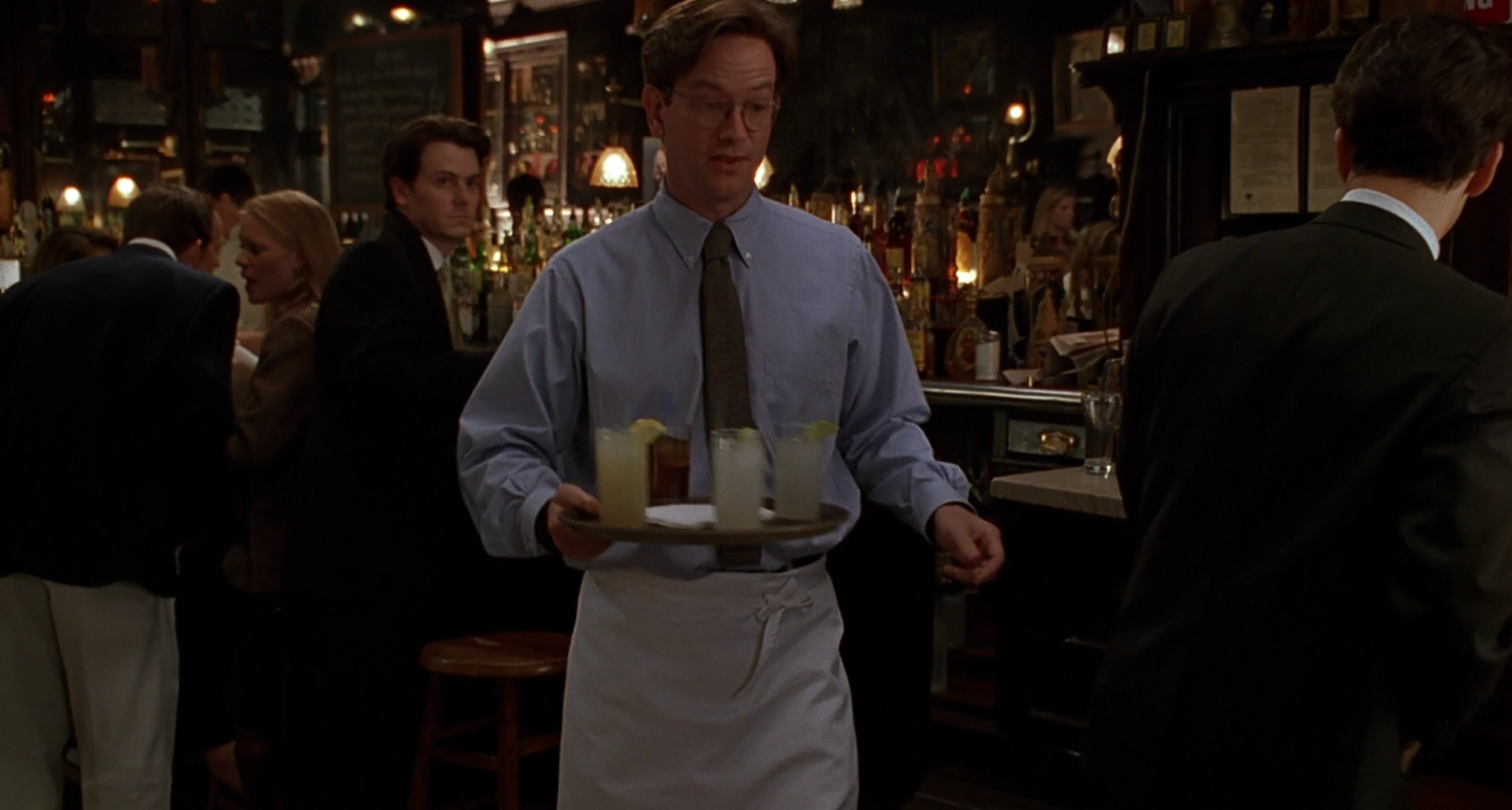 Mark McKinney is in this movie for about 4 seconds, and clearly wears a Brooks Brothers OCBD. Not sure if its era appropriate; looks pretty 90s!