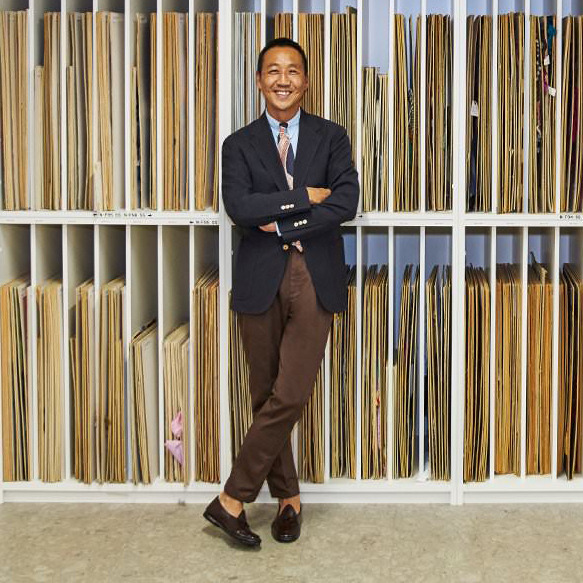 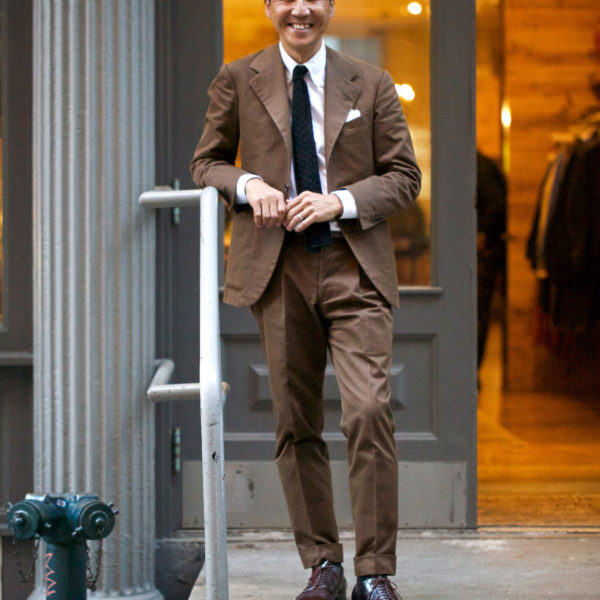 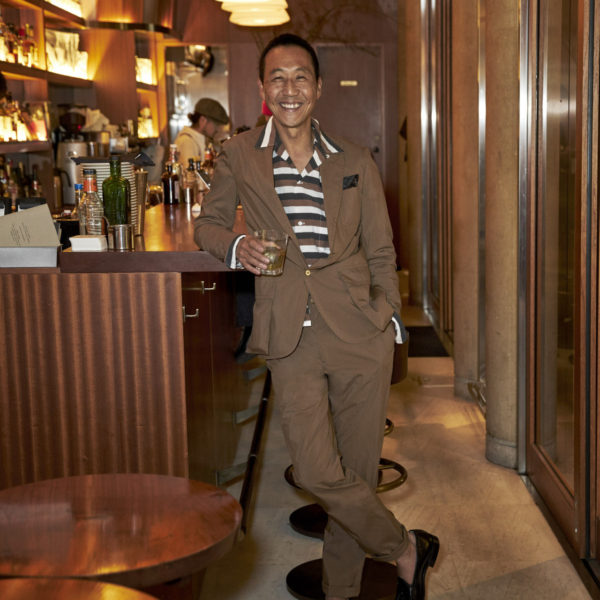 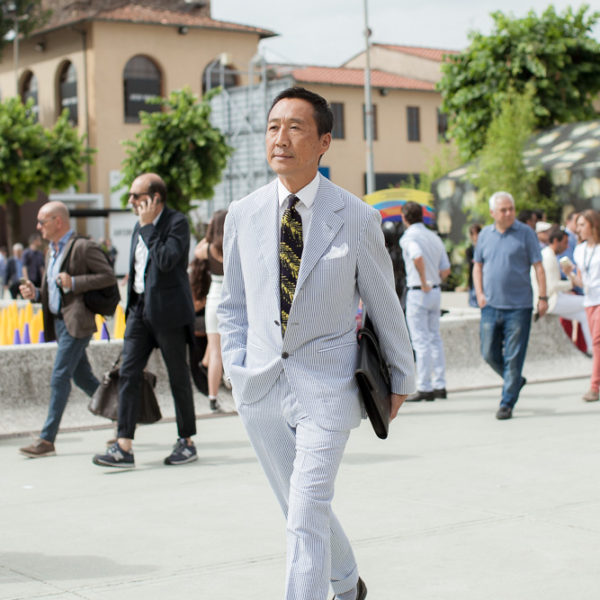 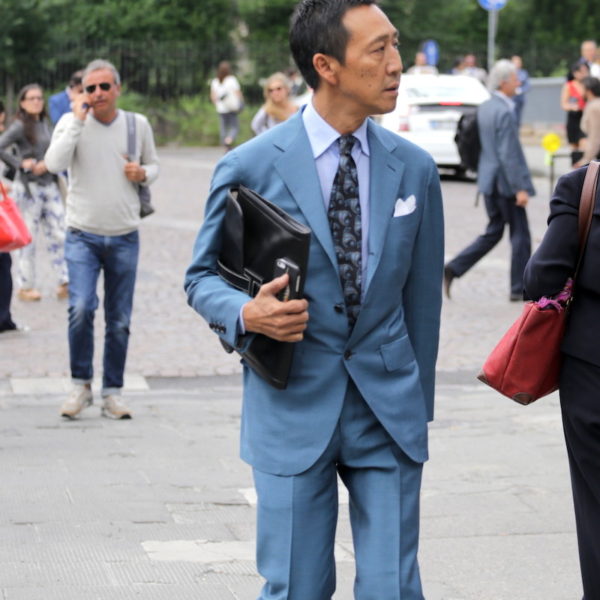 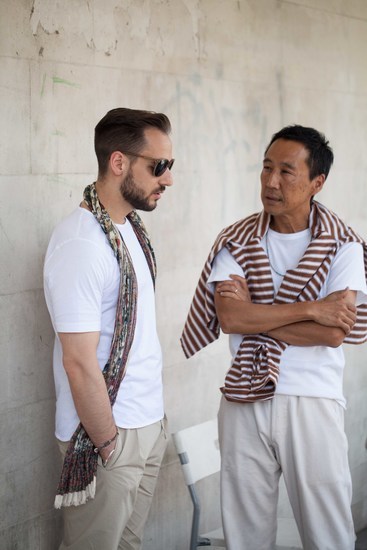 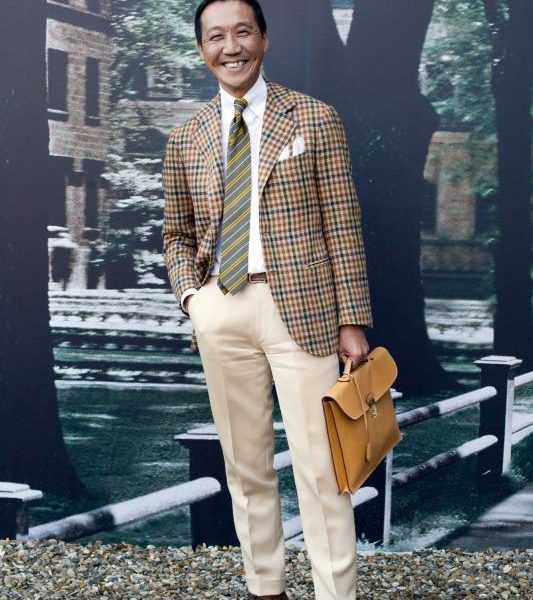 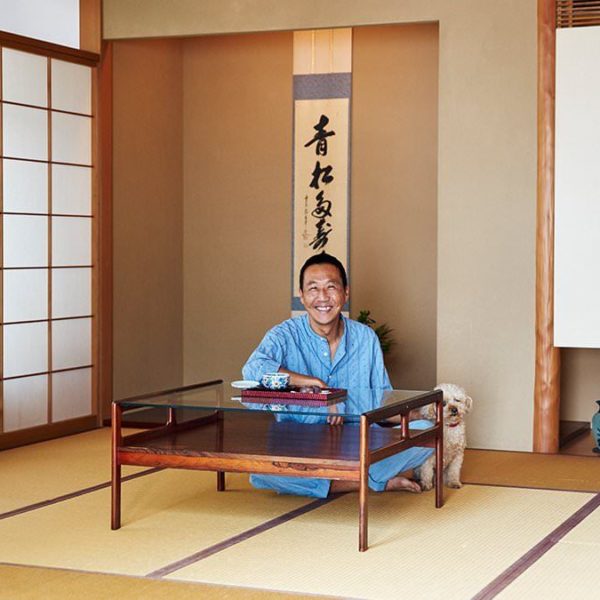 Dressing for fall is relatively easy. Just get some flannel trousers and chinos, and then pile on your knitwear, tweed sport coats, and Barbour jackets as necessary.

What to do for spring, though?

We turn to the often-photographed Japanese designer Yasuto Kamoshita for inspiration. Yasuto was one of the original founders of United Arrows back in the late 1980s and today runs his own (somewhat) eponymous brand, Camoshita. He mixes Italian and American influences, which he says he wears in a slightly more modern, Japanese way. His looks are a bit hip, to be sure, but even the most conservative of dressers can take away some style lessons:

As for why Yasuto sometimes only fastens the bottom button on his jackets? He says he gets the move from Fred Astaire.