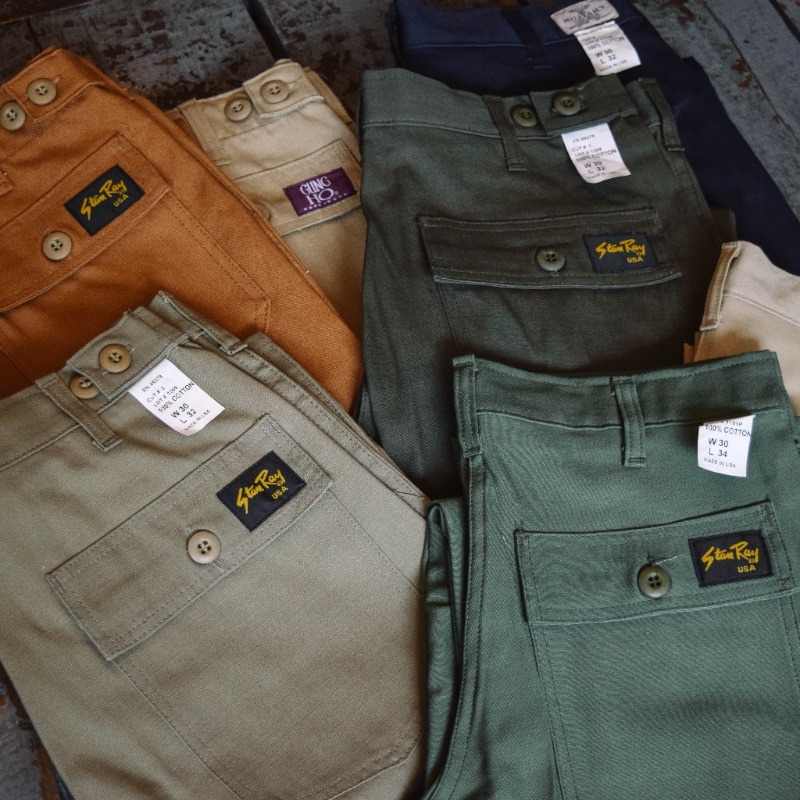 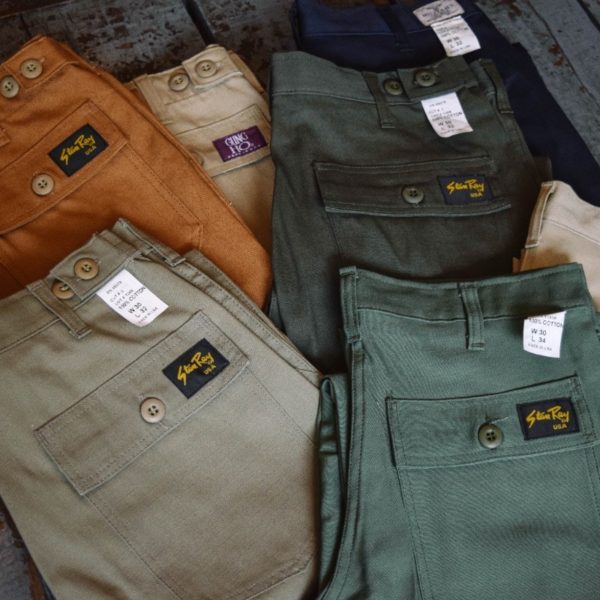 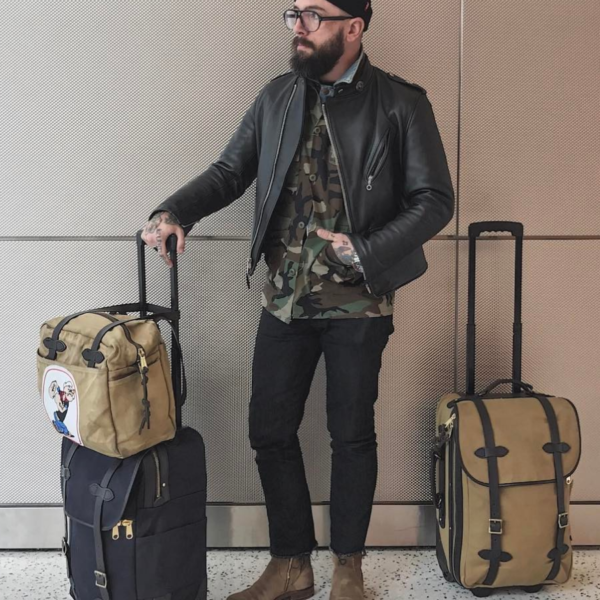 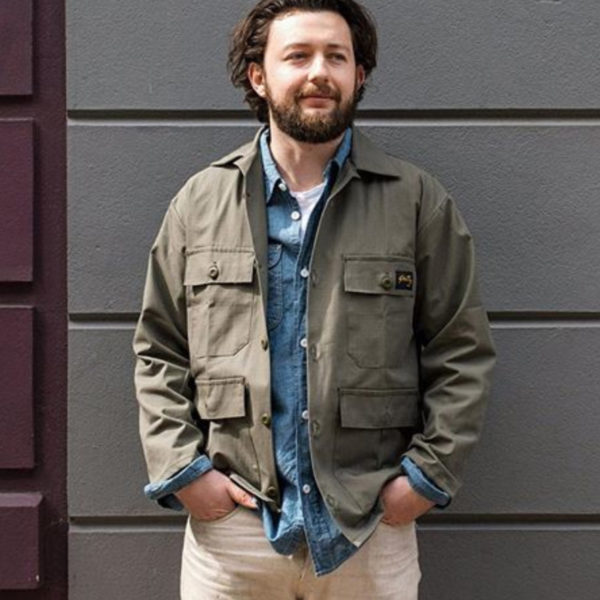 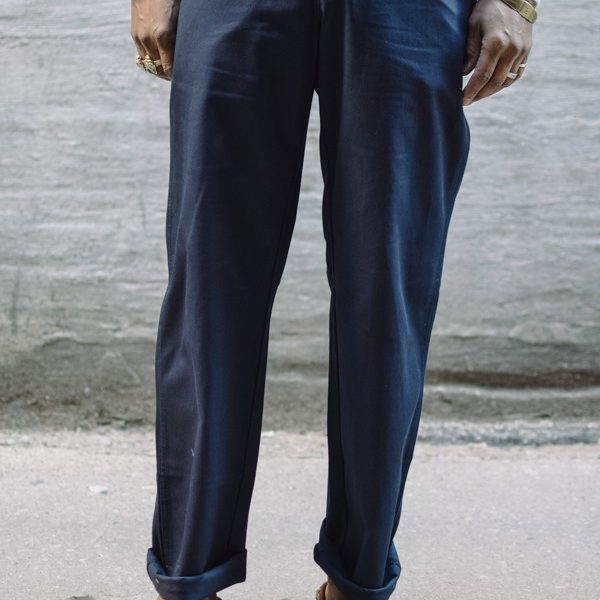 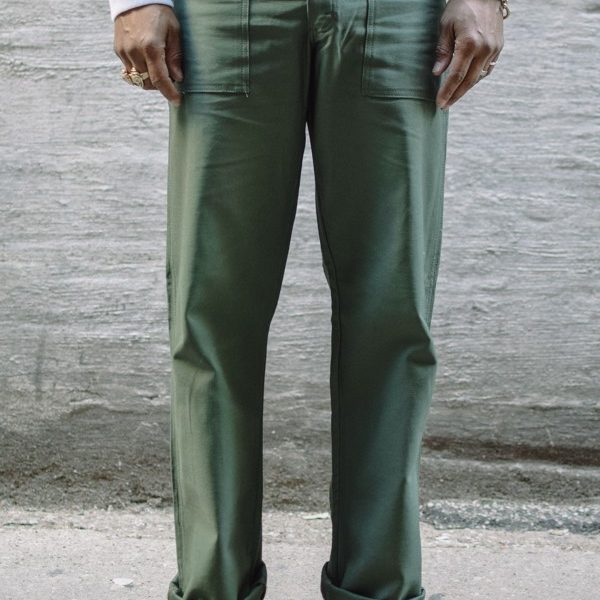 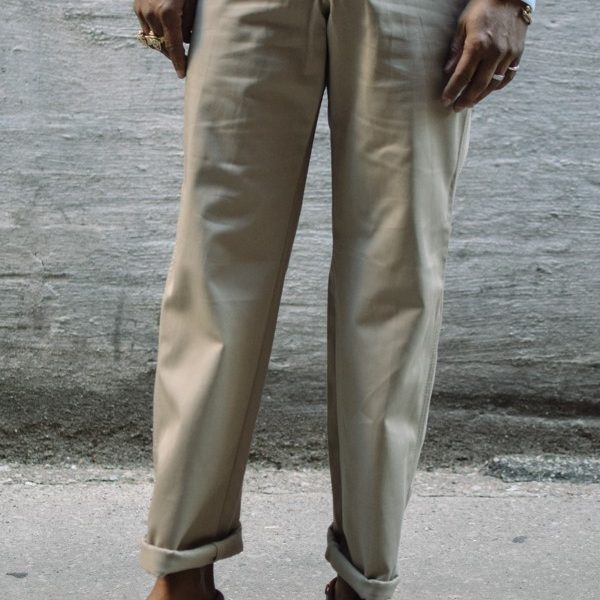 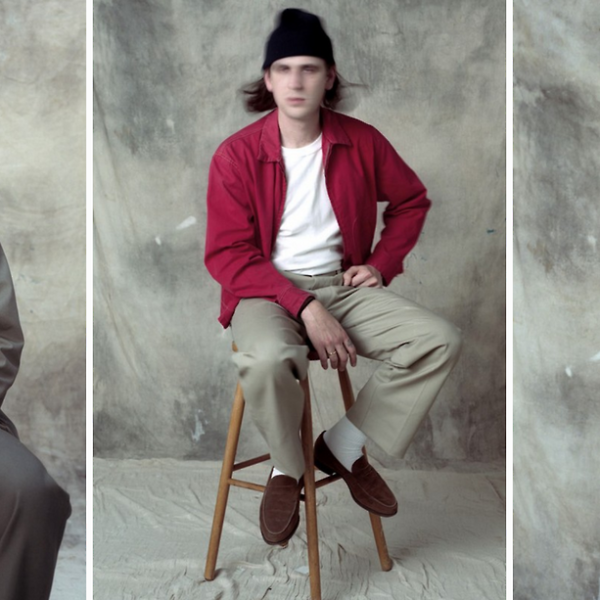 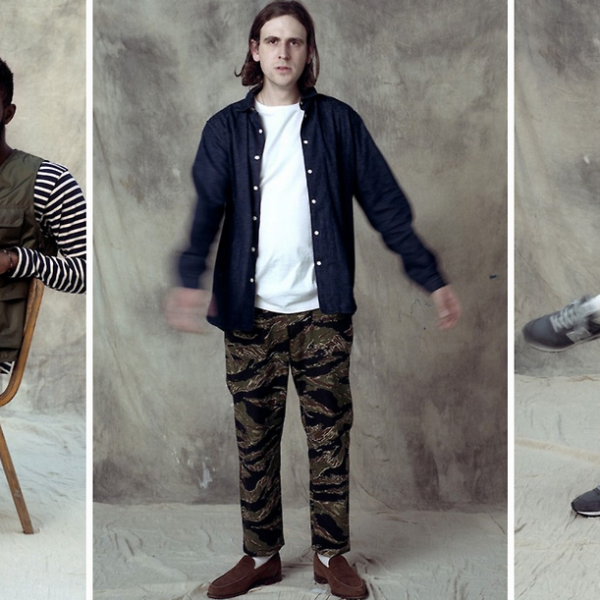 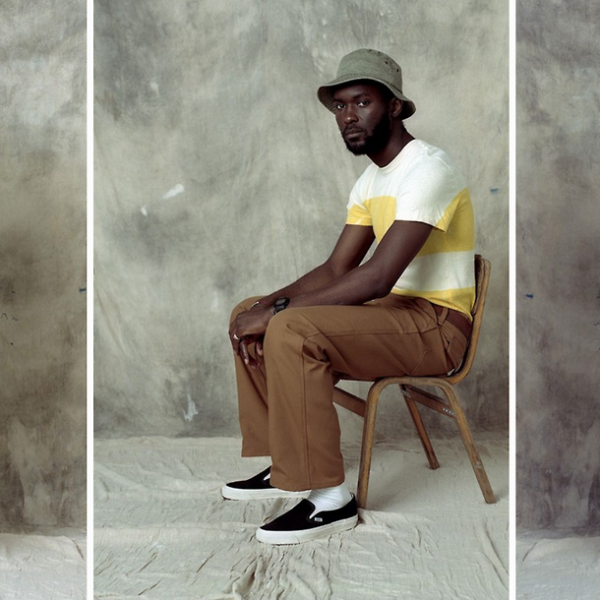 It’s been almost fifteen years since menswear became obsessed with all things Americana. And since then, it feels like no stone has been left unturned – every factory, every workshop, and every studio has been raided for its heritage story. If some Midwestern family has been handcrafting, deerskin leather guide boots since the 1850s, it’s almost certain that a menswear blogger or magazine editor has done a factory tour.

Apparently, there are still some manufacturers that have been glossed over. At least until recently, Earl’s Apparel has been mostly working as a private label manufacturer and supplier of job-site pants to paint stores around the country. Whispers of them sometimes cropped up on various menswear boards, but they’ve mostly gone unknown to a broader audience.

In the last few years, however, they’ve been getting more attention – leading boutiques in the UK, US and Canada have picked up the label; streetwear sites such as Complex, Highsnobiety, and Hypebeast have done stories. I also bought a pair of their pants last year from Urban Outfitters and absolutely love them. They’re four pocket fatigues made from OG-107 sateen (the same fabric used to make US military pants), cut with a full leg and slight taper. Their anti-fashion sensibility somehow makes them oddly fashionable. Like a lot of basic workwear, they go well with loose flannels layered over white tees, rugged leather jackets, and sweatshirts.

Perhaps the most amazing thing about them is the price. With all the rage these days for domestically produced garments, it’s incredible these only retail for about $65. That’s a lot cheaper than Filson’s made-in-USA fatigues, which go for $100 more. On the other hand, Filson’s are slightly better made. My main gripe with Earl’s Apparel is that the interior of their pants are roughly finished with overlock stitches and the buttonholes could be better. These are true workwear pants, not workwear-inspired items specifically designed for the upscale fashion market. Dickies are cheaper by about half, but they’re made abroad using cotton-blends that often have a slight sheen.

If you’re buying for these for style and not just trying to keep your legs protected from paint splatters, it can be hard to decipher the company’s offerings. First, the parent label is Earl’s Apparel, which was started in 1972 by Earl Beard. The Beard family has their own factory in Crockett, Texas, where they employ a handful of sewers to make their pants and overshirts.

Then there are two sub-labels. Gung Ho is a brand they came up with for the Asian market (they were popular for a second in Japan); Stan Ray is for their domestic sales for anyone who wanted their military-inspired designs. Fun fact: Stan Ray was originally called Stanley until the American tools manufacturer by the same name sent them a cease-and-desist letter. So they changed the name to Stan Ray – after Earl’s youngest son, Stanley Ray Beard – which today makes the brand a lot easier to find via Google.

Technically, Earl’s Apparel is for their painter pants and the other two are for their military designs. Since the company is very accommodating, however, they’ve been happy to produce their pants with any name. So, a store can buy their four-pocket fatigues and ask them to put on a label for Earl’s Apparel, Gung Ho, or Stan Ray. Which is why you see so many of the seemingly same pants online with different names.

With the exception of a few collabs – such as the modified fatigues they made for Urban Outfitters – their pants come in three fits. The 1100 series is their original straight leg; the 1200 series is a slightly more tapered version of that. Then there’s their slimmest fit to date, the 1300, which is a bit closer to what you’d expect from a fashion brand. I prefer the 1100 and 1200 fits. They’re not nearly as full as some photos may lead you to believe, although they’re also not slim. The silhouette plays well for people who are just starting to think about how to incorporate looser, slightly more relaxed silhouettes into their casualwear without going full Yohji Yamamoto. I think they look best slightly cropped, with the hems pinrolled up to your ankles. It gives the looser look some intentionality.

The carpenter and painter pants are the fullest, and perhaps the hardest to wear for style purposes. For something reasonably versatile, I’d stick with their cotton fatigues, which come in solid navy, olive, khaki, and black, as well as the occasional camo pattern. Note, these are NOT vanity sized. You’ll want to size up (so if you regularly wear a size 30, you’ll need a size 32 here). The waist will still be snug at first, although the fabric easily stretches. The waist on the 1100 and 1200 also sits fairly high, while the 1300 is more of a mid-rise. Lastly, they have some military style overshirts, which again are a nice value at $65 or so. Those will run true-to-size.

If you’re looking to check out the brand, start with a store local to you. In the US, you can find Earl’s Apparel and their accompanying labels at Snake Oil Provisions, Independence, and Washington Alley. In Canada, they’re at Uncle Otis, Nouvelle Nouvelle, Nifty Do, Still Life, and Four Horsemen. And finally in the UK, you can see the range at Oi Poloi, The Garbstore, Peggs & Son, Goodhood, and Urban Industry. To be sure, some of the stuff here is the kind of workwear people shunned five years ago for not being slim and fashionable enough, but if you’re up for getting a bit more creative with your casual wardrobe – as well as play with fuller fitting silhouettes – you’d be hard pressed to find a better deal at these prices.

(photos via Independence, Highsnobiety, Son of a Stag, and Snake Oil Provisions)