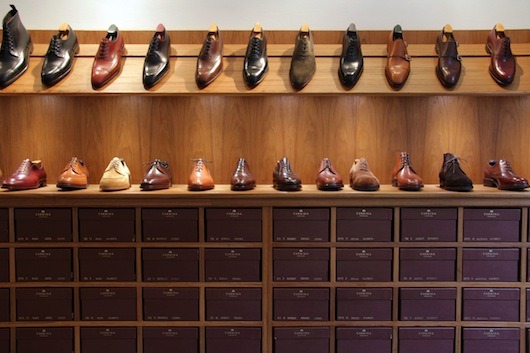 With the strong US dollar, there’s never been a better time to buy abroad – especially for bigger ticket items such as footwear. Of course, shopping from overseas companies comes with some risk. You have to do a little more research in order to determine your size, and returns aren’t always easy. Plus, there’s the risk of getting hit with import duties. Still, with a little luck and determination, you can get some well-made European footwear for really good prices. Here are six labels to consider:

Some notes: To get a better buying experience, consider shopping at a store that speaks fluent English (such as Skoaktiebolaget). It will make getting sizing advice and processing returns (if necessary) much easier. Also consider UK brands, such Loake’s 1880 line and Herring (the second of which is now available stateside through Gentlemen’s Footwear). Although you won’t get the benefit of the good USD-to-Euro exchange rate, both offer solid value for your money.