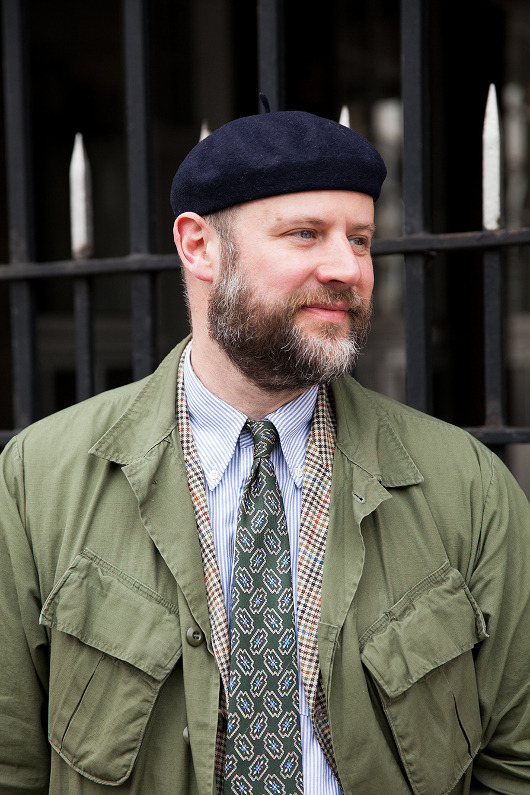 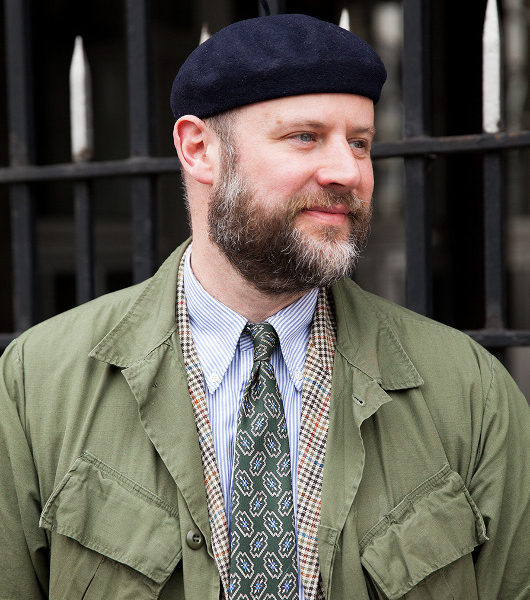 Drake’s recently posted a piece by Tony Sylvester, with whom I share a love for 80s American hardcore music, vintage Army jackets, and nice ties. The piece discusses how Tony found his style and found his way to singing for hard-to-define but generally hard rockin’ band Turbonegro (Tony describes the band as “too dumb to be smart and too smart to be dumb”). Growing up in the London suburbs,

I was looking for something to really hang my identity on; and the second wave of American hardcore came along in the mid 80s which I found out about via skating – Thrasher Magazine to be specific. Hardcore as a culture seemed pretty alien. As this was pre-internet, the information was drip fed sporadically via records and fanzines, which made it all the more enticing. The look was definitely a reaction against the gutter culture of punk and incorporated the jock vibe of skating, military style, a little hip hop swagger, and then this clean cut Ivy League Varsity vibe. I was hooked. I think a lot of that still informs my look today.

Like Tony, I’m fascinated by subcultural tribal identification and clothing, especially youth and music cultures like hardcore and hip hop. I can totally identify with rooting through zines and record sleeves for inspiration, whether I found that in lyric sheets or a band’s style. I love seeing how Tony brings his perspective to tailored and vintage clothing.